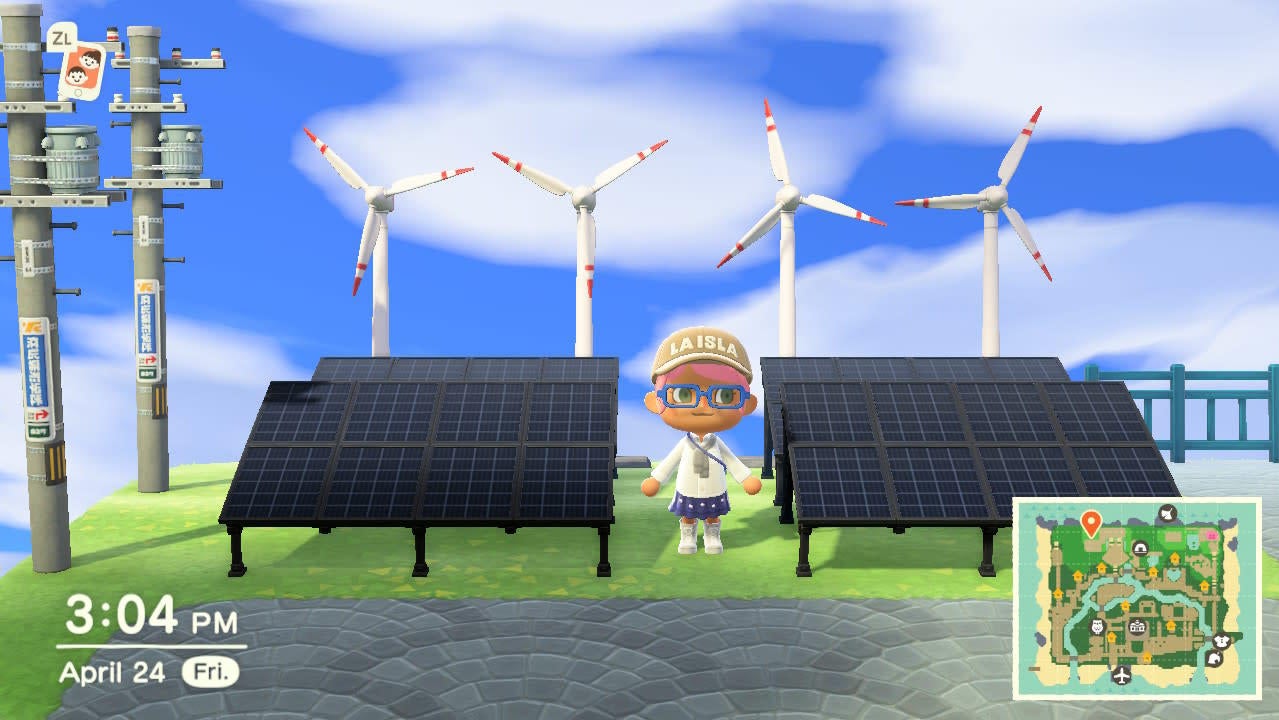 In the world of Animal Crossing: New Horizons, there’s no such thing as Earth Day. This video game full of cute anthropomorphic villagers celebrates Nature Day instead. Like everything else in the game, Animal Crossing has managed to turn a pretty awful real-world situation (i.e. ecological collapse) into a playful event. That’s part of what I love about the game: It’s idealistic, and nothing is ever really wrong here (even if I sometimes wish it were). Well, it turns out that this commemoration of Earth, nature, and all things wild isn’t much different in the game than it is in real life. And that’s just another reminder to me about how much real Earth Day sucks.

Both Earth Day and Nature Day do very little to actually improve the environment. Instead, they give us”and bogus capitalist pigs“a chance to pat ourselves on the back and think, â€œWell, at least I did something good for the planet today.â€ That holds no consequence on the paradise that exists in Animal Crossing, but I can’t say the same for our world.

We should be helping improve the plant every day. That’s the ethos here, and it’s why we don’t do Earth Day. After all, shouldn’t every day be Earth Day when the planet and its inhabitants are suffering at this level? Even capitalist overlord Tom Nook, to whom you are constantly in debt in Animal Crossing, knows this. 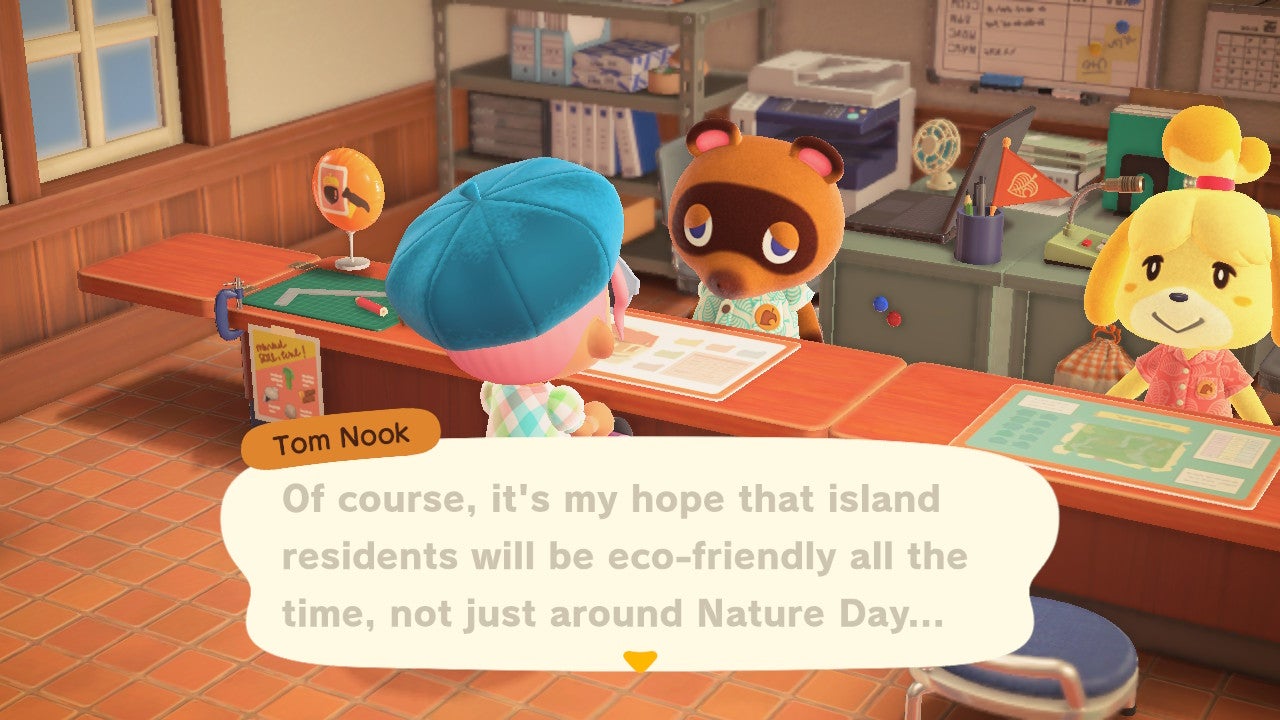 Unfortunately, just as Mr. Nook likes to talk about his love for the environment on Nature Day, so do many corporations and companies on Earth Day. Throughout the rest of the year, however, these same actors may support extractive, exploitive behaviour”such as the chopping of trees or taking of wildlife, as is the case in the game. In the real world, the stakes are much higher. The same players who are literally fuelling the climate crisis through oil and gas exploration are the ones putting up a front as though Earth Day means a thing to them.

Take the American Petroleum Institute, for example, science tells us the exact opposite. As far as I can tell, Earth Day just gives shitty companies and organisations an opportunity to pretend they care about the planet even if they’re exactly what’s killing it.

Nature Day doesn’t feel all that different albeit less extreme and evil.

Festivities kick off April 23 instead of April 22 in Animal Crossing. The day begins with cute little Isabelle, a yellow dog who handles island updates, informing you that Nature Day activities will go on until May 4. â€œNow let’s get in the eco-friendly spirit, everyone!â€ she says. What does this all involve? Oh, y’know, the usual planet-saving activity: planting some shrubs, building some wreaths, crafting fences for your garden.

That is literally what the game’s Nature Day involves. You get one task a day that is deemed â€œLimited-time Nature Day activities!â€ Each time you complete one, you receive Nook Miles, which is a form of currency in the game. This sorta mirrors what happens in the real world: You do something environmentally friendly to reward yourself. In the real world, we don’t get paid for it”unless you’re a brilliant (and evil) public relations mastermind who creates climate denial campaigns for fossil fuel companies. Instead, we reward ourselves with feelings of apathy and complacency. We tell ourselves we recycled that bottle or planted that tree, so our work is over. We think we’ve done enough, that these little tiny tasks can save the world.

That may be the case in the digital island I’ve created in Animal Crossing, but that sure as hell isn’t the case on Planet Earth. True climate activists know this. That’s why many no longer focus on the trivial tasks that some may promote during their Earth Day campaigns. Instead, they focus on collective organising, education, lobbying politicians, and changing the political system to stop those same corporations that feed us lies from snaking their way into the pockets of our decision-makers.

All that work takes more than a day’s labour. Unfortunately, Earth Day has failed to properly communicate the necessary action to solve the climate crisis. The event began as something powerful, pushing for environmental protections such as the U.S.’s Clean Water Act and Clean Air Act. Since then, the holiday has only devolved into greenwashed marketing campaigns. And none of that is gonna change anything.

On my Animal Crossing island, which I’ve named Timeless, I didn’t wait for Nature Day to begin creating a sustainable society for my villagers and me. Some of my first purchases were solar panels and wind turbines. Whenever a gas pump or barrel of oil is for sale in my store, do I buy it? Hell no.

Right now, I’m building out a renewable energy centre full of benches and waterfalls so that Timeless villagers know what we really need to do if we are to better the environment. And that’s ultimately to run a world on clean energy that everyone can enjoy equally. Planting trees and shrubs won’t save a damn thing in the virtual world, and that won’t do enough in the real one.