How do you separate greatness? You can only try. And remember that hexes > grids.

In this latest instalment of Pecking Order, I’m going to be choosing between some of my favourite, and most-played games of all time. From the original all the way through to Civilisation VI’s expansions, I’ve been lucky to enough to experience every Civ game at launch, and I’m going to be pitting my memories of each against one another in this showdown.

What Makes separating these games tough is that, when you look at them as a whole, they’re so similar. While nips and tucks have been made, and systems introduced and overhauled, many of the most basic mechanics have remained almost untouched for almost 30 years. This speaks volumes as to how enduring the series core design is, sure, but it also makes picking between games a lot harder than a franchise where, say, the first game has almost nothing in common with the last.

A few notes before we begin: only the primary Civilisation titles are being included. That explains why the original Colonisation is not at the top of the list, and also why Beyond Earth, Alpha Centauri and Civilization Revolution are also missing. This list was hard enough as it was when only dealing with the six main games.

Sorry, Civ II. You were, and in many ways still are, an awesome game. Your Second World War scenario is maybe the most underrated joy to be found in the entire series, as it’s good enough to stand as its own game, and some people out there found ways to play this for over a decade.

But somebody had to come last, and that somebody is you, because there’s very little about Civilisation II that you can recommend that isn’t done better elsewhere in the series. 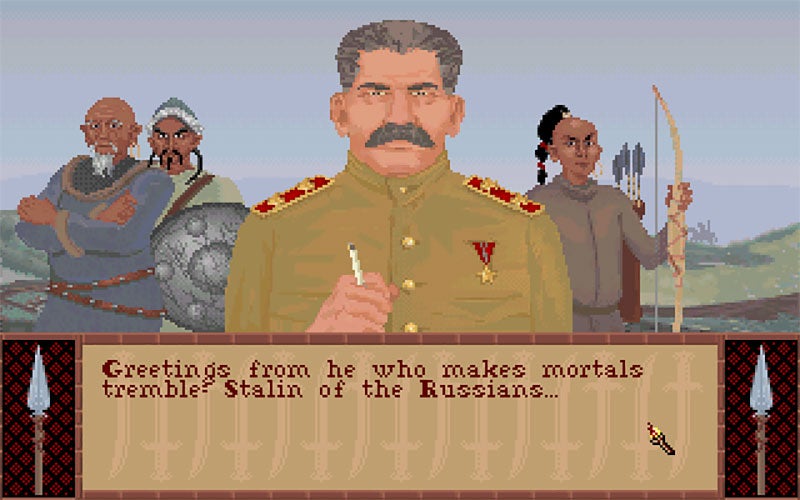 Yeah, I put the original above Civilization II. By most accounts it shouldn’t be, I know, and this is going to sound crazy, but do you know what I loved most about the original game, and what sets it apart? The full-screen imagery that for the most part has never been seen since. Think rioters marching in a city, or even better, the diplomacy system where you’d get to see medieval rulers in modern business suits, or vice versa.

That stuff was great. I miss that. 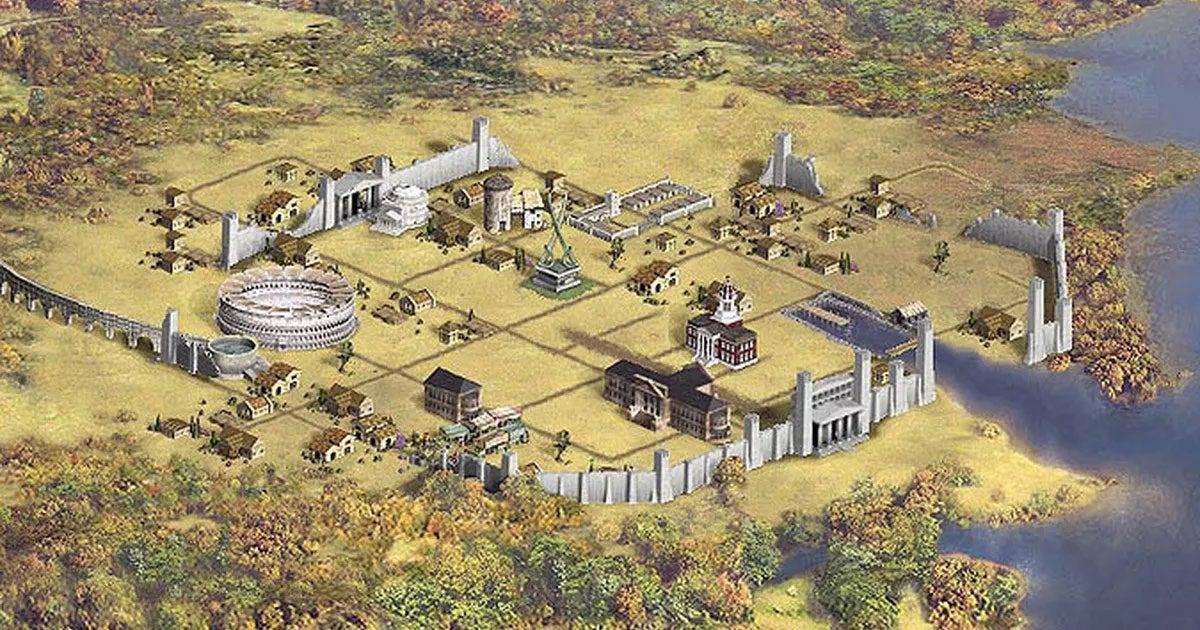 Civ III introduced religion and, more importantly, national borders for the first time and did an admirable job of it. The latter especially was a big deal that I don’t think enough people appreciate, because without those borders earlier Civ games were an infuriating free-for-all with little sense that your empire was a cohesive whole.

Civ III also has, I think, the best map editor of the series. And even almost 20 years later, still looks damn pretty. 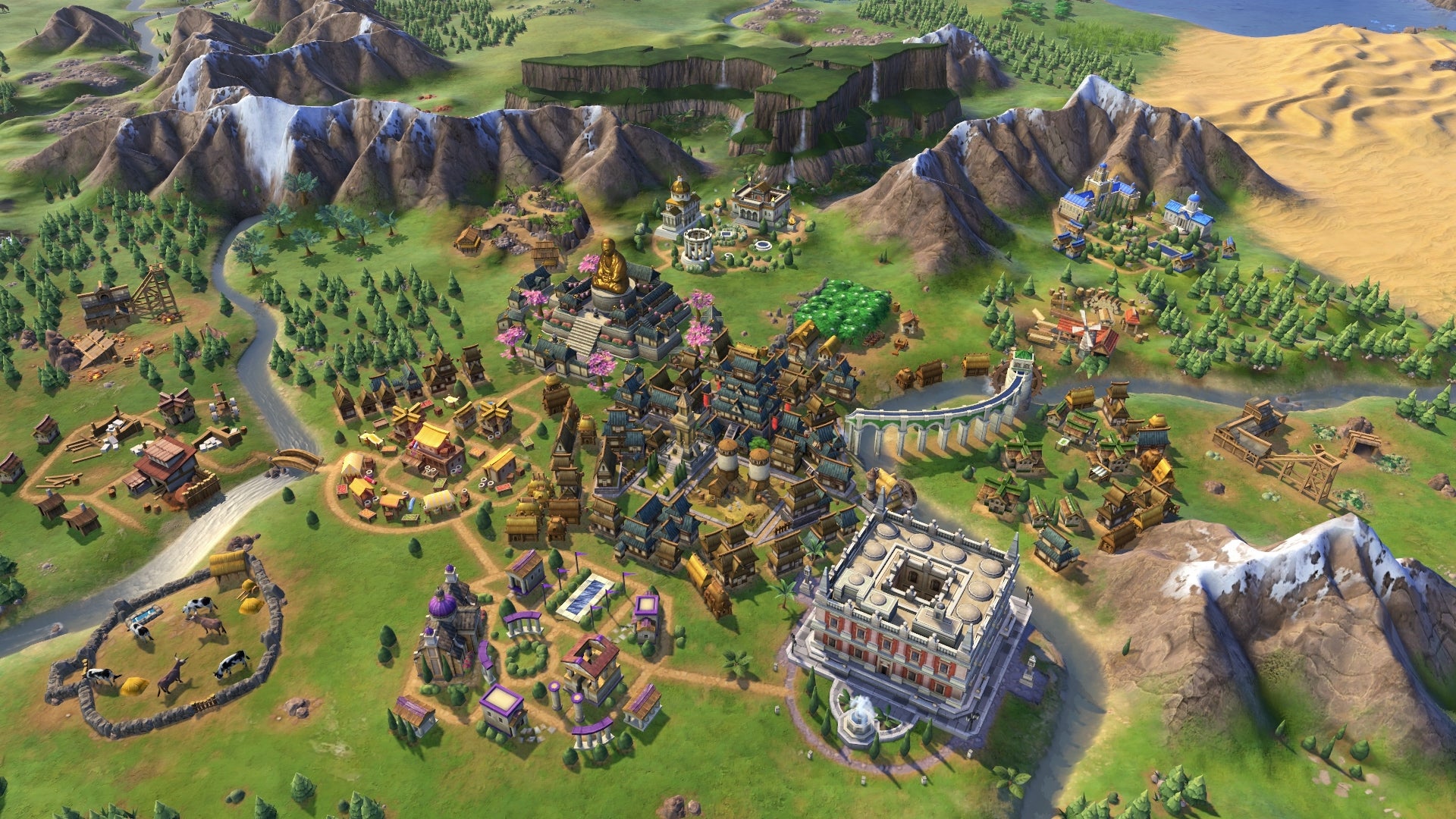 I just couldn’t bring myself to put it any higher. Yes, there are many ways you could argue that Civilisation VI is the pinnacle of the series, most of them boiling down to the fact it has decades’ worth of hindsight to draw on and mistakes to rectify, but while in previous years I’d have replayed Civ games to death, Civ VI just hasn’t had the same draw.

But mostly it’s down to the fact it was just another Civ game. There are only so many times you can repeat the same formula over 30 years before it gets stale, and I think Civ VI is the game that finally hit that ceiling.

All that said, this is still a fantastic video game, and its most recent expansion has brought climate change to strategy gaming in an elegant and practical way. 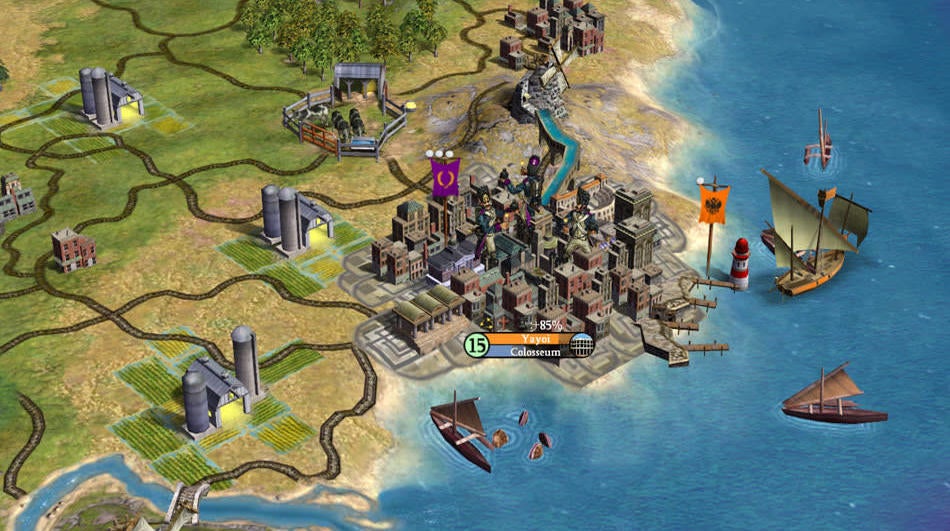 The leap between Civilisation IV and V is perhaps the biggest in series history, and there’s a very good reason for that: because Civ IV took everything about the series’ original vision”the one based on a grid and unit stacks”and pretty much perfected it.

Even the little touches in Civ IV, the icing on the cake, were the best. Think the Grammy award-winning theme song, or Leonard Nimoy’s narration, which peaks with his amazing “pig iron” intro. 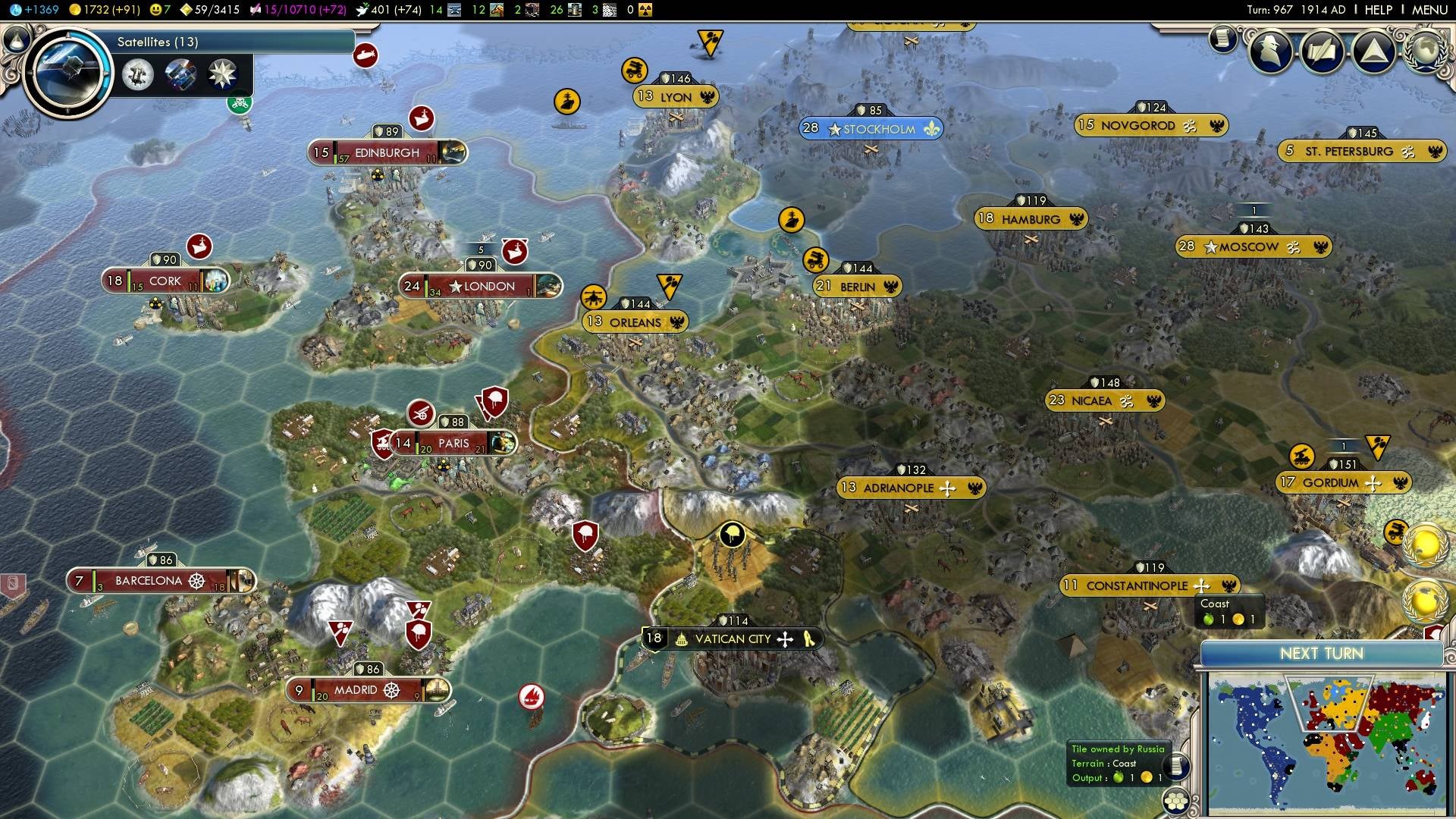 And so we come to first place. If Civ IV took Sid Meier and Bruce Shelley’s original design and nailed it, Civ V had to come along and improve on that, and it did.

The hexes and removal of unit stacking, both tedious relics, were a good start. But it’s through the game’s expansions that Civ V has really shone. The changes introduced in its second update, Brave New World, make this not just the best Civ game of all time, but one of the best video games of all time.

Ten years on from its release, and with a whole new game having followed suit, Civilisation V remains the pinnacle of the Civilisation experience, the most ideal balance between its competing systems and ideas. There’s a lot to do, but unlike Civ VI, not too much. Your AI opponents are at their most charming. It handled intangibles like culture, ideology and faith wonderfully.

It’s a game so good I reviewed it twice.

AU Editor’s Note: I’d argue that the worst Civilization should be the one that Activision made, as that was totally a mainline Civilization when it was released (same year as Alpha Centauri). But that’s a story for another article.