Final Fantasy VII Remake looks so damn good, and it’s full of tiny graphical flourishes. You can even see which colour materia Cloud has equipped in his sword. That might be why it’s so much more noticeable to me that Cloud can’t close doors.

I’m only eight hours into playing the game, so maybe Cloud picks up a materia later that gives him the elusive door-closing ability. Also, it doesn’t actually matter to me that Cloud can’t close a door behind him in this game. It is very funny, though.

There haven’t been that many doors that Cloud needs to open or close, outside of cutscenes, during which he appears to have no problem closing a door. The handful of doors that Cloud has left open so far present some pretty hilarious problems, though. The main door that Cloud cannot close is the door to his own apartment.

I noticed this quirk even more when I was further into the game and had to do a mission in which Cloud sneaks into a building, steals something, and sneaks back out again. I just wanted Cloud to close the door behind him after he had snuck back out so that no one would know he had been in there. But the game won’t let Cloud do it. I thought for at least a couple minutes that I would fail this mission because I couldn’t figure out how to close the door. But nope. You just have to leave it open. And it never matters.

Of course I can guess the real reason why Cloud can’t close doors in this game. It’s a tiny detail that has no impact on gameplay, the type of thing that falls by the wayside for busy game developers who have tons of other tiny details they wish they could include. A friend of mine who worked on Bioshock: Infinite once told me the reason why Elizabeth turns to look at the protagonist so often during regular gameplay was that someone had decided to stay late on their own time and make sure it happened. Their thinking was that it would make Elizabeth seem more human—and it does.

I don’t know anything about the development of Final Fantasy VII Remake, but I’m guessing based on the final product that its developers felt similarly about their own creations and also took the time to implement as many small details as possible. It’s ok with me that those other details made it in and Cloud’s ability to close a damn door did not. 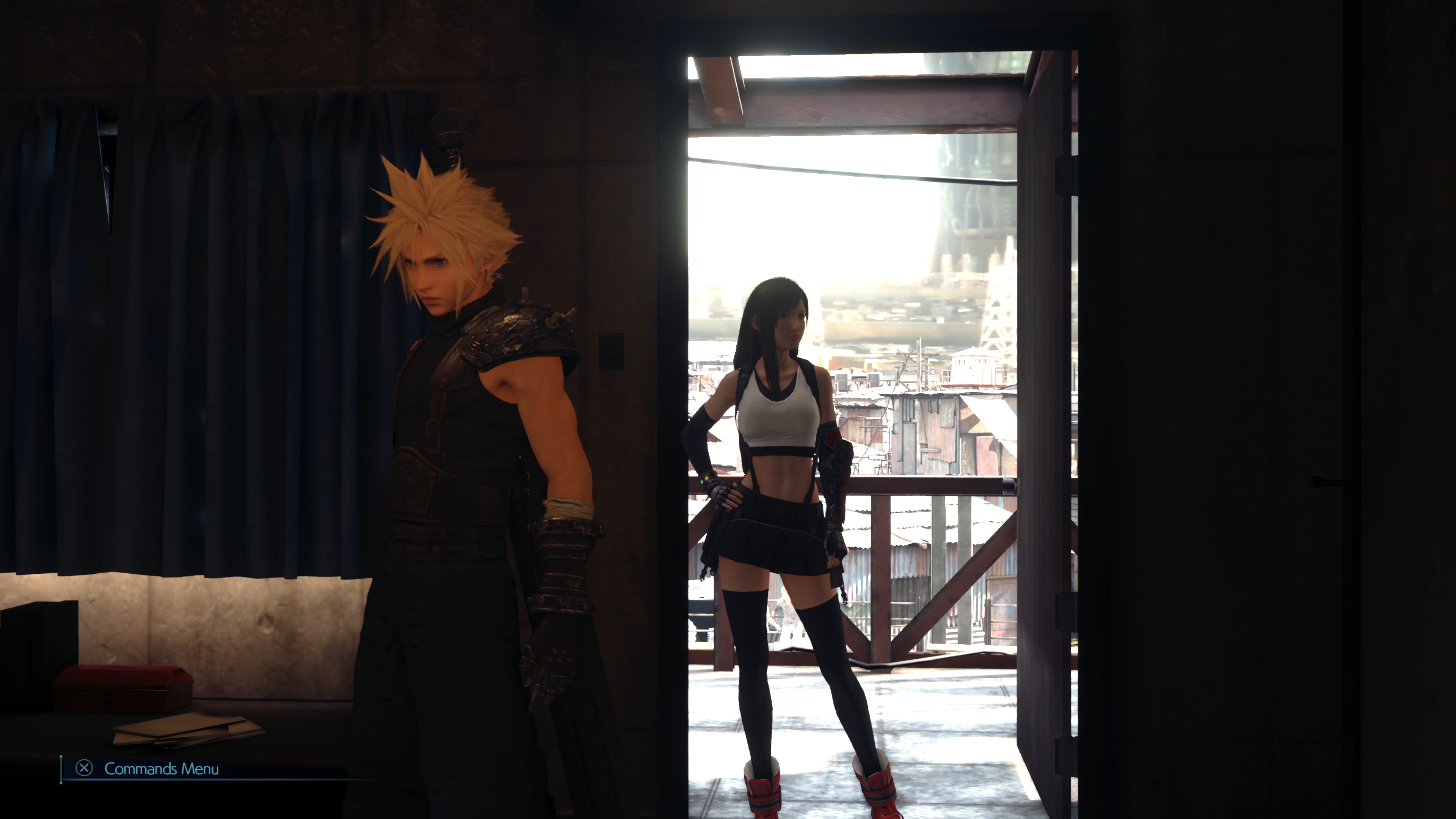 Poor Tifa. She puts up with so much. (Screenshot: Square Enix, Kotaku)

If it does bother you that Cloud can’t close the door to his apartment, though, know that if he walks all the way down to Seventh Heaven and back up to his apartment again, the door will be closed. Presumably because Tifa closed it for him.