Crustle Is Only Confident When It’s Thicc 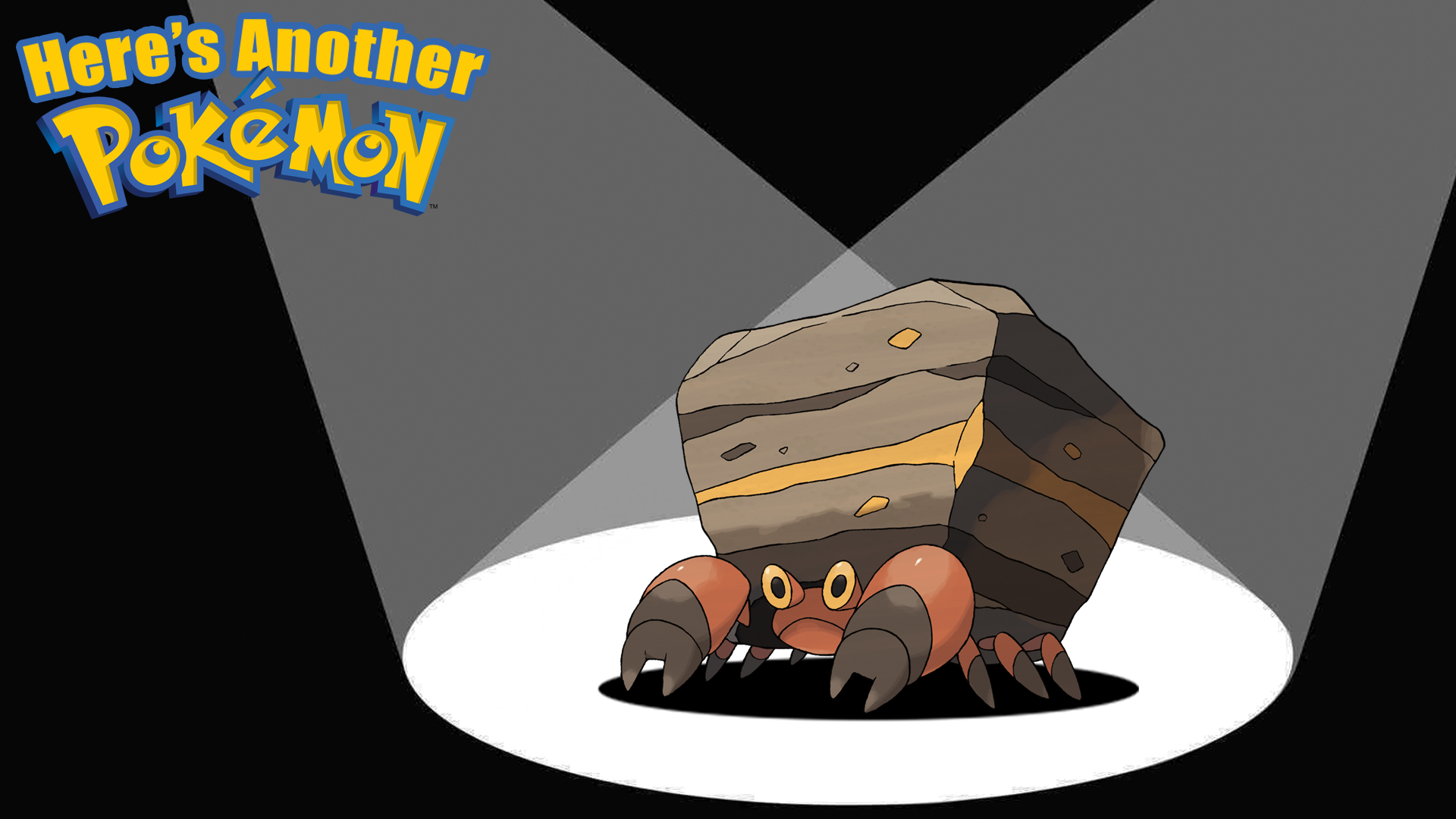 Every Pokemon is interesting and worth talking about. I don’t play a ton of Pokemon, but I do enjoy the universe and I love learning more about the creatures in it. So, Here’s Another Pokemon! It’s Crustle!

Confidence is hard to gain and so easy to lose. Someone very wise said that once, I think. I don’t know. But it’s true, not just for people either. Pokemon can have a lot of confidence or can feel like they are failures. They are complex creatures with emotions, which makes it all the weirder that kids collect them in a small ball and make them fight, but whatever. Crustle is a Pokemon who is normally very confident, with its big, thick slab of rock on its back. But if this breaks, this Pokemon loses that confidence and becomes weak and unsure of itself.

Crustle is a bug that sort of looks like a crab. On its back, it carries a large chunk of ground. It looks like a block of sand or dirt from a modded Minecraft server. This chunk of rock and dirt can weigh a lot, upwards of 300 lbs (!) and yet Crustle doesn’t care. According to Bulbapedia, it can and does carry this block of rock for days and days, walking through deserts and other arid lands with no issues. This is Crustle at their most confident. They are thicc and the world is theirs for the taking. 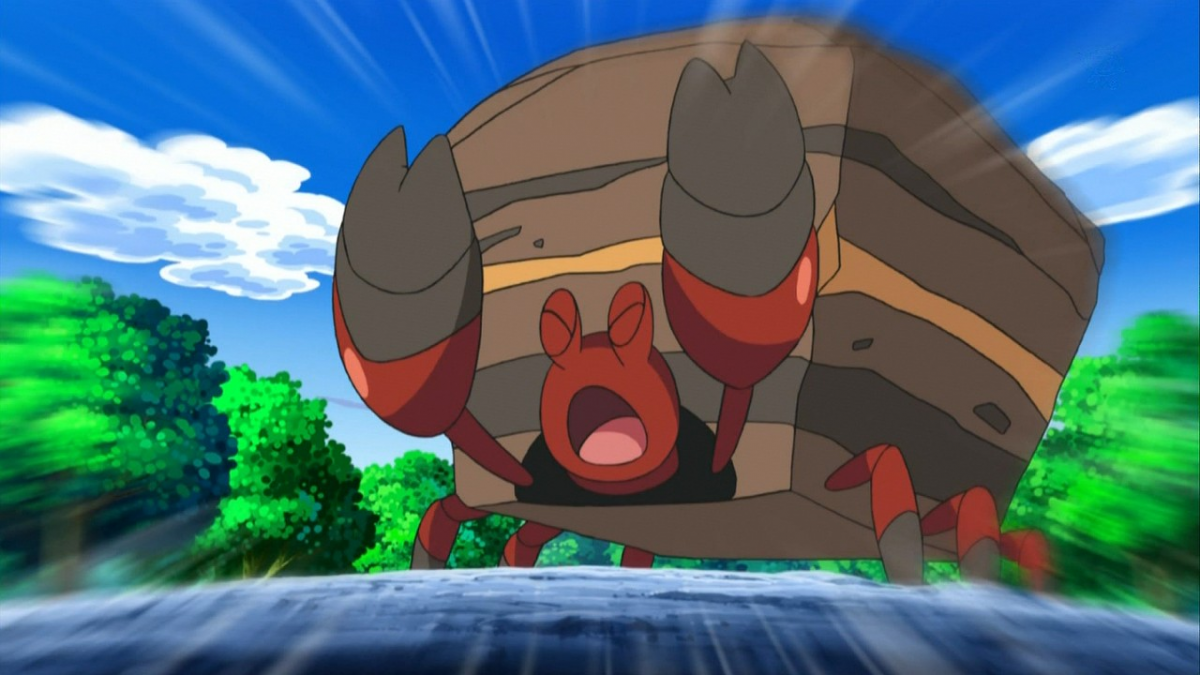 But tragedy can strike. If a Crustle gets into a fight with another Crustle and one of their blocks of dirt breaks apart, they not only lose the battle but all their confidence. After this terrible turn of events, the losing Crustle will become unsure of itself and very weak. It’s like when you wear a really cute shirt or outfit out and then someone points out how bad you look. Devastating stuff that nobody should have to deal with, not even a weird crab thing.

Sadly, I don’t have a happy ending this week. Searching around Bulbapedia, I couldn’t find any info about what happens after its big block of dirt crumbles. I want to assume that after a few days of self-loathing and watching old TV shows on Netflix in their sweatpants, Crustle gets back out there and find a bigger and better block. But it might also just mope around for a few weeks before curling up and dying in the sun. Yikes. That’s sad. Let’s pretend it does the Netflix thing and move on. 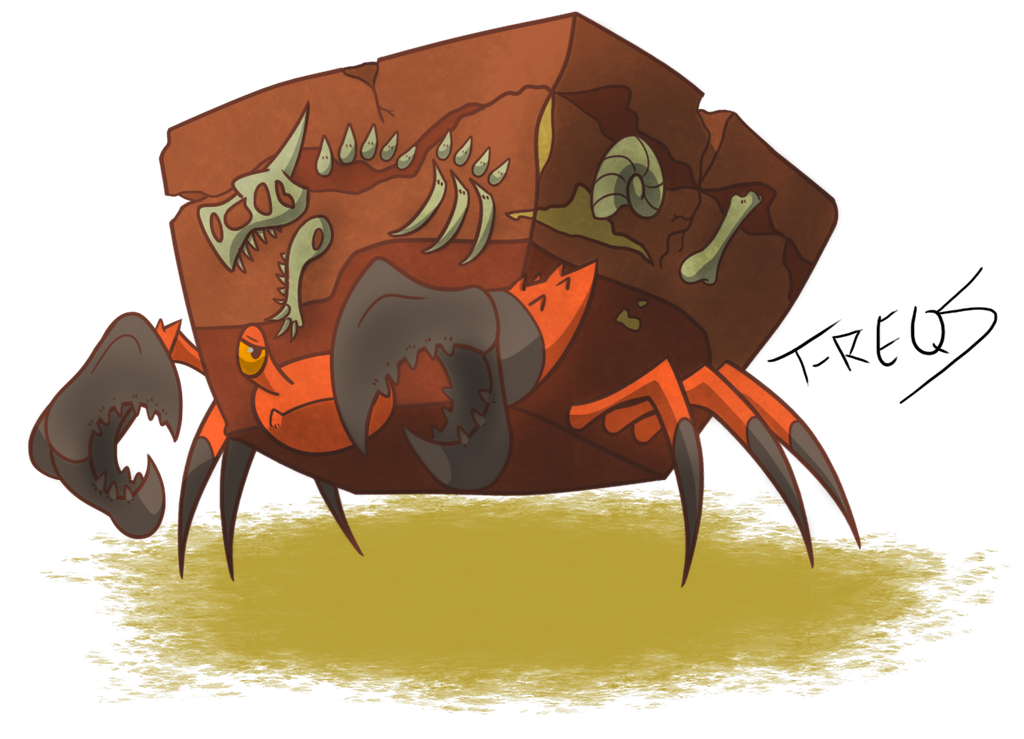 Being an archeologist in the Pokemon universe must be annoying. You have a nice dig site picked out and you are making progress and then suddenly a damn crab runs over and takes away your dino bones. Frustrating!

Maybe it is due to the quarantine and the 3+ weeks of reruns, but it’s like Feebas is the Pokemon version of reruns of The Big Bang Theory; dumb and everywhere, but honestly, just not that interesting.

Which Pokemon is the Young Sheldon of the Pokemon universe? It needs to be a little better than Feebas, smaller and yet not as popular.