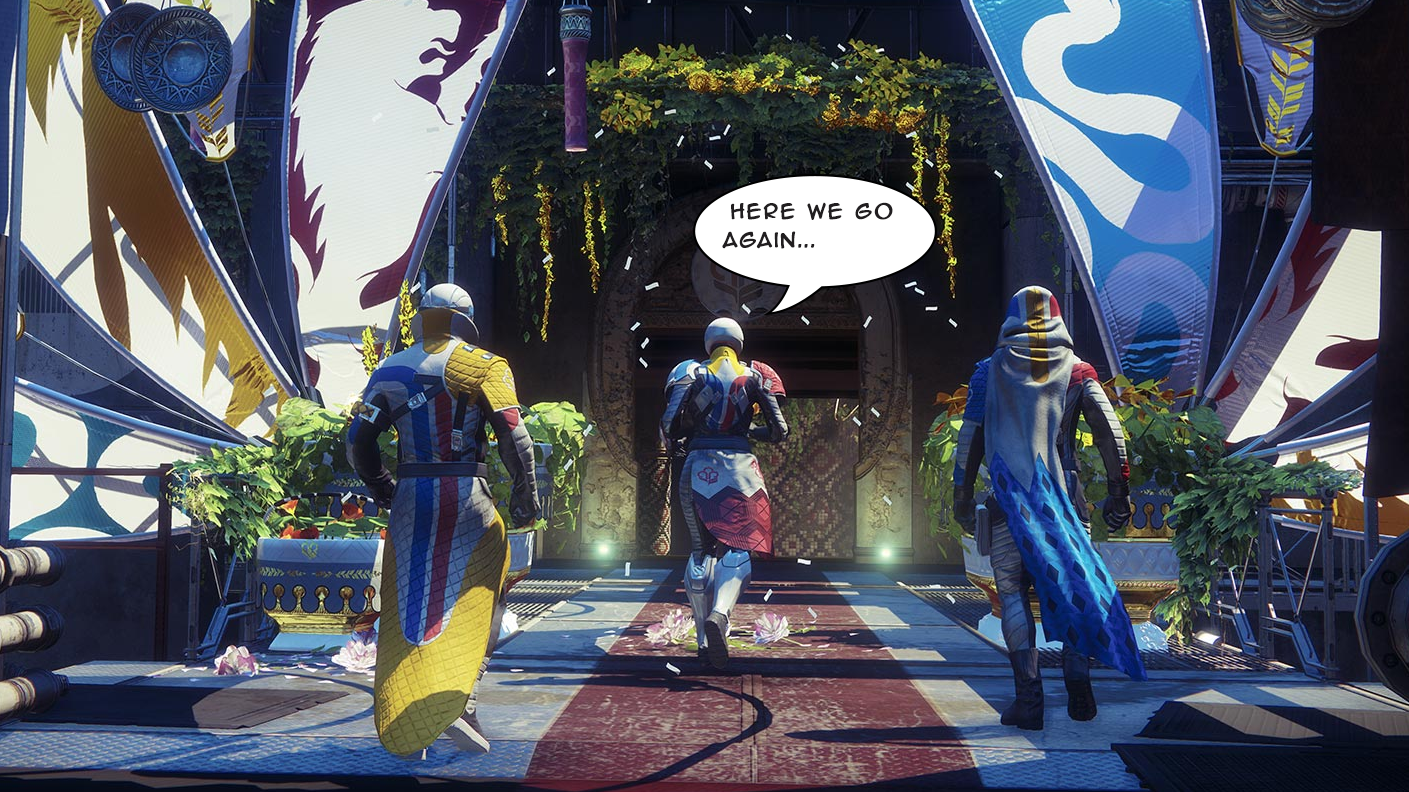 Destiny 2’s latest event is a generous but all-too-familiar bounty grind, and I’m not sure I have it in me to stick with it.

Revealed last week, Guardian Games is Destiny 2’s spin on the Olympics. Instead of individual players competing to see who’s the best, players of a particular class—Warlock, Titan, or Hunter—pool their efforts completing challenges to win prizes and prove theirs is the best class of all (Hunters, always Hunters). It wasn’t clear in the announcement of the event what exact form these festivities would take. Now we know: bounties.

The event doesn’t call them bounties. It calls them medals. But bounties they are, requiring you to complete tasks in the way that bounties do, like killing a certain number of opponents in Crucible or completing a certain number of strikes. These medals are bronze, silver, or gold, depending on the level of work involved, and once completed, they can be deposited at a new podium in the Tower to increase your class’ overall Guardian Games score. Each time you turn in a medal, you get a reward package of some crafting materials and loot, and at the end of each day you’ll get an additional package of more materials and loot. The package will be bronze, silver, or gold, depending on which class scored the most points that day. Do you know someone who always brags about their stellar attendance record at work or school? Yeah, they’d be great at this. Like I said, it’s a very generous activity. Unfortunately it also doesn’t feel very different from what veteran players have been doing off and on for years now, especially in the last several months as Destiny 2 has evolved into a seasonal pass treadmill. A common Destiny 2 session for me currently consists of logging on, racing to get daily bounties from each of the vendors, and then quickly figuring out the most efficient activities to run in order to complete them. On the one hand you can now easily do that while engaging with the new Guardian Games meta competition. On the other it doesn’t feel like the busy work involved has any particularly meaningful bearing on deciding which class is the best.

Also, Destiny 2 technically already has medals. They get awarded during Crucible matches for feats like killing two opponents in short succession, killing 10 without dying, or shutting down someone else’s kill streak. The Guardian Games medals don’t even have that level of creativity involved. Some of the Eva’s new bounties (which a few of the Guardian Games medals require you to complete to earn) are a bit more in keeping with the activity’s theme, requiring you to kill enemies with abilities specific to your class. It’s hardly the stuff legends are made of, though. 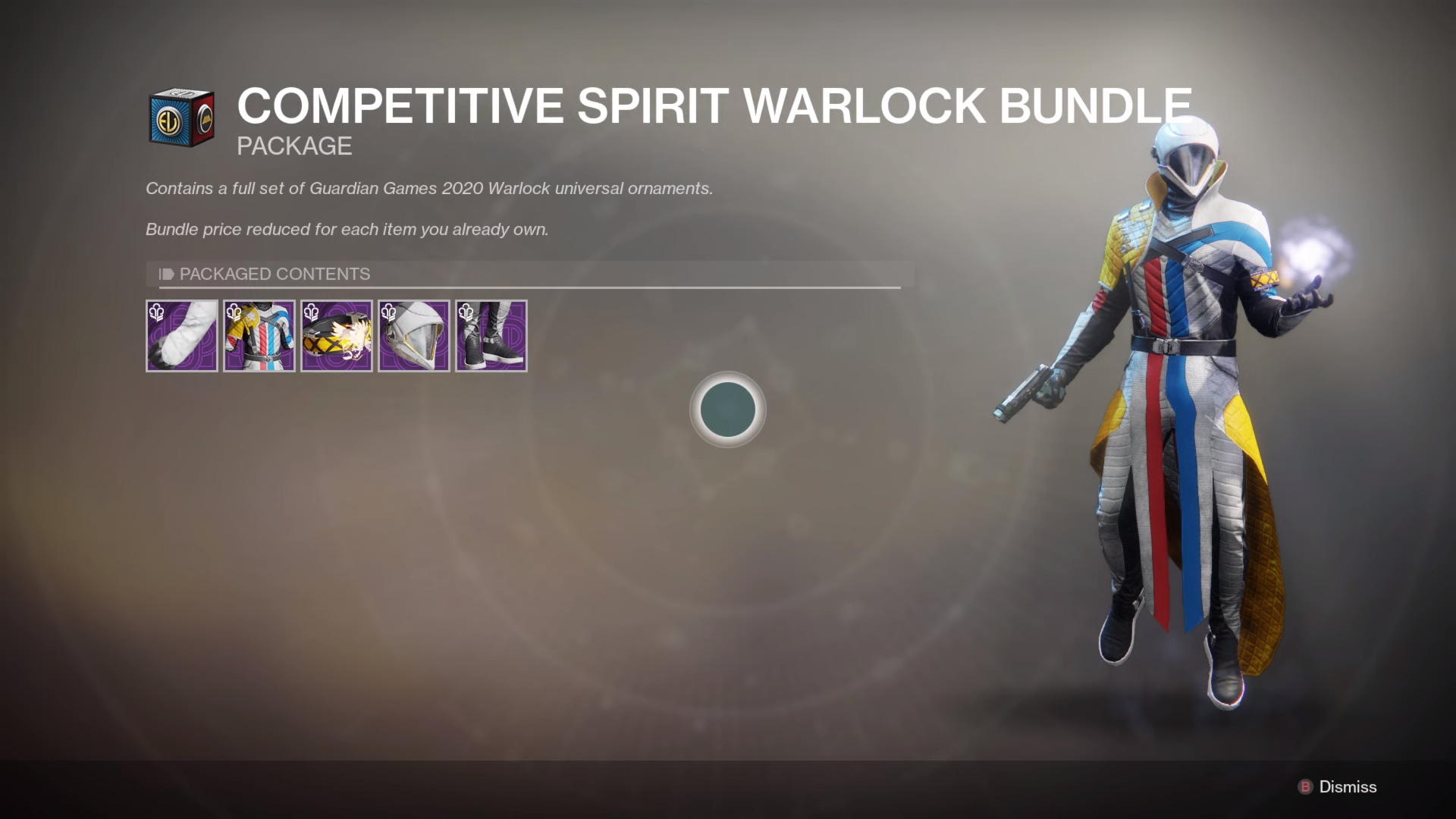 In the end it feels a lot like the game’s old Faction Rallies, just without the new Faction-specific loot to chase. The event does introduce a new Exotic Machine Gun and class items, but there aren’t new gun rolls or character builds to chase. The event’s new armour sets are Eververse ornaments that cost 6,000 bright dust for the set and aren’t nearly as pretty as the shimmering gold and silver class items you get for free. I love the colour scheme, but the overall design makes you look more like a Guardian Games mascot than a fabled warrior.

While it’s possible that the event has extra layers Bungie just hasn’t revealed yet, it’s been an underwhelming opening ceremony so far. The Tower looks great all decked out in Guardian Games flair, and Destiny always feels livelier when there’s a shared event for everyone to participate in. I just wish this one didn’t revolve around the same boring to-do list.