The supercuts, of course, come from the Overwatch community member Dinoflask, who has been recutting Overwatch director Jeff Kaplan’s words into beautiful highlight videos for years. Kaplan has said before that he both loves and hates the videos, and with the release of Echo, Dinoflask is back to let us know how Kaplan really feels. 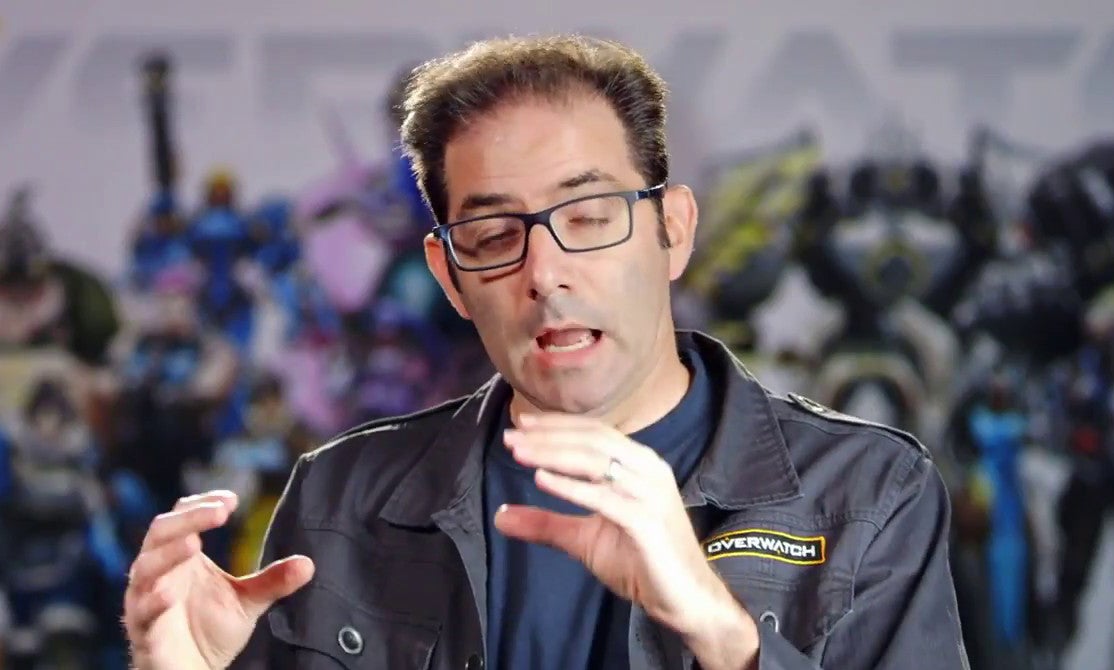 When Dinoflask first started making comedy videos of Overwatch director Jeff Kaplan, he never could've imagined he'd one day be surprising the man himself to celebrate his 15th anniversary at Blizzard. Heck, he could barely believe it right before it happened.

As it turns out, the Echo robot is really just a killer robot running Windows 10. Echo’s creator was killed by the South Korean Overwatch World Cup team, and McCree freed Echo in the quest for the perfect robot waifu.

Honestly, if that was Echo’s official backstory, fans would be into it.

For more on how Echo actually came together, see our exclusive interview with Overwatch principal designer Geoff Goodman below.

With Echo, Overwatch is about to see the greatest overhaul of its meta in the game's history since the change to hero limits and role queuing. It's not just that there's a new hero. It's Echo's threat as an aerial DPS and potentially the most game-breaking ultimate: the ability to copy other heroes and chain multiple ultimates in the space of seconds.