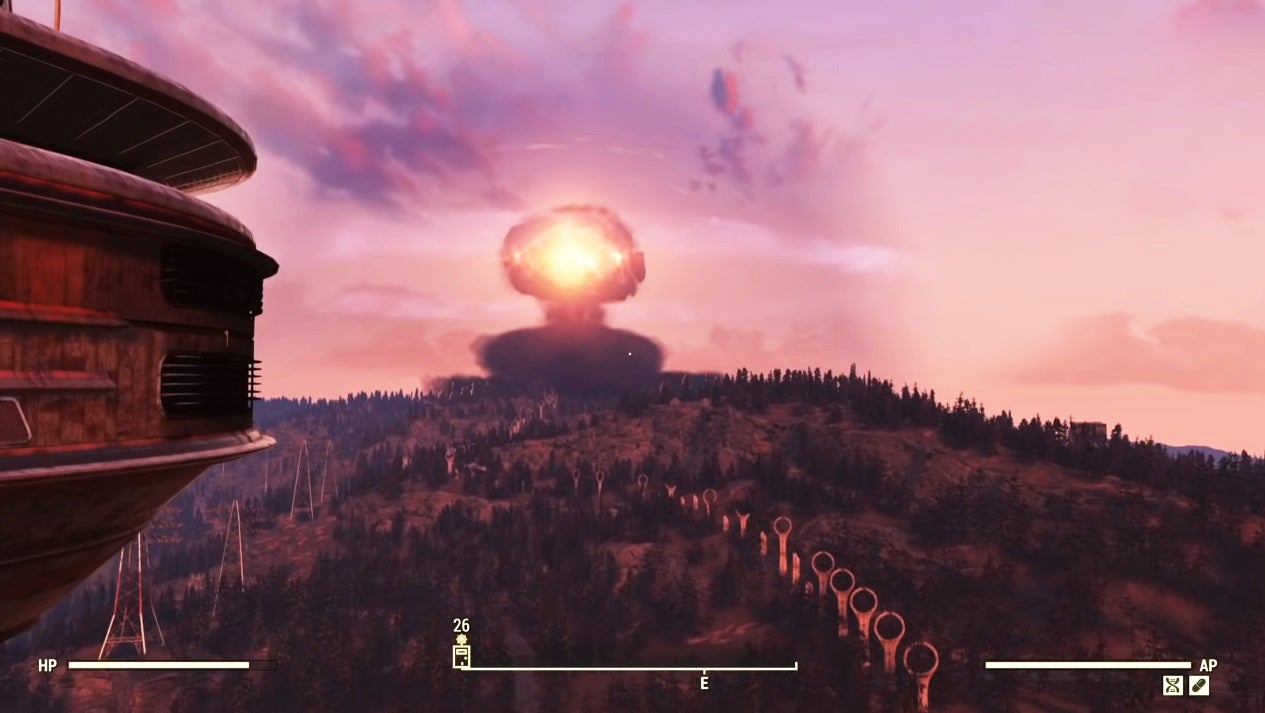 Screenshot: Rattler, Bethesda
To sign up for our daily newsletter covering the latest news, features and reviews, head HERE. For a running feed of all our stories, follow us on Twitter HERE. Or you can bookmark the Kotaku Australia homepage to visit whenever you need a news fix.

This week’s Fallout 76 Wastelanders update added human non-player characters to the game for the first time. Naturally, one of the first things players tried to do was nuke them.

Players have been finding all sorts of curious new details in the game thanks to its burgeoning populace, from the return of pizza rolls to a new food supply for cannibals, so it wasn’t long before they tried to see what would happen when they nuked the human NPCs’ settlement of Foundation.

“Some monster nuked Foundation on day 1,” reported one player on the game’s subreddit. “The Settlers there just put on Hazmat Suits and went about their regular routines; sweeping the streets, running the stalls, and playing music in the town square. Settlers win for most chill post-apocalyptic faction ever.”

PC Gamer spotted a video of the nuking on YouTube by a user called Rattler, which shows just how calmly the game’s new settlers deal with the apocalyptic storm enveloping them. Bethesda obviously can’t let them die or their stories and quests would die with them, so instead they have the NPCs adapt. Unlike in other Fallouts, you can’t kill the NPCs you converse with in Fallout 76. Foundation is no Megaton it turns out.

“The only time I miss being inside the Vault is when the weather’s bad…or if there’s a nuke,” says one of them after getting bombed. Unfortunately, in Fallout 76, that’s practically every day.