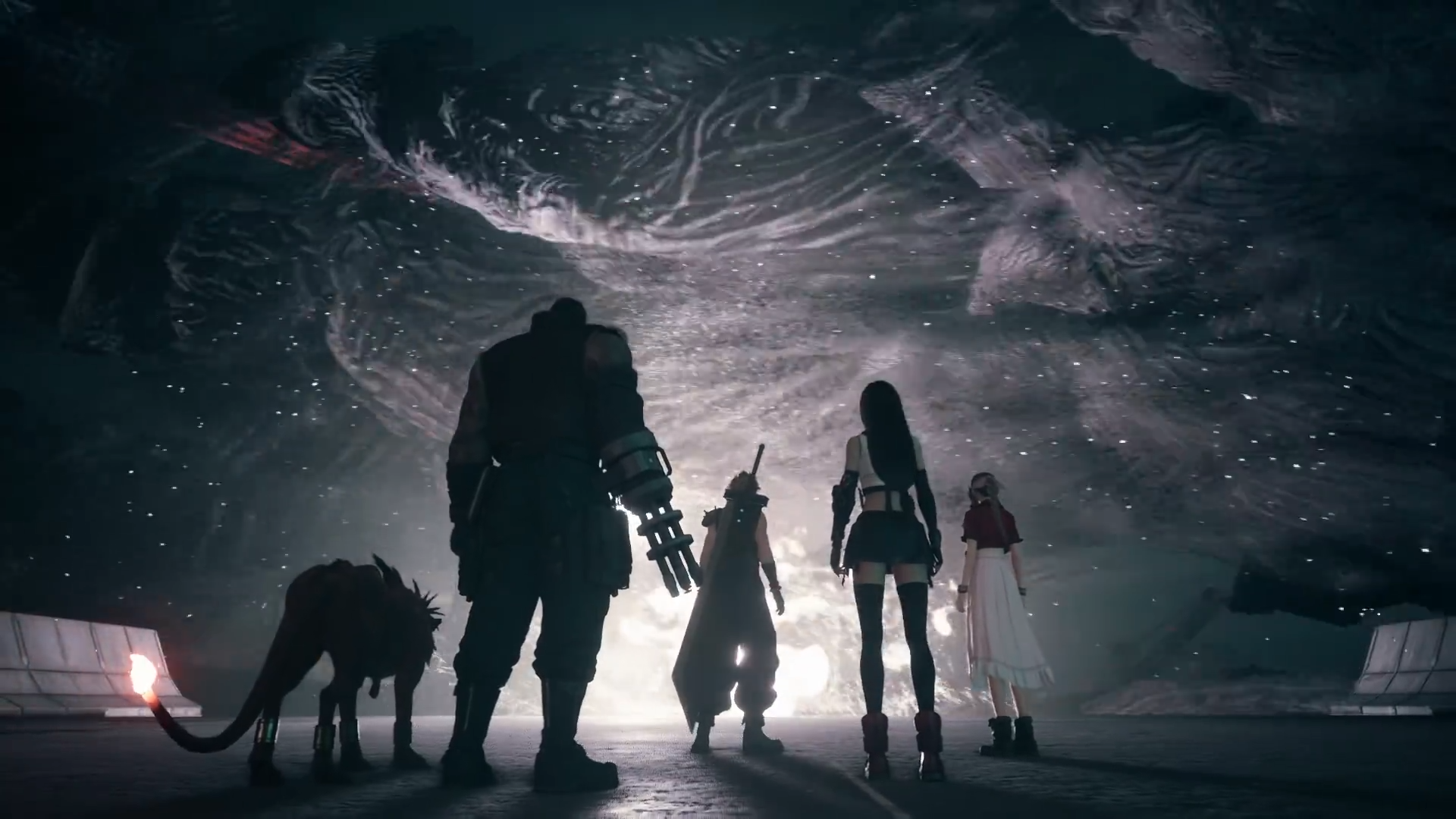 Screenshot: Square Enix, <a href="https://www.youtube.com/watch?v=72Y7DplcyR8">YouTube</a>
To sign up for our daily newsletter covering the latest news, features and reviews, head HERE. For a running feed of all our stories, follow us on Twitter HERE. Or you can bookmark the Kotaku Australia homepage to visit whenever you need a news fix.

I felt guilty while watching the credits roll on Final Fantasy VII Remake early this morning. This game wasn’t meant for me, I thought. I didn’t earn this. Sure, technically I played the game for 30 hours and finally beat the final boss after a couple of frustrating attempts. That was me. But without the context of the original, I’m just an interloper on someone else’s nostalgia.

My knowledge of Final Fantasy VII before Remake hinged on a few obvious story beats. As such, I expected to be a little lost or even miss references entirely when it came to themes fans have held in their hearts for over two decades. I wasn’t quite sure what was going on with the strange ghosts that intervened at the most inopportune times, for instance, but figured they were just a plot point to which I wasn’t yet privy as a newcomer. The Leftovers is one of my favourite shows of all time; I’m fine with being kept in the dark.

My feelings of displacement, however, only increased as Remake soldiered toward its conclusion. After rescuing Aerith from the clutches of creepy Shinra scientist Hojo the game goes into overdrive, putting the player through a gauntlet of boss battles. It was past midnight by this point, but I gleefully beat down Rufus Shinra. I demolished several giant robots. I encountered Sephiroth—for real this time, I think—and watched as he extricated one of Hojo’s experiments. I fought that experiment—again, I think—and eventually ended up staring at a portal of light on the highway, Aerith describing it as a point of no return for the party.

I’ll be straight up here and say I have no idea what Sephiroth is doing or why I even had to fight him. The name Jenova means nothing to me. I don’t know why fate is trying to keep Cloud and company from doing whatever it is they’re trying to do. Who the heck is Zack and why does he dress exactly like Cloud? His debut seemed too meaningful to be a simple flashback, but the ease with which the game threw him into the plot left me perplexed. The last few hours of Remake were like walking into a church in the middle of prayer. A reverence is attached to this game that I can only comprehend at a basic level, and it felt sacrilegious being in its presence without having already made a spiritual connection with the original.

Don’t get me wrong, I’ve definitely made some sort of connection with Remake. I get emotional thinking about its characters, its antifascist story, the rhythm of its combat. Remake is an incredible game with which I’m, frankly, obsessed. But I can’t help but wonder how much these sentiments are tied to the legacy of the original. I mourned Aerith from the moment she appeared on screen, for crying out loud. Not because I spent hours upon hours watching her and Cloud form a bond in 1997 only to have it cut short by Sephiroth, but because that moment is so pivotal in the History of Video Games that I’ve adopted the tragedy as my own.

In reading what former Kotaku news editor Jason Schreier had to say about Remake, both in his excellent review and a post-mortem on the ending, I’m starting to understand just how much flew over my head. The folks at Square Enix fully embraced the opportunity they were given to subvert expectations by revising plot points players have taken as gospel for years. And it only further drives home the point that I don’t belong on this cliff, with Midgar behind me and the rest of Final Fantasy VII’s world waiting ahead. I’m a baby watching the moon landing in 1969, a transformative moment lost on my limited comprehension of human history. I’ve entered the Holy of Holies and gazed upon the Ark of the Covenant, my ignorance so profound that not even God can strike me down. I can’t help but feel like I owe someone an apology.