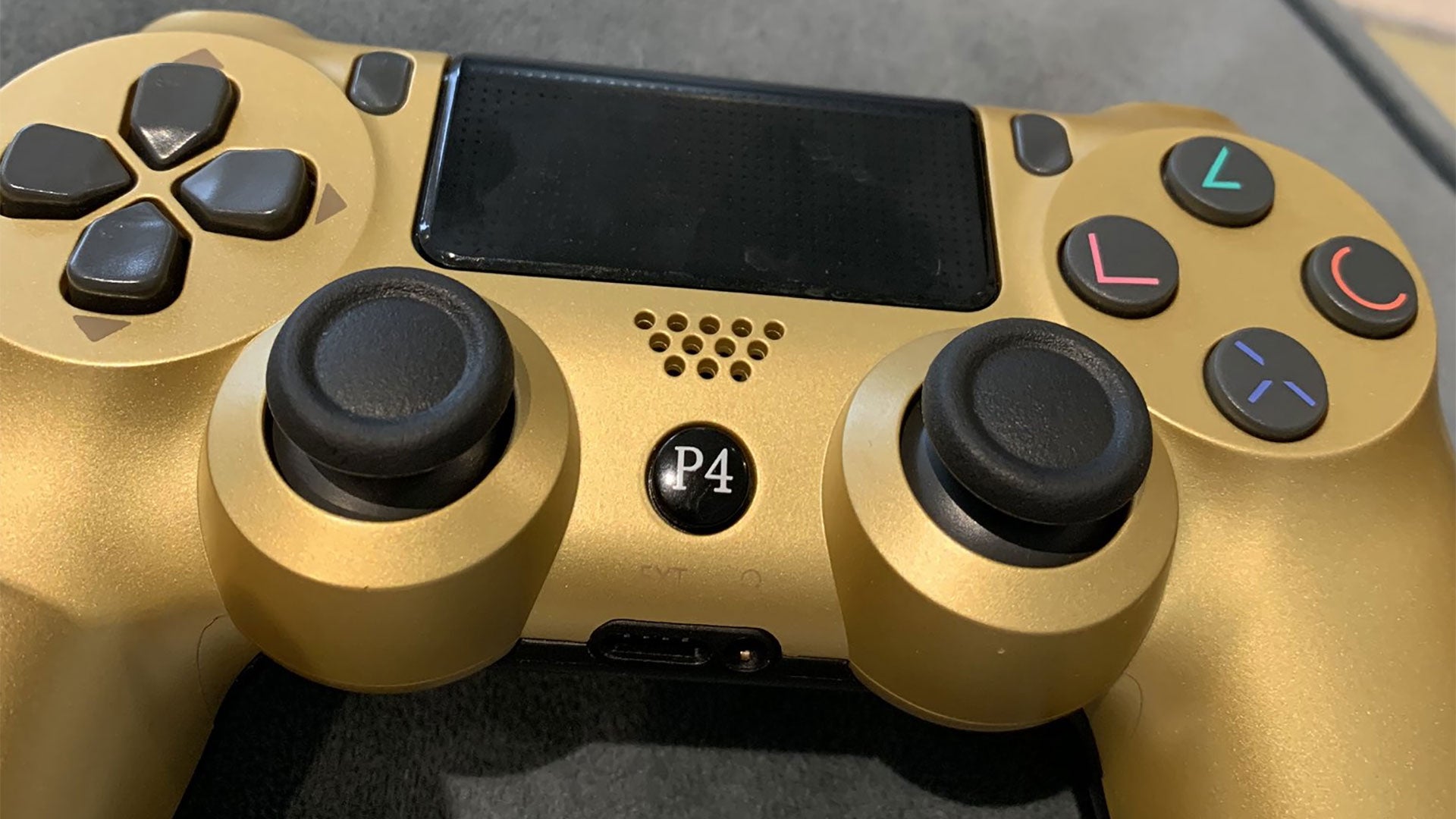 With all that’s going on in the world, there are a lot of things to get upset about right now! Blaming China because you got suckered into buying a bootleg PS4 controller on Amazon is maybe not one of them, though, especially if you’re former White House Press Secretary for the Bush administration, Ari Fleischer.

Fleischer, a piece of shit who directly contributed to the lies and misdirection that have led to millions of deaths in Iraq, was misdirected himself recently when he went to buy a PS4 controller. In a tweet made earlier today, he says he recently got a PS4 for his kids, and needing a second controller went and bought one on Amazon. 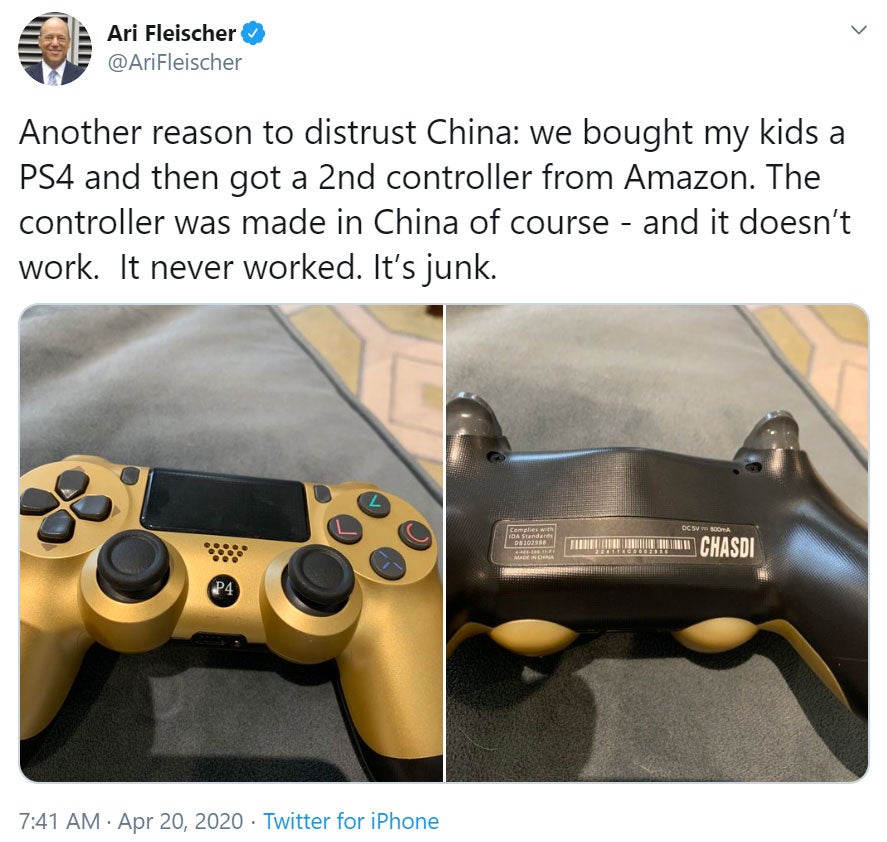 Fleischer, of course, blames China for this, not American company Amazon for its super shady practice of hosting countless millions of counterfeit products, nor the fact the type of controller he purchased is listed openly on the site with all five of its sales bullet points devoted to declaring that it’s “the third-party controller, not the original one”.

This is like sending your life savings to a Nigerian prince and blaming email.

"Another reason to distrust China: we bought a new car but it only had three wheels, so I got a fourth wheel from Amazon. The wheel was made in China of course — and it doesn't work. It never worked. It's junk. " pic.twitter.com/MC3TfLcpSO

I'm dumb enough to buy a 3-star knock-off PS4 controller with "p4" written on the front. This reflects poorly on the nation of China. 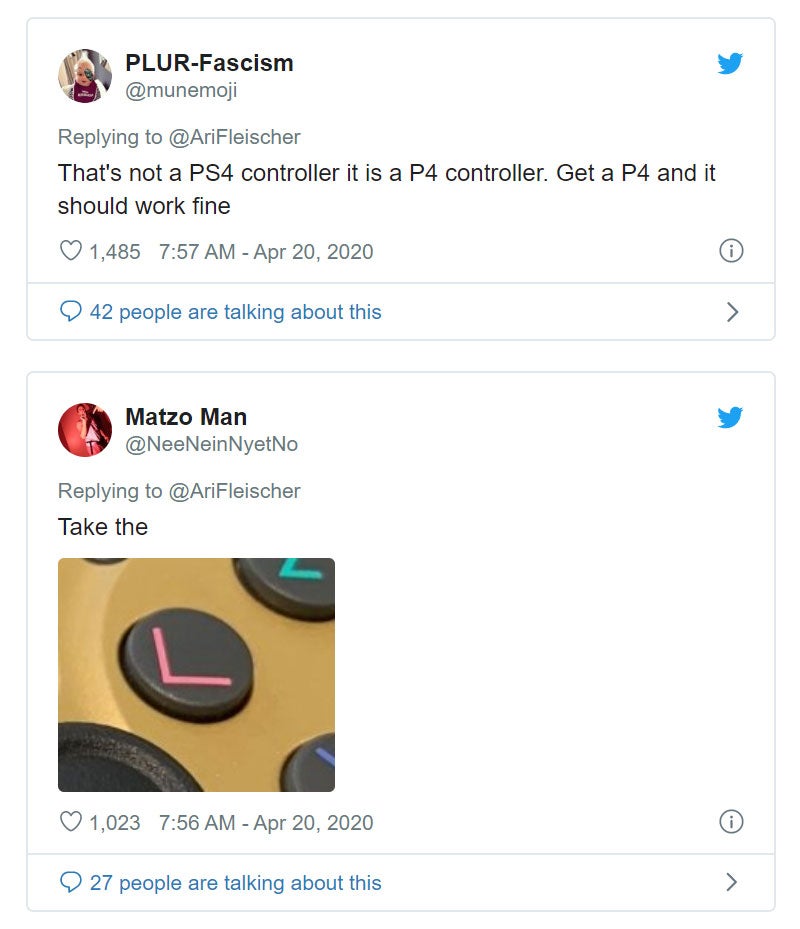