Godzilla Is Coming To Magic: The Gathering, And He’s Bringing Friends

Spend two mana, tap Godzilla: Player may stand up and yell one “SKREE-ONK” into the air.

Jokes aside, no joke: Hasbro, Wizards of the Coast, and Toho have teamed up to create a special series of Kaiju cards celebrating decades of Godzilla’s titanic scraps within the next expansion set for Magic: The Gathering. Which is fitting, because said expansion”Ikoria: Lair of Behemoths“is all about players visiting the titular plane of giant beasts and summoning their own monstrous titans to do battle, alongside the Planeswalker Vivien Reid and a mysterious man named Lukka, who forged a forbidden bond with one of Ikoria’s giant beasts and became an outcast of his society.

So how does Godzilla of all things fit in? Well, aside from the giant monster inspiration behind the setting, the King of All Monsters (and a few of his best friends) will actually be arriving in Lair of Behemoths as series of special alternate art cards”an idea actually put forward by Magic‘s Japanese team when work on Ikoria began. 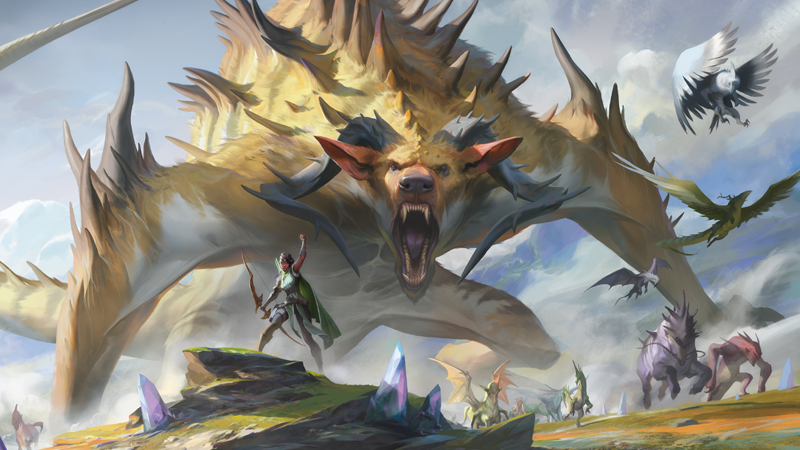 “From the very start, one of the central goals of this set was to create a Magic experience that delivered the building-scale monster action we grew up watching in places like the Godzilla movies,” Magic: The Gathering product architect Mark Heggen told us over email. “The team was partway through creating our own world full of giant monsters when the group that manages Magic: The Gathering in Japan came to us with the idea to actually include Godzilla in the set. It kind of blew our minds at first, but we just couldn’t stop smiling at the idea”it was such a perfect fit! The next thing we knew, they’d flown to Japan and started a great relationship with Toho Company.”

Toho were more than eager to help make it all happen. “Toho was fantastic. As soon as the collaboration began, they started sending over tons of options and reference materials,” Heggen continued. “There were always plenty of great ideas to work with. We worked together from both sides, and arrived on a final lineup that worked well for gameplay and also delivered the characters that Toho knew would speak to hardcore Godzilla fans.”

Speaking of which, check out one of those cards below: The Titanoth Rex, whose alternate art variant is none other than Godzilla, Primeval Titan! 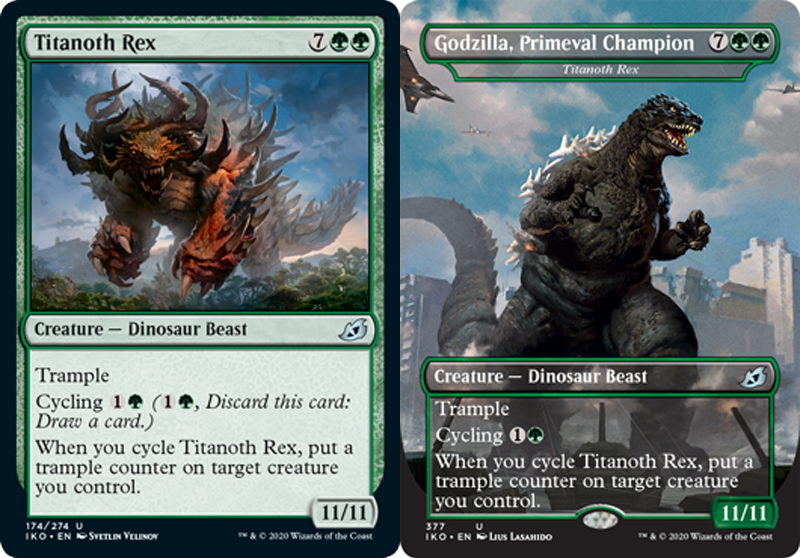 Other than the inherent absurdity that this, right here, is Actual Godzilla on an Actual Magic card, what makes Lair of Behemoth‘s Godzilla cards fun is that, because they’re alternate art cards for normal cards in the set, these are fully legal in a tournament Magic setting. Players will still be able to tell what card the Godzilla versions are based on and they share the same rules and costs.

“We have created promotional crossover cards a few times before but those have always been silver-bordered, which means they’re for casual play only and not legal in most Magic formats,” Heggen noted, referring to past convention-exclusive bundles like the special Hasbro toy crossover cards. “Given the themes of this set and how naturally Godzilla and his friends fit in, after a lot of conversation and consideration we decided that it was finally time to welcome new faces into tournament-legal Magic cards.”

There’ll be 16 alternate art cards in the series in total, along with three bonus cards that will only be available in the Japanese market, all reflecting different takes and eras of Godzilla’s long cinematic history. “There’s just so much great source material when it comes to Godzilla, we didn’t want to limit ourselves,” Heggen told us. “We’re approaching these cards as fun alternate versions rather than a cohesive Godzilla storyline, so we were able to showcase all kinds of great eras of giant monster action rather than having to pick just one.”

If you want a chance at getting them, they’ll be found in Magic‘s special Lair of Behemoths Collectors Boosters (and not in the standard individual “Draft” booster packs), each of which will contain two random Godzilla Series Monster cards, while purchasing a full sealed draft booster pack display will also net you one random Godzilla Series Monster card. And you won’t miss out if you play Magic: The Gathering through Arena“Wizards of the Coast’s online version of the physical card game”because they’ll also appear there as special new card styles. If you purchase bundles of six or more Ikoria: Lair of Behemoth digital booster packs inside Arena‘s client, you’ll receive the styles as a bonus. 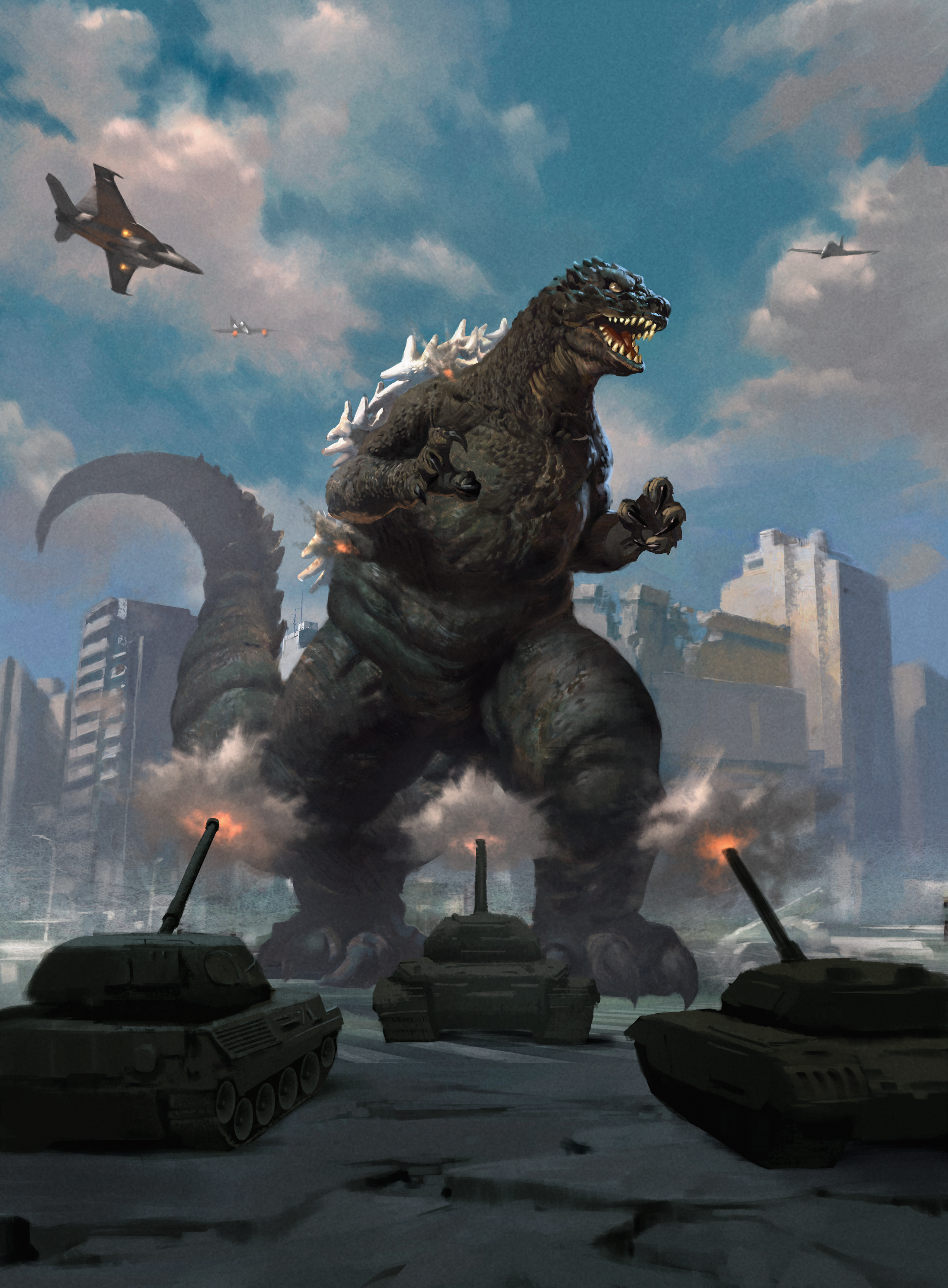 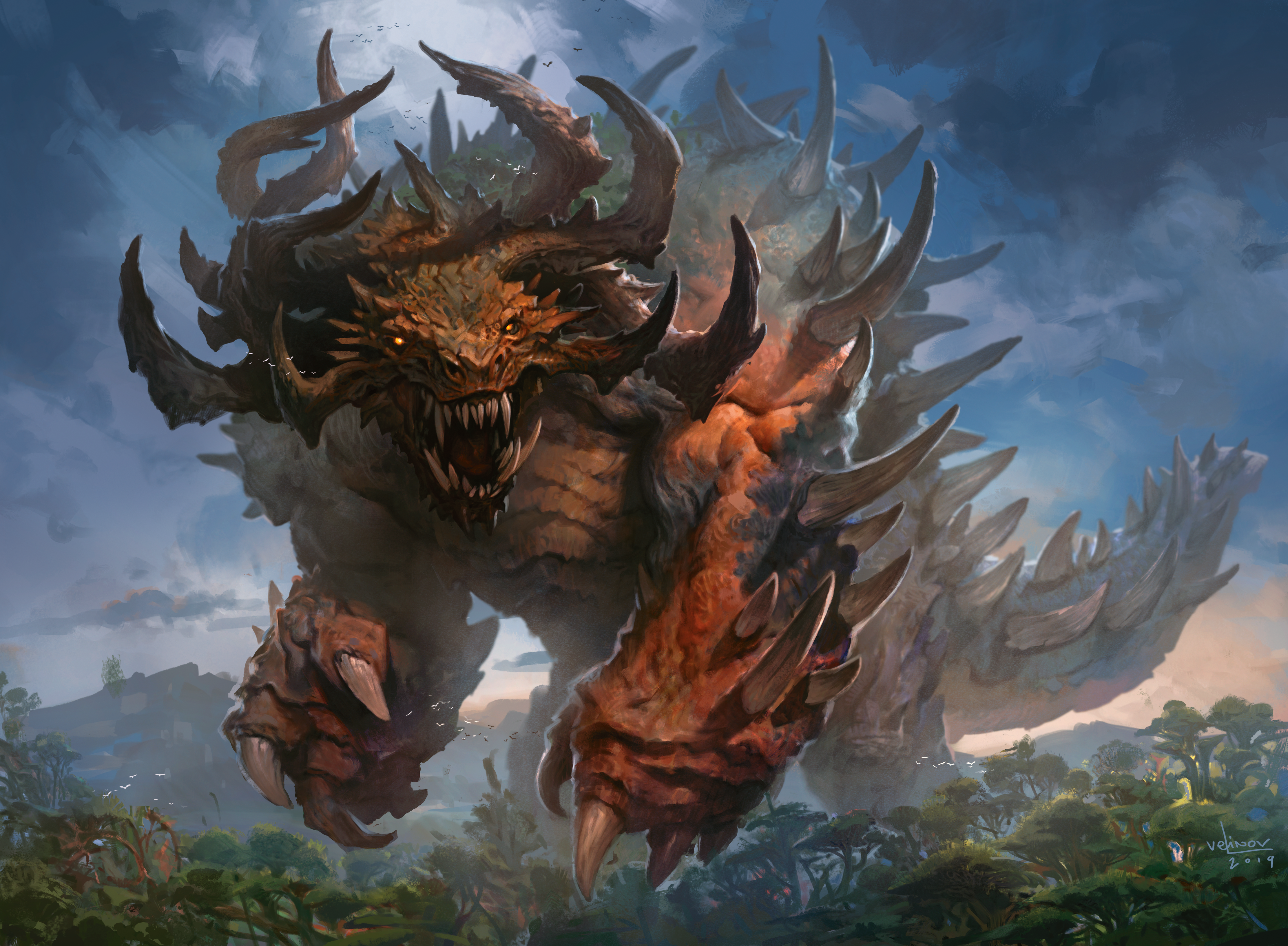 Being able to field an iconic creation like Godzilla himself in Magic is a wonderfully fun idea, but it’s also a big potential turning point for the game. While Heggen would only say that Wizards of the Coast’s collaboration with Toho strictly concerns Ikoria: Lair of Behemoth, he did say that future crossovers like this could potentially, become a new norm for Magic.

“Honestly, we’re not sure what the future holds,” Heggen said of players potential reaction to the new Godzilla cards and other crossovers. “We’ll never force something, but if our fans enjoy this experiment and the right opportunity comes along with a future set, we’d certainly consider trying this kind of thing again.”