Although if you do recreate Carol’s matchup with Thanos in all its headbutting glory, pleaseÂ be delicate. I’m already anxious just thinking about the potential paint damage that might come from thwacking one expensive action figure into another.

Yes, Hot Toys has taken a brief break from making us all squeal over various iterations of Baby Yoda and his guardian to instead have us squealing over some Marvel instead: more specifically, a Marvel, in the form of Avengers: Endgame‘s Carol Danvers. It’s like the company gave its first Captain Marvel release a haircut and a heavy new bit of jewellery to match!

OK, well, it’s a lot more than that obviously”Carol went through some changes over the course of Endgame‘s run time, from a new outfit (plus sash!) to a new haircut (very comics-faithful!), to enough fancy looking new uses to her cosmic powers to warrant Hot Toys including not one, but three different sets of translucent blue hands with matching effects pieces. Said hands even light up! Very fancy. 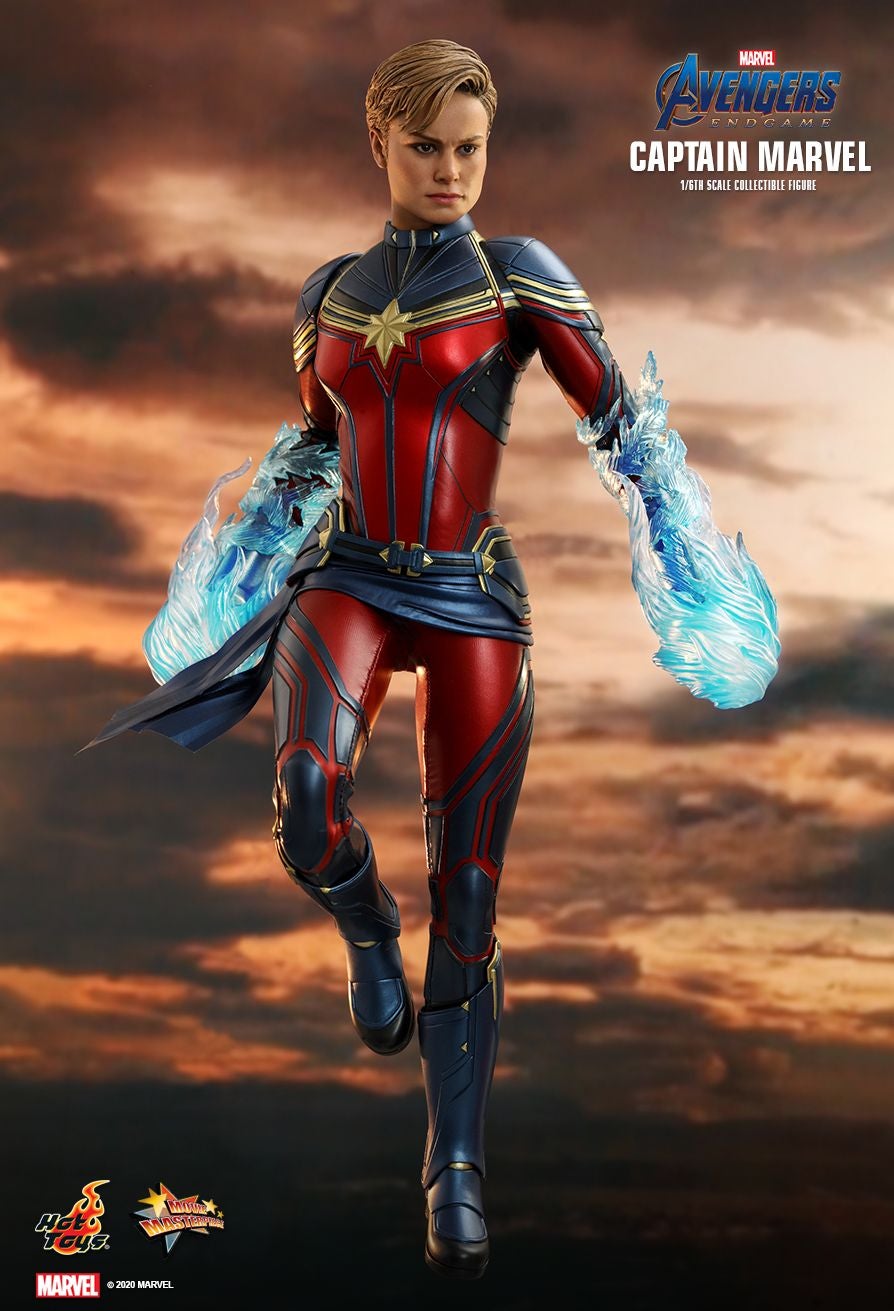 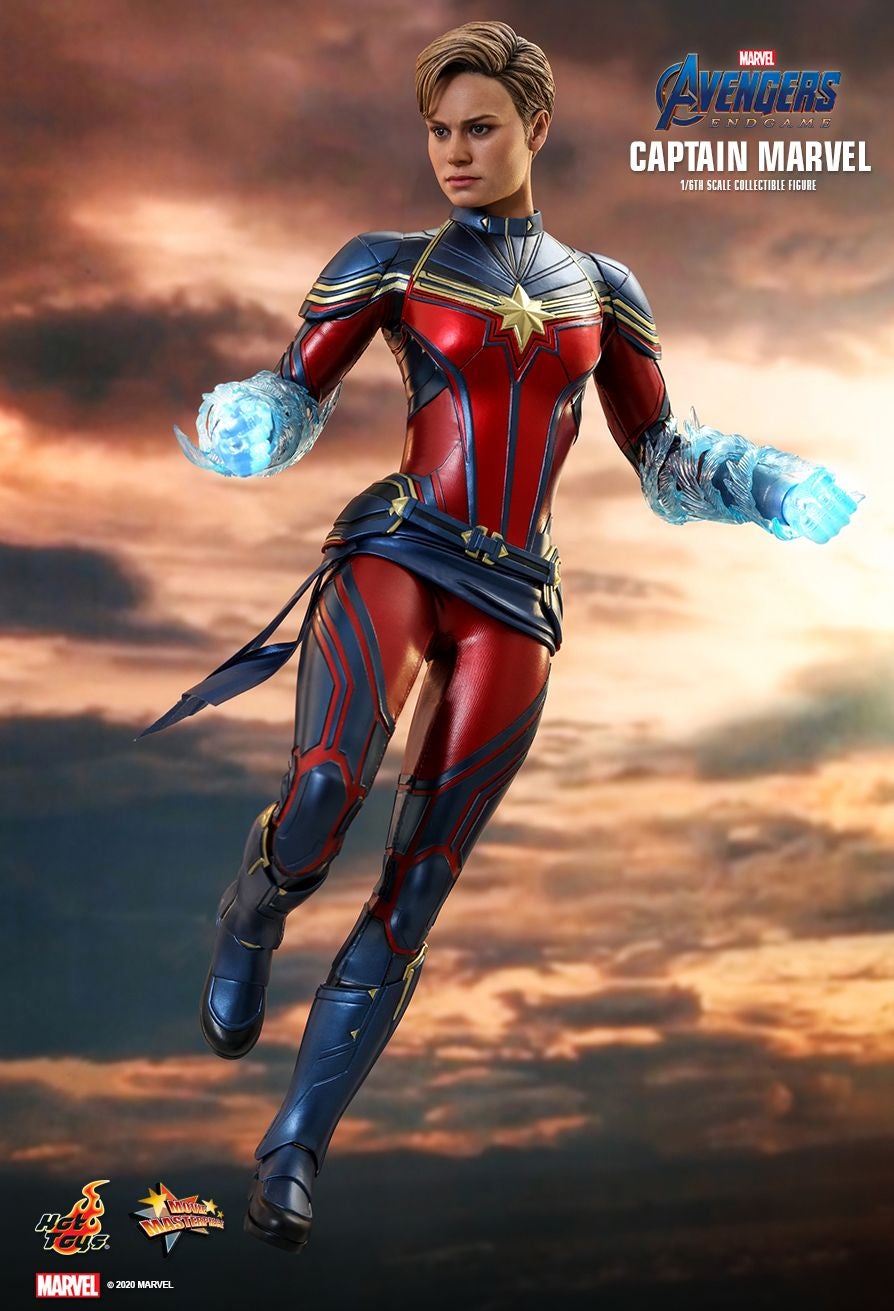 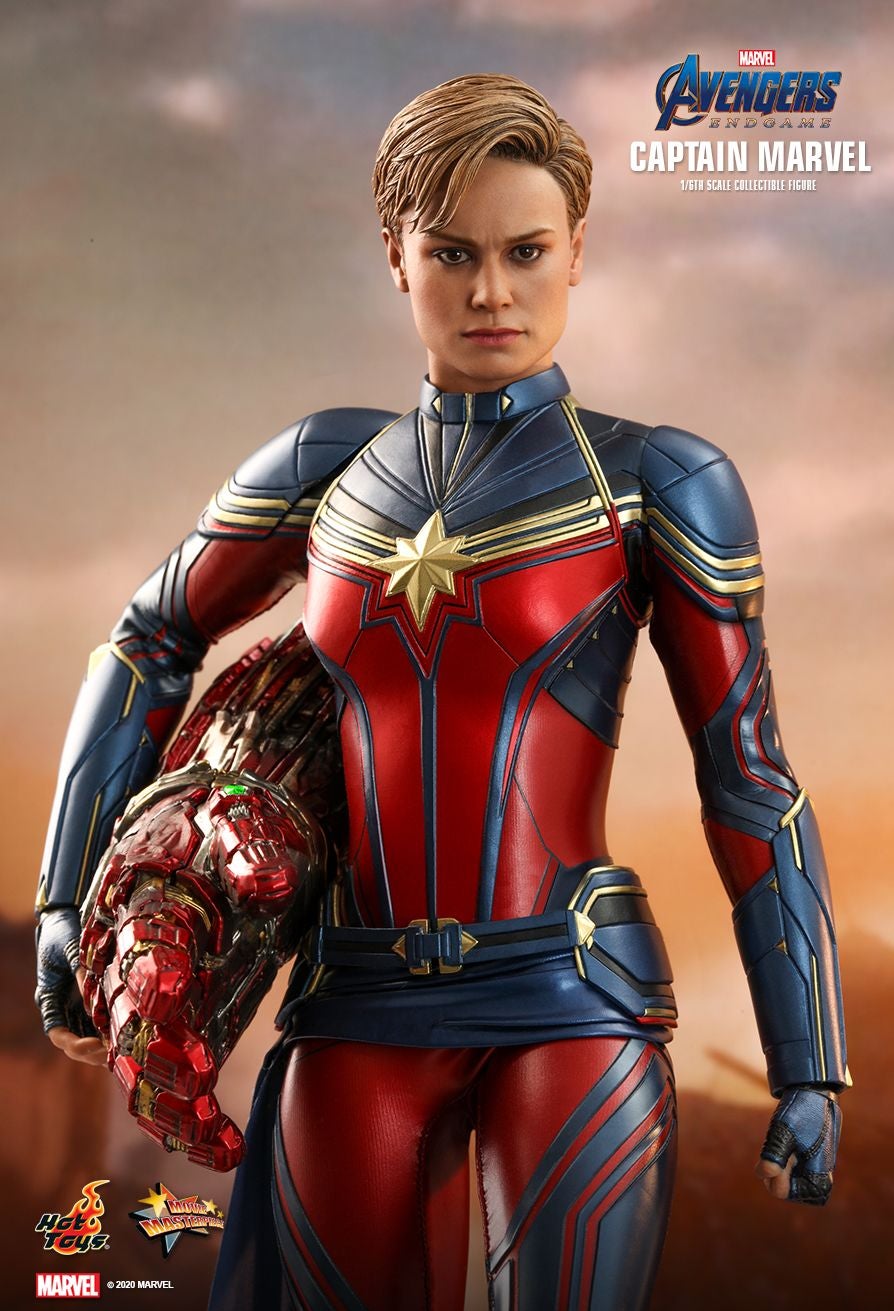 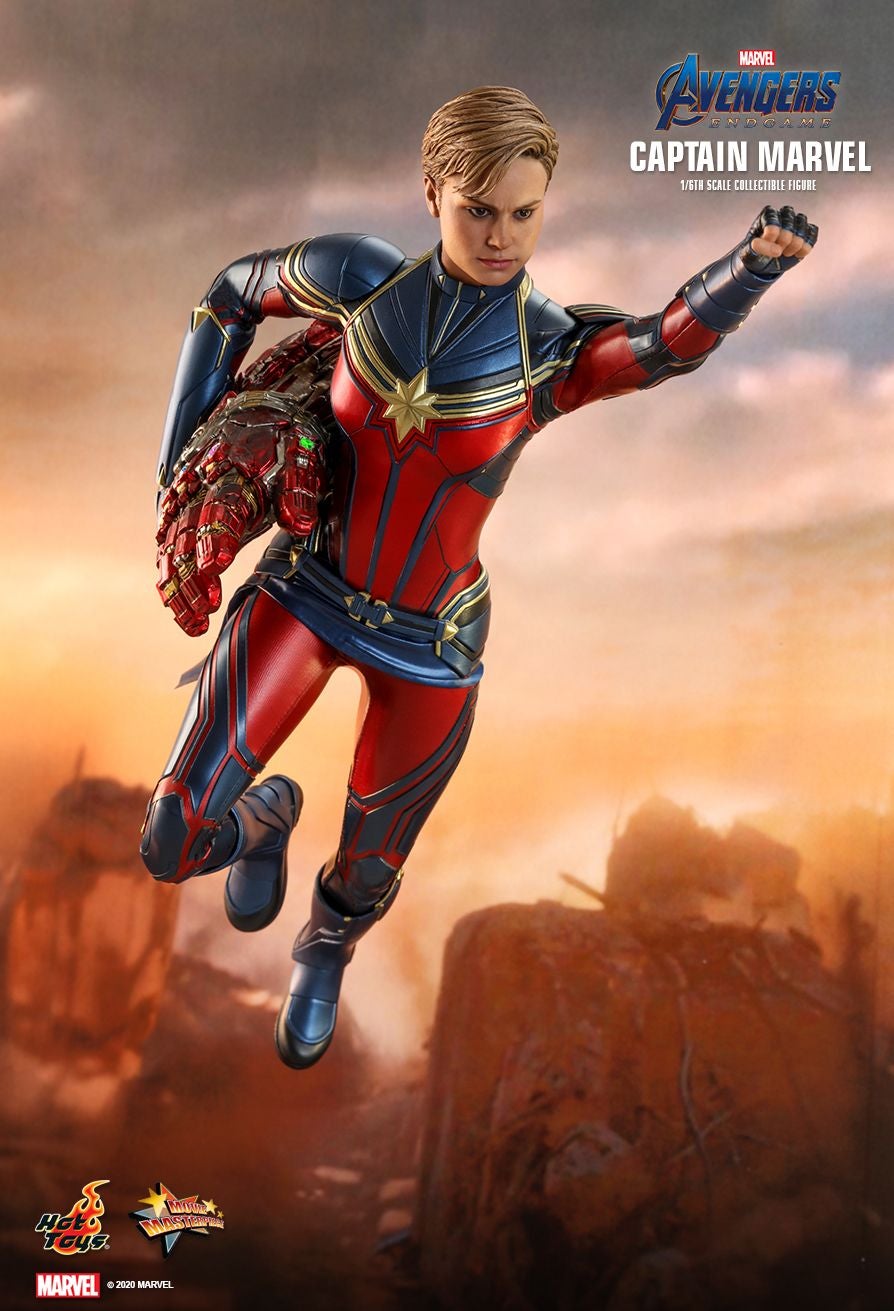 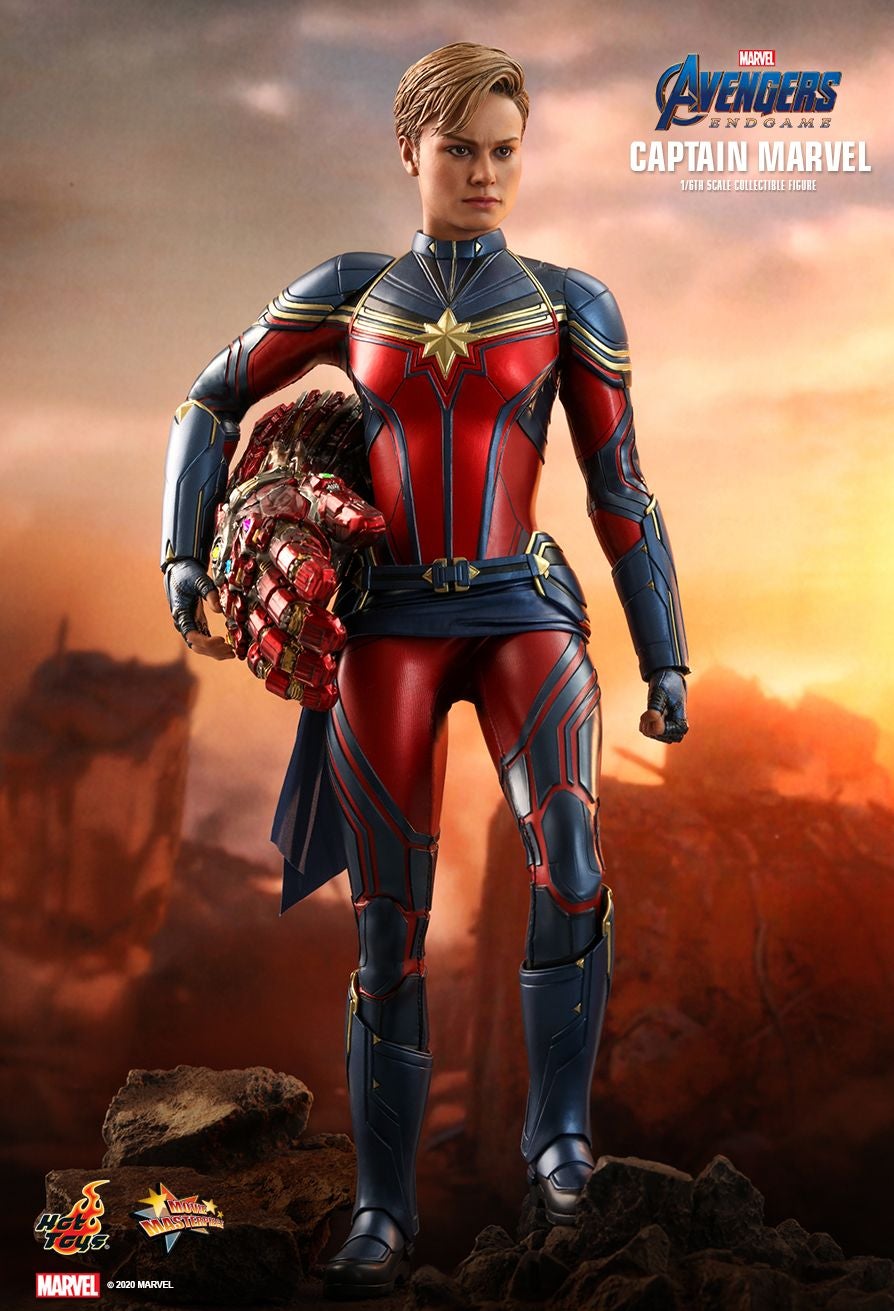 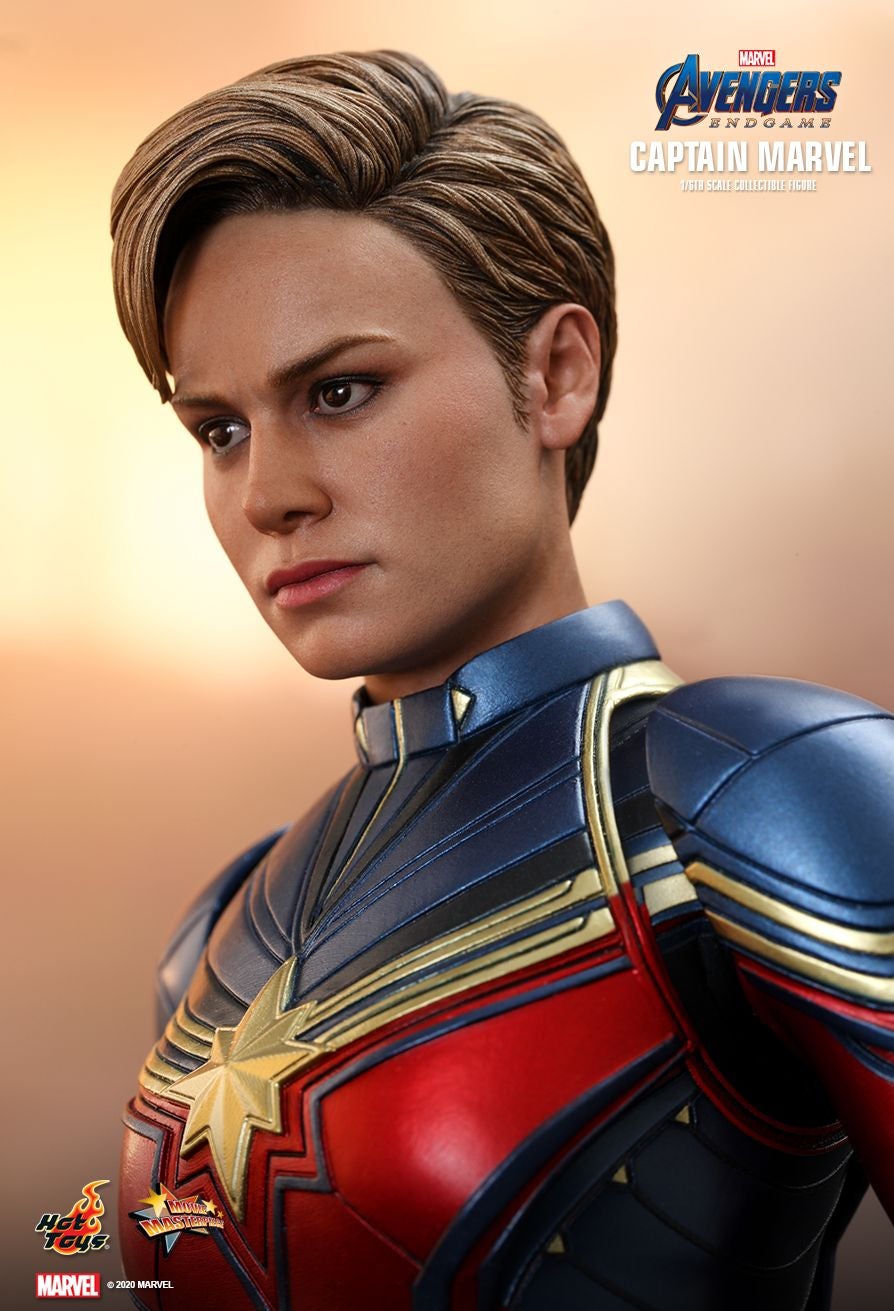 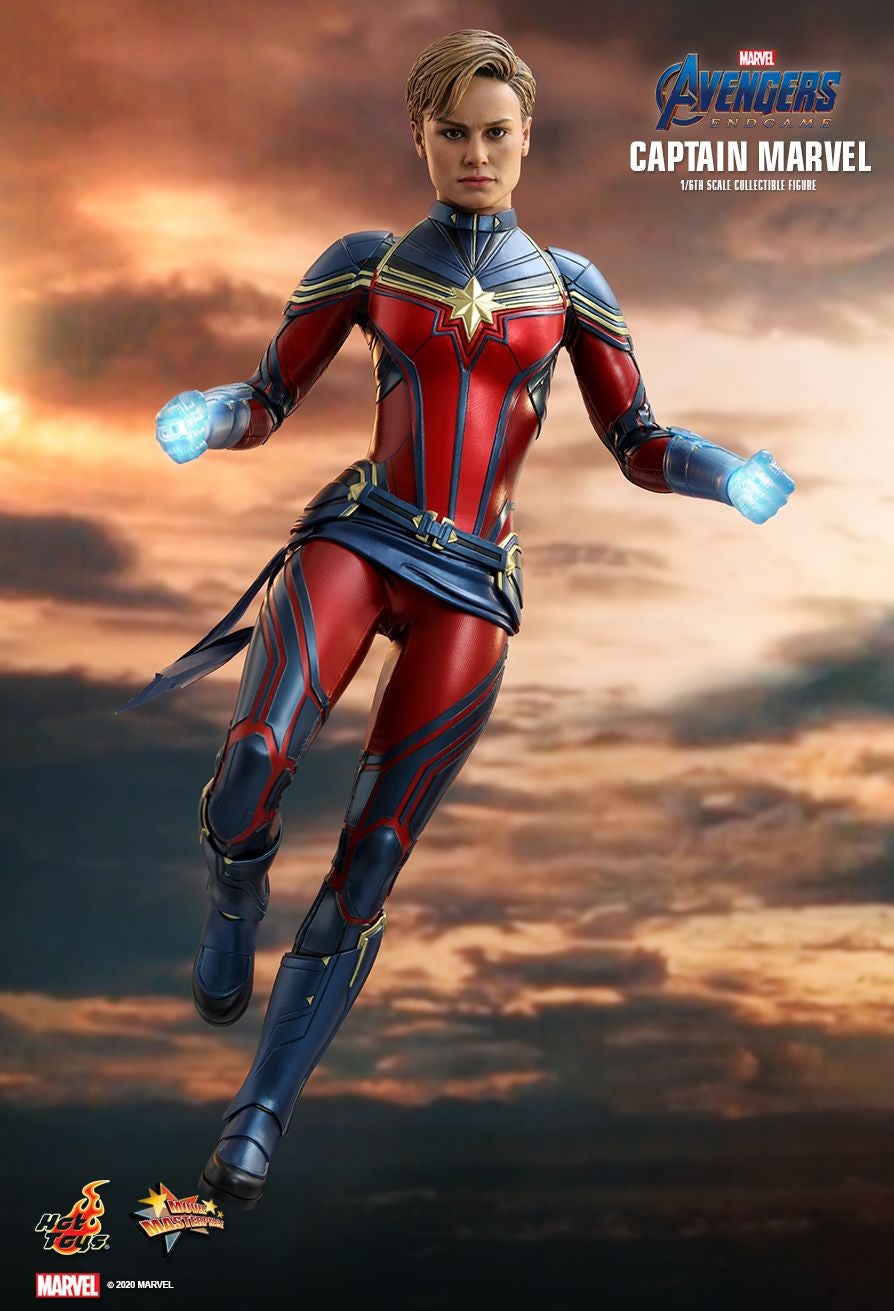 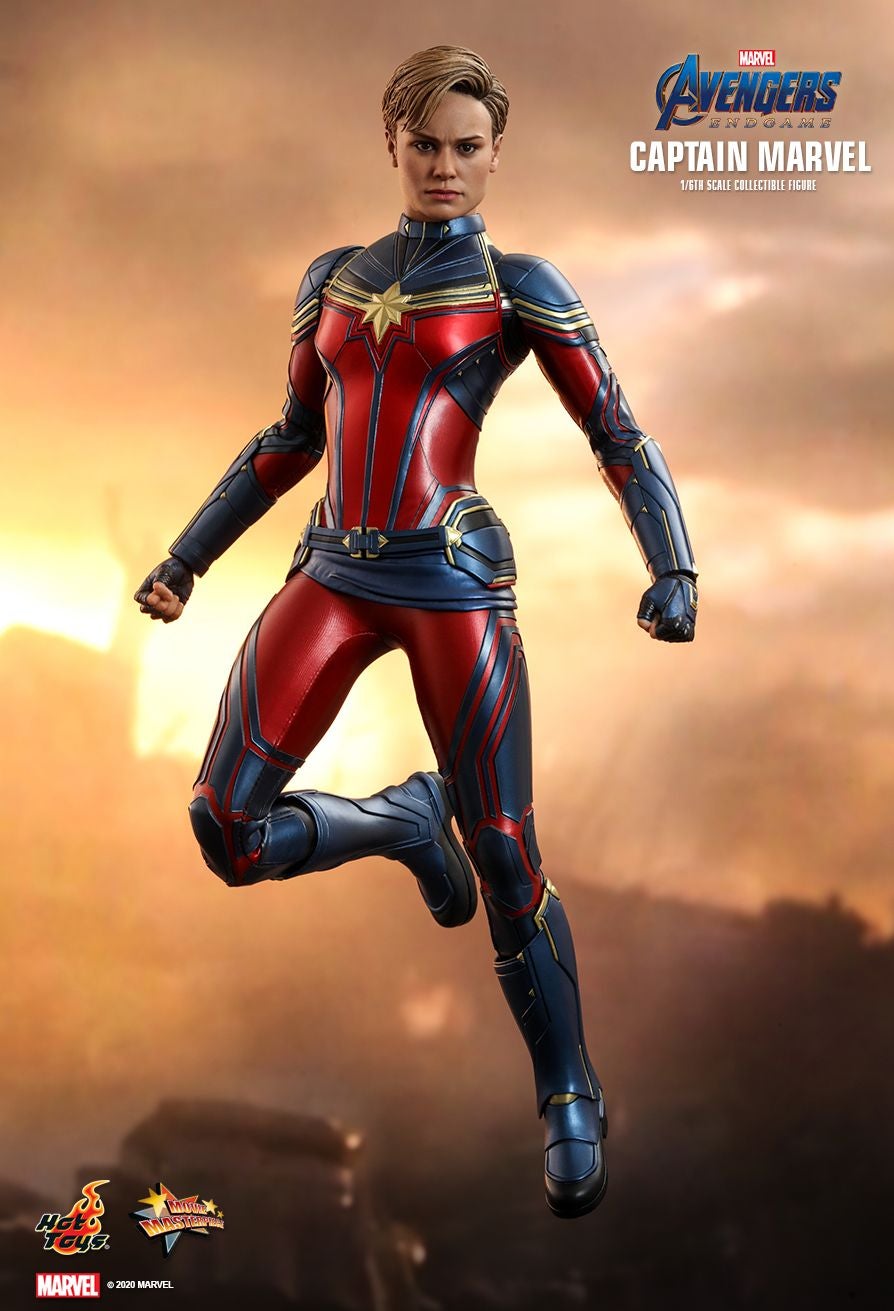 But that’s not all. Of course she also comes with some normal hands for when she’s not lit up like an interstellar Christmas tree, and one particularly important accessory: the epic battlefield that was Endgame‘s climax. 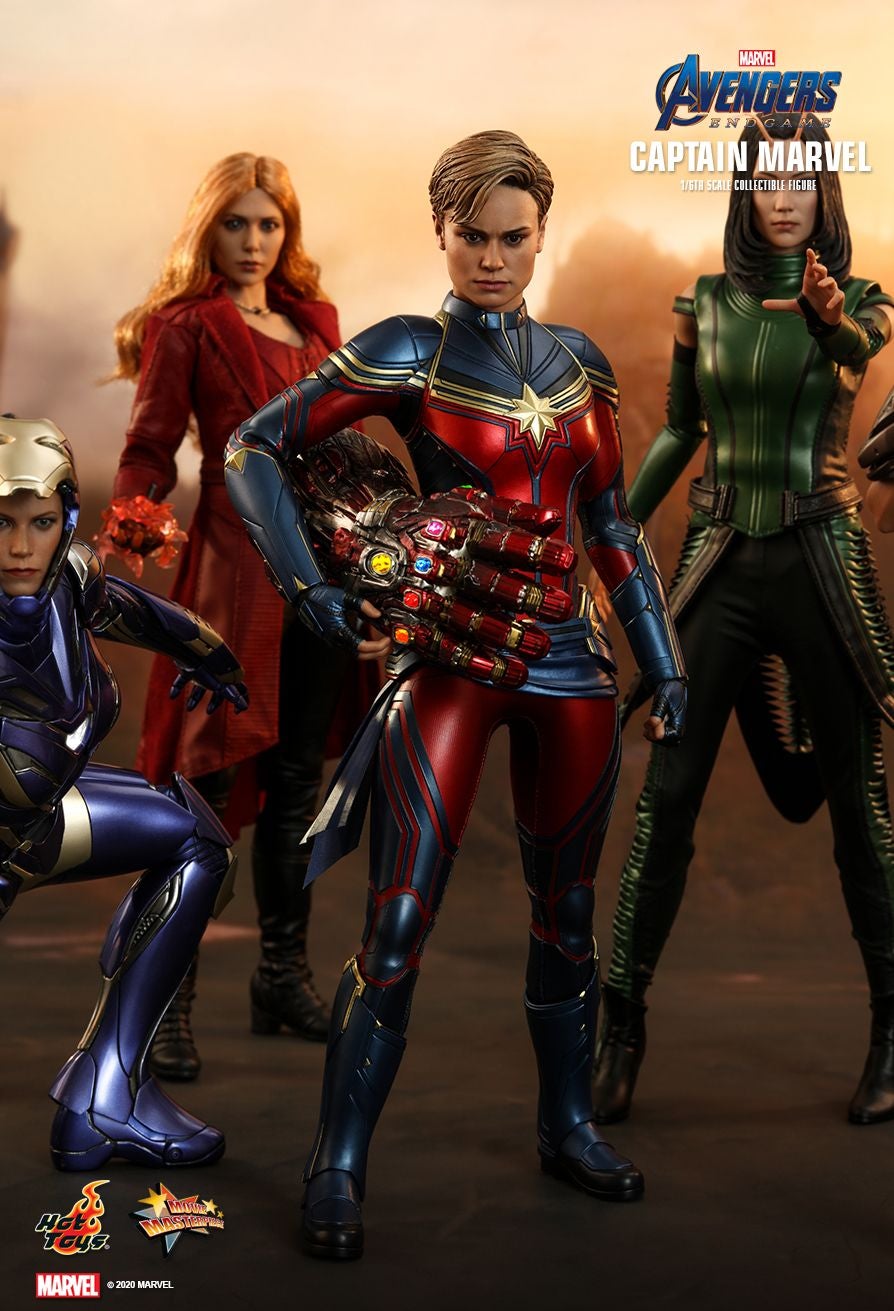 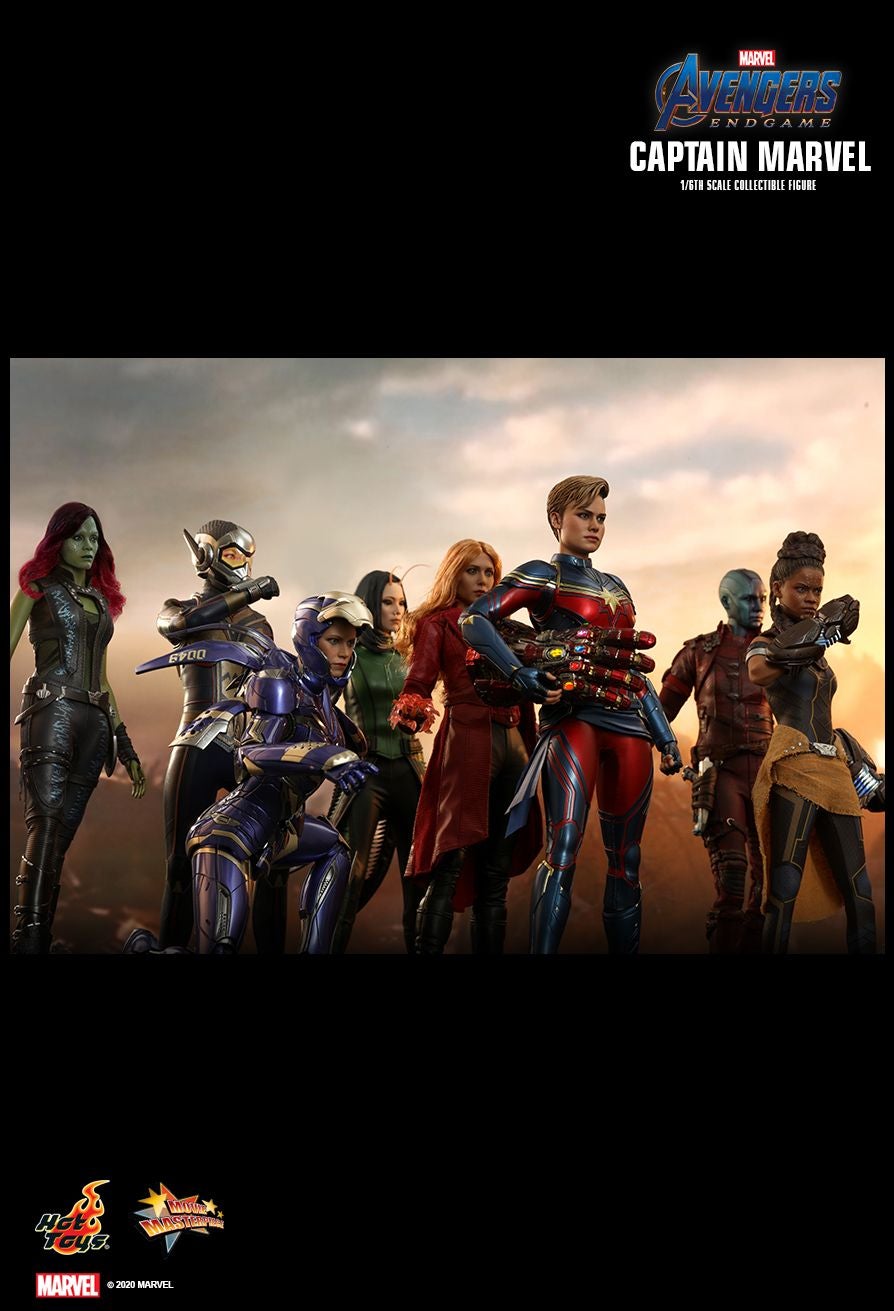 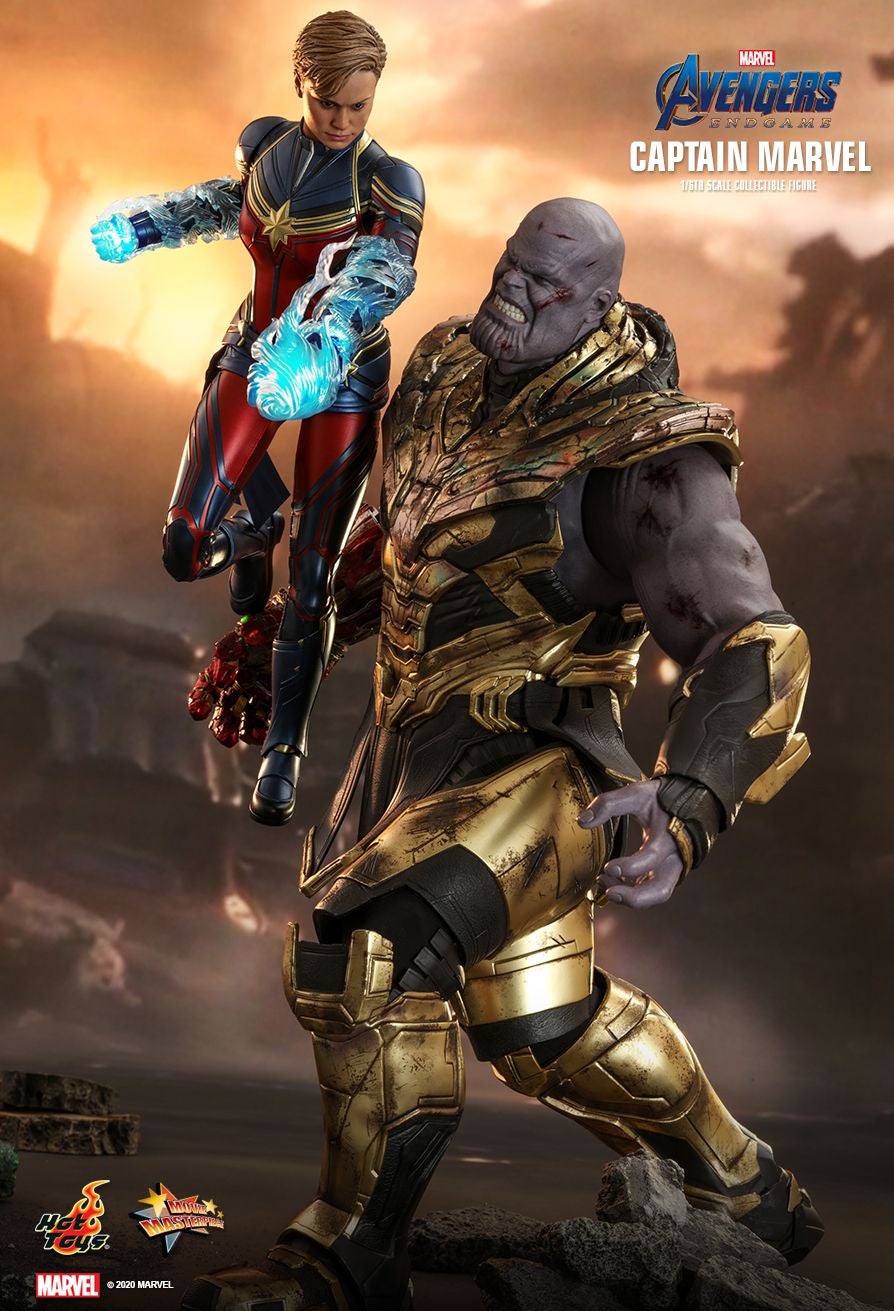 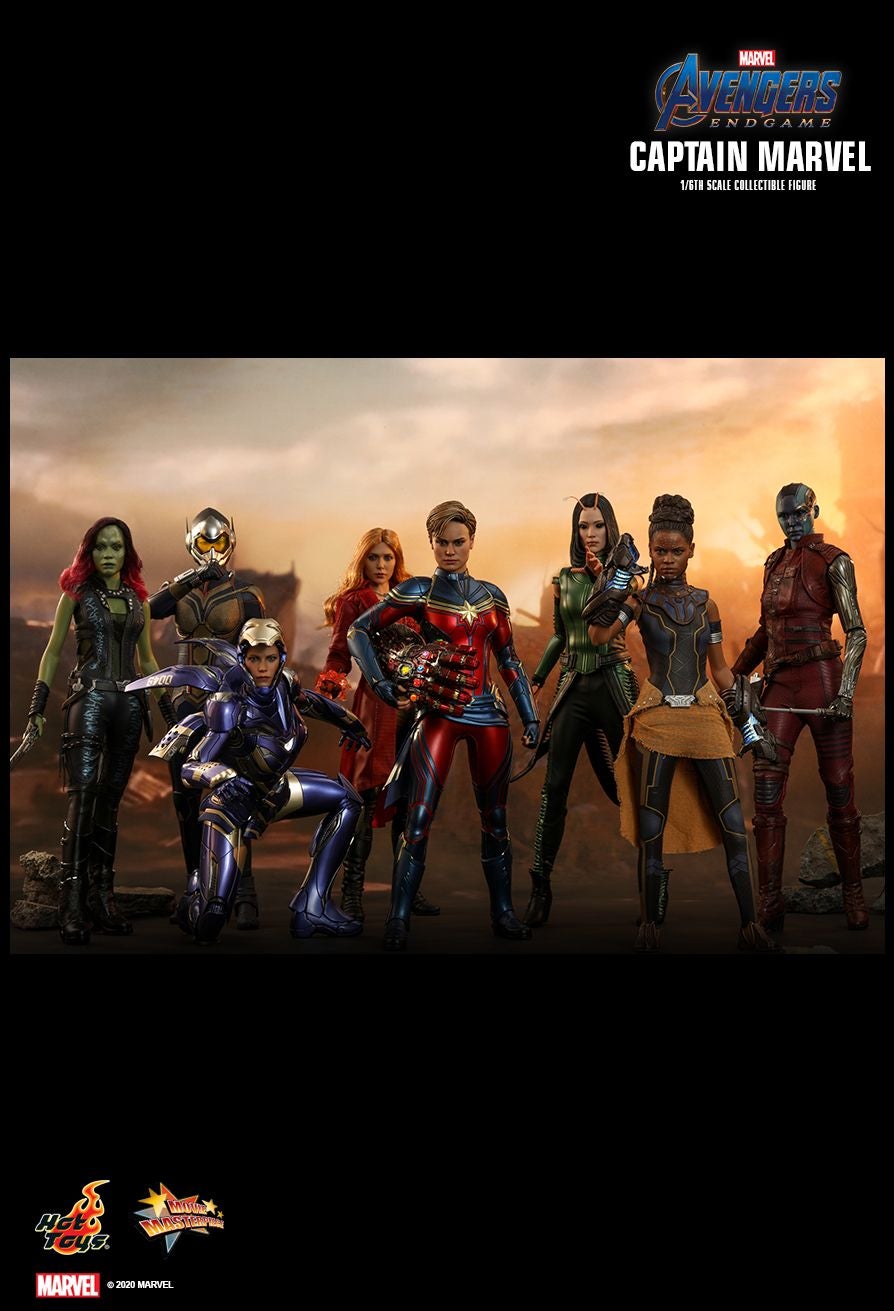 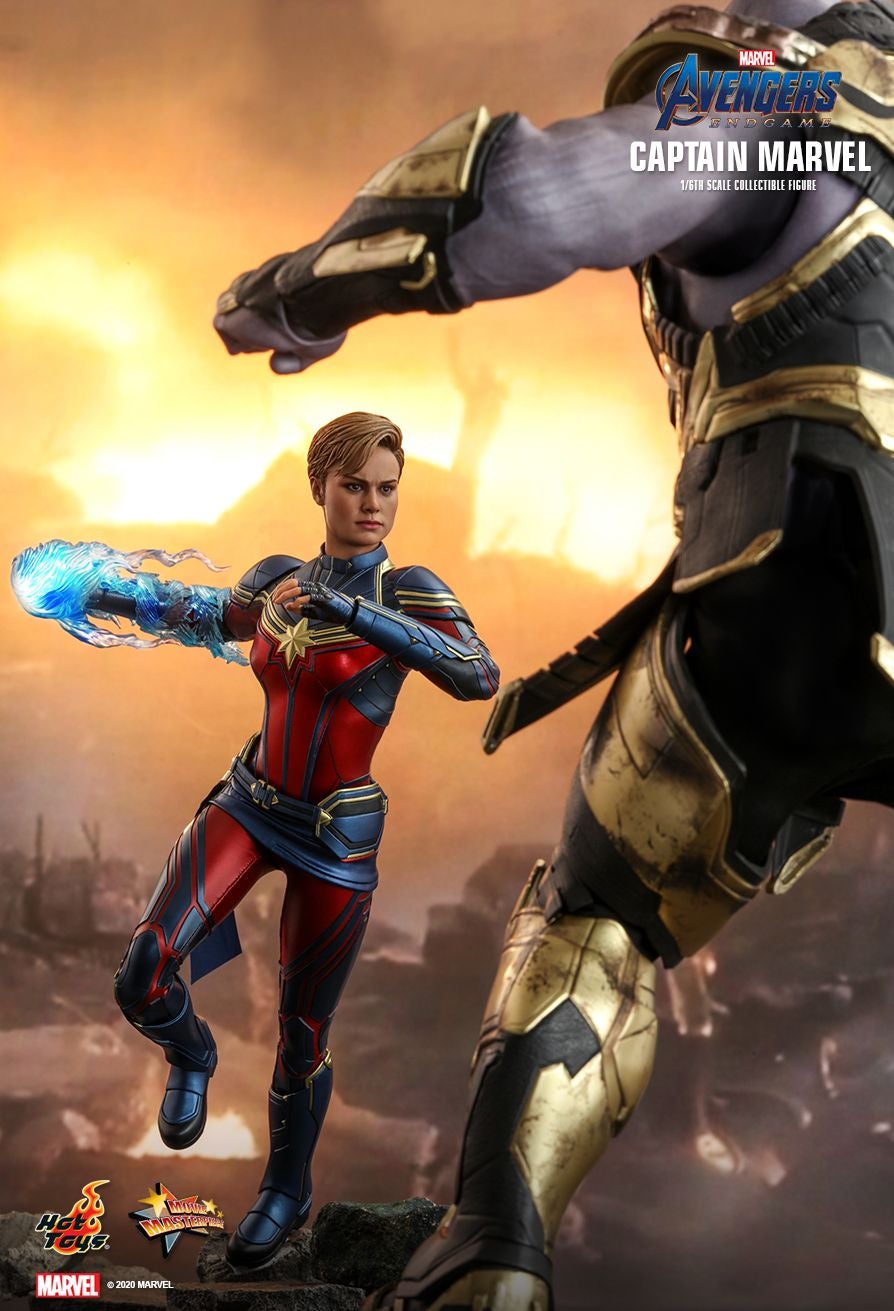 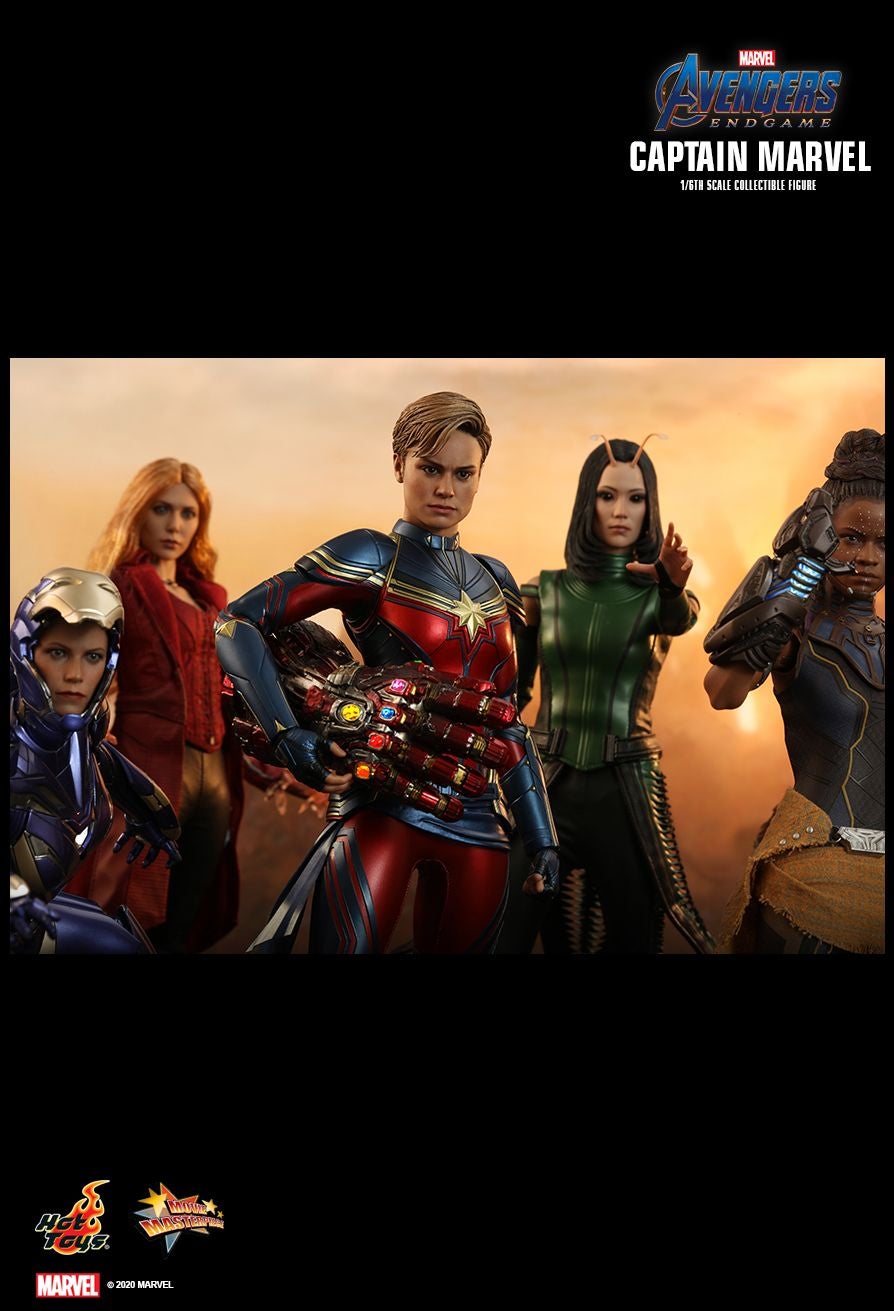 You just need, y’know, several thousand dollars’ worth of action figure to create it in full. Surely you’ve got those lying around already?

But to complete such a lineup, you’ll have to wait: Endgame Captain Marvel won’t be hitting shelves until the middle of 2021.