How A Modder Got Bloodborne Running At 60 FPS 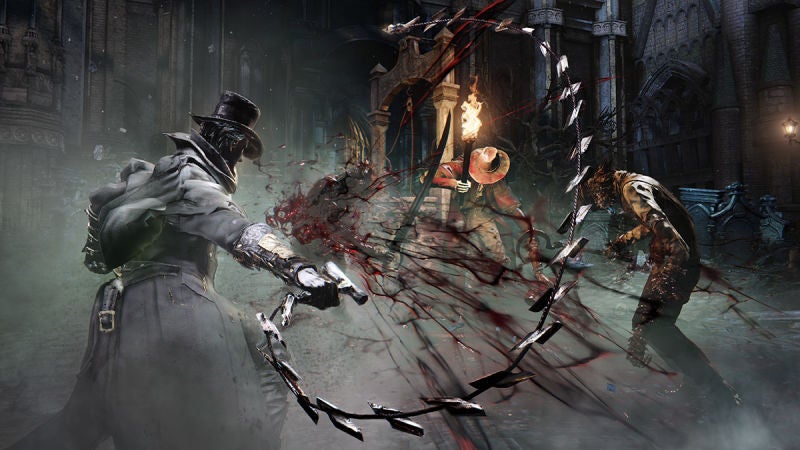 Screenshot: From Software
To sign up for our daily newsletter covering the latest news, features and reviews, head HERE. For a running feed of all our stories, follow us on Twitter HERE. Or you can bookmark the Kotaku Australia homepage to visit whenever you need a news fix.

From Software’s 2015 PS4 hit Bloodborne captivated at least as much as it frustrated (which is to say a lot). Its main drawback was a mere technical blemish: The game’s framerate meandered around 30, and often felt lower due to poor frame pacing. Enter noted Bloodborne archeologist Lance McDonald, who’s hacked Bloodborne to run at a very pleasant 60 frames per second on both PS4 and PS4 Pro.

McDonald is an old hand at this, having previously modded Bloodborne to uncover a boss rush mode. His first attempt at hacking the game to run at 60 fps was generally unplayable, running at twice normal speed and with no HUD.

I patched Bloodborne to run at 60fps. It works alright (about as good as the Dark Souls 3 PS4 Pro patch does) except for the fact that the game doesn't have proper timing and the entire game basically runs in fast-forward. This is running on a base PS4. pic.twitter.com/vfdjjWxpp5

But over a rapid series of tweets, McDonald announced further refinements. First came much-improved performance and frame pacing via the PS4 Pro’s Boost mode, and barely a half-hour later, properly timed game logic, meaning that the game was now largely playable at 60 fps.

“I was working on adding back a few developer features into the game yesterday, just some cheats and debugging tools,” McDonald told me via email, “and while going through the list of debug features, I remembered there’s actually a 60 fps mode in the game, just one that’s totally broken and makes everything go way too fast. I patched that back in while I was there just for fun.

“I got sidetracked on that for a few hours and ended up reverse-engineering the working 60 fps mode that exists in Dark Souls 3 on PlayStation 4, and ported it all over to Bloodborne with some pretty nice results.”

The hack currently lacks a frame counter, but to McDonald’s eye the new framerate seems pretty solid. “It looks great to me,” he said. “I eventually patched the game further to lower the framebuffer to 720p, and it seems to be a rock-solid 60 fps that way.”

Despite the PS4’s technical limitations, McDonald wasn’t surprised that the game could run at 60 fps. “This [debug menu 60 fps] feature existed in the earlier alpha version (although with the aforementioned high speed issue), so I was able to see that the game could comfortably break past 30 fps in some rare scenes.”

Some of Bloodborne‘s framerate problems come from inconsistent frame pacing, with individual frames displaying for inconsistent lengths of time, which makes the game look stuttery. Just boosting performance to 60 fps alleviated some of the apparent stutter, but McDonald said he needs to have friends with keener eyes analyse some footage to verify just how fixed the frame pacing really is.

As for other possible optimizations, McDonald said, “V-sync would just lock the game to 30 fps in any area that 60 fps is not possible, so I probably won’t bother with that. It would be a bit jarring. I [also] need to fix the HUD so that it scales to 720p properly. It’s mostly fine but enemy health bars don’t line up properly.”

Finally, the question on everyone’s mind: Will he actually be able to release some version of this hack to other players? Unfortunately, the prognosis isn’t great.

“It would be possible for me to release a patching utility, but it would only be usable by the tiny percentage of PS4 users who are able to run modified software on their systems and know how to apply their own custom modifications on top of that,” McDonald said. “It’s a difficult thing to approach, [so] I’m not sure what will happen.”

While 60 fps Bloodborne isn’t yet ready for the masses, it’s rad to know that it’s not only possible, but well within the PS4 hardware’s technical grasp. For now you can check out his two most recent 60 fps demo vids, showing the first couple bosses and the full fight with Father Gascoigne playing out with a heretofore unseen smoothness. Someday, grant us eyes, may we all play Bloodborne at this (un)holy framerate.