Final Fantasy 7 Remake is my first time playing the game that made Final Fantasy a household name. Growing up, my house was a Nintendo house. I cut my teeth on Super Mario Bros. 3 and played through Kirby Super Star more times than I can remember. My only memory of Final Fantasy 7 is finding a used copy in a Wherehouse Music. I couldn’t wrap my head around why it needed three discs, and I begged my cousin to buy it so that I could watch him play it on his original PlayStation. He didn’t.

Since then, I’ve come to understand the power of Final Fantasy 7. Fans my age speak of it as a formative experience of their adolescence. Its prominence in the gaming zeitgeist meant that I had formed full opinions on it without ever picking up a DualShock. I disliked Cloud’s brooding without seeing even a second of cutscene. I knew of a main character’s death before I even knew what she looked like. Final Fantasy 7 was the first game that could be fully experienced through word of mouth, a big deal before the internet made us all experts in everything.

The response to Final Fantasy 7 Remake’s announcement—Twitter celebrations and YouTube videos of longtime fans brought to tears by the news—was in the front of my mind after jumping off the train in the opening cinematic. I took my initial steps with reverence, making sure to soak in everything around me. I wasn’t about to treat this opportunity flippantly.

Much like the original, Final Fantasy 7 Remake follows Cloud, an edgy dude with a giant sword. When we first meet Cloud, he’s joined up with a small cell of eco-terrorists known as Avalanche to destroy a power plant siphoning energy from their planet. This is not an ideological fight for Cloud. Many of his early lines revolve around being there just for the money. Cloud is annoying in the way many protagonists of the era were: efficient, emotionless, and obviously nursing a less-than-rosy past meant to justify his shitty attitude. 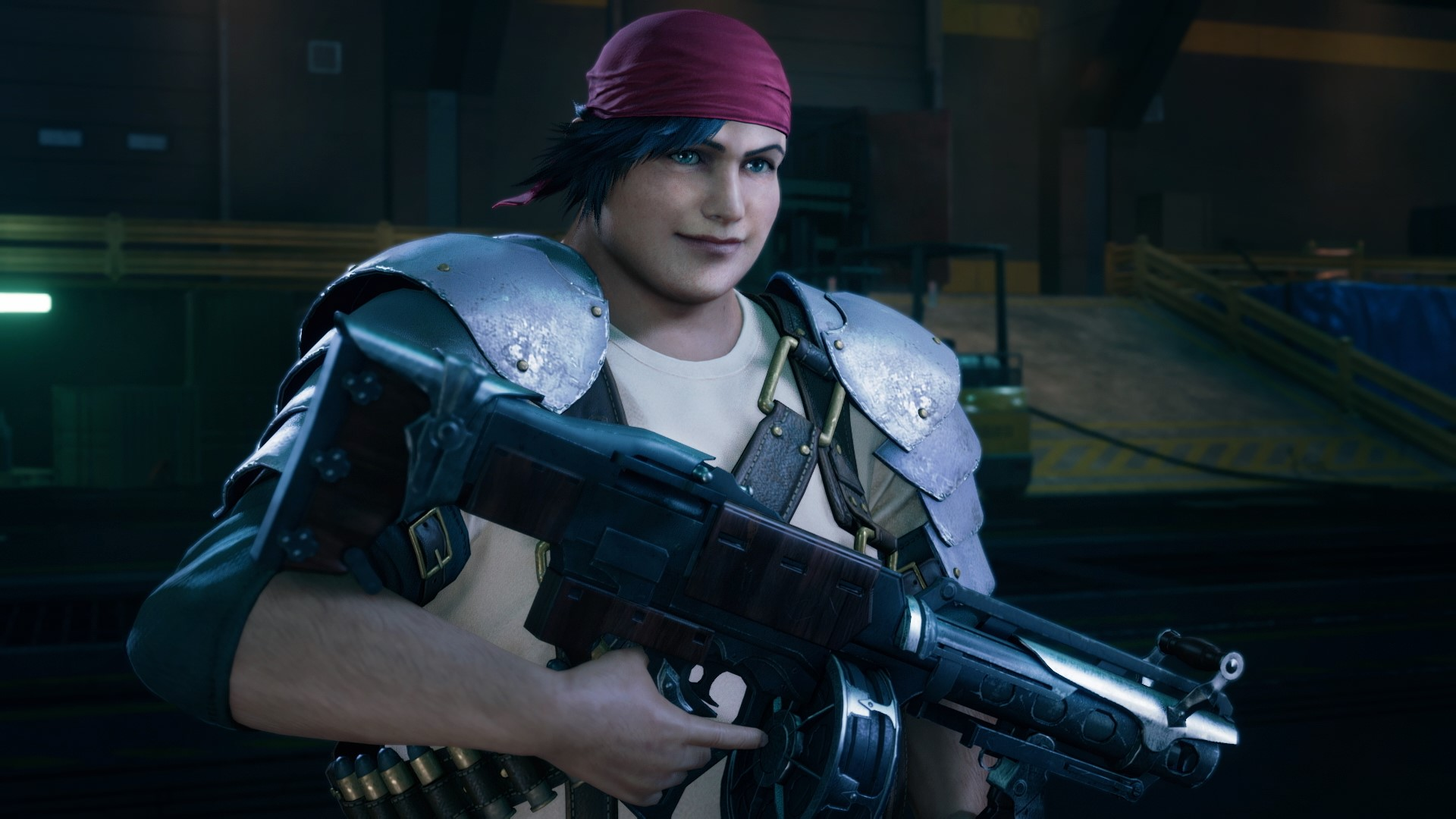 Avalanche team leader Barrett similarly failed to make much of an impression on me. He’s loud for the sake of being loud, another trope that reveals the age of Final Fantasy 7’s narrative’s. He takes Cloud’s brattiness and returns it tenfold. The back-and-forth sniping the two share during battles is so grating that I almost considered turning dialogue off altogether. It wasn’t until a few hours later, when I saw Cloud interact with childhood friend Tifa and Barrett reunited with his daughter Marlene, that I finally started to warm up to them.

The true highlight of my first few hours with Final Fantasy 7 Remake has been the rest of the Avalanche squad. The dashing Biggs seems like another Cloud situation, until he reveals himself to be a thoughtful tactician. Wedge, while sadly relegated to comic relief because of his weight, is totally loveable thanks to voice work from Matt Jones, the same actor who played Badger in Breaking Bad. Then there’s Jessie, who immediately establishes a playful, flirty relationship with Cloud. Amidst the enduring argument between Tifa and Aerith, I’m firmly on the side of Team Jessie. I even commissioned art of her after finishing the demo a couple of weeks ago. (I need to get out of the house.)

Final Fantasy 7 Remake utilises Jessie, who takes the fallout of Avalanche’s mission especially hard, as a personification of the conflicts that exist within the militia itself. They’re essentially eco-terrorists, but without them evil megacorp Shinra would have free reign to destroy the planet. There’s a degree of risk in any revolutionary action, in which the steps taken to achieve victory against a powerful oppressor might blow back on innocents. It’s a big part of how those oppressors maintain power, both in the real world and the world of Final Fantasy 7. The malevolent corporation has so attached itself to the city’s infrastructure that any blow Avalanche deals to it reverberates through the civilian population. This adds a much-needed layer of thoughtfulness that helps push Final Fantasy 7’s story past the usual “good vs. evil” dichotomy.

In my first few hours with Final Fantasy 7 Remake, I’ve grown to appreciate the respect it’s garnered from the rest of the gaming world. Cloud, Barrett, and even Tifa may have failed to make an impression on me so far, but the overall narrative is nuanced enough that I’m sure those characters will see greater development as the story progresses. And much as I want there to be a game entirely about loveable Avalanche doofuses like Biggs, Wedge, and Jessie, I’m eager to see where Cloud’s journey takes him next.