For the most part, Final Fantasy VII Remake is fairly straightforward. It does a good job at explaining its various systems. Tutorials aplenty outline the intricacies of spells, materia, and party management. Kotaku‘s Jason Schreier also went over a lot of the basics in his Final Fantasy VII Remake tips post. But there are plenty of other little things the game isn’t upfront about. Maybe it’s a straight-up omission on the part of the game. Or maybe this stuff was buried in a guide that you breezed through too quickly (guilty as charged). Whatever the case, you have to learn some tricks the hard way. Or, you could just read on:

The game won’t pause if your controller dies.

If you start up Final Fantasy VII with a well-charged controller, you’ll never have to find this out. Or maybe it’ll just happen when you’re reslotting materia or levelling up Cloud’s buster sword. But come on. We’re living in a universe that [gestures vaguely toward any front page from the past five years]. This mortal plane we occupy is governed by a truly depraved sense of humour. In other words, it’s a near certainty that your controller will sputter out in the middle of a boss fight that, by all accounts, is a cakewalk, but now it will have been rendered genuinely challenging.

Alas, there’s been no official word from Square Enix yet on whether this will be changed. (We’ve reached out to Square Enix for clarification.) So the unlucky and unprepared among us will have to suffer the indignity of watching a standstill Cloud get pummelled by that renaissance faire bartender in the final part of Chapter 4. Unless you keep your controller well-charged, or perhaps even plugged in. Which you should.

The Legend of Zelda: Breath of the Wild, this is one game that’s best experienced in all its eye-popping glory. Turn off your minimap.

You can get interrupted.

If you’re reading this post, there’s a good chance you’re familiar with Final Fantasy VII Remake‘s ATB battle system. (For those who aren’t, here’s the short version: Fight stuff. Charge up sections of a gauge. Use those charged sections to perform cool moves, spells, and abilities.) What the game doesn’t make very clear is that your moves can get interrupted by enemies if you don’t get them off fast enough. In other words, you won’t fire off the spell or ability at all. Even worse, you’ll lose that ATB charge. As far as battle dynamics go, it’s a cool feature that adds a wrinkle of complexity to the battle system. It’d just be nice if the game warned you first!

Parrying is an essential part of Final Fantasy VII Remake‘s battle system, particularly in the one-on-one matches that pop up throughout the story. Too bad the game is coy about that. For those who may not realise, Cloud’s parry move is part of his “Punisher” mode (that’s the one where you’re way slower but way stronger). Make no mistake: It’s fantastic. Doing it successfully will fill up Cloud’s ATB, fill up an enemy’s stagger gauge, and do some serious damage. Best of all, pulling one off doesn’t require any Nioh-like precision timing. All you have to do is hold R1. If you’re struck by a physical attack, you’ll parry.

Assess has unclear benefits (and limitations).

As my soon-to-be-former (sad trombone) colleague Jason Schreier mentioned in his must-read tips for the game, you don’t have to recast Assess every time you want to see an enemy’s health bar. Just click the DualShock 4’s touchpad and you’ll pull up some handy info about your combatants: a health bar, their elemental weaknesses, and even a quick-tip strategy on how to take them down.

The extremely helpful thing about Assess is that, if you’ve leveled it up, it covers all enemies in the battlefield; you don’t have to cast it on every individual enemy you’re up against. Just pull up the info screen and flick the right thumbstick to scroll between foes.

Less helpful is the fact that Assess info doesn’t carry over between fights. Let’s say you get all the pertinent battle info for Gorger B in one fight. The next time you go up against Gorger B, yeah, you can press the touchpad to see its elemental weaknesses, but don’t expect to see any relevant figures next to its health bar (other than a derisory “˜’???/???”). You’ll have to cast Assess again if you want to see that info.

The play clock will pause.

Heads up for the “I beat X game in X hours” crowd: The play clock will continue to run if you have the main menu open. But it’ll automatically stop after three minutes. However, if you’re just hanging out in the overworld”or even if you have the commands menu open”it’ll keep going indefinitely. (Final Fantasy VII Remake is a roughly 40-hour game.)

Early in the game, you’ll start collecting Moogle Medals. If you’re a longtime Final Fantasy VII fan, maybe you know what these are. If you’re a newcomer, like me, you might find yourself utterly bewildered. See, Final Fantasy VII Remake doesn’t tell you what these things are used for until you reach Chapter 8. So that means you’ll end up spending more than a dozen hours picking up this loot that, for all you know, is completely useless. Of course, once you complete Moggie’s side quest and open up The Moogle Emporium, you’ll discover the truth: that Moogle Medals are, in fact, the most valuable currency in the game.

One of the best parts of Final Fantasy VII Remake is that fact that, outside of battle, you can save anywhere. It’s a fantastic design choice that makes the game far more accessible to busybodies and other time-cramped folks. Despite being a 40-hour RPG, because of this easy saving system, Final Fantasy VII Remake is still a game you can more or less pick up and put down at the drop of a hat.

Thing is, saving is kind of a pain. You have to open up the main menu, then go to “Save/Load,” and then open up the save menu, which itself kicks off a brief load-up. That’s not too bad if you do it irregularly. Players who rely solely on the autosave won’t have an issue. But if you’re the type who saves often, all that extra time adds up. You can circumvent the process by hitting the triangle button from the main menu. That’ll take you directly to your save files. 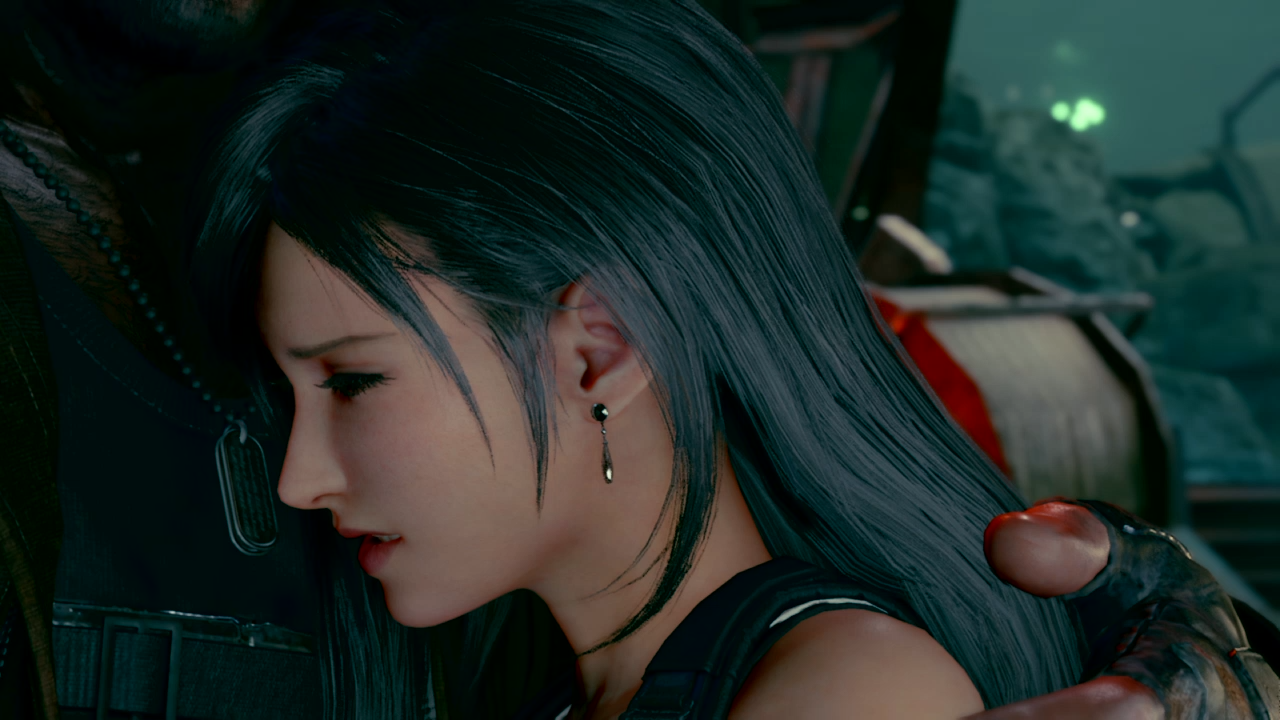 Although I've been made aware of the major story beats in Final Fantasy VII over the years through osmosis, Remake is the first time I've experienced them personally. I wasn't prepared for the impact Shinra's attack on Sector 7 would have on me as I played over the weekend, and now more than ever am I invested in the heroes' mission to bring down the fascist megacorporation.