So the PlayStation 5 controller is here ... and it's very, very white. And maybe because it's of all the white, but the initial reactions to the DualSense have been: Is this a Switch Pro Controller? How long is it going to stay white? And what the hell does the "Create" button do that the "Share" button didn't?

The first main response to the DualSense's announcement this morning, of course, was: where's the all-black version? It's a valid question given Sony's default controllers have always been black in the past - save for the original grey PS1 controller - even though other colour schemes are always available at some point. 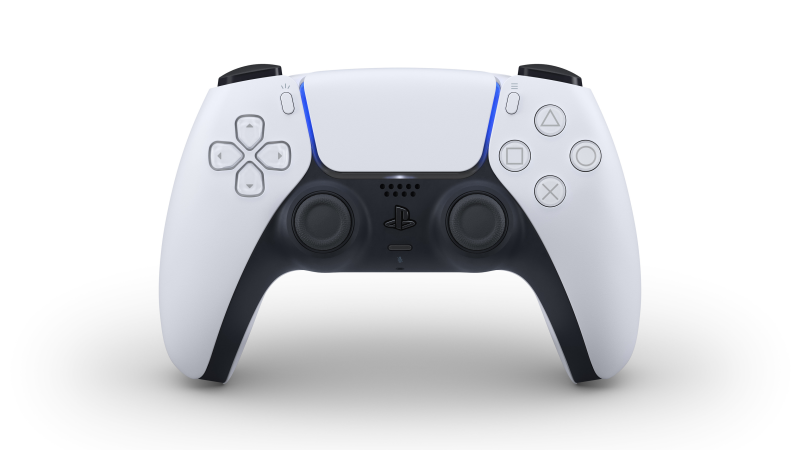 While we’ve yet to get a glimpse of the PlayStation 5 itself, Sony has seen fit to tease us today with a first look at its controller.

I amde a black version of the new PS5 controller. pic.twitter.com/VOrU0jganP

Some couldn't help but liken the mostly-white look to other mostly-white designs, like Stormtroopers. And plenty of users liked the change, particularly those who were happy to have an all-white stock controller to match their all-white consoles - although some noted that Sony's comment about the two tones might indicate the console itself will have a similar design approach.

Anyone else seeing the resemblance? pic.twitter.com/h5tlztlRft

The colors and aesthetics seem....familiar...

I think the console will be white and black as well. It will go better with the PSVR as a whole package. Cant wait to see those 2 hardware reveals soon.. pic.twitter.com/dbp62GWyaL

Others took the base design and started applying their own colours, offering an idea of what the DualSense might look like in a couple of years as more promotional controllers and variants are made.

A couple of designers took issue with the iconography above the start/select buttons, although there's a definite upside for one avian hero:

ok controller designers, what the fuck am I supposed to say when a non-gamer is holding the controller and I need them to press one of these? pic.twitter.com/6KfY56torD

Well, I know what at least one of those buttons does, but it seems odd to make a controller with a button dedicated to just one game. pic.twitter.com/u4Tzdjl6Mr

On the bright side, everyone can be grateful Sony didn't get too wild with the DualSense.

got a leaked pic of the new ps5 controller#PlayStation5 #PS5 pic.twitter.com/Vo8GWy9Cxs