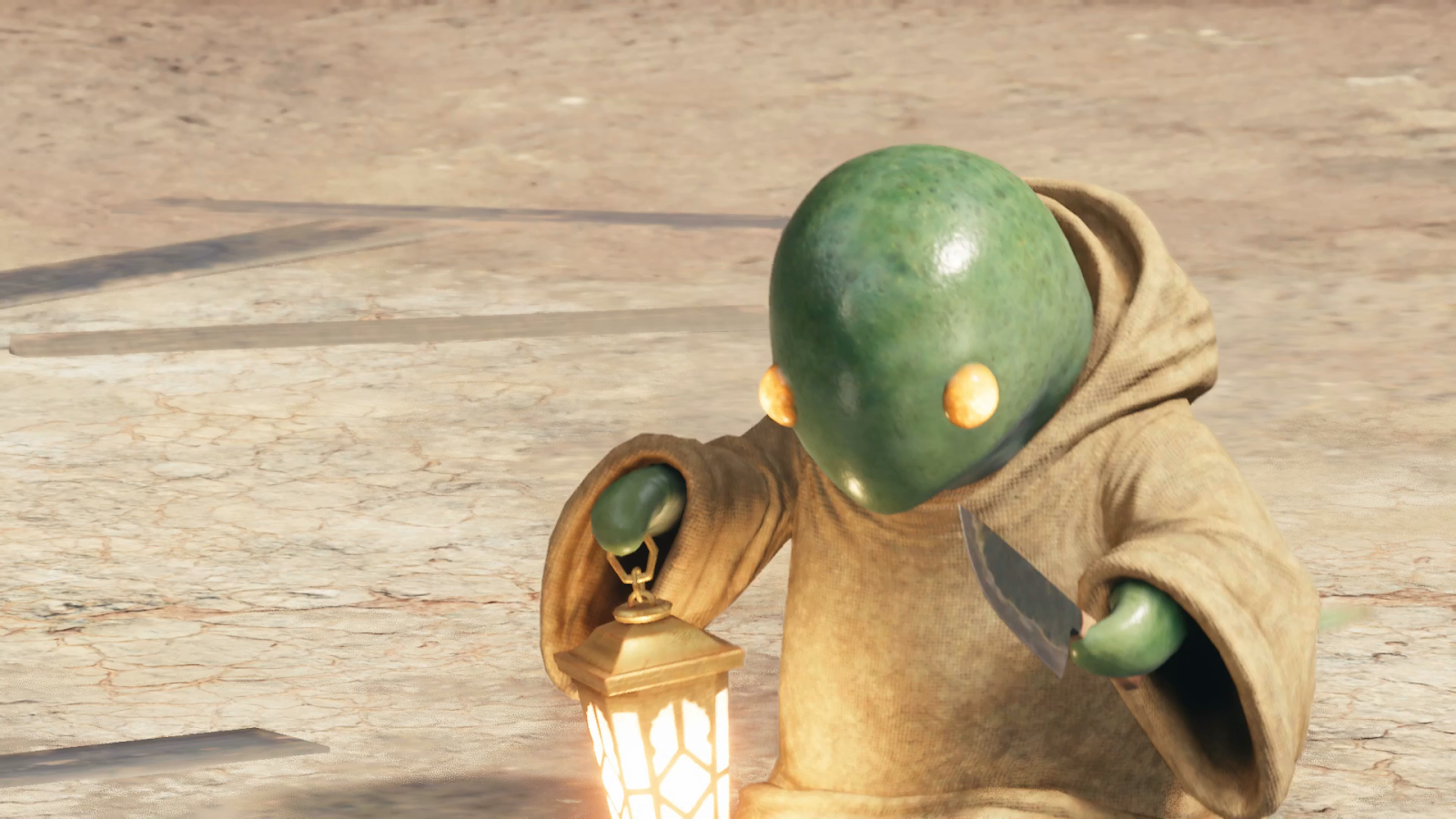 It’s important to analyse games with rigorous consideration. Games are art and we need to hold them accountable for everything they contain. So please understand how serious I am when I say that Tonberries are the funniest fucking thing on the planet.

The Tonberry (Tonicus Berricus) is one of the most iconic enemies in the Final Fantasy franchise. First appearing in Final Fantasy V on the Super Famicom, these small pickle men have harassed players for nearly thirty years. They are small, they are green, they have knives. Because they are possessed of slow speed and beady eyes, you might not think they are dangerous. You would be wrong. Tonberries are like if snails had katanas. They are like pugs with machine guns. They are geriatrics with grenades. They will murder you until you are dead. If I was a boring person, I would explain to you that the juxtaposition of lethality and goomba-esque design is key to their comedic power. That would be wordy and stupid when all I need to say is: “Look at this tiny gremlin.”

I don’t know who designed the Tonberry but they deserve one billion dollars. That much money is sinful but I will allow it in this one special case. Tonberries are top tier. Nothing is funnier. You could show me all the Buster Keaton pratfalls in the world, point me to the sharp writing of Mark Twain, or insist that someone like Weird Al had a funny song or two. Richard Pryor, George Carlin, Mitch Hedberg? God rest them all but I will never laugh harder than when I see a Tonberry. Every time without fail, these gnarly bastards leave me hooting and hollering. The last thing I will picture in my mind before animal panic sets in and I fade into the great mystery of death is a Tonberry. I will crack a smile that will perplex everyone in the room. They’ll make up a story like “she must have seen the souls of all her friends and family.”

I’m telling you now. It was a Tonberry.

The Tonberry fight isn’t exactly hard but you will get smacked around. Characters will get KO’d through a combination of powerful magic spells and waddling knife stabs. It’s a genuine clusterfuck. Final Fantasy VII Remake’s combat system is pretty intuitive and smooth but nothing can stand up to a Tonberry. This is the one time the engine really breaks down but that’s the point. It’s like Sans Undertale says: “You’re gonna have a bad time.”

Except it’s not like that at all. Because Tonberries are the best Final Fantasy monster. Fight me in the comments; bring on your posts one at a time or all in a rush. I don’t give a damn. Chocobos? Cactuar? Chumps. You may not like it, but this is what peak performance looks like.