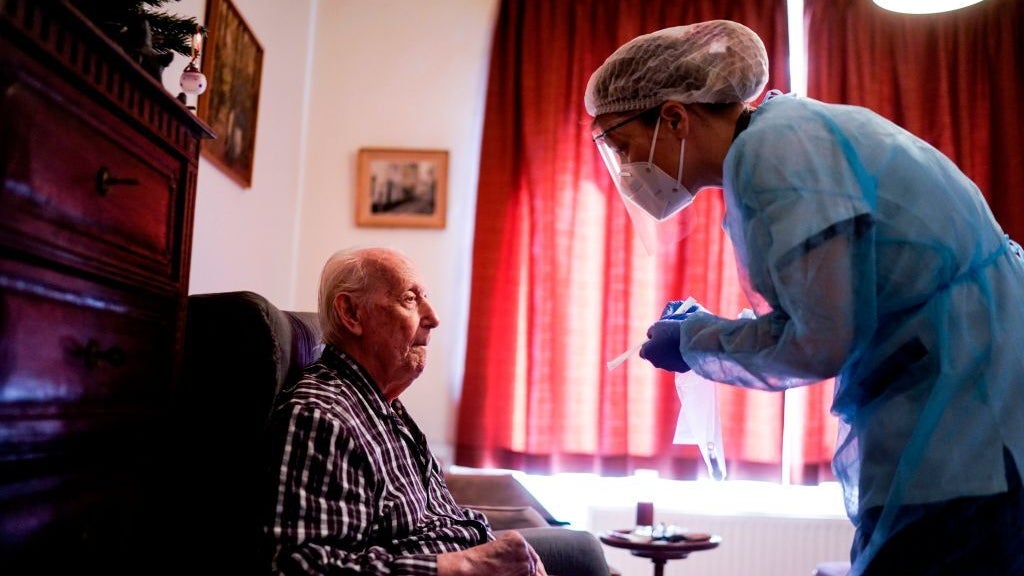 Photo: Kenzo Tribouillard, Getty
To sign up for our daily newsletter covering the latest news, features and reviews, head HERE. For a running feed of all our stories, follow us on Twitter HERE. Or you can bookmark the Kotaku Australia homepage to visit whenever you need a news fix.

I understand why people get excited when video game companies and their executives donate millions to charity, as has been happening recently. Big numbers make for catchy headlines. “They’re doing their part!” we tell ourselves, happy to see private citizens chip in where governments have so often failed. After all, none of us will ever accrue that kind of money in our lifetimes. But is that truly the best they can do?

CD Projekt co-founder and CEO Marcin Iwiński is a billionaire. He owns 12,150,000 shares of the company he helped establish in 1994, whose stock is now worth 368 Polish złoty (PLN). This makes Iwiński’s net worth (based on his stake in CD Projekt alone) around 4.4 billion PLN, or a little more than $US1 billion USD. Last month, Iwiński announced that he and the company’s other board members had somehow pulled together 2 million PLN (around $738,007) of their own money to “combat the spread of covid-19 in Poland,” where CD Projekt is located.

I’m not saying anyone should turn away that kind of money, especially in desperate times like these, but this amounts to a paltry sum when compared to the wealth Iwiński has accrued thanks to crunching employees who make a fraction of his income. Even if he had ponied up the full amount himself instead of going dutch with the rest of the CD Projekt board, that would amount to just .04% of his net worth.

You’ll find this phenomenon throughout the gaming industry. ZeniMax Media, the massive conglomerate that owns acclaimed developers like Bethesda Softworks, id Software, and Arkane Studios, announced today that it plans to donate $US1 ($2) million across a handful of charities. While it’s hard to gauge ZeniMax’s yearly revenues, since those details are private, investors valued the company at $US2 billion in 2016, and it’s a regular recipient of millions of dollars in cash infusions from private equity firms like Providence Equity Partners.

Meanwhile, Ubisoft reported making over $US2 billion USD over the 2018/2019 fiscal year, but announced in March that it would contribute just $150,000 USD ($232,078) to the World Health Organisation’s covid-19 relief fund. CEO Yves Guillemot rakes in an annual compensation of around $US2 million alone.

Last month also saw Riot Games promise $US1 ($2).5 million in relief for the Los Angeles area. Riot is owned by Chinese megacorporation Tencent, whose total revenue for 2019 amounted to a staggering $US15 billion. League of Legends alone brought in $US1 billion of that. Riot founders and chairmen Brandon Beck and Marc Merrill are compensated handsomely, with some estimates saying they “earn” $US10 million apiece every year. And both have previously purchased homes worth many times what the company is giving to help those in need.

The covid-19 pandemic is the biggest crisis many of us have seen in our lifetimes. Infection numbers continue to grow, coronavirus-related deaths are all too common, and millions have found themselves without income. It’s only natural to look fondly at big-looking checks in a time of need, no matter the source. But the numbers show just how trivial recent donations from massive video game companies really are in the grand scheme of things. If the situation’s gotten so bad that these leftovers are worthy of celebration, we’re in deeper shit than I thought.