Launching today for iOS and coming soon to Android, Mangamo is a $7.99 monthly subscription service that aims to serve up hundreds of volumes of Japanese comics in a completely legal and creator-supporting way, which is a lovely idea.

There are many manga subscription services out there, each with their pros and cons. Some cater to a specific publisher. Other focus on a narrow range of titles. Mangamo gives readers unlimited access to books from 11 different publishers, including Kodansha, Comicsmart, Toppan, North Star Pictures, and more.

Over the next three months, the service plans to host more than 1,000 volumes of manga across more than 300 titles, with new volumes added on a daily basis. Current offerings include popular manga like Attack on Titan, Somali & the Forest Spirit, Fire Force, and Arte, and titles never before released in English such as Dropkick my Devil, Akatsuki Babies, Reset Game, and Daily Meteor Strike. 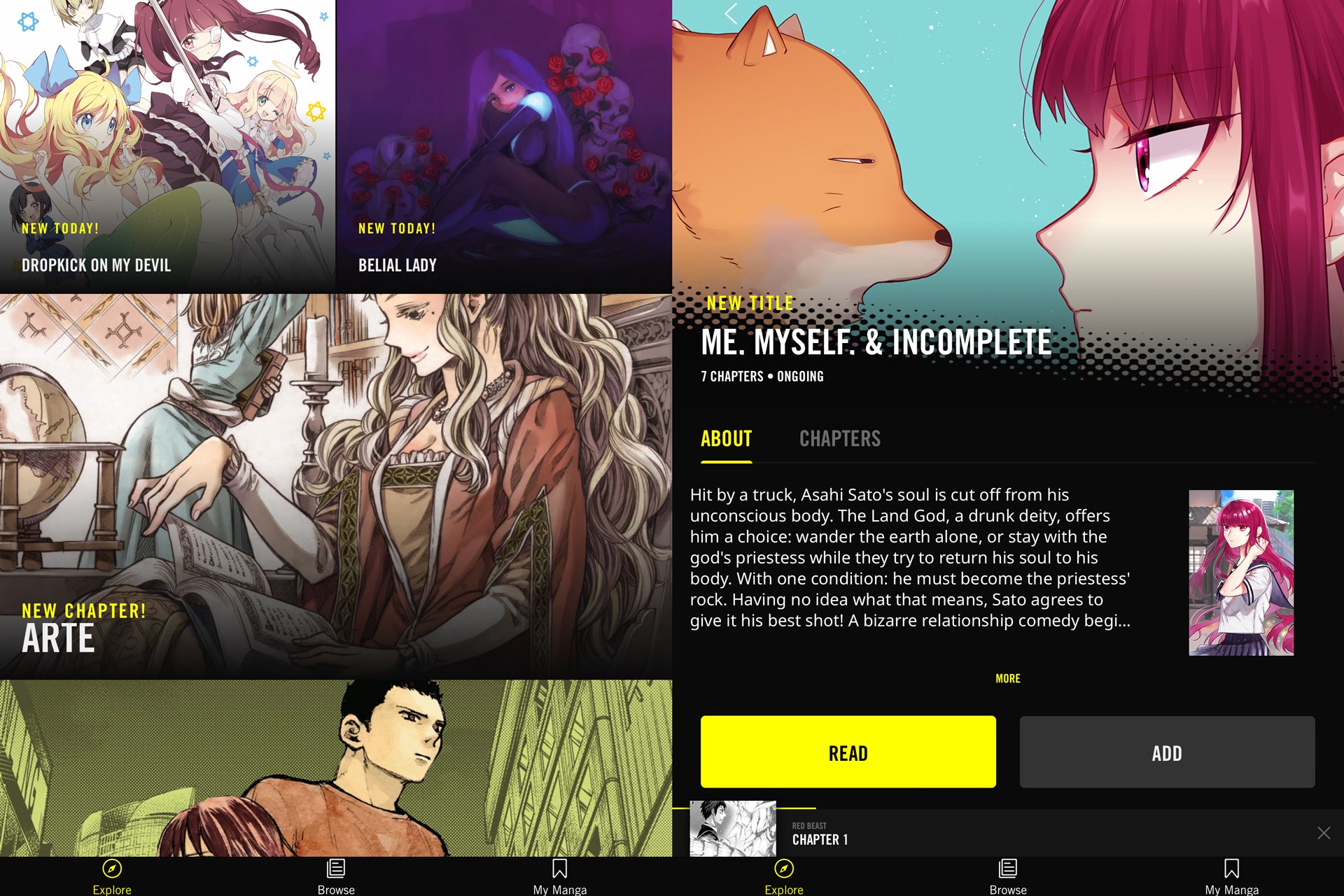 It’s an expansive collection of manga at a nice price, without the added benefit of supporting creators instead of downloading and reading illegally, you dirty manga pirates. It’s especially nice for me, someone who is just getting into manga and has no idea where to start and limited resources to purchase physical volumes. I just scroll through what’s available, pick something that looks interesting.

Mangamo launches today on iOS with a free two-month trial. How many right-to-left comics can you read in two months?