Super Mario Maker 2 has received its big version 3.0 update, adding a bunch of new items, characters, and a whole new mode for building entire worlds. There’s a ton of great stuff to play around with in it. But as a final update, it leaves a lot on the table.

First the big stuff: version 3.0 adds Super Worlds. You can now take all of those courses you’ve built and stitch them together into a larger journey. Super Worlds can only be constructed using the Super Mario World aesthetic, but they do a pretty good job of approximating the feel of the SNES game’s maps in miniature. They can also be made up of courses from any of the other game styles. Each Super World can have up to eight sub-worlds, and each sub-world can have up to six courses. That means Mario Maker creators can now in effect make their own mini-Mario games. 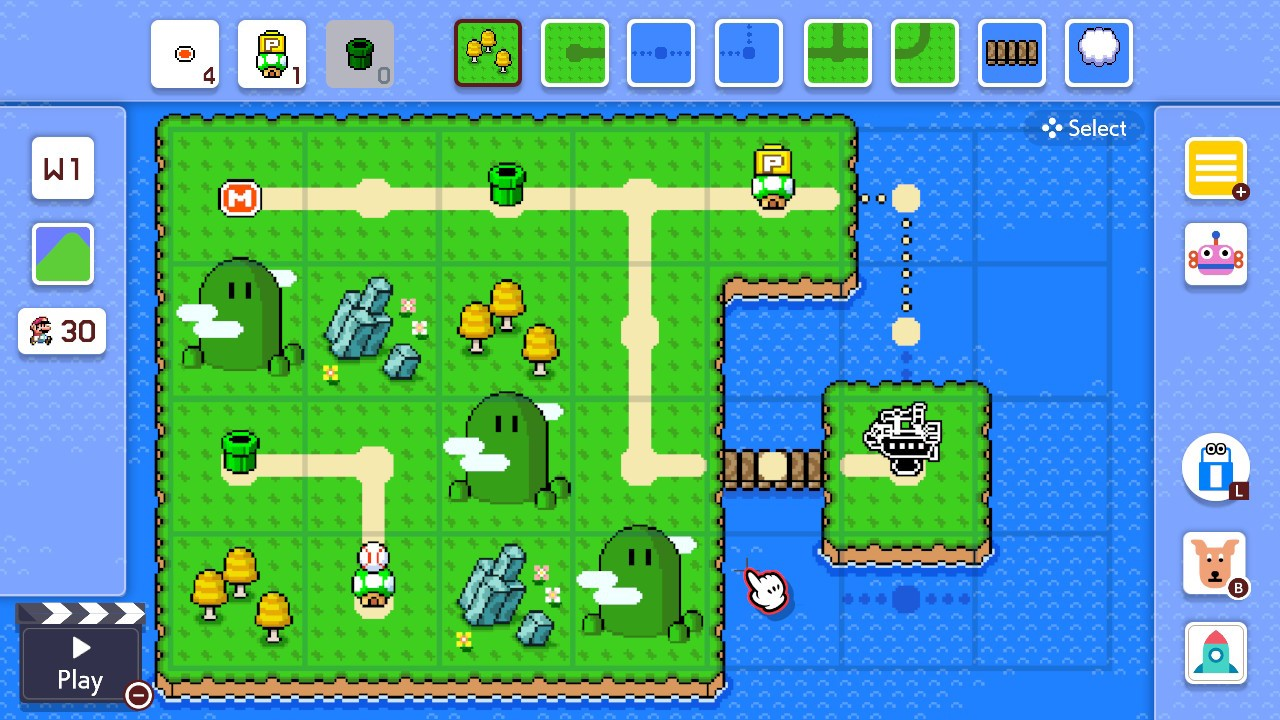 For each world you can choose between one of the eight different world themes, from ground or sky to volcano or space. You can then go about customising each of the 28 tiles on the world maps to add things like rivers, mountains, green pipes, and Toad house mini-games. You can also tweak blank squares to add ornamental details like smiling hills on a bucolic world or dinosaur bones on a desert one. While there aren’t a ton of options, it’s still a nice way to package courses and control the pacing of and order in which players experience them. And remember skinny Mario? Well, he’s finally back.

WHAT THE FUCK DID I JUST WITNESS #SuperMarioMaker2 #NintendoSwitch pic.twitter.com/gfozyRFLRf

There are some frustrating drawbacks, however. You can set the number of lives players start with, but nothing happens if they die: There’s no checkpointing and no progress is lost. Players’ power-ups players don’t carry over after they beat a course, either. As a result, a world’s courses feel like individual and separate obstacles rather than part of a larger challenge. You can also only upload one Super World at a time, a limitation that’s understandable and also means if you finally find one you like and have been working through it, it might not be there when you eventually return. 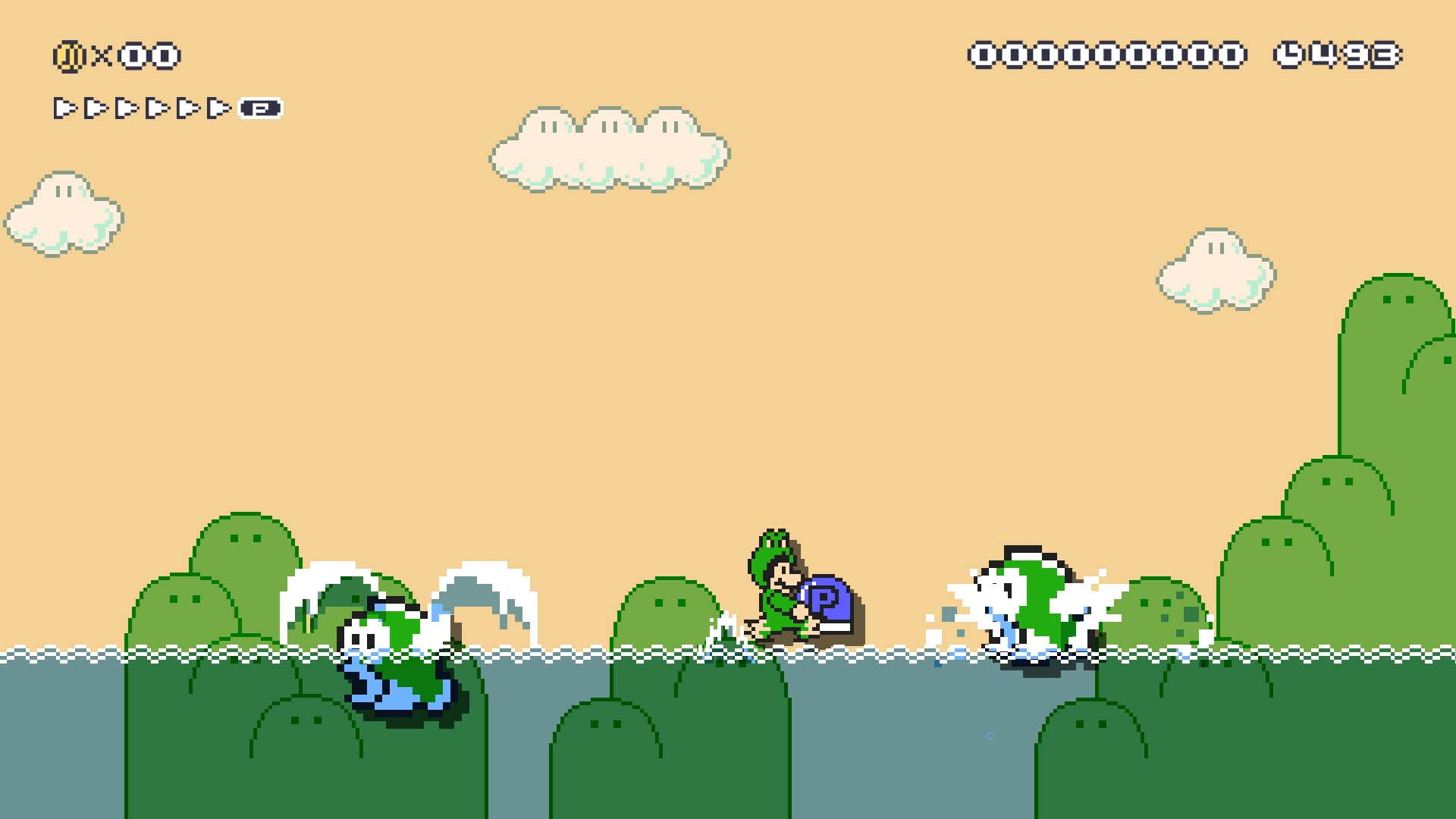 You can stack 10 bosses now. This is a good thing. #SuperMarioMaker2 #NintendoSwitch pic.twitter.com/V5OQw4gPlA

Finally having the Koopalings is great, and the Mechakoopas come in new varieties including one that fires homing missiles and another that shoots lasers. The real highlight is the new Super Mario Bros. 2 mushroom, which transforms Mario, Luigi, and Toad into the Super Mario Bros. 2 versions of themselves, complete with that game’s level up sound effect. In addition, getting the power-up will also change the music in certain courses, like underground-themed ones, to the respective Super Mario Bros. 2 tracks. It’s a nice set of little easter eggs.

These details aren’t quite the Super Mario Bros. 2 mode many fans have been hoping for, unfortunately. It was surprising when Super Mario Maker 2 came out without a Super Mario Bros. 2 mode. It seemed likely it might get added in a future update. Here we are less than a year later in what Nintendo says is the game’s final update, and the nods inherent in the mushroom power-up seem like the closest we’ll ever get. 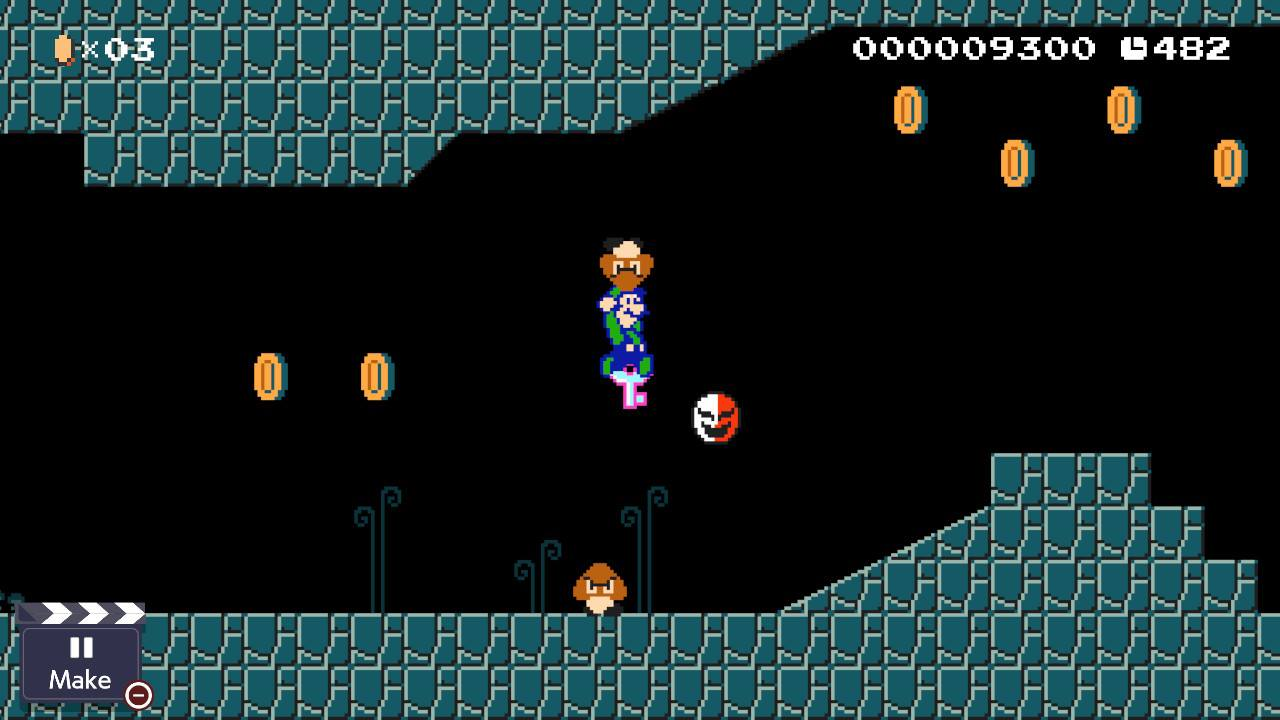