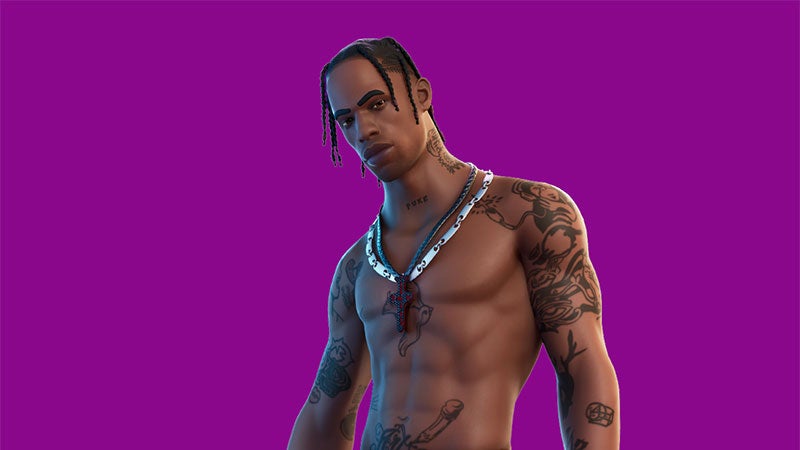 Rapper Travis Scott just made an appearance for the first of five shows he’ll be starring in for Fortnite, and if you’re a fan of either of those things—like the millions of people who tuned in to watch—it was one hell of a thing.

While only running for around ten minutes, and focused on the debut of a new single, the whole thing could have just been some players standing around watching a Travis Scott model on a stage rapping.

Instead, everyone watching got giants, space travel, underwater sections and a lot of lasers.

Media firm Lightshed put some quick numbers together on viewership, and found that over two million fans were just watching, without even being in the game themselves:

1.2mm people watching Travis Scott in @FortniteGame on @youtube with 833k on @Twitch and 25k on @WatchMixer.

There’ll be four more concerts held in the game over the next few days.