Eight years after its announcement, Mount & Blade II: Bannerlord is finally out. Sorta: The long-awaited sequel to cult classic open-world lord sandbox Mount & Blade entered early access last week. For the most part, Steam users love it, despite some girthy warts that are hard to ignore.

In his impressions, Kotaku’s Ethan Gach said that he couldn’t stop playing the rough-around-the-edges empire builder, and Steam users are largely in the same boat. Many laud its refinement of previous Mount & Blade games and expansions’ core systems, a marriage of skin-of-your-teeth combat and political manoeuvring that can send ripples across the entire game world, whether you’re directly involved or not. However, after eight years, some players were expecting a more polished, fleshed-out experience. Bannerlord is buggy and lacking major systems, some of which were present in previous games (and will eventually be added to Bannerlord, too). It also doesn’t reinvent the wheel, leaving some series fans with powerful feelings of déjà vu. While most reviewers are breathlessly enthusing, a few are angrily fuming. 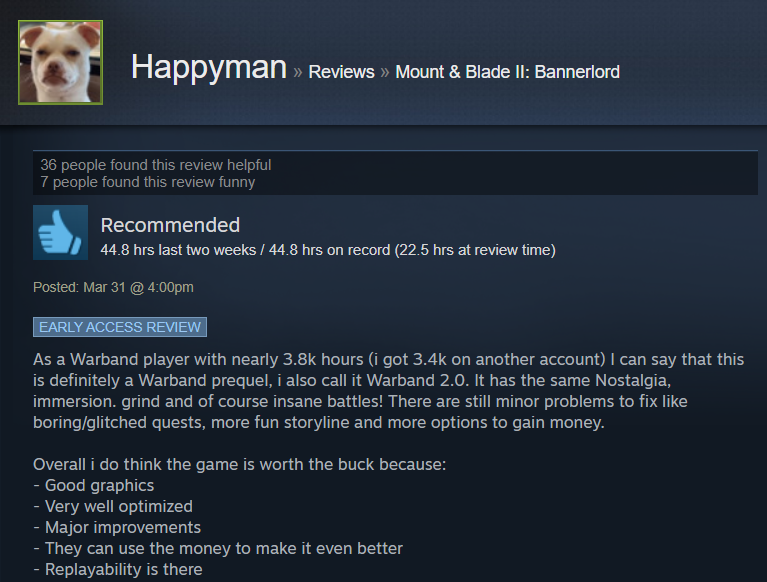 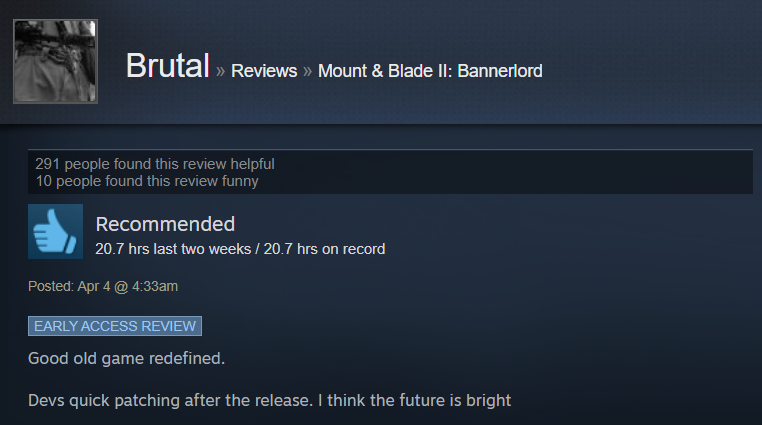 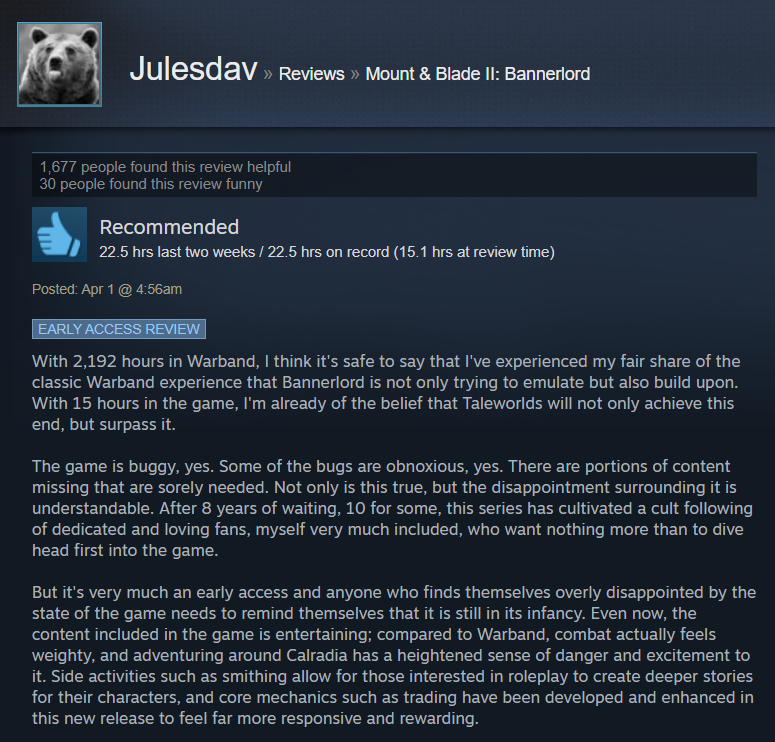 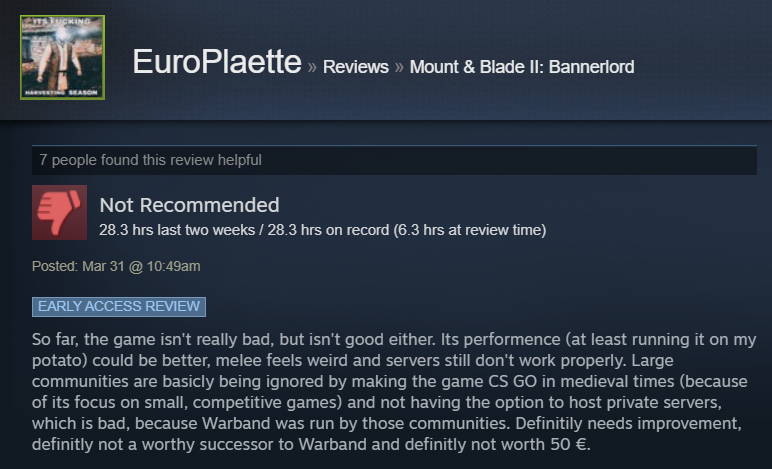 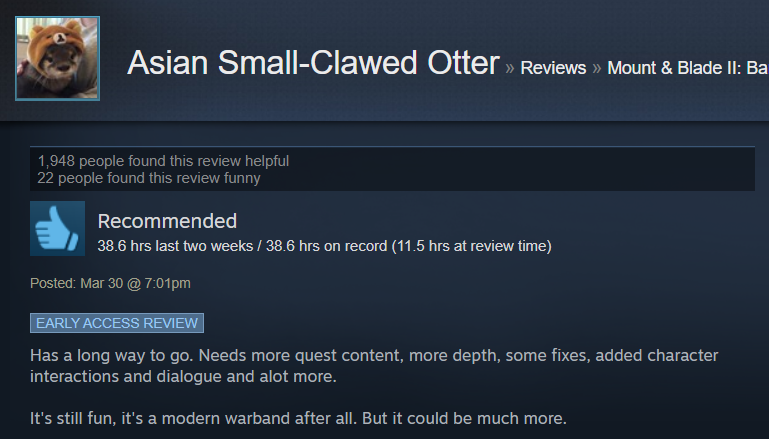 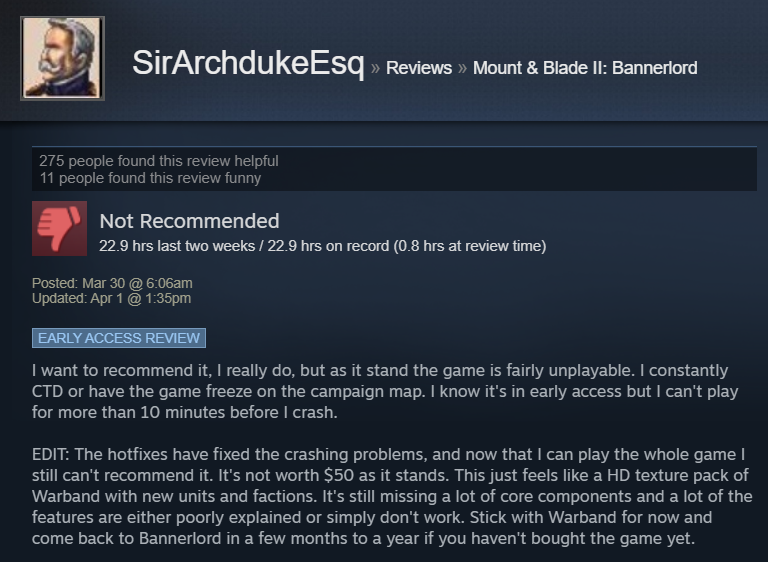 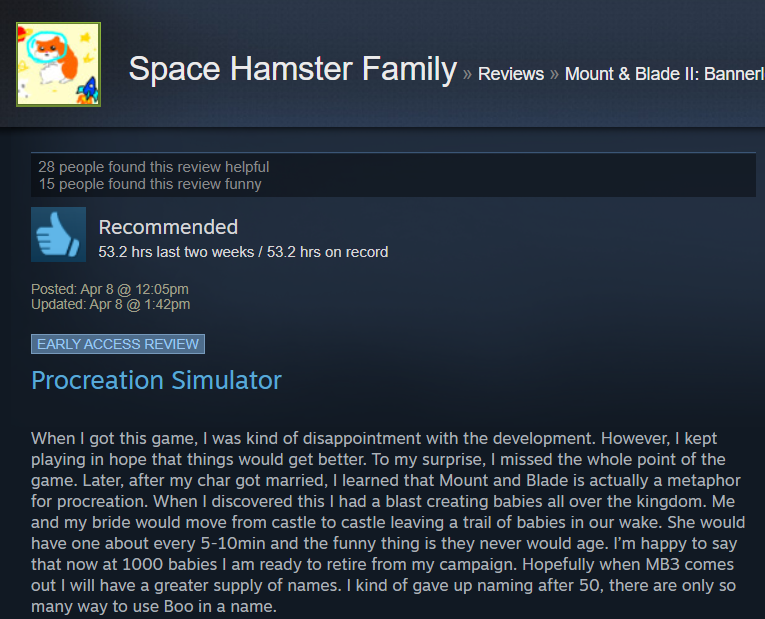 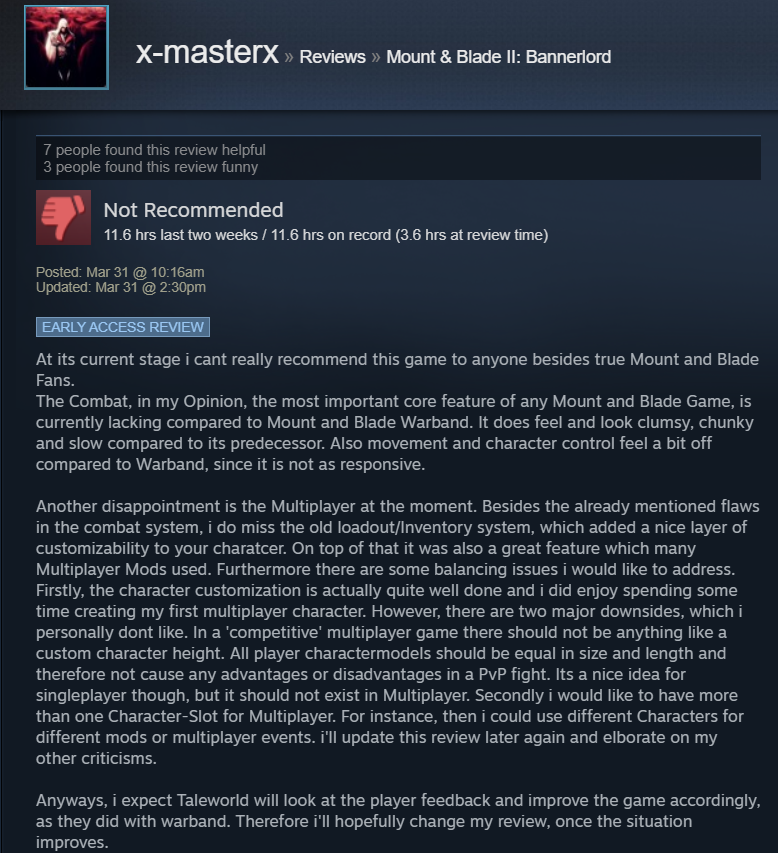 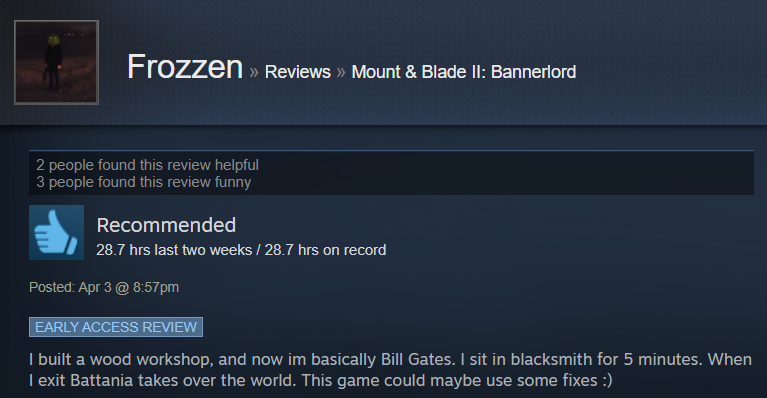 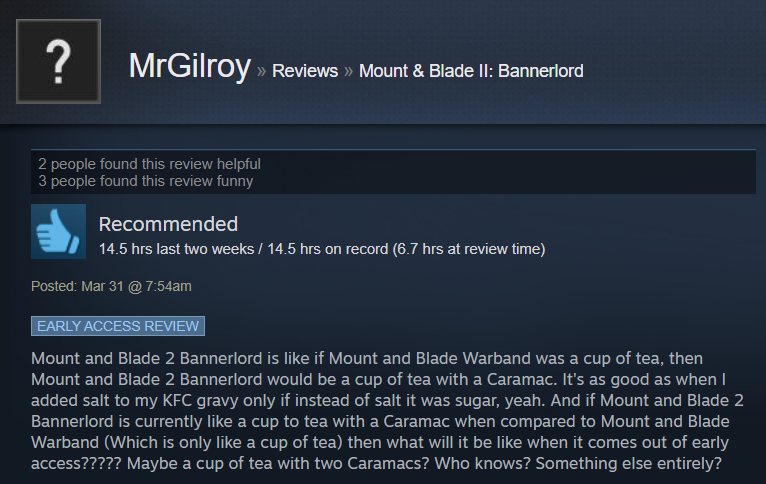 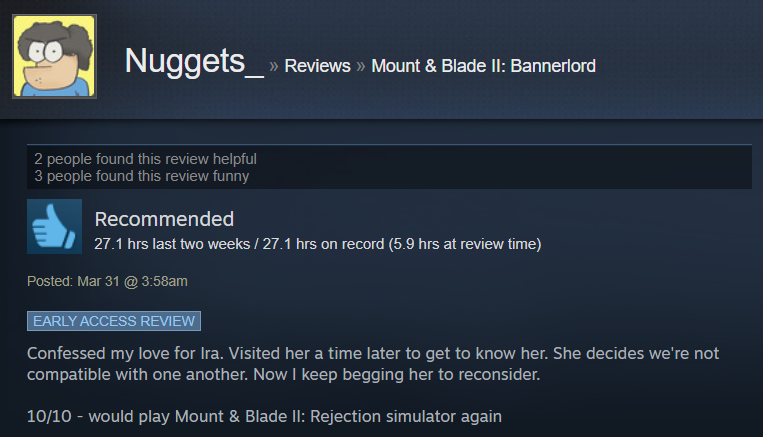 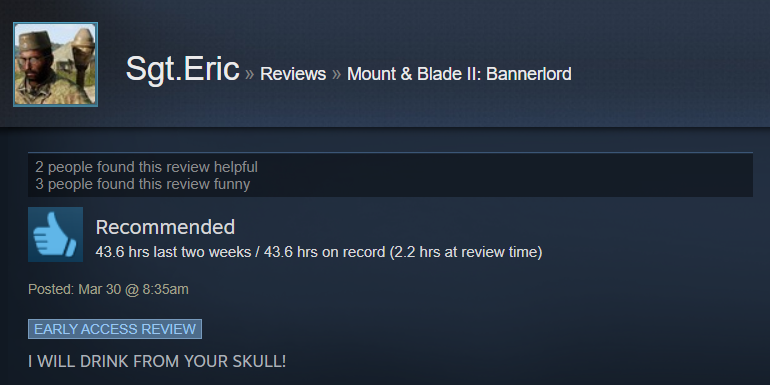 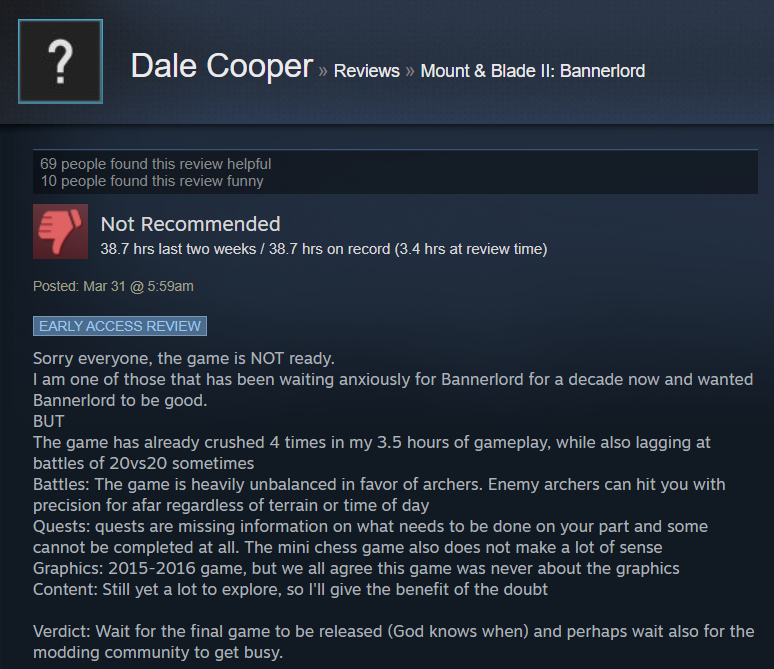 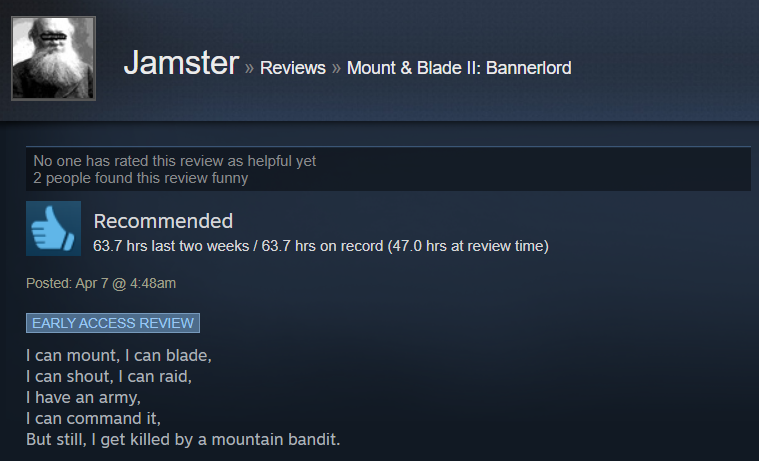 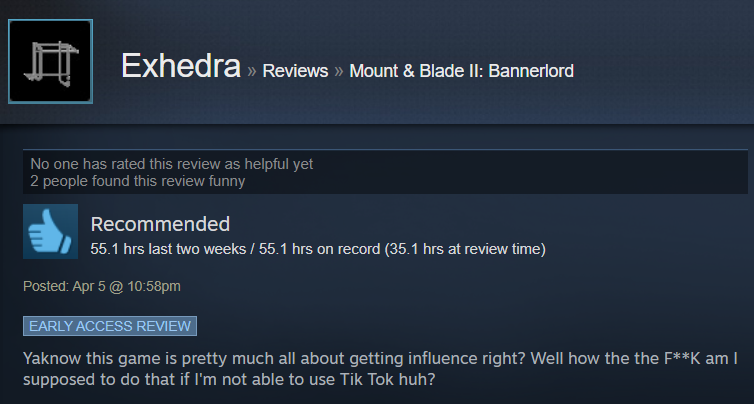 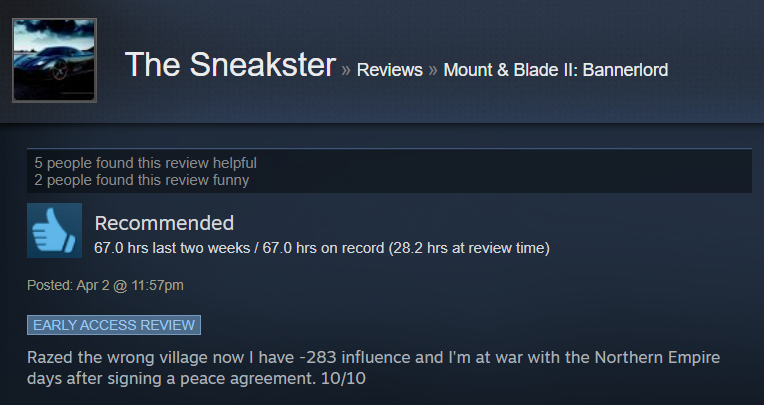 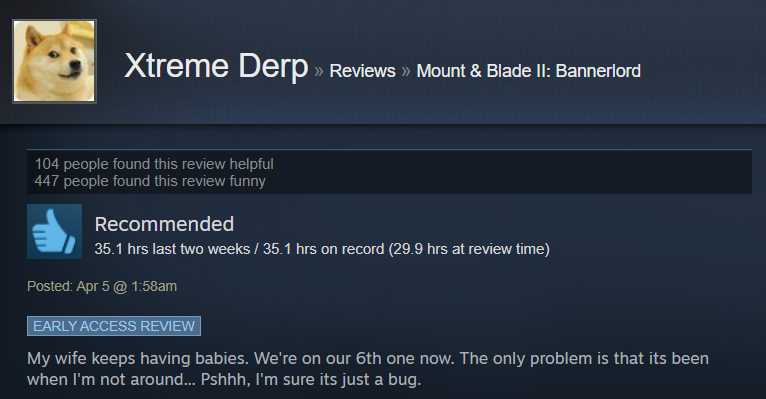 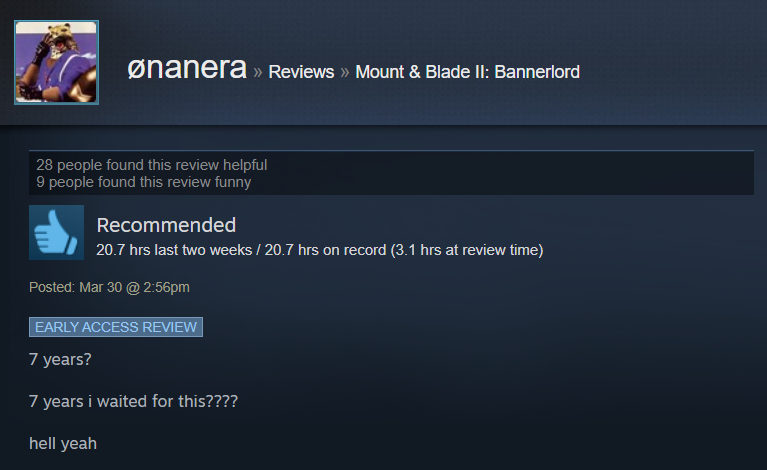 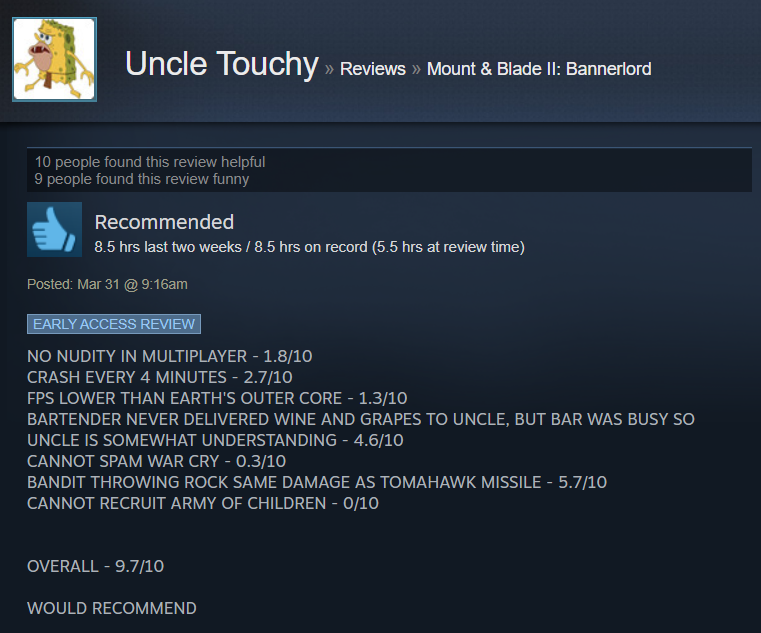 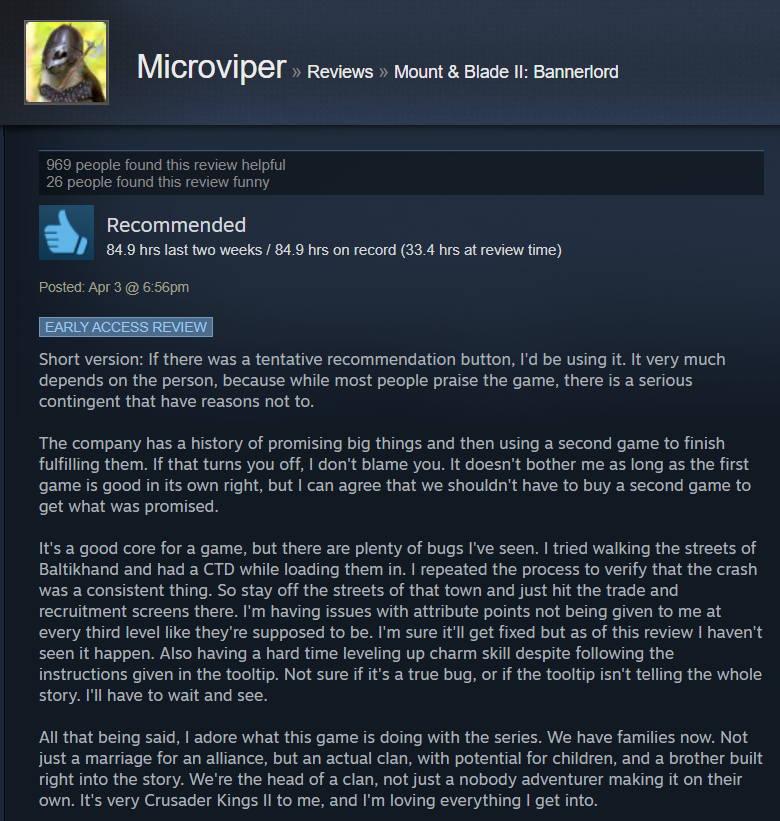