Mountain Dew Frost Bite Is Fine, But That Shark Artwork Is Awesome 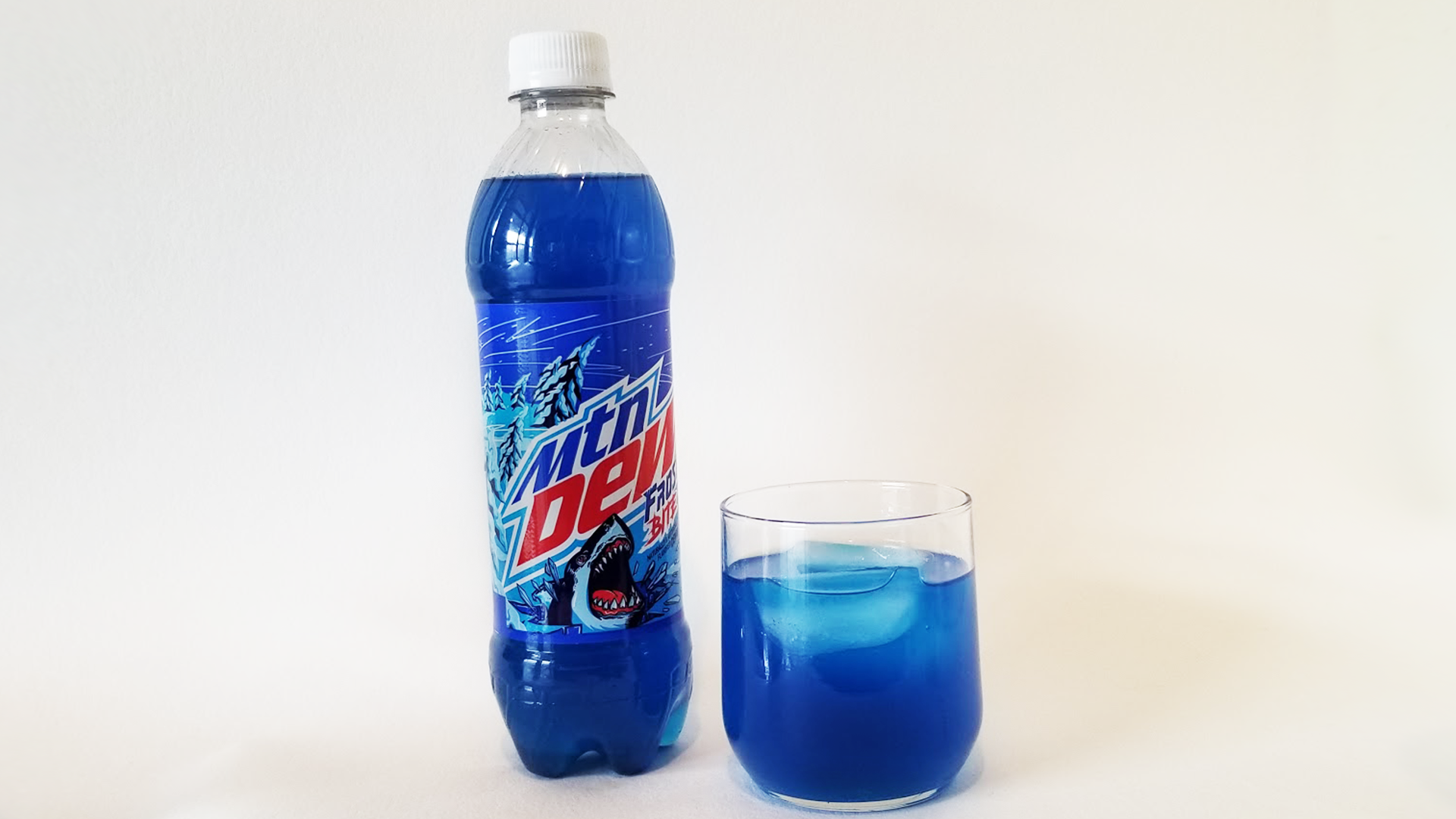 The world is a mess right now, but we do have a new Mountain Dew flavour to enjoy. And it comes with a cool ice shark on the bottle. If only the flavour of this new blue Dew was as good as that icy great white artwork.

I first saw this new flavour of Dew via some posts on the Mountain Dew subreddit. A person had leaked the label ahead of the new drink’s release. (Yes, I follow Mountain Dew leaks and rumours. I take this job seriously.) Without knowing the flavour, I was excited simply by the artwork. I mean, come on. Look at that shark! 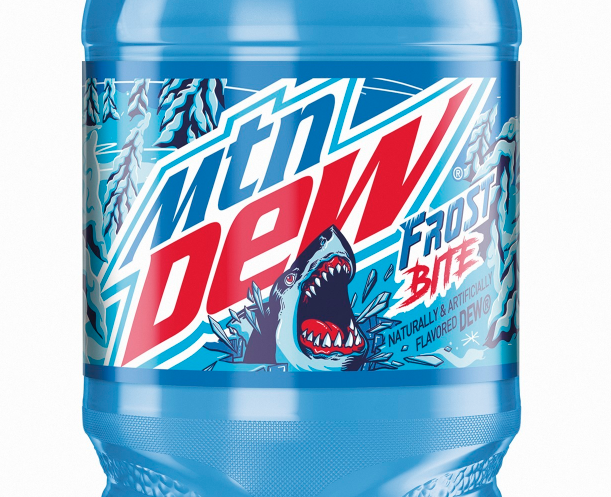 A big great white bursting through the ice is a genuinely cool looking piece of art. I want this blown up and framed, without the logo of course. Adding to the overall cool look of Frost Bite is the blue liquid inside. I hung out with some friends via Google Hangouts and gave them a preview of this new Dew flavour. Someone thought it looked like Windex. It does look like glass cleaner, but blue is a great colour so whatever.

This far into the review and I haven’t mentioned the flavour of this new drink. Why? Is it terrible? No. Not at all. It just isn’t incredibly good or amazingly awful. It is described by the folks over at Pepsi as a burst of “cool melon.” Which isn’t the first way I would describe this flavour. It reminded me of the blue raspberry Slurpee at 7-11 or similar blue frozen drinks at other gas stations. Maybe a little less sweet, which is nice. In fact, that’s something I really enjoyed about this new flavour: How mild it is compared to some of the weirder sodas out there. It’s just a cool, sweet and refreshing blue soda. Nothing too wild. Well, beyond that rad shark on the front.

This new Frost Bite flavour is only found at Walmart. I luckily have a local Walmart a block away and so I headed out there during one of our bi-weekly grocery runs. But due to the pandemic, I made sure to be safe while procuring some Dew for this review. 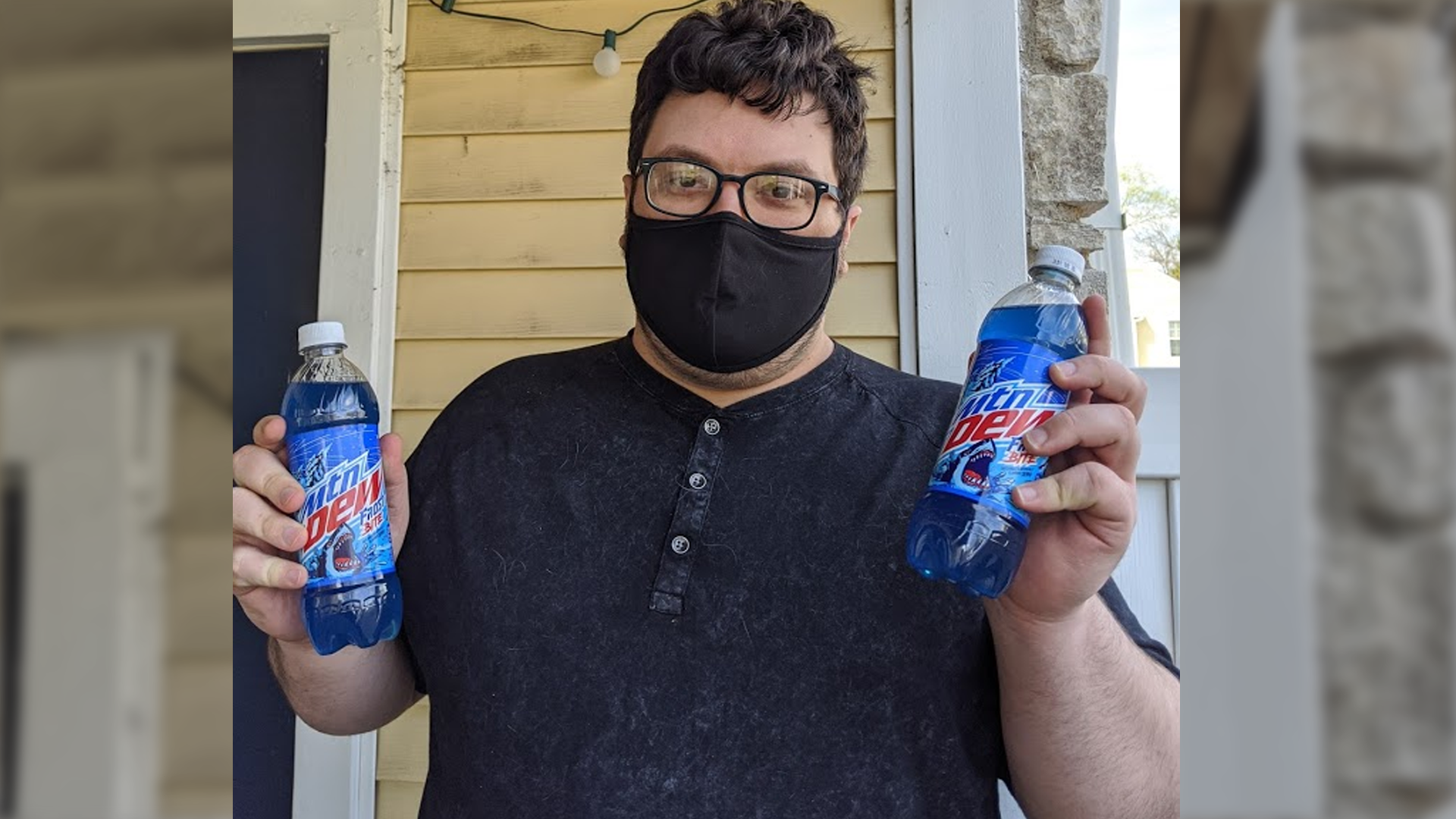 Also, please let us not have a debate about masks in the comments. They probably help slow the spread and if they don’t whatever. Better safe than sorry.

Back to the Dew, I think this is a totally fine new flavour. It isn’t quite as good as Baja Blast, my favourite variant of Mountain Dew, but it is close enough that if I need to grab a bottle of Dew and I’m at a Walmart, I’ll grab more of this.

Let’s all just be happy that this soda came out after all the terrible and annoying Sharknado films, otherwise this soda would have probably been a crappy tie-in of some kind and that would have ruined the whole thing. Instead, we just have a cool ice shark and I’m happy about that.

Finally, something good to smile about.