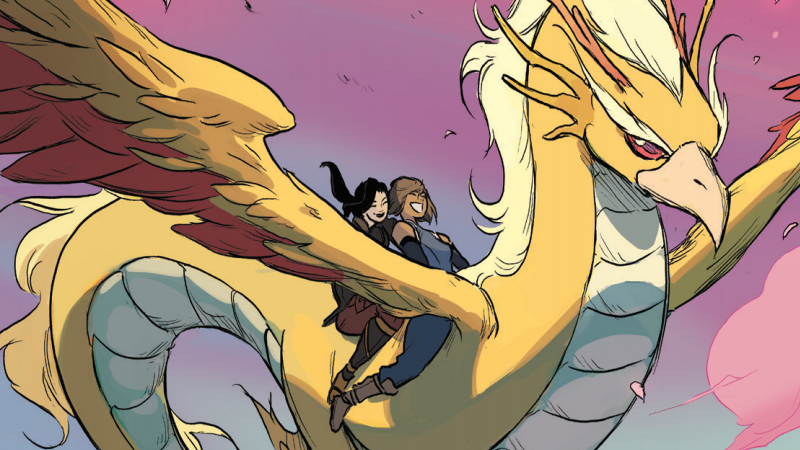 The Legend of Korra ended with our titular Avatar beginning the next step of her life hand in hand with her new girlfriend, Asami. Weâ€™ve gotten to see that story continue even with the showâ€™s end, thanks to both fan works and Dark Horseâ€™s great graphic novel series. But now weâ€™re going to get a tiny little taste of what couldâ€™ve been if the show had continued.

Dark Horse has announced a special livestream broadcasting next week to promote Michael Dante DiMartino, Irene Koh, and Vivian Ngâ€™s first graphic novel trilogy in the post-show series of Korra comics, Turf Wars. As well as a moderated Q&A with Janet Varney and Seychelle Gabriel, who played Korra and Asami on the show, respectively, Varney and Gabriel will also perform a live reading from the first chapter of Turf Wars, which picks up moments after the final episode of the series came to a close.

Itâ€™s very sweet, depicting that brief handhold. Sure, itâ€™s not an animated re-enactment, but still: Itâ€™s the closest weâ€™ll get to seeing Korra and Asami being blissfully romantic.

Dark Horseâ€™s livestream will begin on its Twitch channel on April 7.