Civ IV designer Soren Johnson took an axe to some long-standing ideas about strategy with Offworld Trading Company, and his Mohawk Games is still swinging with its next game, Old World, which you’ll see for the next few months endlessly (and unavoidably) described as “Civilisation meets Crusader Kings”.

It’s a crude comparison, but it’s also the easiest way to get across what Old World is trying to accomplish. In many ways it’s a traditional 4X experience, taking place on a hex-based map as you assume leadership over one of the ancient world’s more prominent civilizations then guiding them through their formative (or defining) years.

You’ll build farms, establish new cities, explore the map, fight barbarians, research technology and engage in diplomacy (and war) with rival factions. So far, so Civ. Where Old World is trying something new is everything in between those major genre touchstones.

The biggest change from standard 4X games is that, like Crusader Kings, you’re not playing as an abstract civilisation here, but rather a dynasty. Beginning the game with a mortal ruler who grows older each turn and eventually dies, you can tailor your lineage as the game progresses by choosing your spouse and nurturing the development of your children.

Other factions are doing the same, and so again like Crusader Kings, you’ll find yourself dealing with people and your relationships with them instead of immovable cultural monoliths. The implementation is much cruder and more limited here than in Crusader Kings, but still fun from what I’ve played of an early build 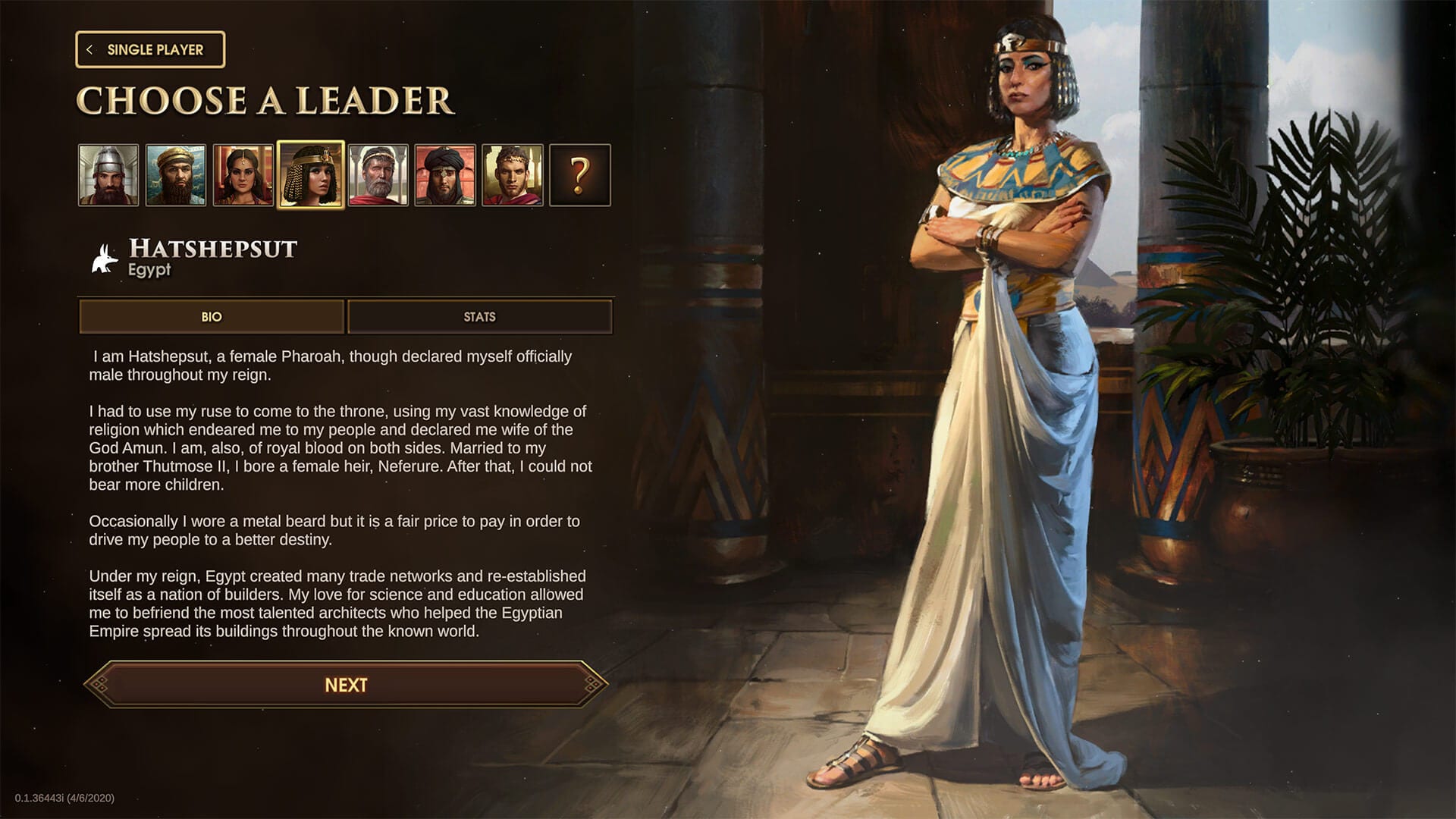 More exciting than this, though, and this was unexpected, is a major overhaul of how turns work in Old World. This is a turn-based strategy game, and like every other one (it’s in the name!) you just assume that turns work by moving all your units then hitting a big END TURN button. But in Old World, the number of orders you can give per turn is limited. It’s no longer an expectation, but a resource.

It’s a fascinating exercise in turning a gameplay staple into a commodity. As the game begins, and your central authority is limited, you only have a handful of orders you’re able to give to your units. You might find that you’ve got a small army of workers out building roads, some scouts discovering new lands and some warriors besieging barbarian camps, all at the same time.

But you don’t have enough orders to move all of them. So you need to prioritise. And then prioritise further, because many units let you move them more than once per turn, because you’re spending that action from a central pool of orders, not from each individual only being able to do something once. So sure, you could move most units once, that’s fine and a traditional strategy, but you could also move some units a lot if need to, and that’s cool too.

This was easily the most fun I’ve had with the game, as it’s asking questions of me that I can’t remember being asked in a game like this when it came to making decisions about my force’s movements and actions. Particularly cool is the way it’s not just a fresh challenge, but it also makes thematic sense. Of course ancient empires would have trouble communicating with their units at distance or in volume!

Old World is one of two historical games out to rival Civilisation this year, but while Humankind is aiming very high, taking you through thousands of years of human progress via rich cultural transformations, Old World—as the name implies—has a narrower gaze, hoping that an increased focus on families, culture and a seemingly endless parade of random events (again, paradox fans will be familiar with these) flesh out an experience that’ll end well before modernity.

It remains to be seen how all this comes together in the final game, especially the family and lineage stuff, and whether the deeper dive into things like family politics is enough to offset some pretty limited combat. But from what I’ve played so far, even if they’re not the order system has been a blast, and is definitely something I want to mess around with more as empires get bigger and later in the game.

Old World is out on PC in the Summer.