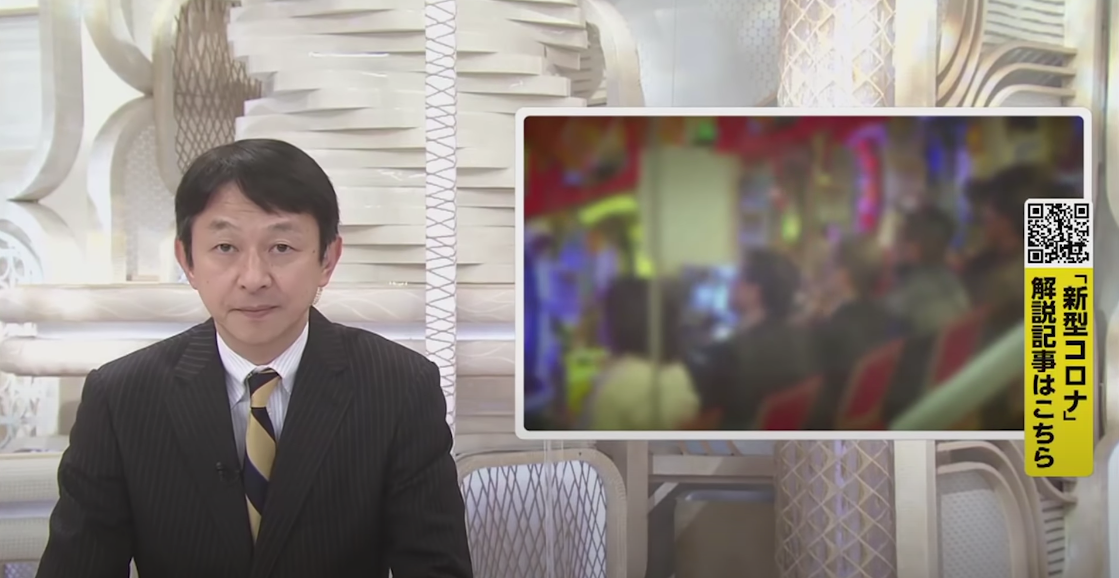 Screenshot: <a href="https://www.youtube.com/watch?v=kPH45ICzUp0">FNN</a>
To sign up for our daily newsletter covering the latest news, features and reviews, head HERE. For a running feed of all our stories, follow us on Twitter HERE. Or you can bookmark the Kotaku Australia homepage to visit whenever you need a news fix.

A state of emergency has been declared in Japan. In recent weeks, the number of coronavirus covid-19 cases has increased, and Prime Minister Shinzo Abe has called for an 80 per cent reduction in person-to-person contact. Yet, some pachinko parlors refuse to close.

Earlier this month, for example, Tokyo Governor Yuriko Koike included pachinko parlors, along with bars and clubs, in the establishments she was requesting to shut down to reduce the spread of the novel coronavirus.

Much bigger than usual line outside a pachinko joint in Iidabashi, wonder if that's because it will close? I didn't want to get close to the crowd to check! pic.twitter.com/03LNHYlJwf

In Japan, pachinko parlors are supposed to close according to the emergency order, but many, like this one across from JR Iidabashi, are just ignoring it. pic.twitter.com/JHa0EcoqUA

The Oriental Passage Pachinko parlor in Ueno today at 2:00PM: Ignoring Tokyo's request to close due to the #COVID19 pandemic. Customers were wearing masks, but there was not much social distancing. #社会的距離 #コロナ #パチンコ屋 #三密 #Japan pic.twitter.com/azybDjW7T9

Symphogear is trending on twitter today because one pachinko shop in Akihabara decided to open and bring in the new Symphogear 2 machine. pic.twitter.com/HzsokFeM4e

People are packed into close quarters in pachinko parlors, and they touch the machines and little metal balls they win.

Here is the list of the pachinko parlours, 2 in Osaka city, 3 in Sakai city and 1 in Hirakata city. pic.twitter.com/Z0WctoMwTI

Today, Osaka Governor Hirofumi Yoshimura named and shamed six pachinko parlors in the prefecture that have refused to close during the state of emergency.

Next Tuesday, the Tokyo government will do the same. According to Jiji, the Governor of Hyogo, the prefecture that neighbours Osaka, is considering taking action should local pachinko parlors continue to ignore the request to temporarily shutter.

“I think this is actually more crowded than usual,” 22-year-old pachinko player Kensuke Takao told Reuters in a Tokyo parlor. “I suppose everybody doesn’t have jobs or places to go other than these pachinko parlors, which are still open.”

The country’s two major pachinko chains Maruhan and Dynam have already closed half their locations, Reuters adds. More are expected to temporarily shut down this weekend. “Places that are touched a lot, such as the pachinko machines, slot machines and lockers, are wiped down with alcohol,” a Dynam spokesman told Reuters. “The conditions at each location vary, so social distancing measures are left to the individual parlors.”