Mobile pocket monster battling game Pokémon Rumble Rush launched less than a year ago to universal agreement that it is indeed a game with Pokémon in it. It’s shutting down for good on July 22.

A simplified mobile version of a game series that was already pretty basic, Pokémon Rumble Rush never had a lot going for it. Pocket monsters travelled down a straight path as players tapped the screen to attack waves of mishapen Squirtles, Bulbasaurs, Weedles, and such. It’s not a very exciting game, so the end of service announcement that greeted its remaining players this morning is not much of a surprise. 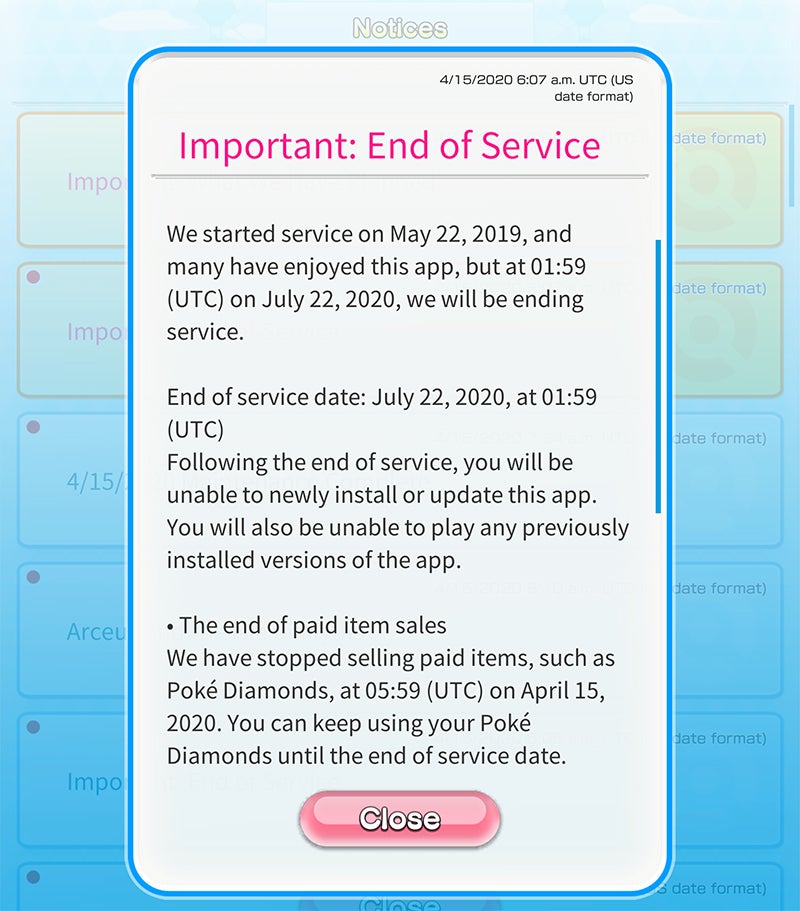 In-game currency sales have been suspended, though players can still spend the Poké Diamonds they’ve already purchased up until the July 22 closing date.

Despite the game’s impending demise, developer Ambrella is still planning to release an update for Pokémon Rumble Rush on May 27, adding new Pokémon to the game as a sort of last hurrah.