Joao Corona’s League of Legends name had never been a problem in the past. But earlier this month, Riot told him he had to change it to something else if he wanted to keep playing.

A year ago many people knew Corona as the overpriced Mexican beer for impromptu beach parties by rich and beautiful people. In Spanish it simply means “crown.” Now it’s also known globally as the name of a deadly virus that’s claimed over 130,000 lives. That’s become a problem for 24-year old Joao Corona, who both has Corona as his legal surname and has been using it as his League of Legends handle for over a year.

On April 1 he says he logged into the popular MOBA only to find a message telling him he’d need to change his username if he wanted to keep playing. “I thought it was amusing at first, as almost every game a player would say in chat ‘nice name’ to me, but I just shrugged my shoulders and emailed Riot in the hopes of them agreeing that it was a funny situation, and my name would be white-listed,” he wrote in a post that blew up on the League of Legends subreddit yesterday. 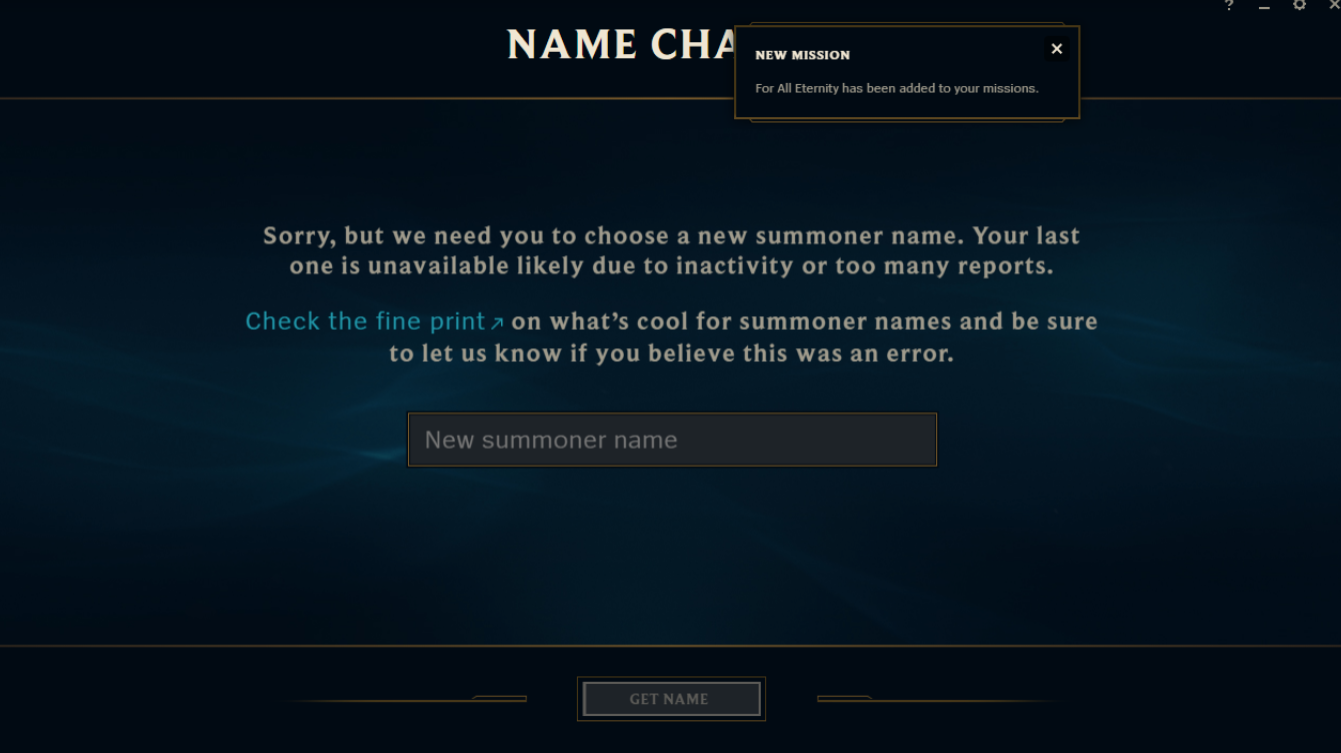 Corona tried to explain the situation to Riot in an email to customer support according to screencaps of the conversation he uploaded to Imgur. A casual League player since 2014, he’d been playing under the alias “Squid Corona.” Then a year ago he was able to get the name “Corona” and switched to that instead, thinking it would make it easier for new friends to add him in-game.

Customer support failed to be persuaded. “I will kindly ask that you go ahead and change your name to something you like,” a player support specialist under the name Monocromie wrote back. “In the meanwhile, I will try and see if it’s possible for you to keep it.” Corona tried to plead his case in a follow-up, but Riot eventually denied the request to keep his original screen name. 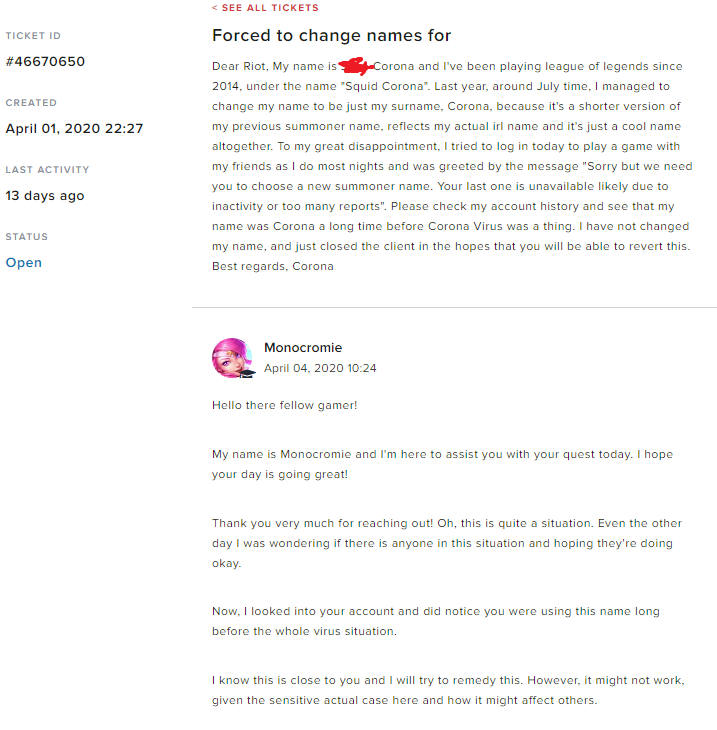 Online games are prone to trolling and toxic behaviour and usernames are an easy place for players to try and slip in their preferred form of performative edginess. Other players reported seeing names they considered much more insensitive than Corona’s, like “CoronaComin4U” and “ChinaVrs.” It’s unclear if Corona’s just got caught up in a more general sweep targeting potentially offensive coronavirus-related usernames, or fell victim to a more blanket policy against references to the virus that Riot just doesn’t have the resources to enact across the board.

Riot did not immediately respond to a request for comment.

“We don’t think forcing a name change in this instance is in line with our policies, so we’ll be looking into this situation,” Ryan Rigney, communications lead for League of Legends, wrote on Reddit. In the meantime the company has given Corona back his username.

“I think in principle I understand why some people might be upset at this, but I think it’s a bit ridiculous if you try to control every variable that might make someone upset,” Corona told Buzzfeed in an interview. “I just think it’s a bit silly.”