It took me an hour and a half to get to the first mech combat portion of Sakura Wars, the soft reboot of Sega’s long-running role-playing game series coming to PlayStation 4 on April 28. The first 90 minutes of the game is all about getting to know the characters and circumstances of this unique combination of steampunk fantasy drama and action RPG, and that’s fine. It pays to know what and whom I’m fighting for.

Since its 1996 Sega Saturn debut, Sega’s Sakura Wars series has combined elements of visual novels, dating sims, and role-playing to create unique adventure game hybrids. The first five games, including the most recent, 2005’s So Long, My Love, blended romance and narrative with tactical turn-based role-playing battles. They’re all set during a fictionalized version of the Taishō period, in which regionalized theatre troops are responsible for maintaining public morale through their performances while secretly defending the world from demon invasion while piloting steam-powered mecha.

This latest game, simply titled Sakura Wars, is a combination sequel and soft reboot of the series. Set 12 years after the events of So Long, My Love, it focuses on a whole new squad of performers, members of the Tokyo Imperial Combat Revue’s Flower Division.

The series’ turn-based battles are replaced with action role-playing battles along the lines of Dynasty Warriors and other musou games. Like the original, it tells the story of a young man thrust into the role of captain of the all-female troop. And like the original it also stars a promising young actress/pilot named Sakura. But this Sakura is Sakura Amamiya, inspired at a young age to become a swordswoman after being rescued by the series’ original namesake, Sakura Shinguji. The male, character-controlled protagonist is Seijuro Kamiyama, a naval captain and this game’s Sakura’s childhood friend. 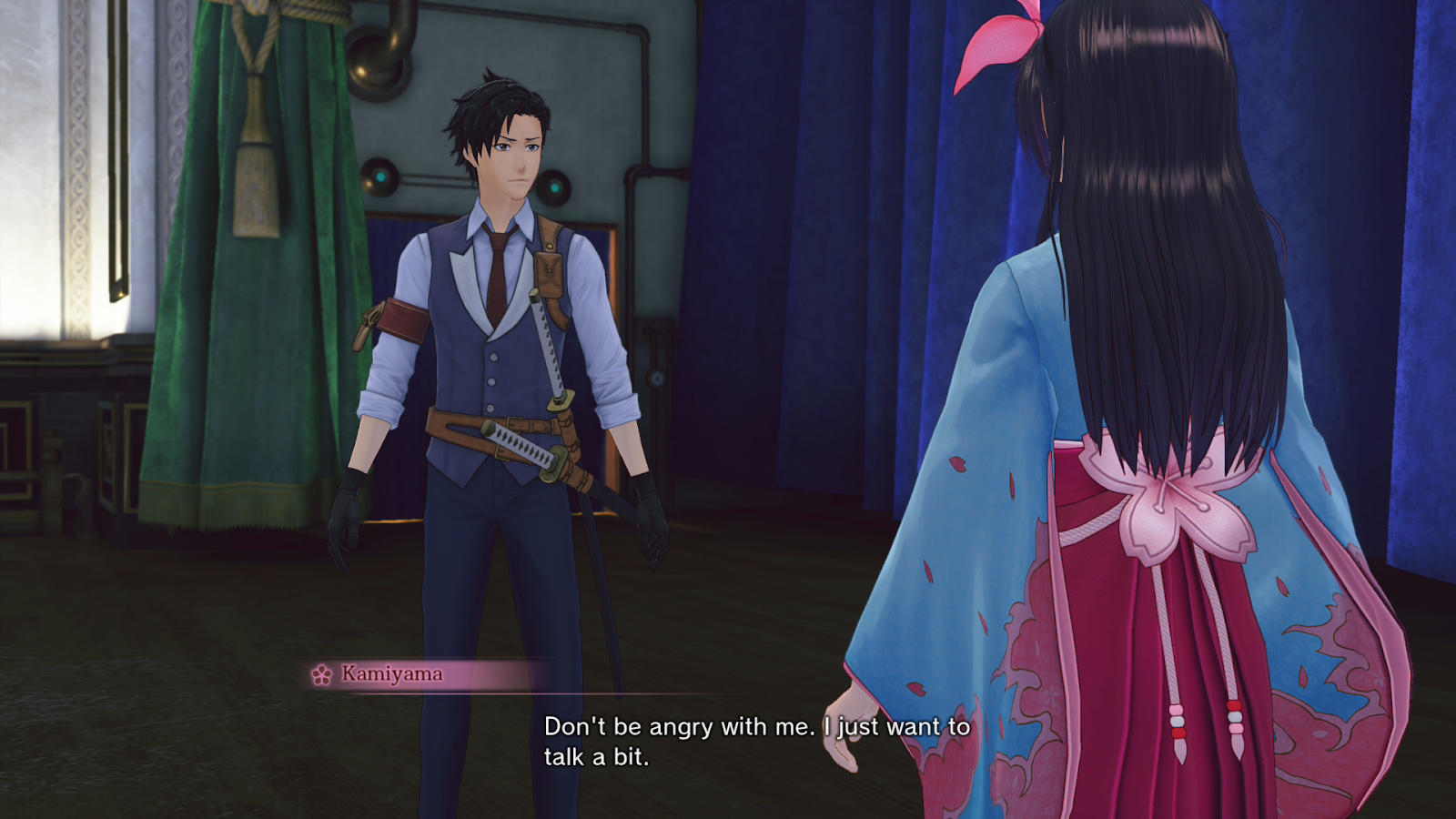 As the new captain of the Imperial Combat Review’s Flower Division, Seijuro has his hands full. The troop’s plays, meant to inspire citizens, are awkward and laughable. With disappointing box office proceeds there’s no money to pay for professional instruction, let alone the cost of maintaining a squad of steam-powered combat mechs. It’s gotten to the point where the global authority plans to shut down the Tokyo operation completely, leaving the defence of Japan from a powerful new demonic threat to the more capable hands of the Shanghai Combat Review.

It’s up to Seijuro to guide the Flower Division back to its former glory. He takes tickets. He helps guide performances. He encourages squad members to do their best. He makes dialogue decisions that affect the future of an entire nation. 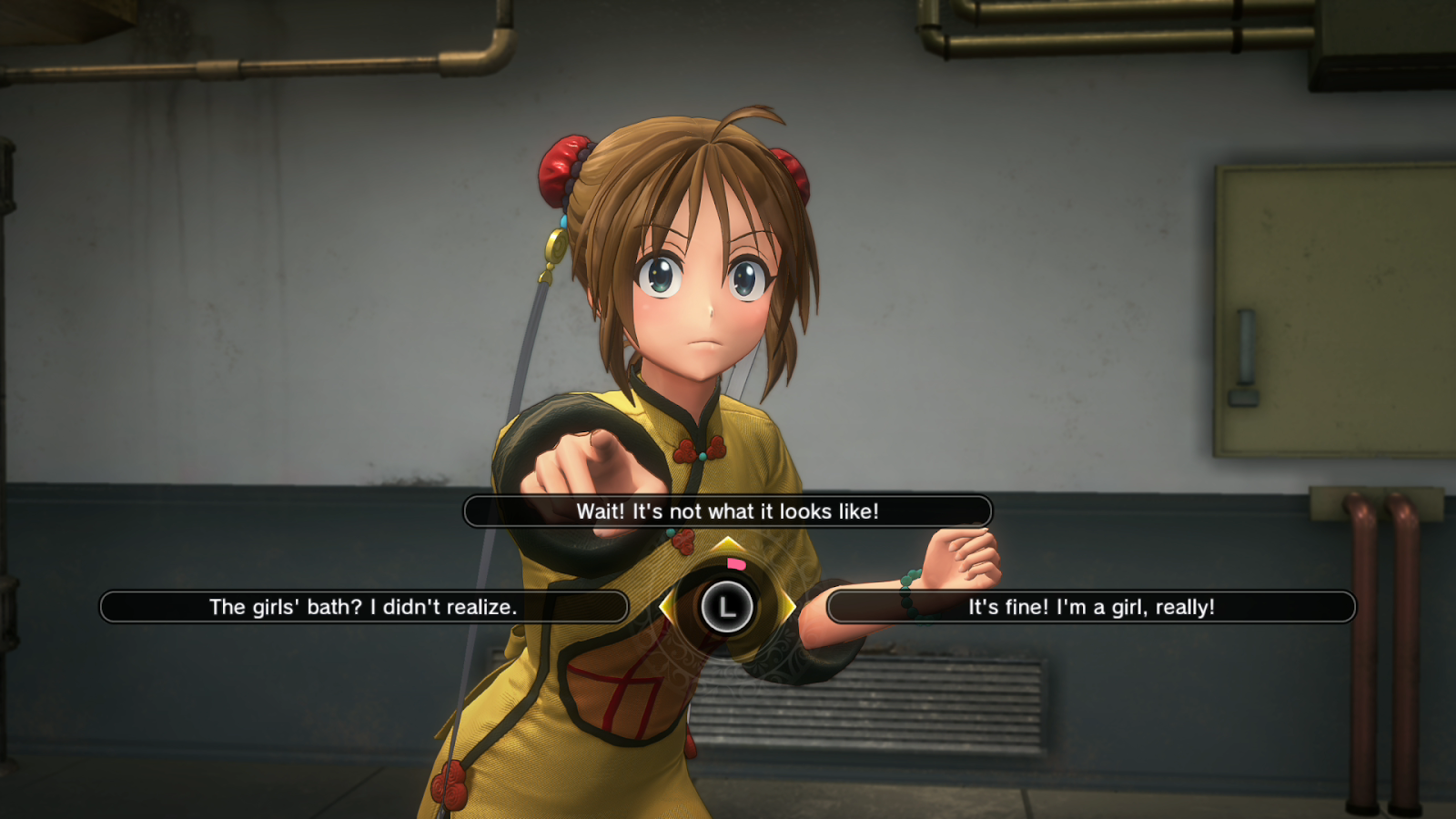 It wasn’t me I swear. (Screenshot: Sega, Kotaku)

He also gets into some hijinks. Sakura Wars is still part dating sim, after all. Seijuro is regularly presented with dialogue choices that can affect his standing with the game’s largely female cast. He can be caring and supportive. He can flirt. In some situations he can be a complete dickhead. It all depends on which sort of Seijuro the player wants to be. I’m leaning toward a more businesslike leader boy, as it seems to me there are more important things at stake than romance. I compliment when I can—character morale affects how well they perform in battle—but I don’t overdo it. 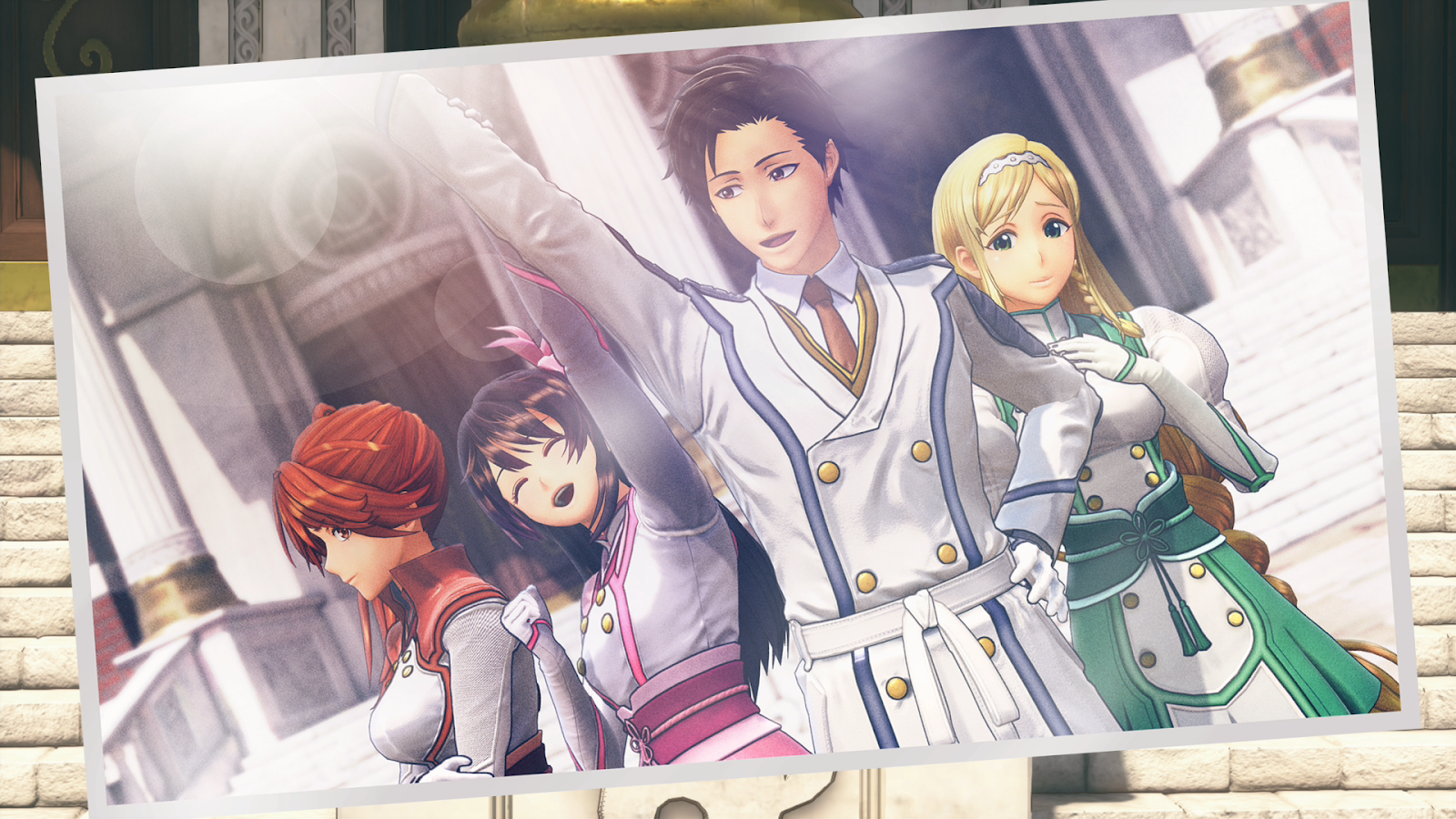 It’s easy to get invested in the lives of the members of the Flower Division. The characters, designed by Tite Kubo of Bleach fame, are as attractive as they are compelling. Sakura is a girl with a dream and the willpower to make it come true. Studious blonde noblewoman Clarissa “Claris” Snowflake is soft-spoken but super insightful. Hatsuho Shinonome is a straight-shooting shrinemaiden with a personality as fiery as her crimson locks. They share a strong desire for the Flower Division to succeed, but also uncertainty about how or if they can achieve that goal.

All of this information comes in the first hour and a half of the game. Seijuro wanders the halls of the Imperial Theatre, conversing with patrons and performers. He learns the lay of the land, gleans insight into his coworkers’ motivations and inspirations. There is a whole lot of text. So much text. 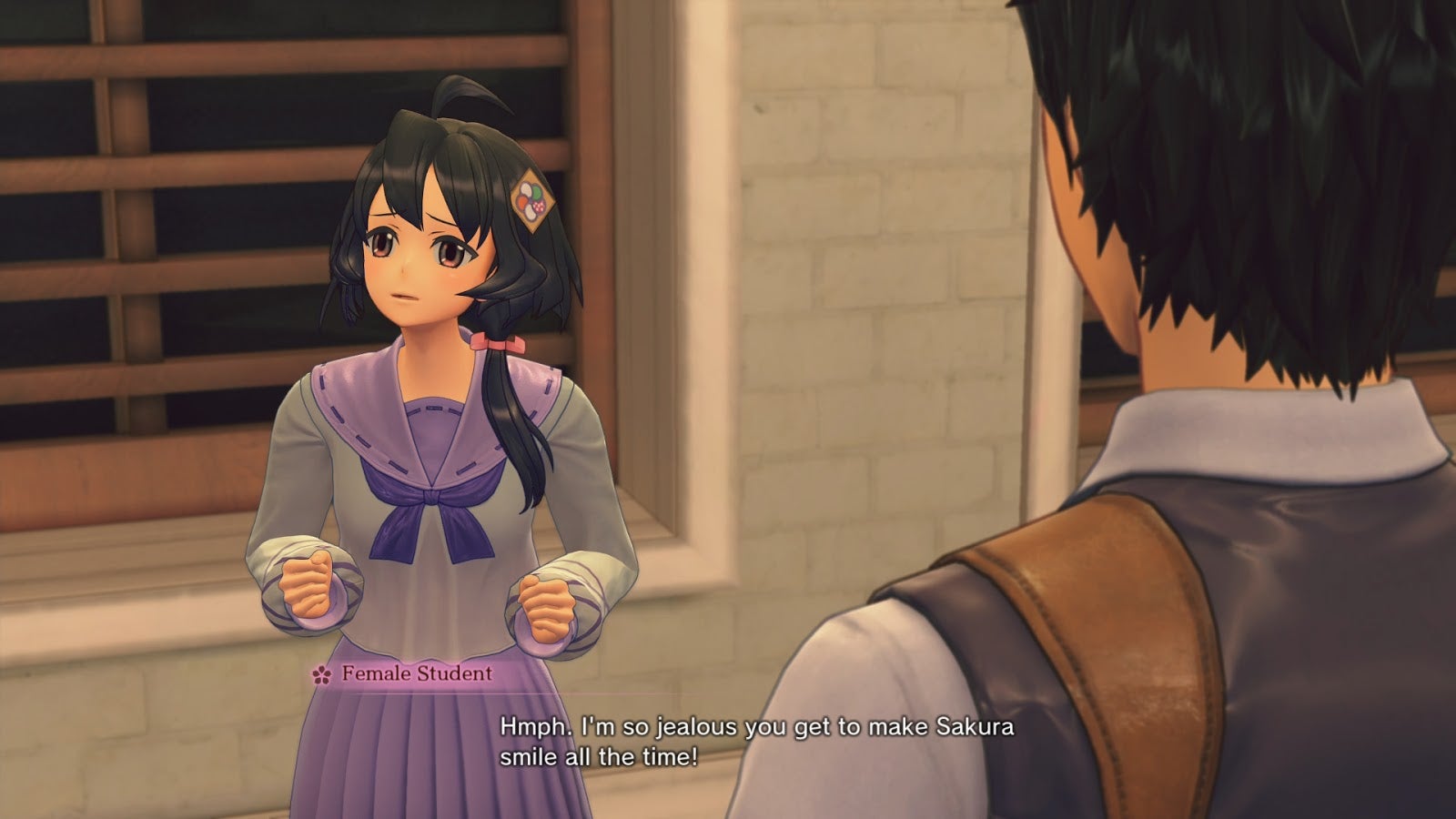 To be honest, I was initially annoyed by all the talking. Not that I mind diving deep into the narrative. It’s just that Sakura Wars switches back and forth between voiced and unvoiced conversation scenes, one of my biggest pet peeves. The music is quite lovely and soothing, so when the Japanese voices stop and the text begins it’s easy to get sleepy.

Fortunately the characters and story were compelling enough to carry me through, and when I finally got behind the controls of the pink mech the game promised me at the start, I was incredibly ready to defend the honour of the Imperial Combat Review’s Flower Division. 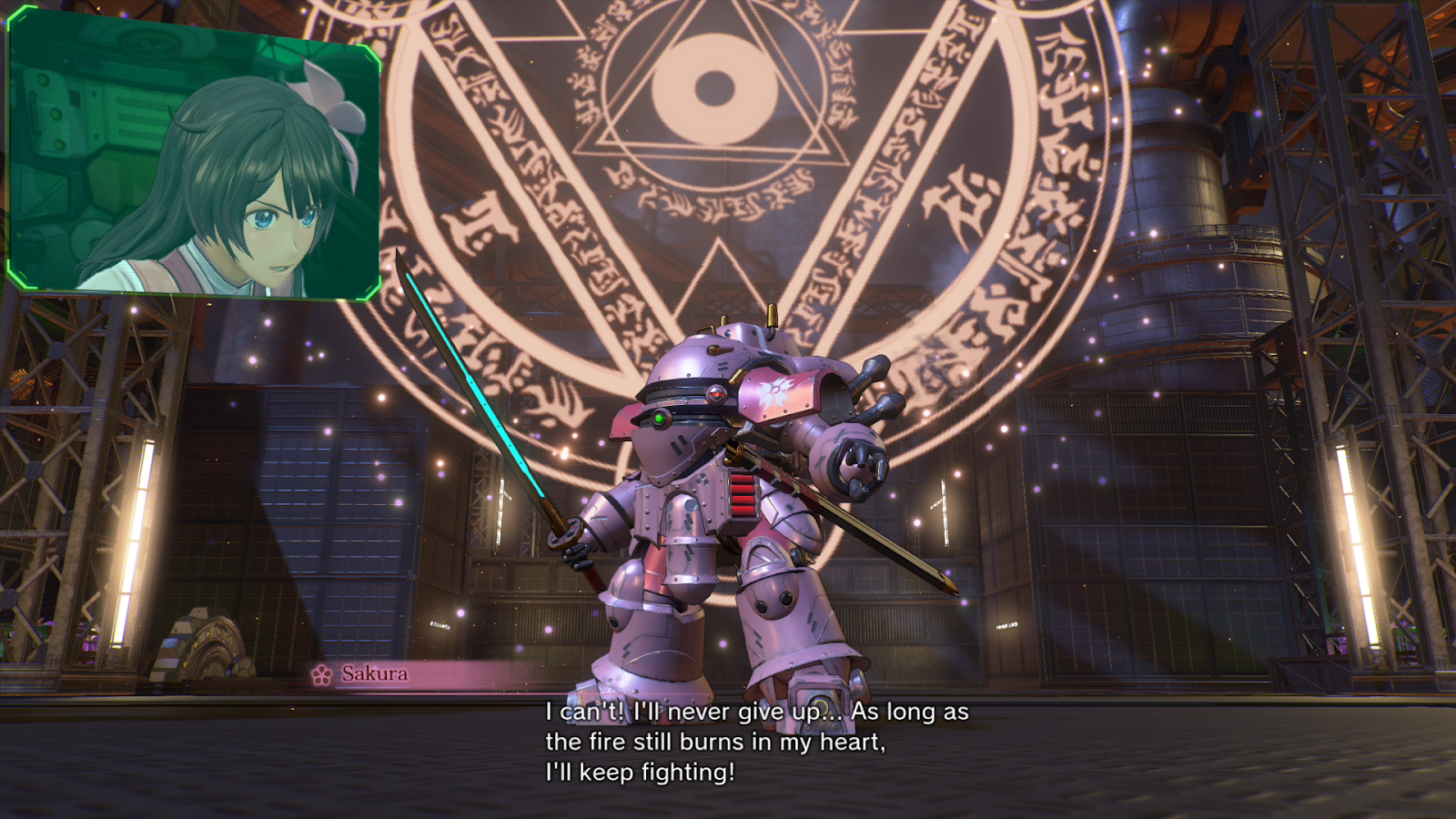 They had me at pink mech. (Screenshot: Sega, Kotaku)

Sakura Wars’ action-RPG combat is a combination of hacking and slashing with platform exploration. Sakura, Seijuro and friends boost their way through battlefields, jumping and jetting and wall-riding all over the place. Fights against demons and magic-crafted mechanical minions involve comboing together normal and strong attacks. Dodging enemies at just the right moment freezes time, allowing the player to get in extra hits. Each character has a super move they can activate once they fill a combat gauge by using normal attacks and taking damage.

Were these simple yet satisfying battles presented without the expansive narrative, they wouldn’t be nearly as satisfying. Sakura Wars’ story is filled with passionate, dedicated characters, and that passion and dedication carries over when transitioning from theatre stage to mech cockpit. 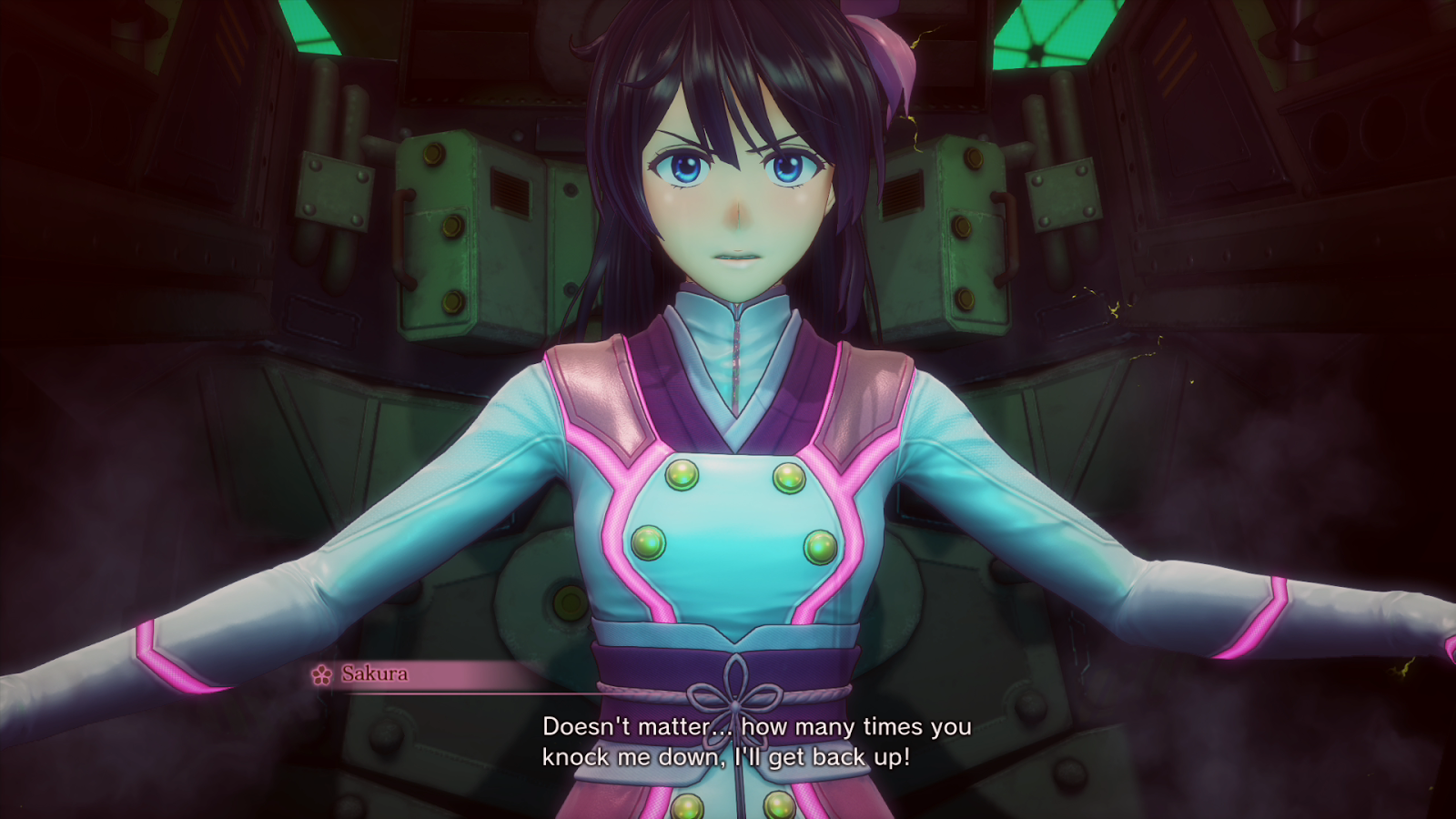 I’m in the early hours of this new Sakura Wars, but I like what I’ve played. I look forward to spending more time with the Flower Division, whether fighting by their side or having a pleasant chat. Look for a full review closer to the game’s April 28 release.