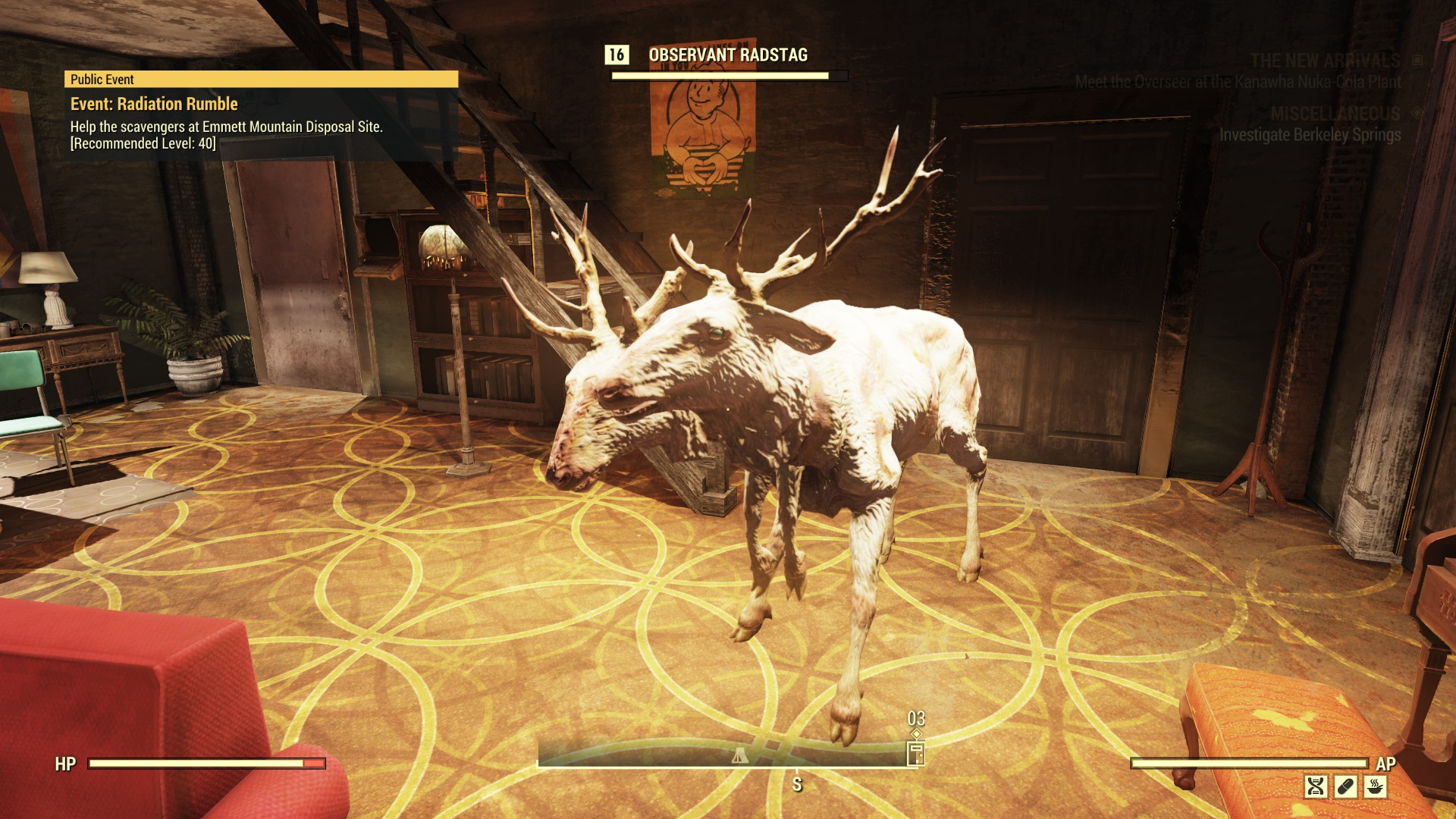 There’s a new mutant in town and it’ll lead you to treasure if you’re not a sociopath.

If you’ve been playing Fallout 76 since last week’s Wastelanders update went live you may have run into a new type of irradiated deer called an Observant Radstag. It’s friendly and won’t attack you. That hasn’t stopped many players, including me, from accidentally killing one though, trained as we have been to regard almost every other living thing in the wasteland as a potential threat or source of loot.

Those that have spared the majestic creatures have been rewarded for it though. “YO IT LED ME TO A HOLLOWED OUT STUMP THAT HAD A FULL SET OF ARMOUR IN IT,” reported one player on the game’s subreddit. It turns out that if you follow it for a short while the radstag will eventually lead you to a small haul of treasure, including rare armour and guns. Like a truffle hog but for post-apocalyptic instruments of death.

Bethesda confirmed in a Reddit comment on a thread telling players to stop killing the poor things that this was indeed their purpose. While that makes for a fun and unexpected encounter in the game, it’s still not clear what the Observant radstag’s end-goal is. Perhaps they’re actually robots remotely controlled by some other entity? More evidence that nothing is what it seems and Fallout 76 is just one big social experiment?

The truth might be outt there but for the love of Appalachia don’t go killing any more of these radstags to get it.