The first animated Mortal Kombat project since the laughable 1996 cartoon Mortal Kombat: Defenders of the Realm is definitely not for kids. Scorpion’s Revenge, has been released digitally and on DVD and Blu-ray from April 20, is a retelling of the tournament between Earthrealm and Outworld from the original game, using Scorpion’s tragic origin story as a framing device.

It’s a tale as old as time. Shirai Ryu Grandmaster Hanzo Hasashi is a good husband and caring father whose entire clan is wiped out by the Lin Kuei, a rival clan led by notoriously blue ninja Sub-Zero. In order to maximise sympathy for Hanzo, this particular retelling begins with a touching scene between father and son, in which he tells young Satoshi how cool scorpions are. The pair return from their outing to a village full of fresh corpses and rampaging blue ninja. Hanzo, his son perched on his back, rips and tears his way through the invading Lin Kuei to reach his home, but he’s too late. Young Satoshi discovers his mother’s bloody corpse and Hanzo goes into a berserker rage.

This first major battle sets the tone for the fighting in Mortal Kombat Legends. Limbs fly, faces are stabbed and sliced, innards become outtards. It’s frantic and energetic like the sort of adult animation shorts MTV used to air in the ’90s. Despite the fast action, the battle choreography is easy to follow. It’s beautiful, in a horribly violent sort of way.

The only time the action falters is during x-ray shots. In a nod to the mechanic that’s become a hallmark of the fighting game series, the action pauses now and then for some slow-motion eye-popping and bone-breaking. These made me giggle every time. They’re just so silly.

As impressive as it is, Hanzo’s decimation of the Lin Kuei forces is all for naught. Rival clan leader Sub-Zero forces Hanzo to surrender by threatening Satoshi’s life. Hanzo submits, and Sub-Zero kills them both anyway. 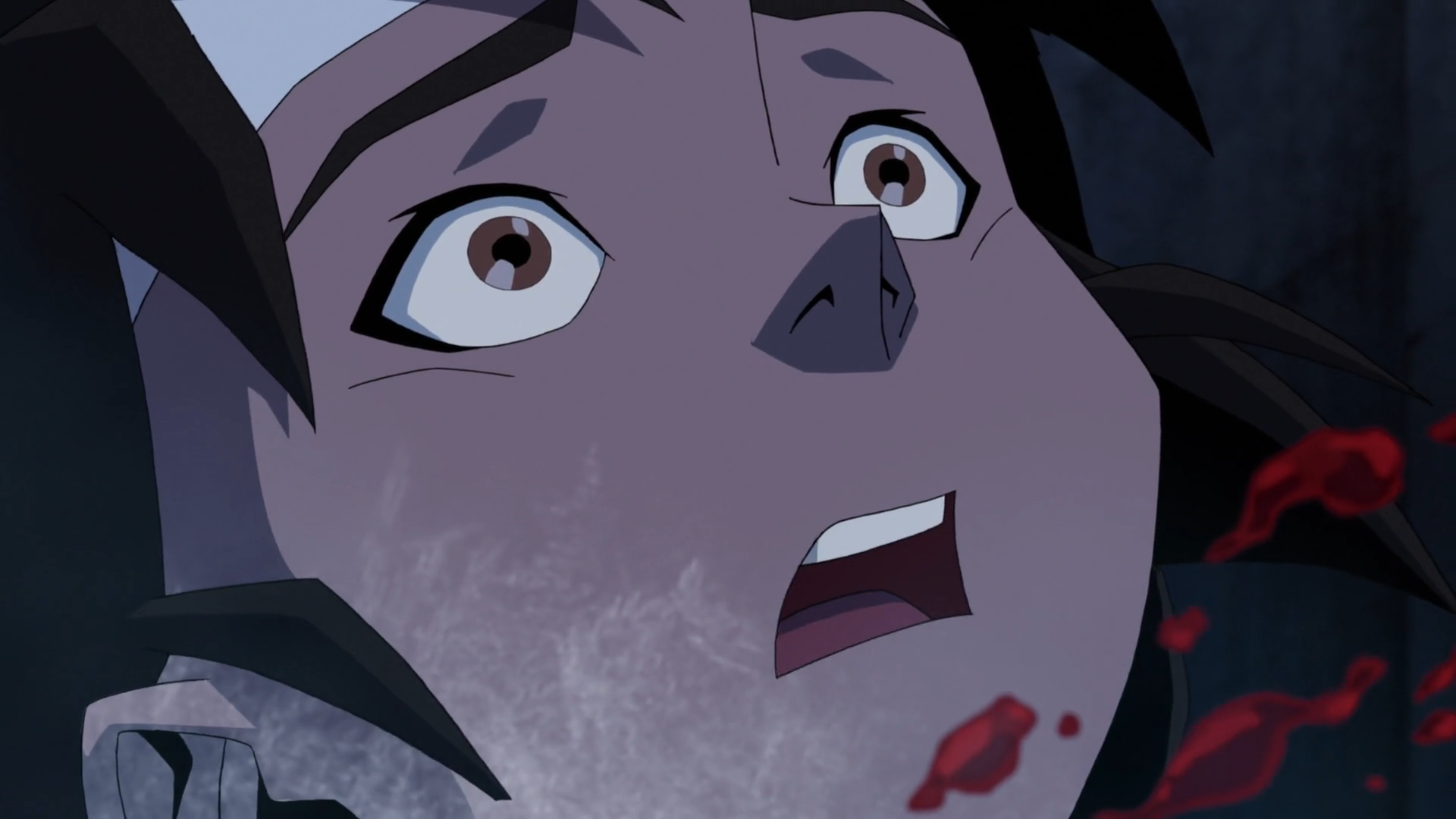 Somehow Hanzo winds up in a fiery corner of Outworld, scheduled for an eternity of torment at the hands of Shinnok’s demonic minions. He breaks free, because he’s the main character, and slaughters his way to Shinnok’s henchman Quan Chi. The sorcerer convinces the resurrected ninja to fight for Outworld in the Mortal Kombat tournament in order to exact his revenge on Sub-Zero. But Hanzo Hasashi is dead. Call him Scorpion.

From this point, Scorpion’s Revenge is pretty much the original Mortal Kombat with a few twists. Raiden recruits his champion, Liu Kang, down-and-out action hero Johnny Cage, and commando Sonya Blade to serve as Earthrealm’s champions. In a fun twist, Sonya’s introduction involves her straight-up murdering a man in a street fighting match in China. I suppose it’s possible he survives, but look at this guy’s face. 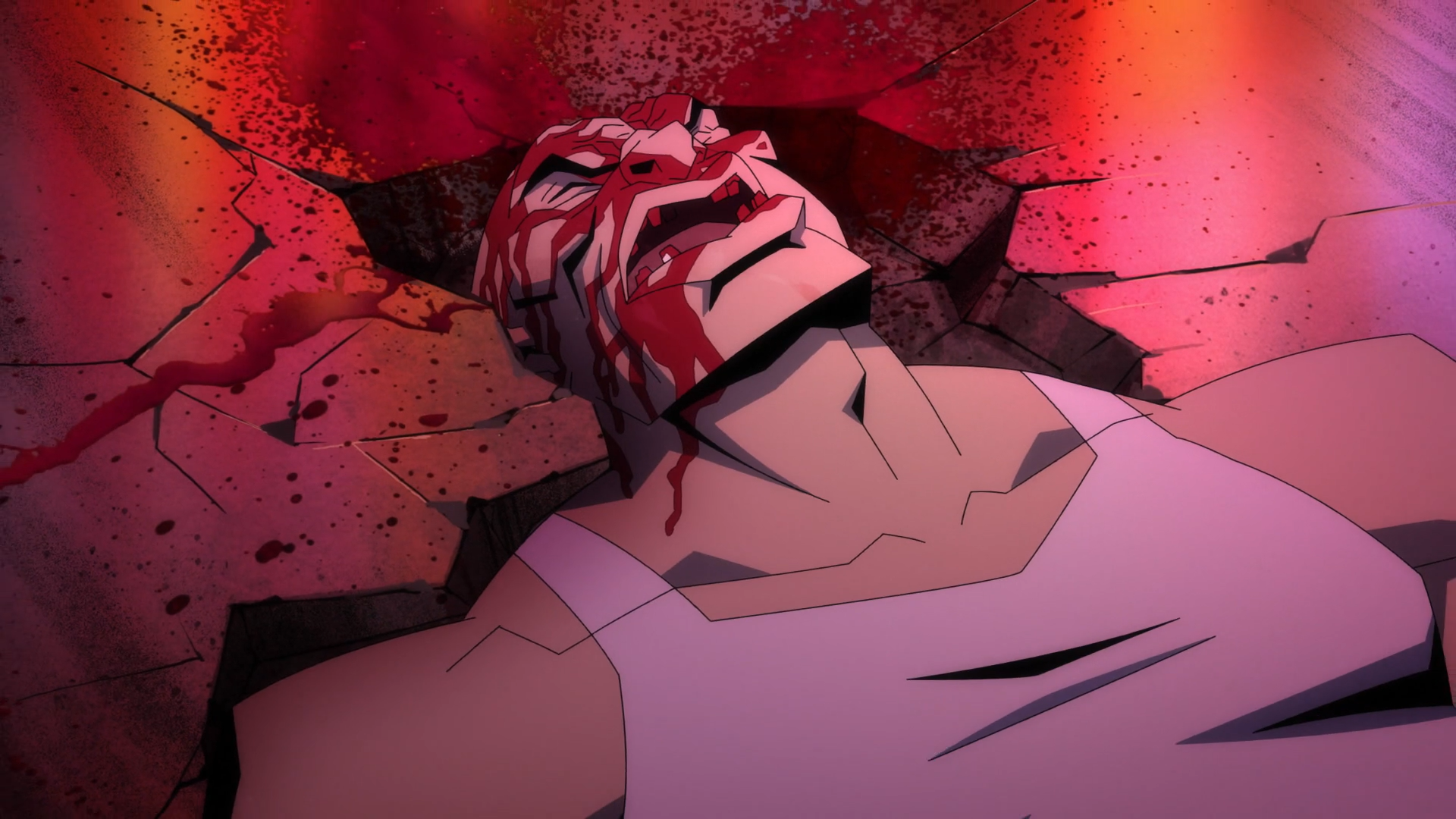 Once the big three are introduced, Scorpion’s Revenge loses some steam. In attempting to cover familiar beats from the game, it becomes the Johnny Cage, Sonya, and Liu Kang show with special guest star Scorpion. Events from the game’s lore, like Liu Kang winning over Outworld princess Kitana and Cage and Blade’s budding love/hate but eventually all love relationship, are rushed through to get to similarly rushed Scorpion bits. 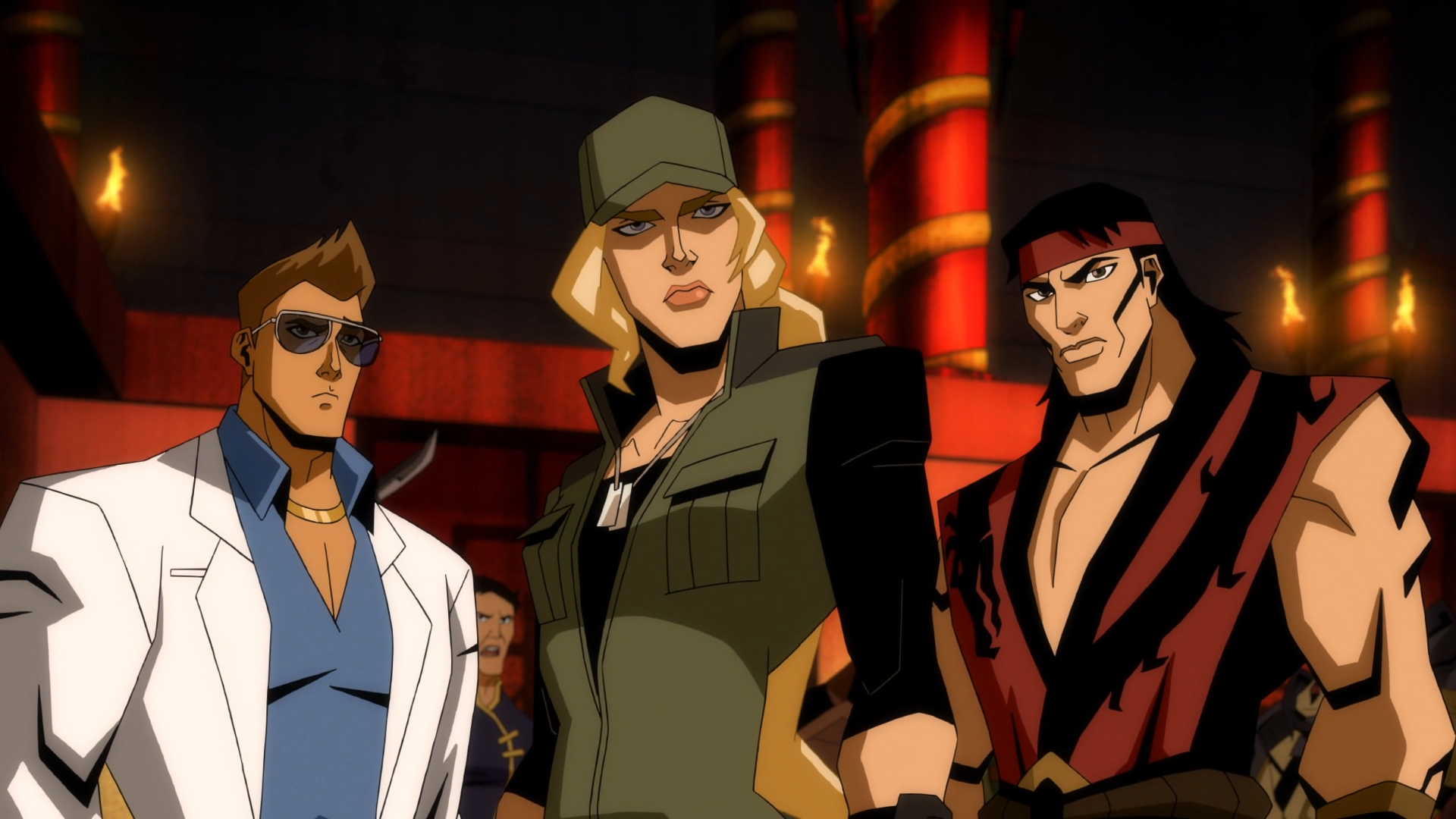 The movie’s story might be hurried, Scorpion’s Revenge always has time for fighting and gory violence. We see limbs torn from bodies, skulls yanked from heads leaving behind flapping face skin, shattering teeth, crackling bones, and muscles slowly being stretched apart. It’s not just villains doing the slaughtering, either. At one point, the heroic Liu Kang, battling a gaggle of Black Dragon mercenaries, decapitates one and uses his severed head as a weapon.

In other words, it’s Mortal Kombat. It’s the brutality that fans of the series sign up for every time a new game comes out in a convenient two-hour animated form. I expected a light story draped over a lot of egregious violence, and Scorpion’s Revenge delivered. 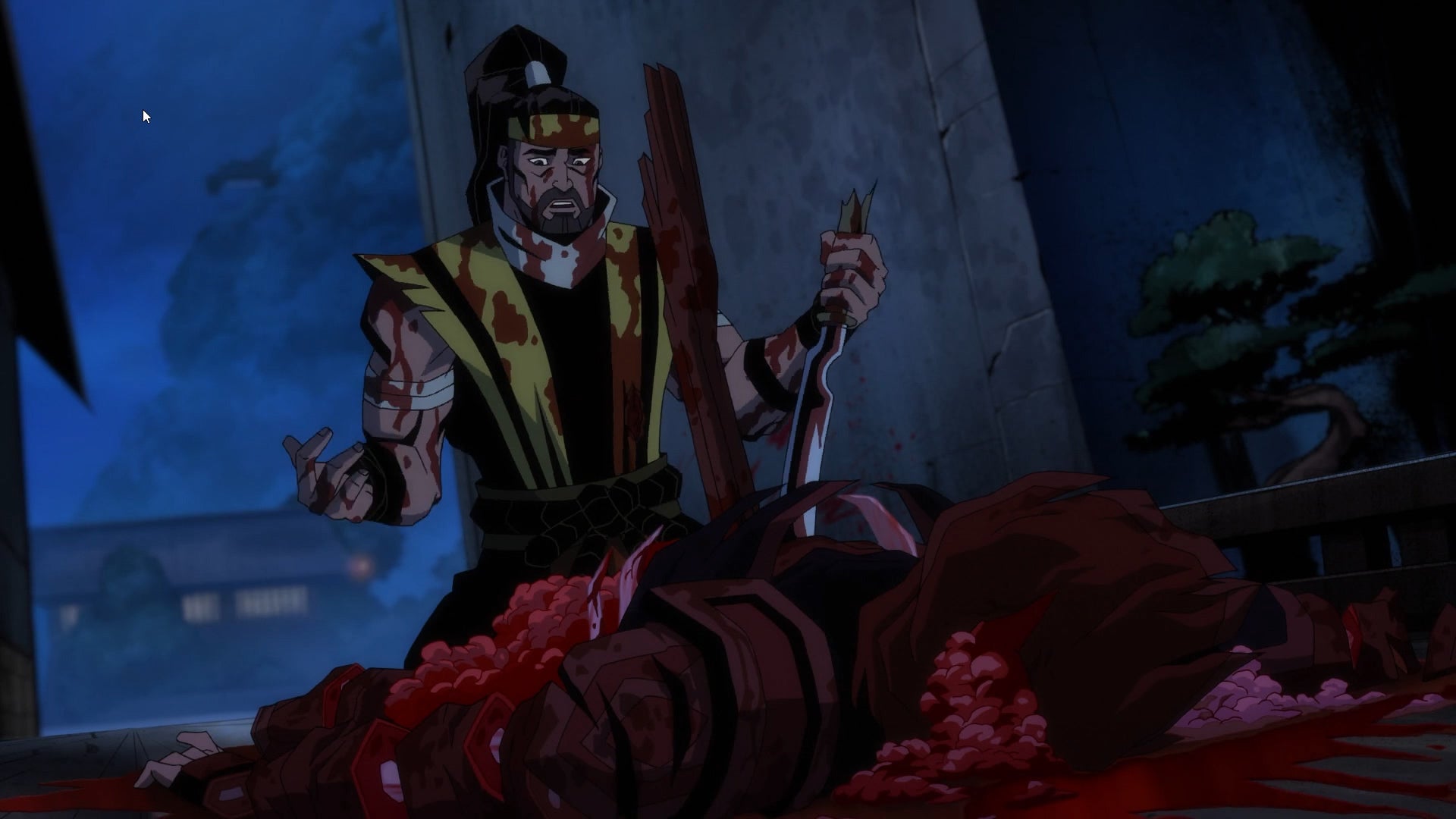