Things To Do In GTA Online While Sitting At Home Bored 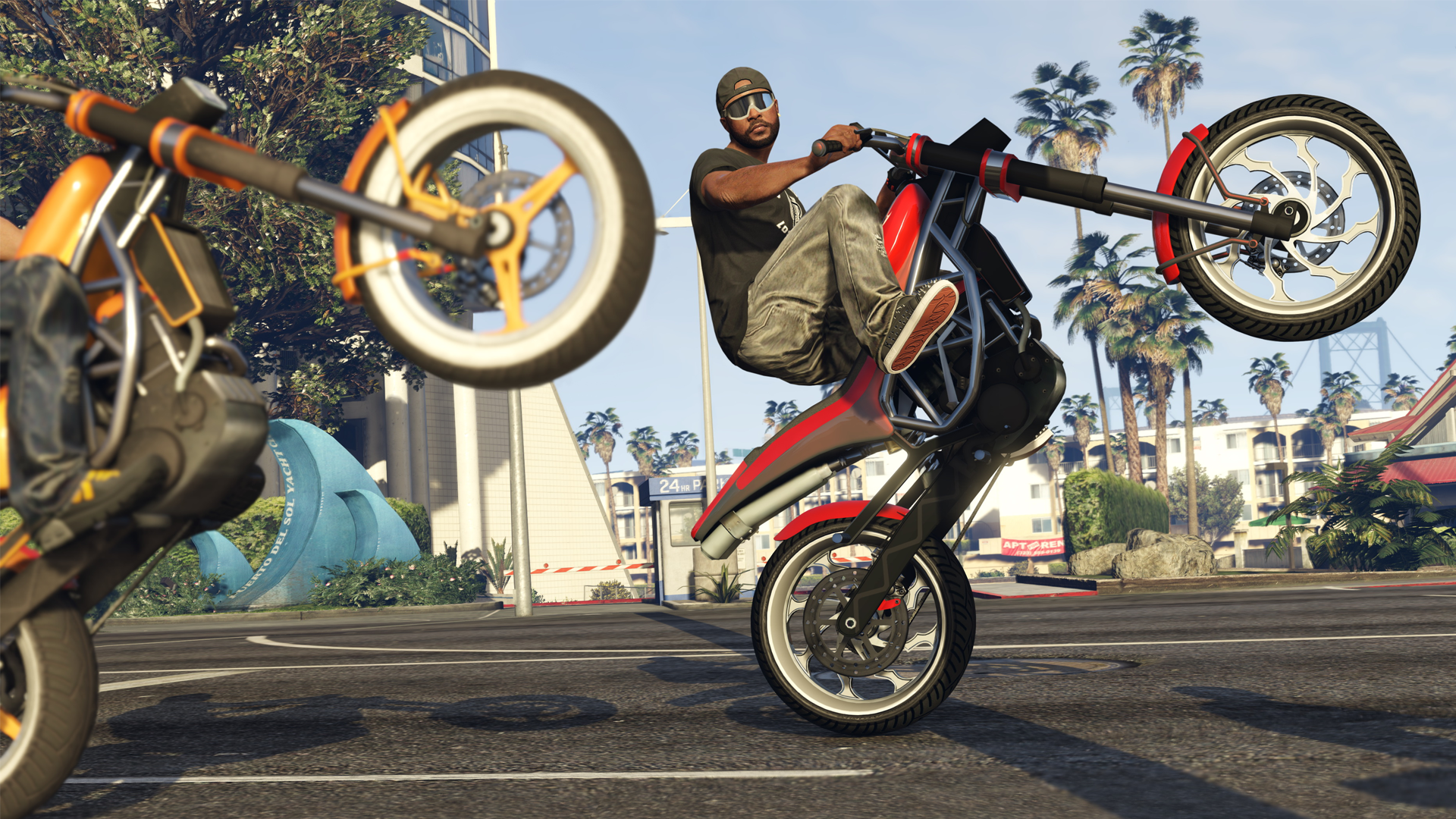 Grand Theft Auto Online hasn’t been updated with a ton of new content recently—the game hasn’t seen a big or even medium-sized content update since December’s casino heist. But it’s a huge game, full of stuff to do and see. If you’re looking for things to do in GTA Online, here are some activities you might not have tried in a while, if at all.

When heists and business became bigger and more popular in GTA Online a few years ago, many players moved away from doing any of the original contact missions. There are some good reasons these missions fell out of favour: They don’t pay well, some of them aren’t very good and they feel simple compared to newer GTA Online content. But if you’ve played all of GTA Online’s new content, you might as well give them a shot.

New GTA Online players may have barely played these old missions, or perhaps never ever tried them. And for veterans, when was the last time you just did some dirty work for Simeon? Sure, it won’t pay millions of dollars, but invite some friends and have a blast doing these quick, simple missions. Rockstar even added some new contact missions not that long ago. They are better than the old ones and worth checking out. 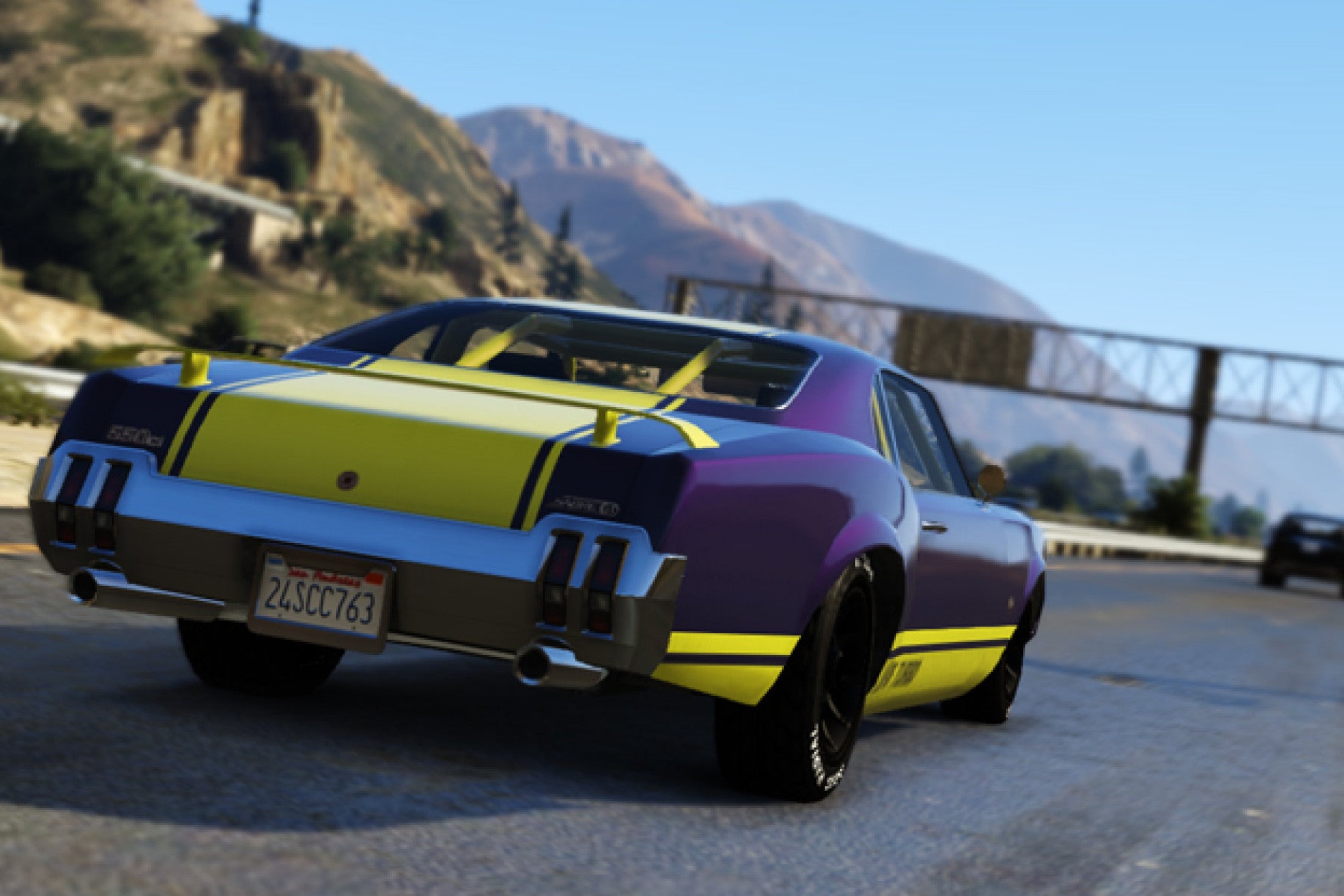 It might be hard to remember a time before stunt races. These big, elaborate races featuring huge ramps and exotic vehicles have essentially become the standard way folks race in GTA Online these days. But there was a time before stunt races, back when all racing was done on the ground, in normal cars, on streets and dirt paths around San Andreas.

Sure, these races aren’t as exciting, but I’d argue they might feel like new content to most players who haven’t touched these tracks in years. Also, I find that going back to these older and more basic races is a better test of your driving skill. Sure, you might be great at driving on big race tracks built for high-speed cars, but driving around small streets and alleyways is a whole new challenge. You might even improve your in-game driving by going back to these older tracks. And if you want to really experience these old tracks in a new way, you could always…

You can turn most point-to-point races in GTA Online into rally races by selecting the option in the lobby before the races begin. Rally races feature teams of two, with one player driving and the other navigating. The player navigating can’t control the car at all, and the player driving can’t see the map or waypoints, so the driver and their partner have to work together to navigate the track. You’re going to want a mic and headset for these races, and I recommend only playing with friends unless you want to hear a 12-year-old yelling slurs at you every time you hit a tree. 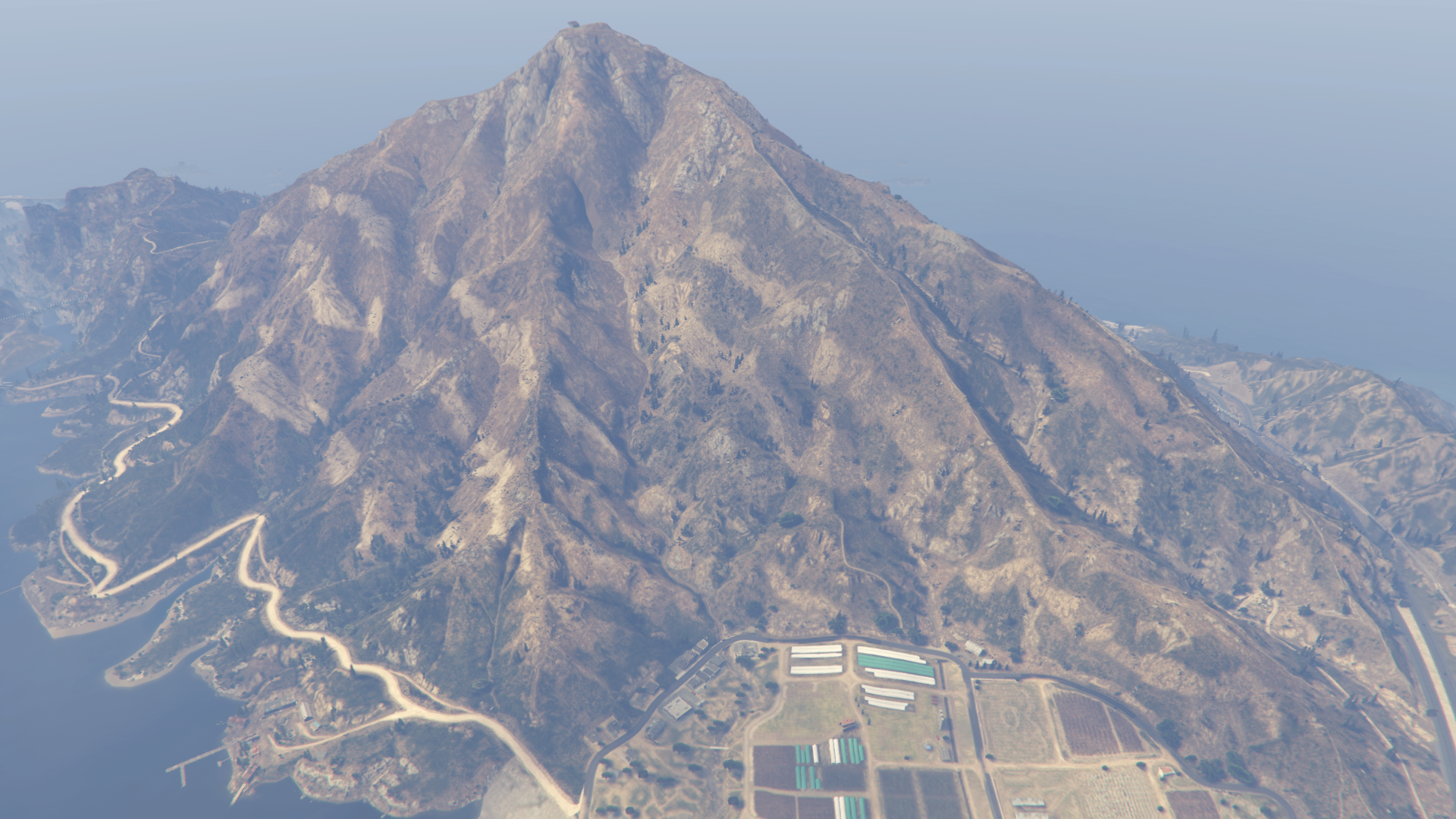 That big mountain toward the southern part of GTA Online’s map is impressive to look at, but most players probably don’t spend much time on it outside of a race or a mission. But the most fun I’ve ever had in GTA Online has been on this big, empty mountain.

Get a few friends and join a private lobby, or find a nearly empty lobby. Then you have a few options for how to make your own fun on Mt. Chiliad. You can set a timer and make everyone use the time to find a vehicle in the world that they think will get up the steep mountain. This will almost always lead to someone getting stuck with a crappy tractor or slow semi-truck. Then head up the west side of the mountain, near the area where it meets the highway. You can easily drive cars and trucks up this part and try to take them up the narrow incline. Or you can have everyone bring bicycles and see who can make it to the top first. Once you reach the top, assuming you make it, don’t forget to fly off that ramp on a car or motorcycle

Slasher is a game mode in GTA Online that was added a few years ago for Halloween. It pits one player called the slasher, armed with a shotgun, against a team of unarmed players who only have flashlights. The slasher hunts the other players, if the slasher kills them all they win and a new player becomes the slasher. If someone can kill the slasher or make it to the end alive, they win and become the slasher. It’s creepy, and while there are some annoying ways to exploit animations that make it a hard game mode to play with randoms, it can be fun with some friends.

For instance, you can all agree to not attack the slasher and instead make it scarier and more intense by making it a pure game of hide and seek. No fighting back: If the slasher finds you all you can do is run and scream. Or force people to play in first-person view and limit how often victims can use their flashlights, and you have a mode that will keep you entertained for hours. Play Some Golf And Tennis

GTA Online isn’t all killing and stealing. Buried inside the game are surprisingly fun and in-depth golf and tennis games. A full game of golf with a couple of players might take you over an hour to finish. There are different clubs, and you have to contend with wind and elevation. It isn’t that far off many modern golf games.

I’ve also had tons of fun with tennis in GTA Online, which plays a lot like Virtua Tennis or Rockstar’s Table Tennis game. You have different ways to hit the ball, and all the rules of tennis are enforced. Grab a friend and you can kill a whole day playing tennis or golf. Or you can just drive around in golf carts all day instead.

Adversary Modes have been a part of GTA Online for many years, and they’ve earned a bad reputation with the community. Many of them just aren’t fun and often feel like they are weird variants of better modes than full-on new game modes. But there are few good Adversary Modes worth playing:

Hasta La Vista – This mode is simple: One team drives big semi-trucks, and the other team drives tiny bicycles. The team on bikes is trying to get from one point to the other, while the trucks are trying to squish them like bugs. Exciting and silly, this was one of the first Adversary Modes added back in 2015. I still play it to this day with some friends.

Hunting Pack – A team of hunters in fast cars tries to stop a van. The van is armed with a bomb that will explode if the van slows down too much. The player in the van has a few folks in cars trying to protect them from the hunters. This mode leads to some tense crashes and comebacks.

Deadline – Do you like Tron? Do you like wild game modes? Deadline is for you. Each player drives a Tron Lightcycle which, just like in the film, leaves trails of coloured light behind them. If another player drives into one of these trails they die. Last player standing wins. Play some songs off Daft Punk’s Tron Legacy album while playing to really elevate this mode.

Overtime Rumble – One of the best things to do in GTA Online if you have a good group of friends. Think darts meet curling, but with rocket-powered cars and giant ramps. 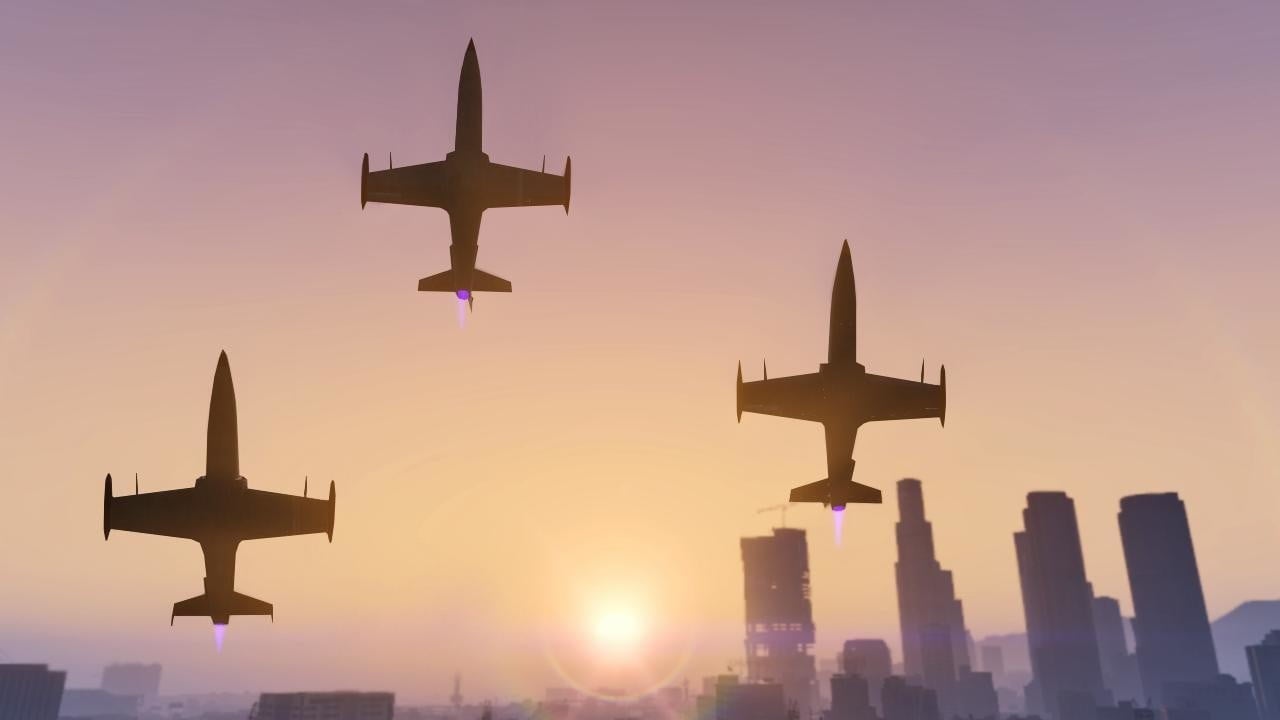 Maybe you’re a new player looking to improve your flight skills, or an experienced player who doesn’t fly much. Or perhaps you are just bored and need something to do. Why not try out the San Andreas Flight School? This activity was added back in 2014 and is made up of 10 different mini-missions. They all have the player operating aircraft in different scenarios or trying to complete a certain goal. For example, one test asks you to try to survive an engine failure. Another challenge makes you land a helicopter on a moving flatbed truck. Completing all of these flight school courses earns you a nifty exclusive shirt, and if you get gold medals on each test you also walk away with over $US230k. But be warned, these tasks are harder than you might expect.