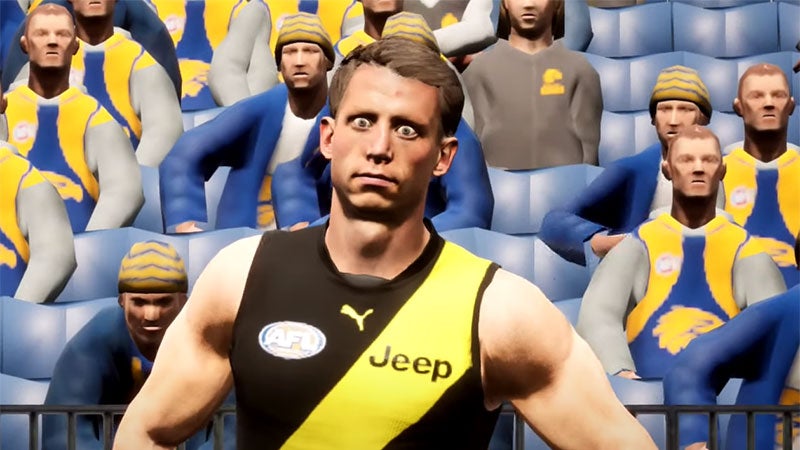 While we expect a certain level of polish and technical excellence from big, expensive games like FIFA and NBA 2K, let’s not forget that they’re not the only ways you can play a sports game on a modern console. There are other games, from places like Australia.

Example: courtesy of Vooks, here’s some footage of AFL Evolution 2, an Australian Rules game that was supposed to come out next month (on multiple consoles) but which has dropped early on the Switch eShop.

Now, you might look at this video below and laugh your arse off at how janky and 2006 it looks. And that’s fine, it is in comparison to the international big guns a cheap, nasty-looking game.

But given the game’s limited market, and the cost involved in modern game development, it’s a wonder stuff like this gets made for fans of local sports like this at all.

So shout out to weird local sports games like this, and those Lacrosse games, and cricket games, and everything else that has to share the same market space as huge EA Sports games but is delivering niche stuff to a (relatively, cricket is still pretty big!) niche market. The hustle is appreciated.

A Cricket Game For People Who Hate Cricket

Imagine a game about cricket that's designed for everyone who doesn't like cricket. That's kind of what Cricket Through The Ages is going for.