Final Fantasy VII Remake is not a difficult game, but there are still things you should know before you play it—ways to be more efficient, to get more treasures, and to avoid those pesky game overs.

Here are some basic tips for Cloud’s adventures through Midgar 2.0:

Regular attacks don’t do much

The first thing you should know about combat in Final Fantasy VII Remake is that button-mashing is really, really inefficient. That’s because your standard attacks don’t do much damage. The fastest way to take down enemies and bosses is to strategize, figuring out the best time to use special abilities, spells, and your characters’ powerful attacks (such as Barret’s Overcharge and Cloud’s Punisher Mode). Think of regular attacks as simply ways to build up your ATB gauge, which is what lets you use the spells and special abilities that allow you to deal the real damage.

Rely on ranged characters to heal

Barret and Aerith are better healers than Cloud and Tifa for one simple reason: They can build up their ATB gauges with ranged attacks, which is far safer than getting up close with monsters. If your party is in trouble—low hit points, dead people, etc.—the best way to get back in the game is to switch to Barret or Aerith, unload a few ranged attacks to build up their gauge, and then heal from there.

Every time you pass a shop or vending machine, go up and interact with them. If you see a yellow number next to “Buy,” that means they’ve got items for sale at a special price—discounted essentials like Ethers and Mega Potions that can save your tush in battle without costing you too much cash.

There are no tents or save points in this game (you can save anywhere!) but there are benches, free rest points that you should use literally every time you see them. It costs you nothing and could make the difference between life and death in a boss battle—which often tends to pop up after you see a bench! 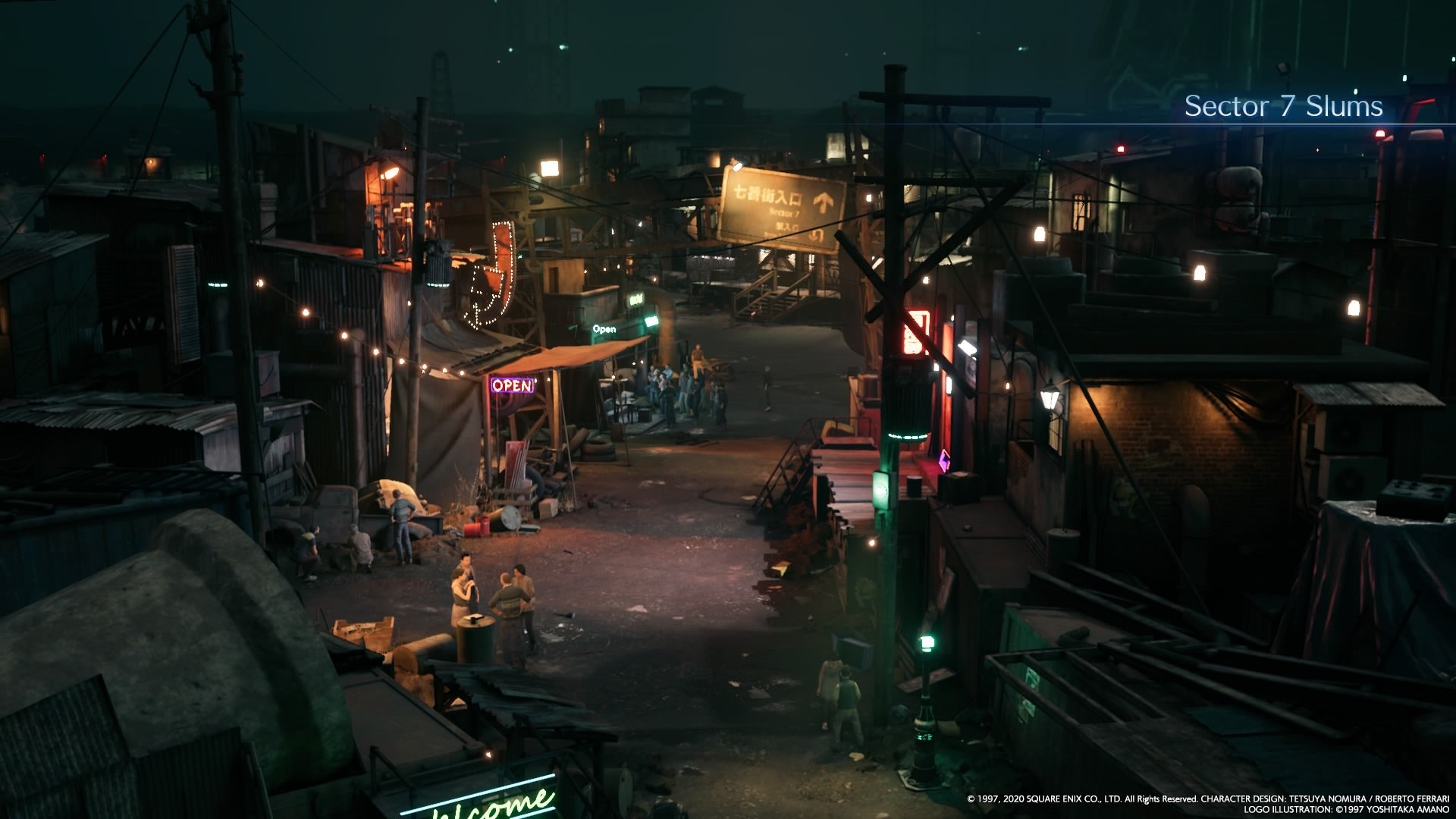 Early in Chapter 3, you’ll meet a Shinra intern named Chadley who wants you to go off and do some simple tasks for him, like evaluating enemy stats and taking advantage of their weak points. Not only will he give you all sorts of rad materia for completing his scientific missions, he’ll also eventually give you the chance to fight and then summon powerful monsters. Don’t neglect this stuff.

Use assess on every enemy

Chadley will give you an assess materia that’s worth hanging onto. Not only will it show you an enemy’s hit points and weaknesses, it’ll also tell you what makes them most susceptible to getting staggered, which paralyzes an enemy and boosts the amount of damage they’ll take. This will let you take them down more efficiently and make battles feel more strategic as a whole.

If you’ve already used assess once on an enemy, you don’t have to use it a second time! Just hit that big button in the middle of your PS4 controller.

Have the Auto-Cure materia on an ally at all times

Any party member equipped both with this materia and a healing materia will automatically heal anyone who gets into the red, which is incredibly useful. Party members in Final Fantasy VII Remake won’t otherwise cast spells unless you give them orders, so this bit of rudimentary AI can save you a lot of time and headaches.

Elemental materia is one of the most useful in the game

It lets him do serious damage to three enemies one after the other, which is great for clearing out crowds.

…So is Tifa’s Star Shower

Which is a super-powerful flurry of blows and kicks.

Healing the entire party without using a single MP is always useful. 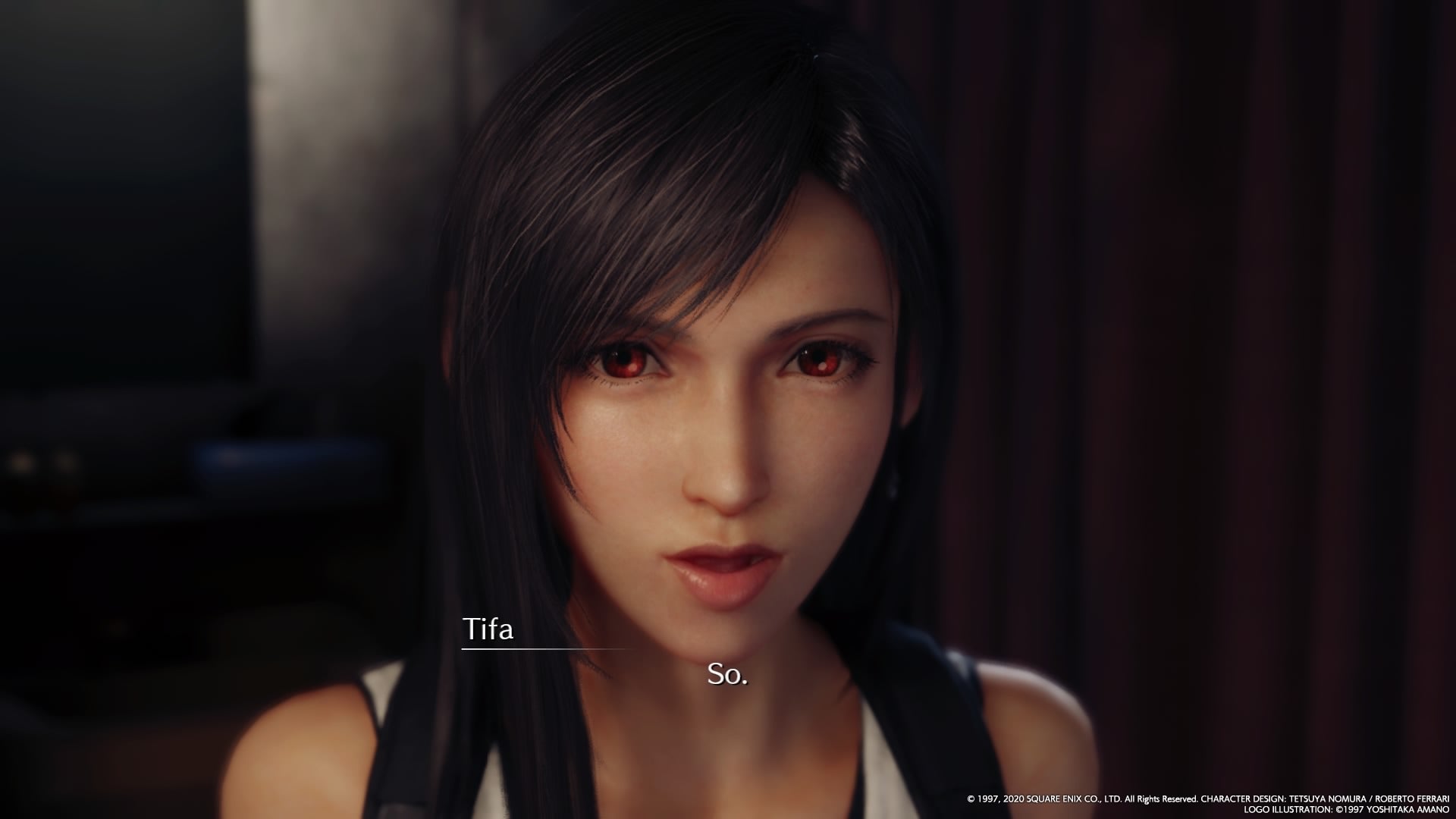 No need to save them at all. You’ll lose them after battle anyway.

Heal up using your spells BEFORE you smash crates

There are Shinra crates all over the game, and they often contain useful items and mako shards, which will restore your party’s MP a slight amount. To take advantage of this, heal up before you smash.

Just a little time-saver, since you can’t use potions or healing spells from the menu.

In Chapter 7, the M-items are not worth it

This one is a little specific, but hear me out: in Chapter 7, you’ll be given several choices to destroy pieces of the Airbuster boss before you fight it. Don’t bother with the M-items—they’re not worth it. Dismantle the robot’s AI cores and bombs instead.

To find treasure in dungeons, go wherever your party isn’t going or won’t follow you

It’s a clever little design trick—if you see two branching paths, often, the one that your party members go down is the one that progresses you through the main story. Whichever path your allies aren’t following will probably lead to optional loot. 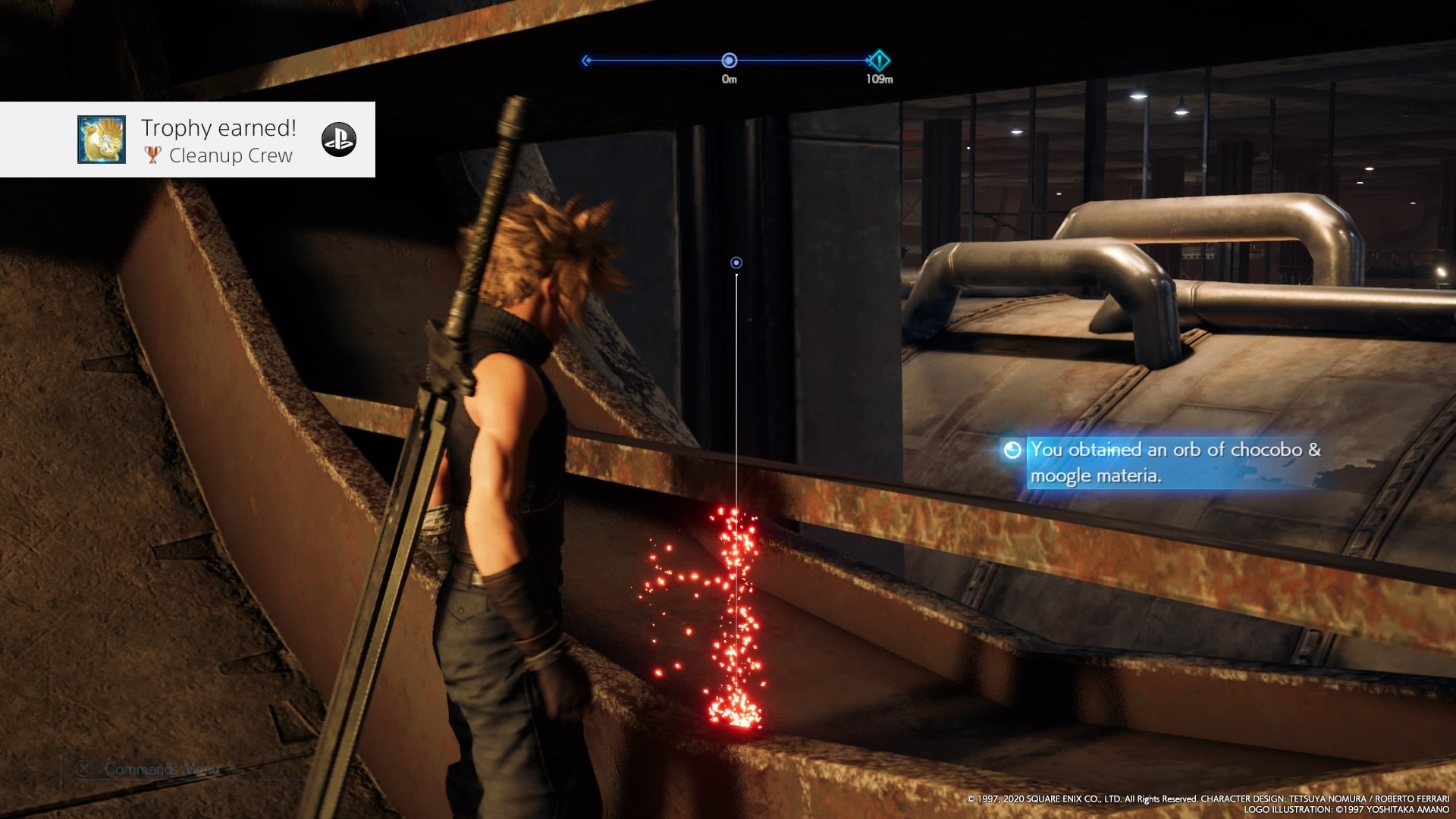 Stats aren’t the only thing that matter on weapons

Each character has a variety of weapons at their disposal. Barret has some melee weapons that allow him to pummel the crap out of enemies, for example, but they take away his ranged attacks. Cloud’s magic-boosting swords will turn him into a more effective wizard at the cost of his melee power. Don’t just automatically upgrade when you see new weapons the way you would in the original Final Fantasy VII—pick the style that works best for you.

It’s perfectly fine to set your weapon upgrades to auto

The menus are unwieldy and there really aren’t all that many choices.

Don’t feel bad about the bloodhounds

The most difficult fight in Final Fantasy VII Remake isn’t some menacing monster or hulking robot boss; it’s a group of dogs that you’ll encounter toward the very end of the game. If you find yourself continually defeated by these cruel canines, don’t stress too much. Just switch to easy mode for this one battle. It’s fine. You won’t lose your gamer cred. We promise.