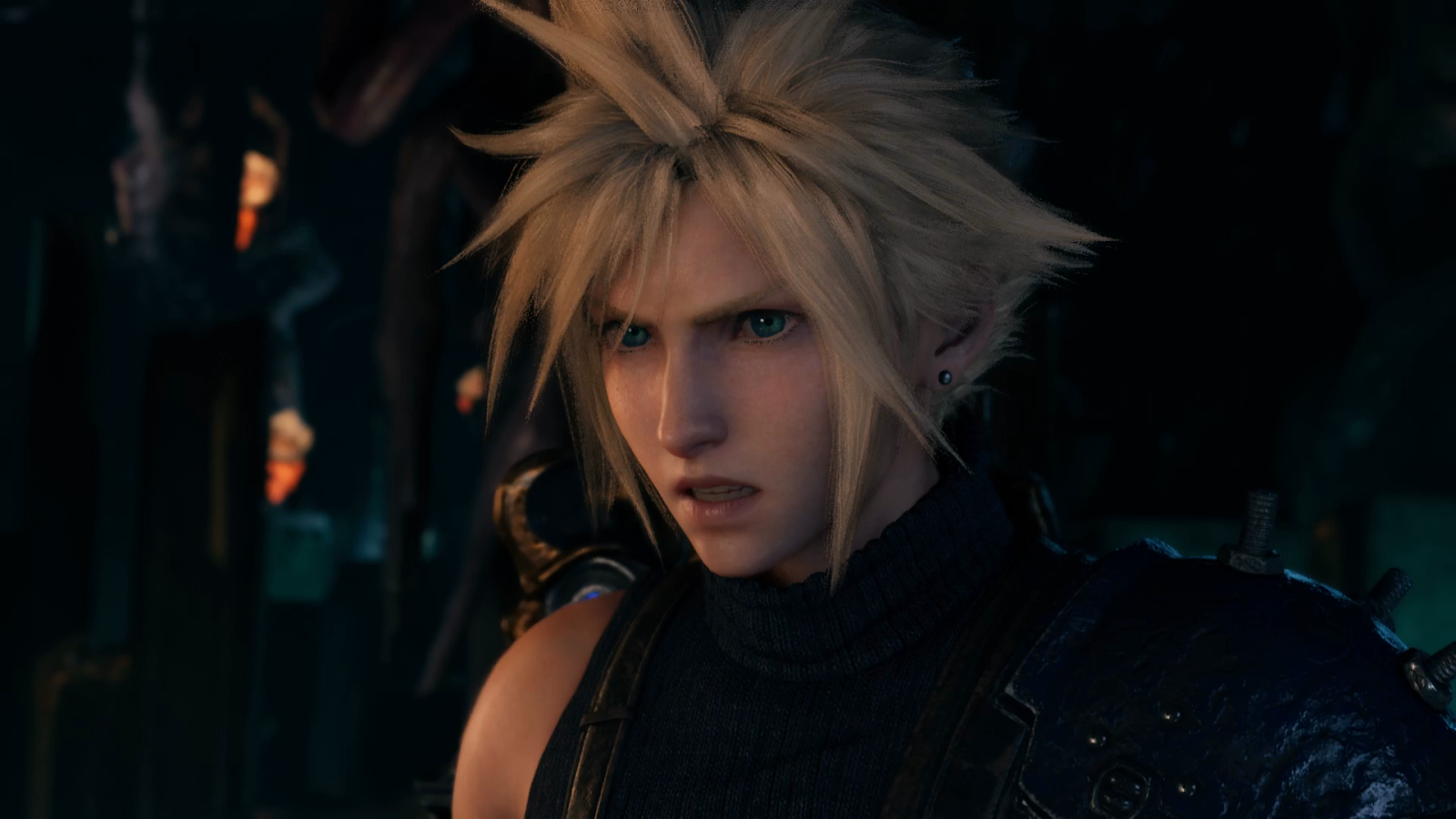 Final Fantasy VII Remake’s combat kit-bashes the series’ role-playing battles with the hefty action of a game like Monster Hunter World. Part action, part tactics, it usually works even if some camera woes mess things up from time to time. One fight later in the game—a fight that wasn’t in the original 1997 classic—highlights everything good about the Remake’s combat.

Final Fantasy VII Remake, unlike the original game, gives you direct control over where party members stand on the battlefield. You don’t just select attacks from a menu, you position yourself and wait until you have enough resources to spend on special attacks or item use. The original game’s “Active Time Battle” system is fantastic, but as modern sensibilities push toward more action-packed battles it was inevitable that Remake, particularly under the partial leadership of Kingdom Hearts director Tetsuya Nomura, would move into real-time combat. It might take a bit of time to get used to, but the change serves the modern retelling well. Characters have special functions: Barrett attacks from a distance with his gun-arm, Tifa’s punches and kicks cause enemies to stagger more quickly. While the original game offered highly customisable functions for each character, Remake seeks to better define their roles. You’re moving around a lot but you’re not running around like a headless chicken. There’s a purpose.

That said, in some moments it breaks down: tight rooms where the camera can’t follow the action, encounters where status effect spewing turtle-men attack a little too quickly, and moments when characters can’t easily use their special abilities. Some of the toughest fights in Remake are rooms of turrets or encounters with flying enemies who hover out of reach or who you can’t quite target as well as you’d like. But when everything comes together? It’s fantastic. To understand the combat system’s strengths, it’s best to look at a single encounter: the fight with Jenova Dreamwalker near the end of the game.

This isn’t a fight from the original game. The party doesn’t fight Jenova, the strange alien-entity, until much later in the PlayStation version. Purists might bristle—the story sequences in Shinra Tower certainly have more than enough boss fights—but this one fight does everything right. From the charged context and presentation, to the arena design and how you achieve fight progress, there’s possibly no better encounter in the game than the battle against Jenova. Why is that?

Well, let’s get the obvious stuff out of the way first: It’s just badass. Cloud and his team have come all this way to Shinra Tower, the heart of the evil corporation, to rescue their friend Aerith. Throughout the story, Cloud has been hounded by the mysterious Sephiroth. When the party confronts President Shinra, Sephiroth strikes. He kills the president and seemingly kills Barrett. The stakes are high, and then? Jenova, a horrible monster beast that pulls the team into a deadly illusion. Fire, acid. The battle’s final phase uses an amped-up remix of her original boss fight music. From scenario to presentation, there’s a lot to love. Heck, you even have a guest party member around to help out: the intelligent wolf-dude Red XIII.

But looking at the fight itself, it’s also very well-designed.

To start, there’s the battle arena. It’s huge! Remake works best when you have plenty of room to manoeuvre. Cramped arenas suck the fun right out of combat, but spaces that allow you to dodge and react quickly in the moment help stress the benefits of having direct control over your character. It also means that you can better “position” your party, if only for a few moments. Characters outside of the player’s direct control act automatically, but if you move quickly enough and swap around it’s possible to time furious attacks from both sides or split up the party to address smaller threats. 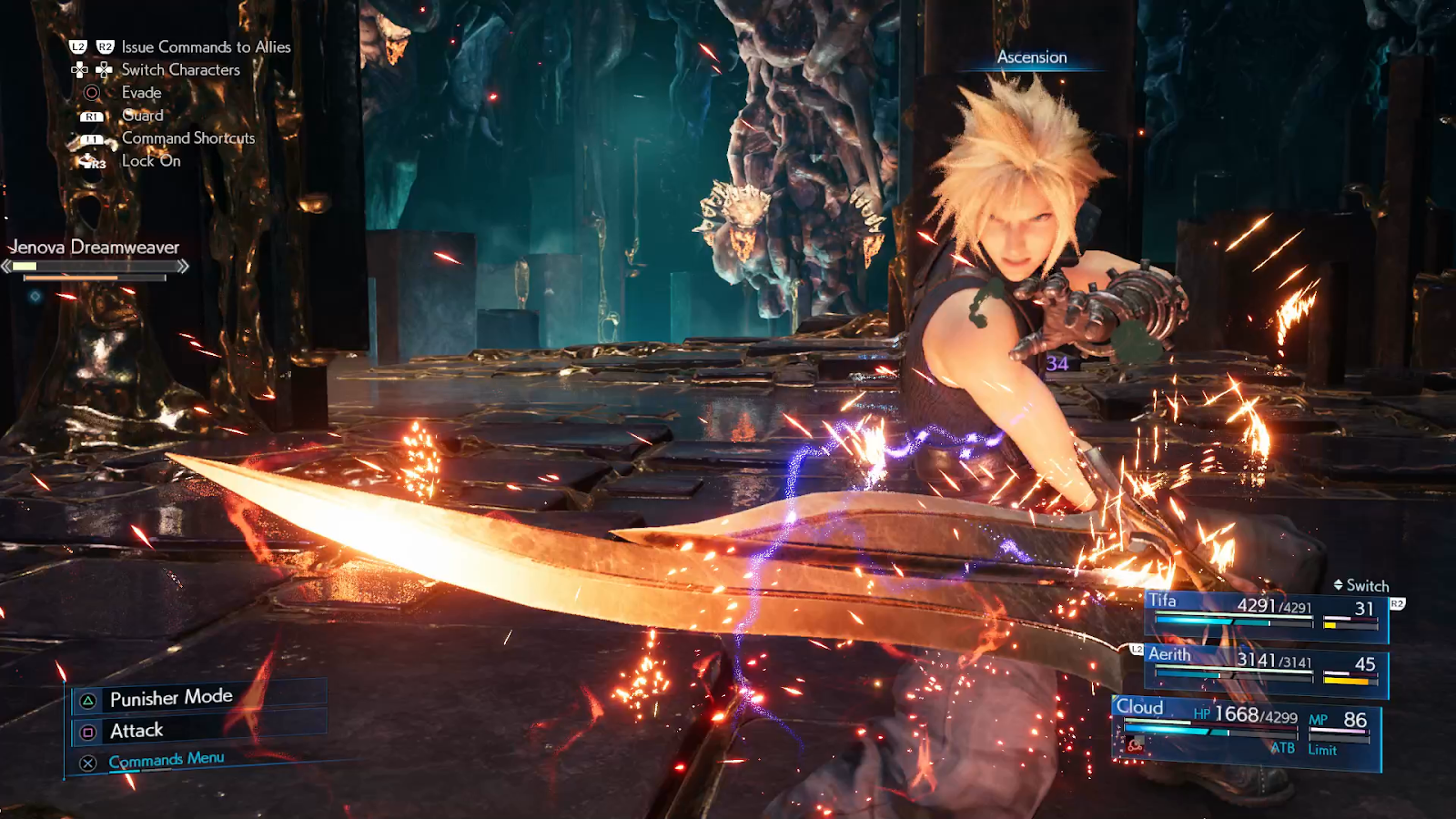 That last part is important, as Jenova summons multiple tentacles throughout the fight that litter the room and attack the party as well. While they don’t have a lot of health and you can take them out with one standard combo or ability, they serve a few important functions. The first is practical: They grant charge for the characters’ limit breaks. As characters attack and take damage, they build meters they can spend on a large special move. The tentacles help ensure you can charge and use your Limit Breaks.

More subtly, they offer miniature moments of success throughout the battle. Jenova is a tanky boss and she doesn’t react too much to your hits. You’ll be smacking her with your Buster Sword for maybe 10 minutes on your first playthrough. Phases where you fend off the tentacles offer small victories that create a sense of forward momentum. You’re hacking the monster to pieces, you’re fighting the Hydra and cutting off head after head. Since the tentacles spawn all over the room, you need to rush around and actively pay attention to your surroundings. You can’t simply tunnel vision on Jenova. The reward for being attentive isn’t simply additional safety but a sense of progression.

The large space and multiple attack targets provide you with options. By this point, characters will have powered-up magic, multiple unique abilities unlocked, powerful summons, and more. This is a chance to use all of them freely and with spectacular results. Jenova can inflict multiple status effects on the player ranging from Poison to Stop, and can grab characters until other party members rush in to free them. There is always something to do, some reason to dig into your bag of tools.

Remake follows up this fight with boss battles that restrict player options: Cloud’s duel against Rufus Shinra punishes aggressive play with nasty counters, Aerith and Barrett battle against a Shinra mech that constricts space by summoning walls of fire. But Jenova gives you a chance to be bold, and damn does it feel good.

The battle is a playground. A fierce playground with monsters and techno-music that gives players space to express themselves. Other battles constrict and press in. That’s a great way to create a challenge but every now and then you gotta cut loose. What better time than against the nightmarish projection of an ancient alien monster?