How To Catch The Scorpion And Tarantula In Animal Crossing: New Horizons

For the most part, Animal Crossing: New Horizons is wholesome. But at night, life on the island changes. Deadly and dangerous creatures like scorpions and tarantulas emerge in the dark. You can catch both of these insects, but you’ll need to stay on your toes.

How To Catch The Scorpion In Animal Crossing: New Horizons

Scorpions can spawn on your island after 5:00pm and usually lie in wait where you can’t easily see them.

The best way to catch a scorpion is to watch its stinger and claws — you might be able to sneak up behind one, but when its body rears up and shakes, it’s about to attack. Stop moving when this happens. Once it relaxes, continue to approach it slowly and repeat the process until you’re close enough to swing.

If it decides to launch itself at you, you can run to escape it. Put enough distance between you, and you’ll be able to swing around and capture it with a net.

was trying to show off my path designs and a scorpion started chasing me LMAO #AnimalCrossing #ACNH #NintendoSwitch pic.twitter.com/8HvLgBO35b

You can also try this nifty, well-planned trick:

How To Catch The Tarantula In Animal Crossing: New Horizons

Tarantulas are similar to scorpions and haunt islands after 7:00pm so if you’re going on a night trip, stay alert.

If you encounter a tarantula, make note of its movement patterns like you would with the scorpion. Walk slowly towards it, and when it rears up on its hind legs, don’t move. Once it relaxes, keep approaching slowly until it rears up again. Repeat until you’re close enough to swing.

here's a tip, when trying to catch a tarantula, don't move once it perks up and it won't charge #AnimalCrossing #ACNH #NintendoSwitch pic.twitter.com/v6GNepCGSS

If it’s running at you, it may already be too late — you should try running to a fixed spot, turning and swinging your net, but if that’s not possible try entering a nearby house for safety or leaping over water to escape.

If it catches you, you’ll faint and end up back at your house.

Thankfully, the scorpion appears to be the only night terror currently haunting the Animal Crossing towns of the Southern Hemisphere. The tarantula is available between November and April in the Northern Hemisphere, but Southern dates are currently unconfirmed. Logically, it would appear sometime after May, but we’ll all have to live in fear until we know for sure. 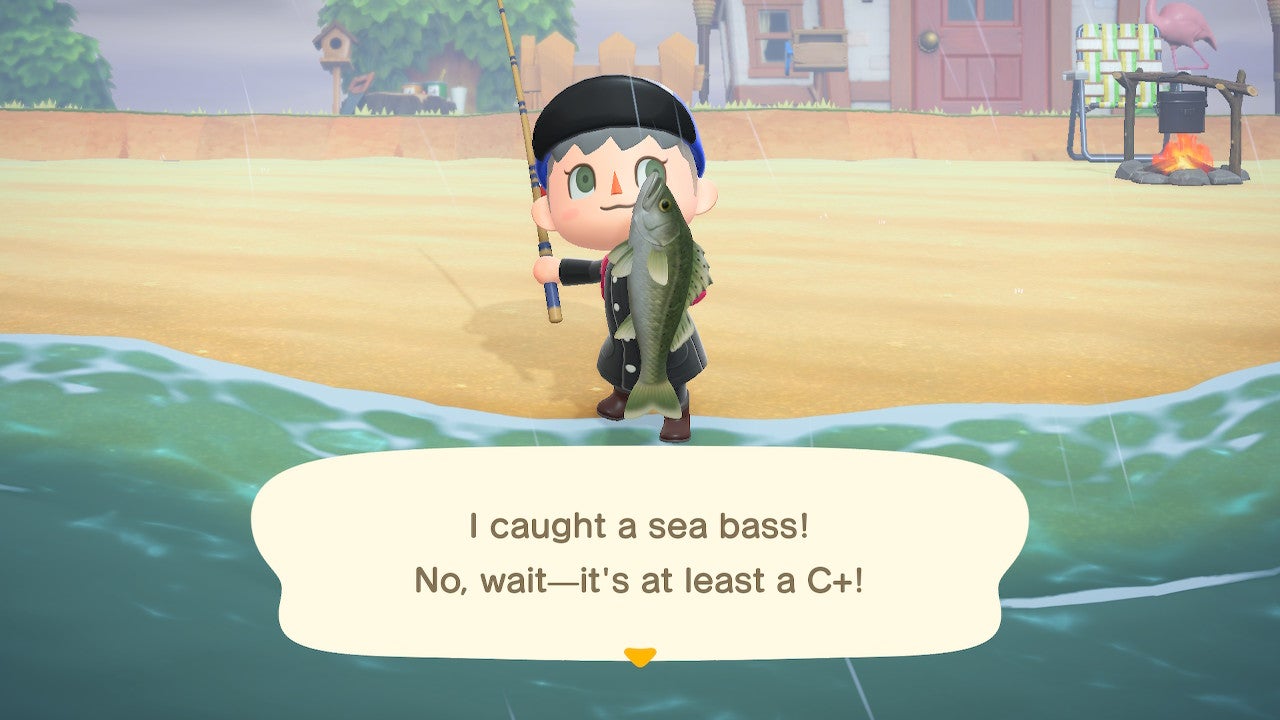 Maybe There Are Too Many Sea Bass In Animal Crossing: New Horizons

If I catch one more sea bass in Animal Crossing: New Horizons, I’m going to scream.

How To Use QR Codes In Animal Crossing: New Horizons

Fashion is an integral part of Animal Crossing: New Horizons, and while you might like to settle for the game's existing wardrobe, there are much cooler options available through QR codes.