Animal Crossing is a land where anything is possible. So, naturally, this land belongs to The Goose as well.

KiriDomo on Twitter did what most people do when they love two things: they bring them together. Nobody has found a way to actually let The Goose loose on people’s Animal Crossing lands, so KiriDomo went down the summoning path.

KiriDomo has spent God knows how long recreating the entire Goose Game village on their Animal Crossing island. The Goose’s girlfriend has been brought back to life via the magic of a Decoy Duck recipe. The pub’s missing a few tables in the main section, but the garden and grandpa’s darts are complete.

It’s actually staggering if you think about just how long it would have taken to get all the little details right. Picking all the different flowers, getting the tiles right. Having the fountain, the flamingo, the gnome, and even putting together the No Goose sign.

Speaking of which, if you wanted a No Goose sign for your own Animal Crossing island, here’s the pattern for yourself:

I love this! I made a sign too, no geese have stolen it yet thankfully. pic.twitter.com/TCCtr03HdI

People are creating all kinds of wonderful worlds within Animal Crossing. It’s a little like The Sims in that regard, but a lot more wholesome? Maybe it’s because gaming is a vastly bigger activity these days. Either way, it’s been a great ride.

One of the best cold opens from TV police comedy Brooklyn Nine-Nine involves detective Jake Peralta asking the members of a police lineup to sing the Backstreet Boys’ classic “I Want It That Way.” It’s even better when Peralta is played by Animal Crossing: New Horizons’ Raymond while Marshall the squirrel plays a cold-blooded murderer. 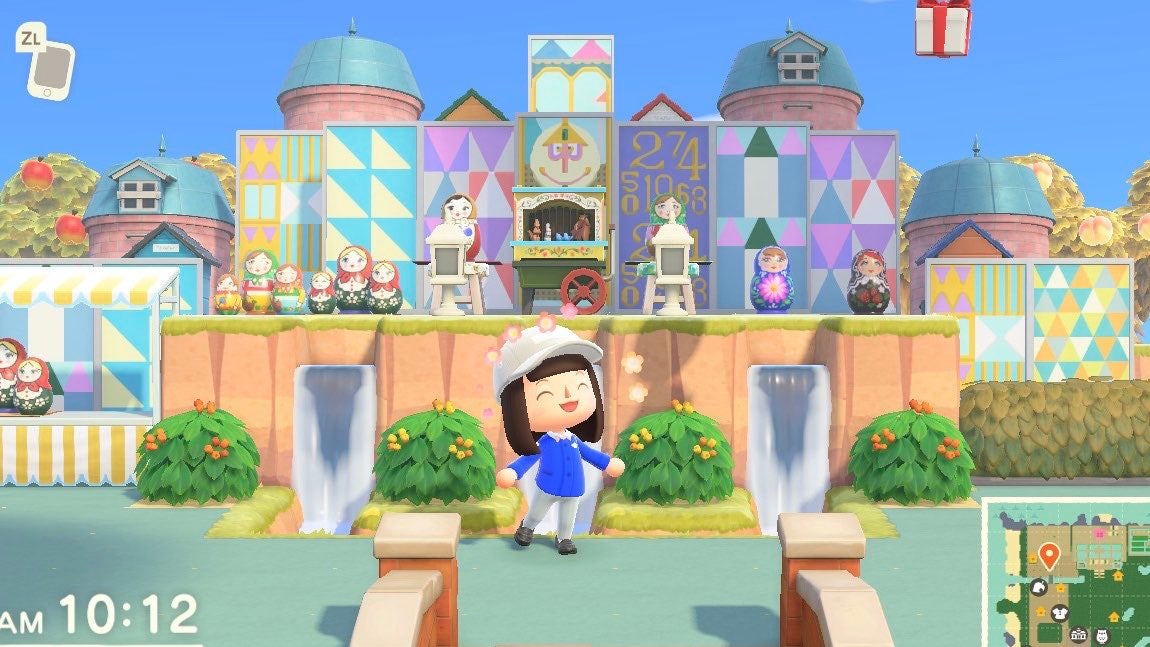 Shouting out to New Horizons for “holding it down while we wait for football season”, the Detroit Lions’ revealed its 2020 schedule with an Animal Crossing video full of adorable swipes at its rival teams.