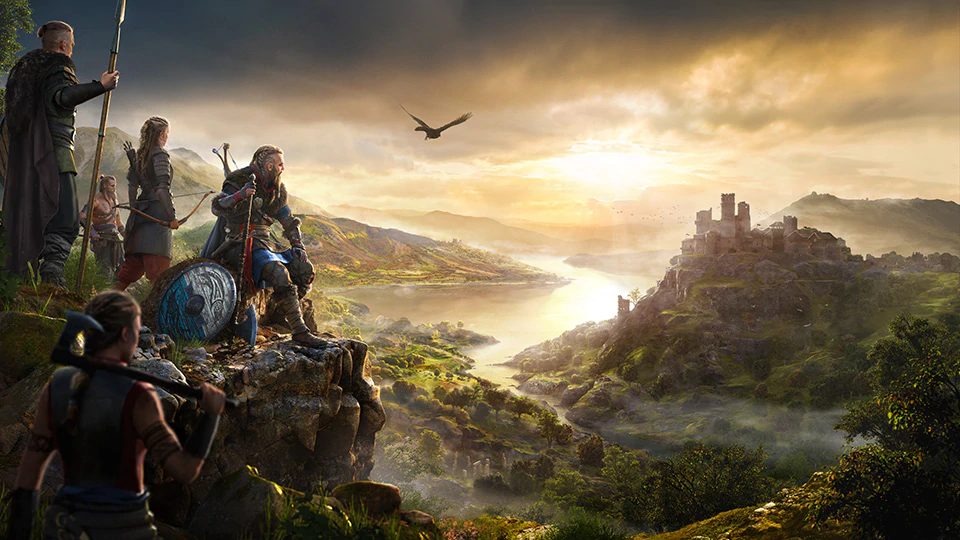 Women exist. This is a basic fact of life, but it’s also a frequent source of controversy for more”¦ let’s say reactionary sections of the gaming community. In what appears to be an attempt to head off the usual tiresome complaints, Ubisoft has addressed its decision to allow players to choose between male and female versions of the Viking protagonist in Assassin’s Creed Valhalla.

“The archaeological sources are highly debated on that specific issue,” said Thierry NoÃ«l, historian and advisor in Ubisoft’s editorial research unit, via an official Q&A. “But the fact is, and I think what’s really important, is that it was part of their conception of the world. Sagas and myths from Norse society are full of tough female characters and warriors. It was part of their idea of the world, that women and men are equally formidable in battle, and that’s something that Assassin’s Creed Valhalla will reflect.”

Assassin’s Creed has been dominated by male protagonists since the series debuted in 2007, with rare exceptions in games like Liberation and Syndicate. Ubisoft changed to a less restrictive format with 2018’s Odyssey, giving players the option to play through the game as one of two siblings. While two-thirds of players popularity in the Mass Effect series.

Battlefield V made a big show of its female player character, putting her front and centre on the box art and other promotional material. Despite a long history of women serving in the armed forces”read up on Lyudmila Pavlichenko when you get a chance”that decision enraged a small but vocal subset of gamers, who decried the move’s lack of “historical accuracy.” These complaints, as they so often do, forced the gaming world to relitigate obvious facts instead of calling them what they actually were: concern trolling from consumers who treat every attempt at diversity as a conspiracy to erase straight, white, cis men.

Were there female Viking warriors? Who gives a fuck! We love gaming because it allows us”developers and players alike”to do whatever we like. I can play as a powerful gorilla escaping a testing facility or a scared child evading brain worm-infested pigs. I can kill time at the doctor’s office with a puzzle game or spend hours emotionally invested in a sprawling RPG. It may be hard to understand by people who, like me, have been catered to their whole lives, but seeing a woman as a playable character in a video game can be the first step toward someone new joining our hobby. We should all embrace that.

Ubisoft’s decision to include two fully developed characters in Odyssey and now Valhalla should be a win-win for everyone. Not only does it technically double the amount of game, it also gives a whole new group of players the ability to see themselves in a powerful, compelling Assassin’s Creed protagonist. But considering how a vocal minority has reacted to women being added to games in the past, it’s no surprise that Ubisoft wanted to get ahead of the nonsense as soon after the Valhalla reveal as possible.