Automatic Weapons Are Taking The Fun Out Of Warzone’s Gulag 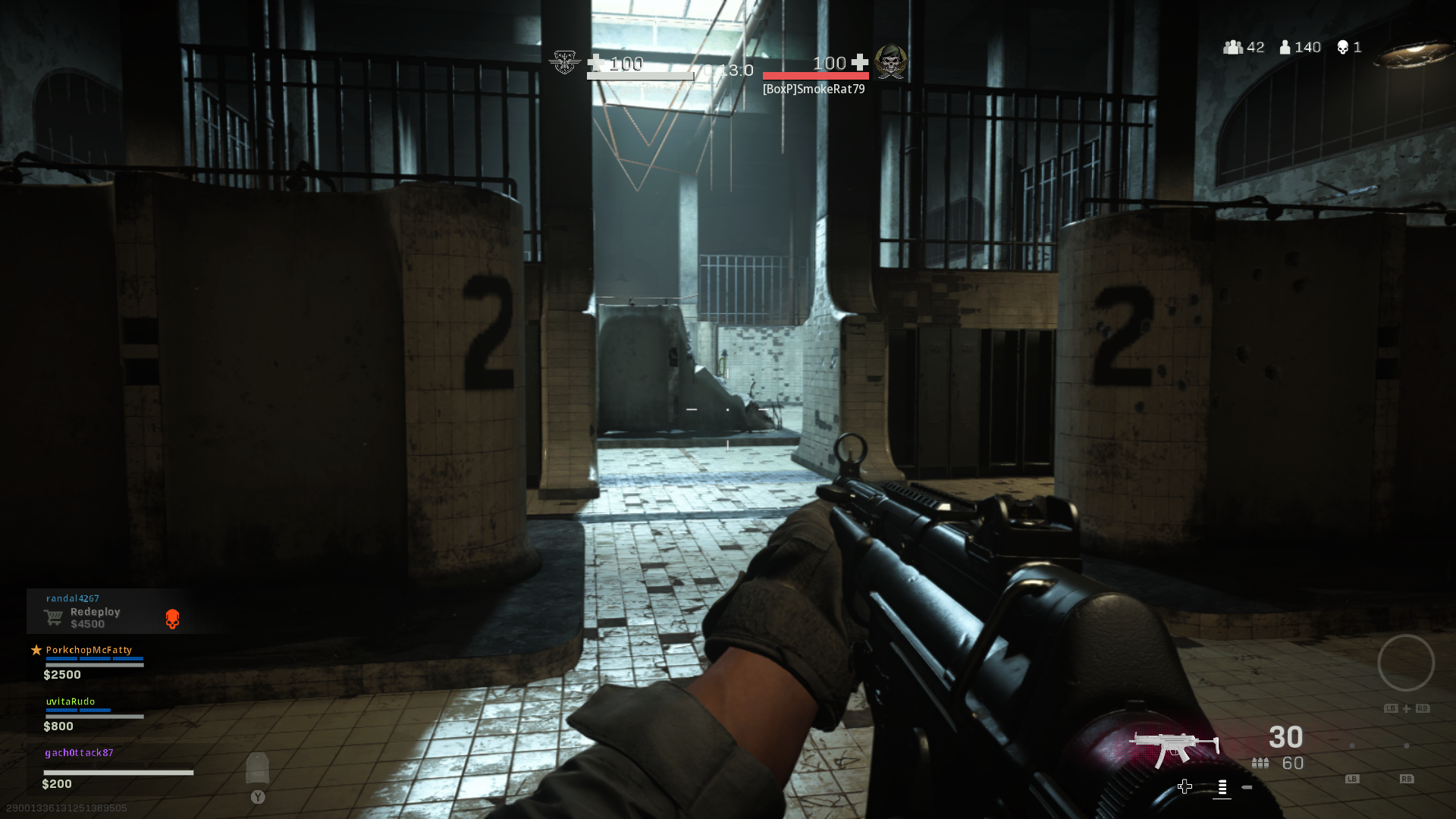 Screenshot: Activision
To sign up for our daily newsletter covering the latest news, features and reviews, head HERE. For a running feed of all our stories, follow us on Twitter HERE. Or you can bookmark the Kotaku Australia homepage to visit whenever you need a news fix.

Call of Duty: Warzone’s Gulag is a special place: a small arena in the middle of a prison where two people fight so one of them can respawn. It helps set Warzone apart from every other battle royale out there. And now it’s being ruined by all manner of bullet hoses.

Thanks to Warzone’s latest update, new weapons are now available in the Gulag, namely a handful of assault rifles and submachine guns. Previously, players in the Gulag used to only spawn with a pistol or shotgun and some tactical equipment, like a stun grenade or flashbang. Now, you can try to pick off your opponent from afar with the M13, or charge across the room spraying bullets from the hip with the P90 like a coked up Tony Montana. A gun like the Ram-7 will let you do either. Gone are the days of every showdown being a micro-survival horror game. Now most of them play out like the paramilitary shootouts you get in the rest of Call of Duty multiplayer.

The old Gulag thrived on the tension of having limited weapons and being up close and person. Players were unleashed into a small labyrinth that looks like it was constructed out of subway bathrooms. With only so many shots in the chamber and every moment it takes to aim being precious, players tended to hurl themselves at one another in aggressive hail marys. It was all over in just a few seconds, but those few seconds could feel like an eternity. Any given Warzone match has up to 150 players; the Gulag gives you a better chance of getting to look your opponent in the face.

The addition of assault rifles and SMGs “expand the range of engagements in the Gulag,” Activision wrote in a blog post announcing the changes. And while that’s true, it comes at a cost. The odds of getting into a shotgun or pistol duel have been pushed down, and it’s now more likely that your Gulag match will feel just like any other encounter in Warzone, full of camping, stray bullets, and quick deaths. Now when I die in the Gulag, it tends to be from someone I never even got to see. And when I win it’s because I happened to get the jump on them and immediately pump them full of lead. 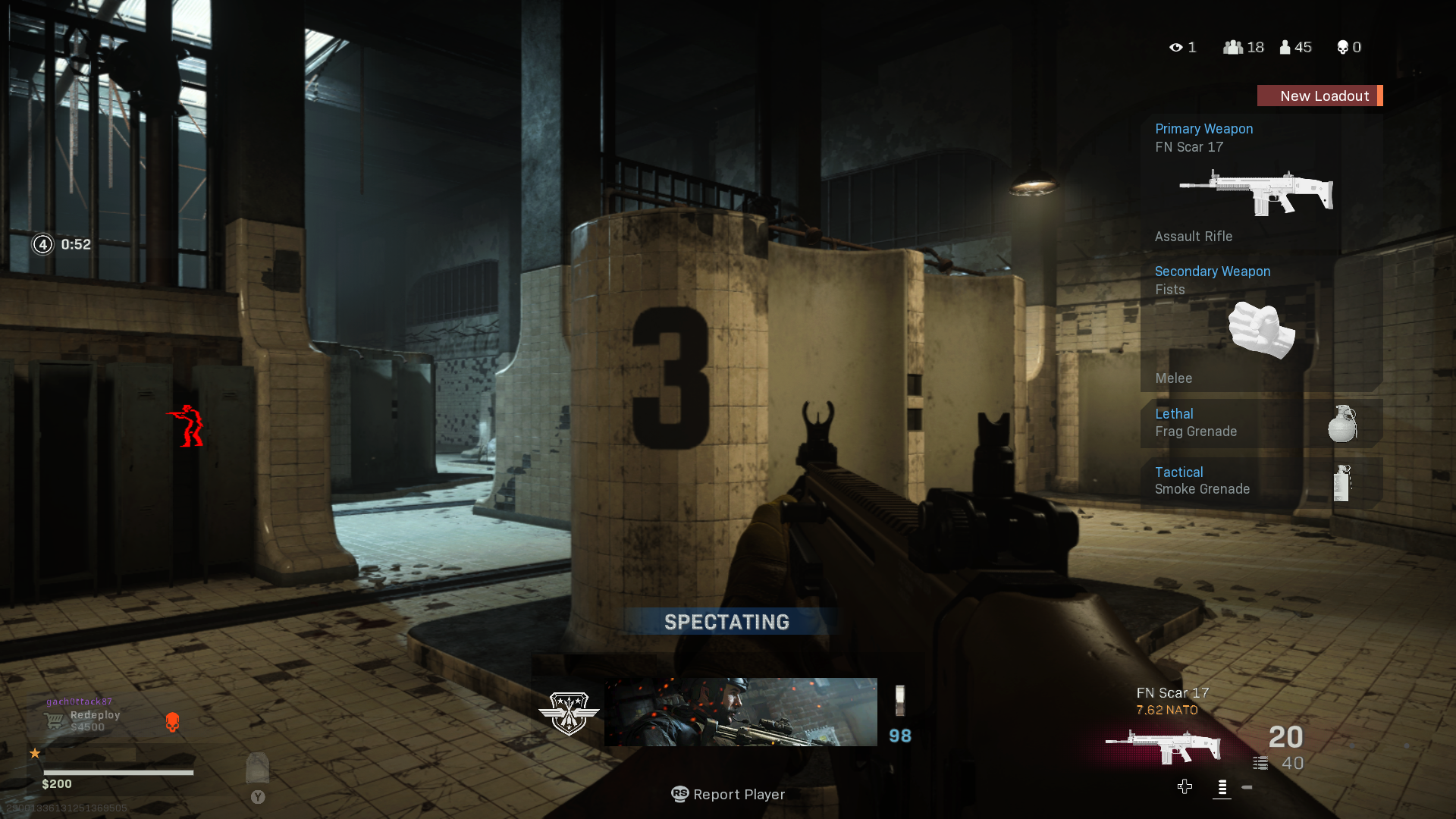 The Gulag was never perfect. Shotguns can be a mess and, in my opinion, tactical equipment adds an unnecessary level of chaos. It sucks getting killed because you ran into a stun grenade, and it’s much less fun when you kill someone else just because you happened to guess right when deciding which way to throw yours. If anything, I think more stuff should have been taken out of the Gulag rather than added.

Maybe pure knife fights would ultimately feel too one-dimensional. But the reason I love Warzone’s Gulag, so much that I don’t even feel that bad the first time I get killed during a match, is because of how focused and personal combat there feels. It’s the perfect antidote to the hundreds of deaths I’ve experienced because I got sniped from afar, bombed from overhead, or run over in a jeep. Bad luck may have landed me in the Gulag all those times, but it was never enough to keep me there.

With assault rifles and SMGs now in the mix, it feels harder to make my own good fortune. As a result, the Gulag feels like just another one of Warzone’s carnage palaces to be avoided.