Like the Olympics, this Summer’s Euro 2020—Europe’s big football championships—have been moved to 2021. But Konami’s planned adaptation of the tournament is going ahead this year anyway, because why the hell not.

It’ll be out on June 4, and comes in the form of a DLC update for Pro Evo 2020, the company’s flawed masterpiece of a football series, and provide a bite-sized version of the competition featuring two stadiums (Wembley and St. Petersburg), the official ball and a separate tournament mode where you can play through Euro 2020.

Interestingly Konami say that all 55 teams taking part—only 24 will actually qualify, so you can mix-and-match to create your own fantasy lineup—are licensed, a rarity in these big competition games.

And while it’s easy to make fun of any and all of Konami’s off-pitch efforts with this series, from tragic name changes to bizarre licensing arrangements, I actually really like this release! Sure, it’s commemorating a tournament that won’t be taking place this year, but since there won’t be actual football to watch, recreating the Euros in PES (which I’m guessing will feature crowds! Of people!) is the next best thing. 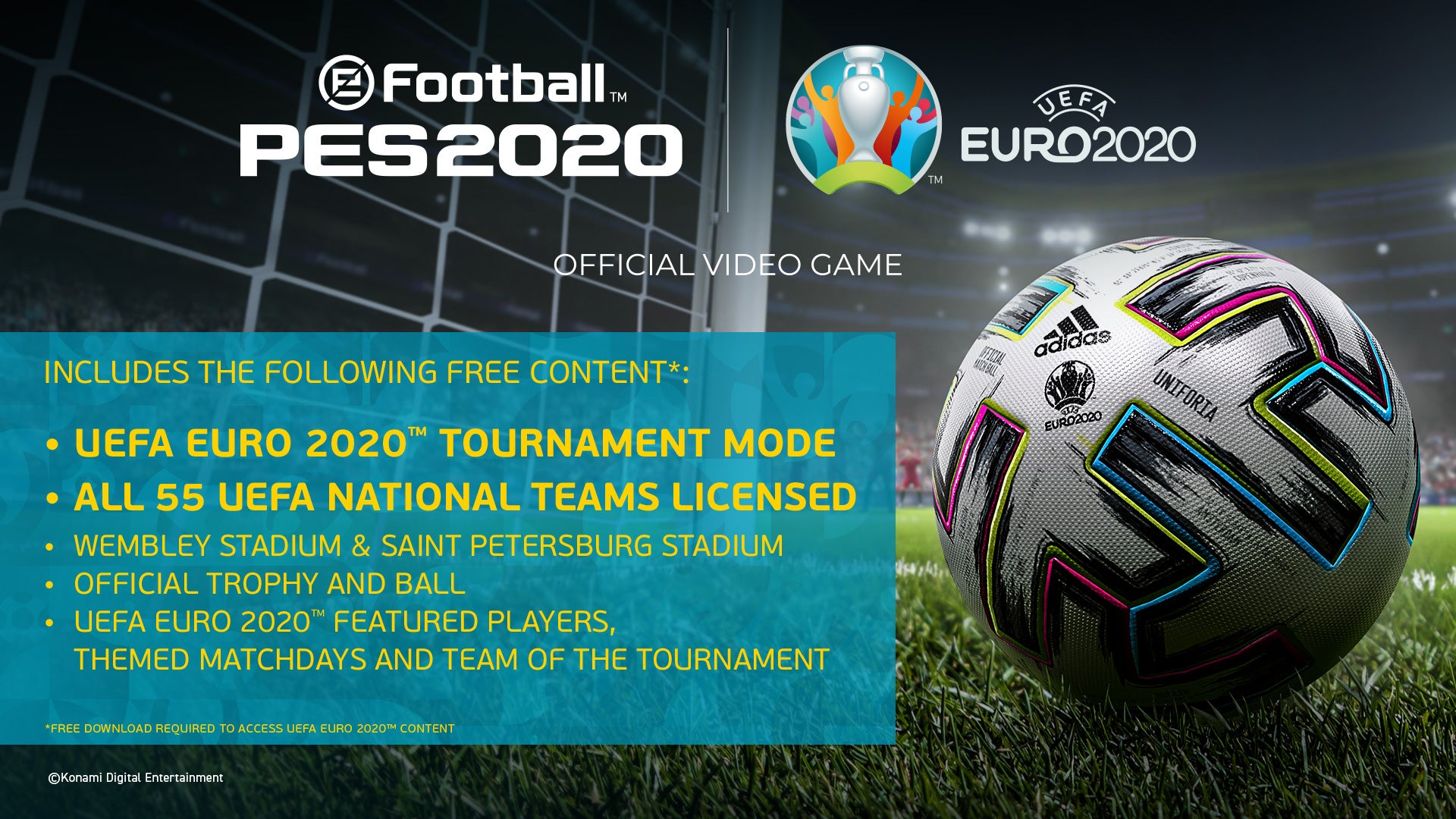