Chinese TV Blurs The Heck Out Of David Beckham’s Tattoos 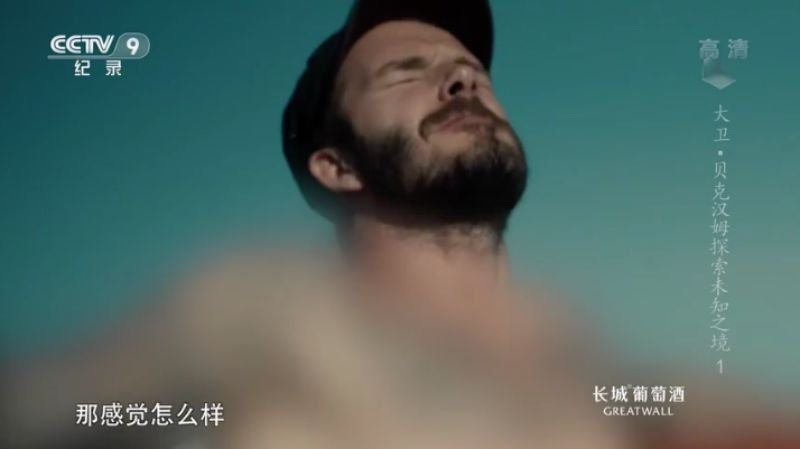 When David Beckham appeared on China’s CCTV in a travel documentary, he explored parts of the country’s beauty. The TV channel, however, explored how to blur out the former soccer star’s tattoos. 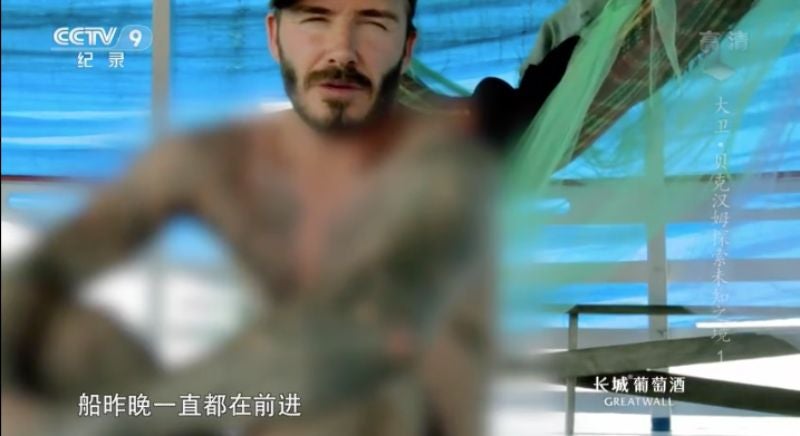 This reminds me of the time that Sailor Moon completely blurred out in Thailand.

In case you don’t have an idea of the degree of censorship that’s currently going on in China, here is how David Beckham appears on CCTV (apparently tattoo = taboo). All of his tattoos are censored in the hour-long program. pic.twitter.com/Dz4csOrH8Z

Want to add a bit more context: This kind of practice is largely due to the elusive self-censorship, motivated by the unclear yet punishing guidelines from the authority. I made a video last year explaining how it's done in detail: https://t.co/ahBtiE4GAl

While tattoos are also discriminated against in neighbouring Japan, they are typically not censored like this when on foreign celebrities (but can be airbrushed out or covered up when on local ones).

Last year, Li Yuan described in The New York Times how on television the Chinese government has been censoring tattoos, earrings, and even cleavage in an effort to return to “core socialist values.”

This inclination isn’t exactly new and not even necessarily related to socialism per se. I’d argue that it runs deeper and is connected to larger societal mores. China has long been anti-tattoo: over a thousand years before the communist revolution. Tattoos were originally a form of punishment in China—a concept that spread to other parts of Asia.

In the earliest Chinese account of Japan, for example, that date from the third century, it was remarked how the Japanese tattooed themselves to mark social class and to protect themselves from sea creatures. (It’s interesting that this mentioned!) Later, as more Chinese culture was imported into Japan, the idea of tattoos changed. Punitive tattoos, originally a Chinese invention, were used to mark criminals in Japan. Tattoos were also looked down upon in Japan because they were seen as disrespectful to one’s parents as tattoos defiled the body bestowed by one’s mother and father. This shows the influence of filial piety, a core Confucian tenet.

China and Japan’s places in tattoo history are fascinating and intertwined. So many of Japan’s most iconic tattoo designs are of characters from the 14th-century Chinese novel Water Margin. Japanese artist Utagawa Kuniyoshi did prints featuring his own elaborate designs of these characters that continue to appear in Japanese tattoos even to this day. Other designs, such as tigers, were imported from China and used throughout Japanese art and, ultimately, in Japanese tattooing. Japan codified many of these designs and created its own distinct style. Yet, the inspiration often came from China.

Yet, in both countries, tattoos continued to be discriminated against, which is a shame.