GTA is free, there’s a new Paper Mario game and the Mayans are coming to Civilization. But none of that is quite as exciting as the ability to make your horse the Empress of Rome all over again.

Paradox Interactive announced that Crusader Kings 3 would be launching on September 1. There’s two chunks of gameplay to enjoy: a brief trailer put out by Paradox themselves, and a slightly longer unbroken cut of gameplay from IGN.

The unbroken sequence gives you a better look at some of the revamped UX and suggestions for new players. CK2‘s biggest problem – really the biggest problem with every Paradox game – has been UI clutter and a steep learning curve. For more advanced players, it’s not known yet whether CK4 fixes some of the more annoying problems, like the AI’s obstinance when it comes to decisive losses (just surrender, goddamit).

All in all, the UI is looking really good in CK3. I’m still curious on what the situation around modding support is and whether there’s been any quality of life improvements there, since the hilarity and scope of the mods is part of what gives Paradox’s grand strategy games such a long tail.

The whole map is a lot cleaner, but we’re also only seeing gameplay from what is clearly the opening turns. But the expanded map is nice, with a clearly expanded Asia and Africa to play in. And as an added plus: if you don’t want to buy into Crusader Kings 3 until gets more DLC, you can still access the base game through Game Pass on day one, which is a nice touch. 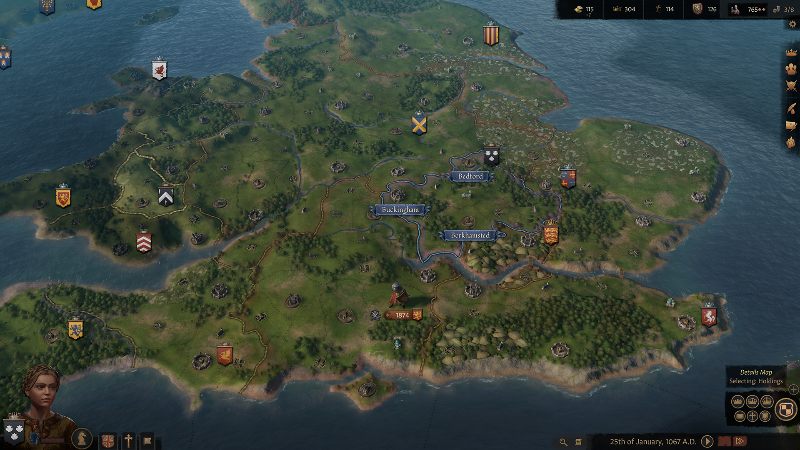 Crusader Kings II, one of the greatest strategy (and family murder plot) games of all time is finally getting a sequel, publishers Paradox has announced.