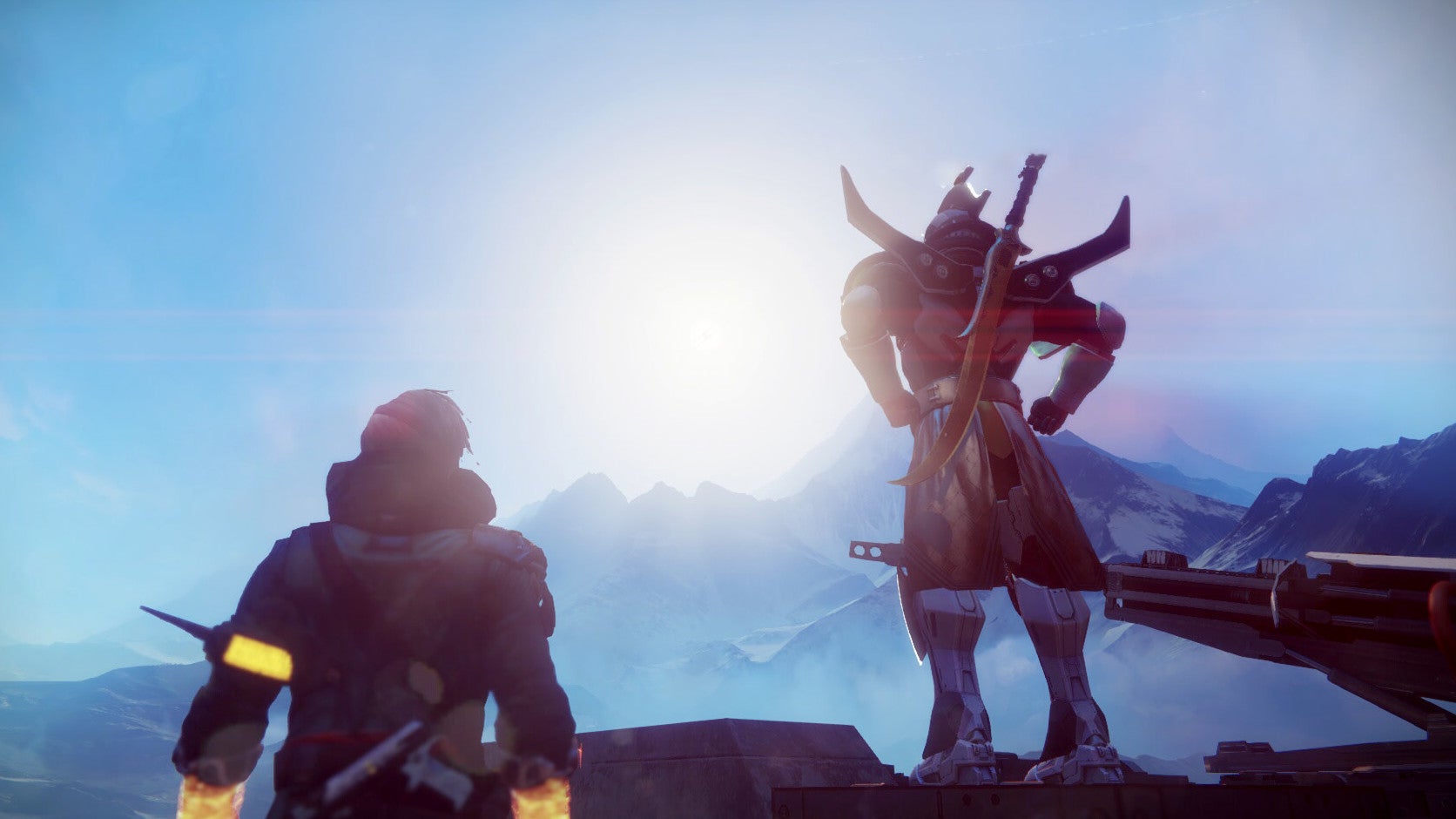 As the current season of Destiny 2 draws to a close, players are desperately searching for signs of a giant spaceship that’s supposed to be on a collision course with Earth. After today’s weekly reset, they finally found one by staring directly into the sun.

One of the first reports came in from the game’s subreddit. “I was staring at the sun trying to see the almighty and I can just about make out what I think is its shape,” one player posted. That was backed up by screenshots shared a few minutes later on Twitter by Forbes writer Paul Tassi, who’s been obsessively tracking this season’s environmental storytelling. 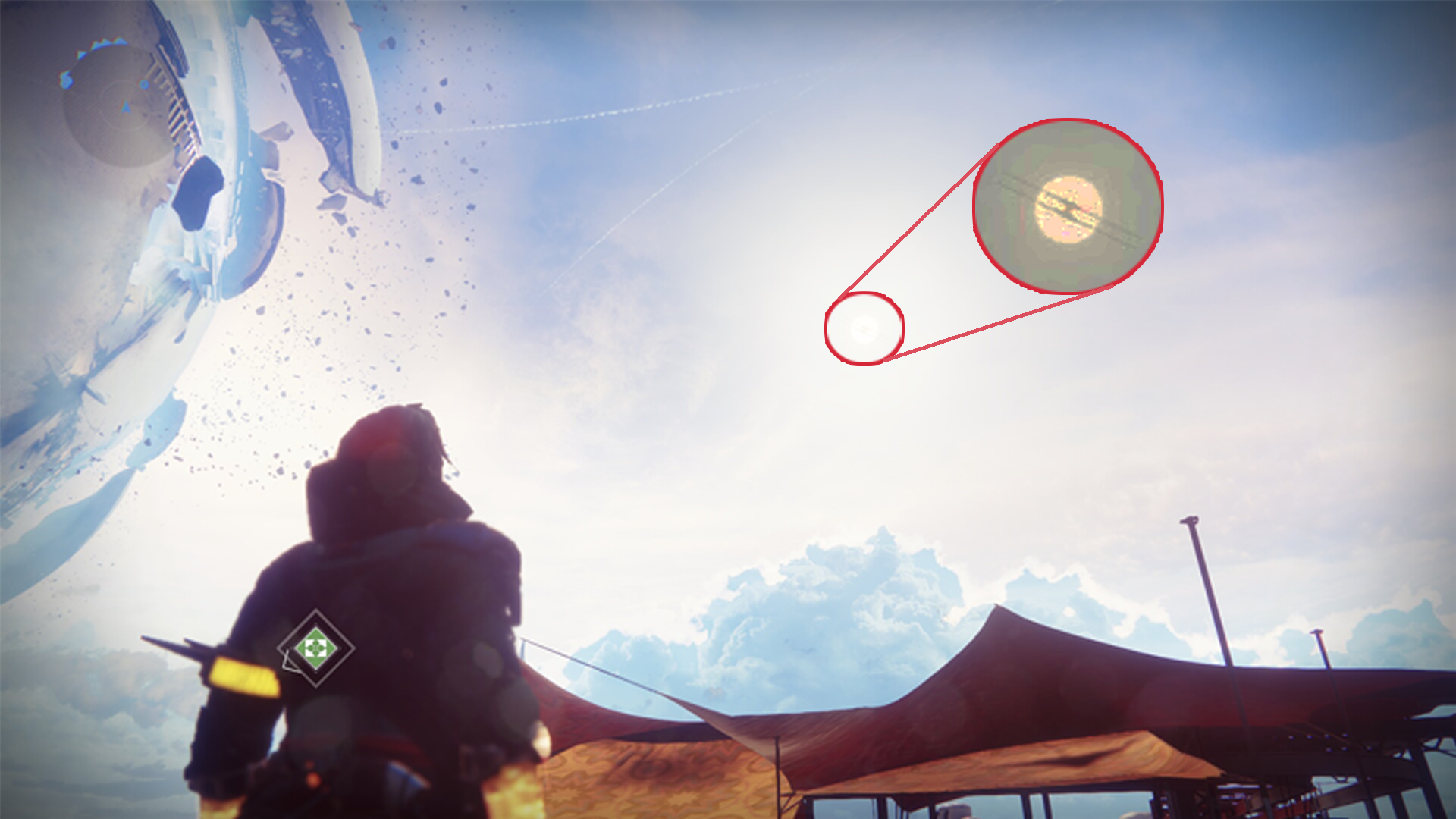 Sure enough, there’s a small dark speck right in the centre of the sun as viewed from atop the Tower. Another player shared their own screenshot with the sun speck magnified several times, revealing the silhouette of the Almighty, the cabal superweapon set to crash into Earth in a last ditch effort by Destiny 2’s bad guys to get revenge on the players who thwarted their plans for domination of the solar system.

I of course had to see it for myself, and after five minutes of staring I certainly convinced myself I was seeing it too. Upping the contrast in Photoshop helped confirm I wasn’t just imagining it. A bunch of other players apparently wanted to see it with their own Guardian’s eyes, including the Titan standing next to me as we both waited for the sun to finally rise. 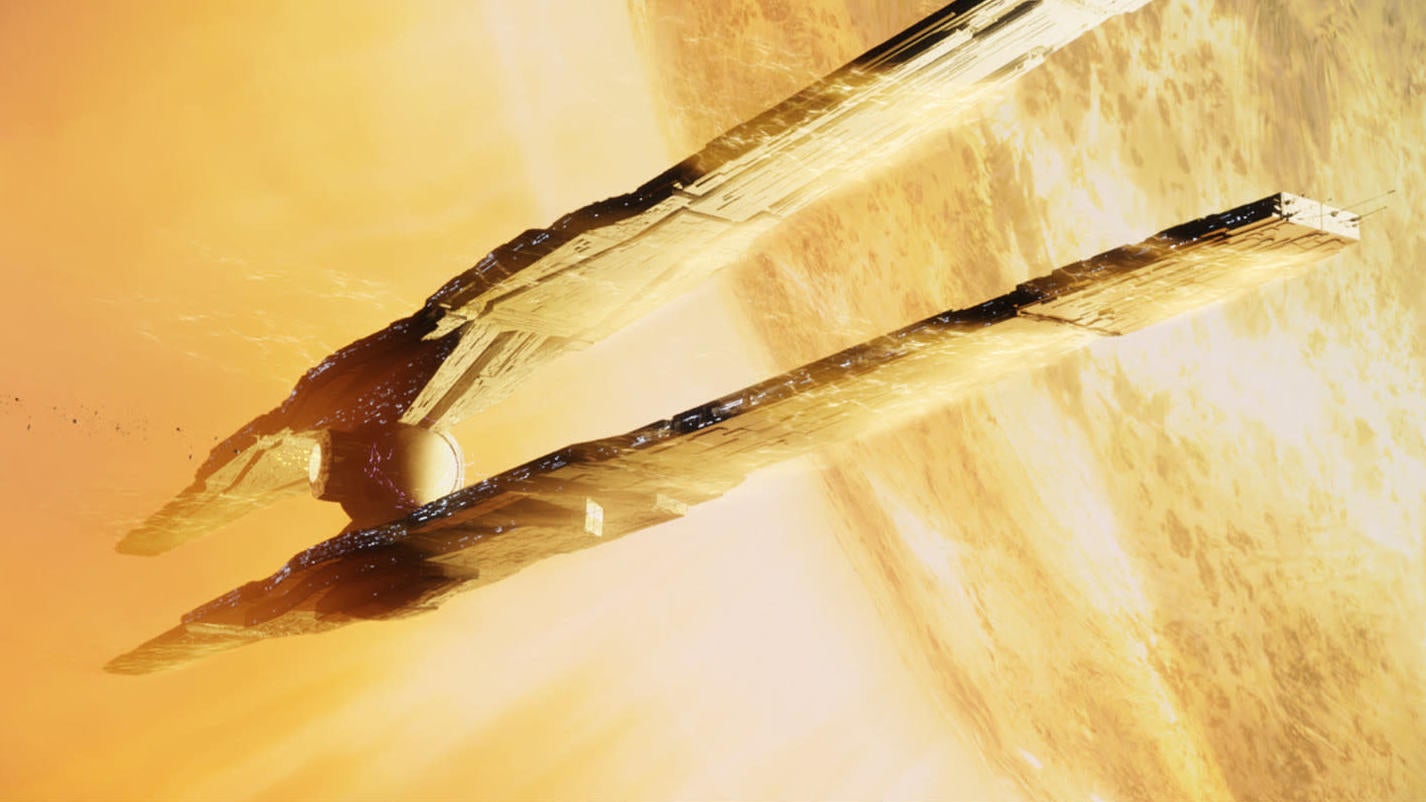 The Almighty looks like a giant TIE fighter and eats planets for fuel. It’s set to crash into Earth any day now. (Screenshot: Bungie)

It makes sense that the ship would be coming from the direction of the sun, since that’s where it was originally positioned in a bid to suck up the star’s energy. Still, it’s not clear whether this means we’ll actually see Rasputin, the solar system’s AI-controlled orbital defence system, blow it out of the sky before the end of the season two weeks from now, or if things won’t get fully resolved until after that.

In the meantime, players will probably continue spending way too much time staring at Destiny 2’s sun to see if they can notice The Almighty getting bigger as it approaches.