Shouting out to New Horizons for “holding it down while we wait for football season”, the Detroit Lions’ revealed its 2020 schedule with an Animal Crossing video full of adorable swipes at its rival teams.

We’ve got a bear being buried for Chicago, peaches being eaten for Atlanta, and a Green Bay fan brutally beaten with bug nets. They even use Redd’s shady ship to stage a Vikings raid. 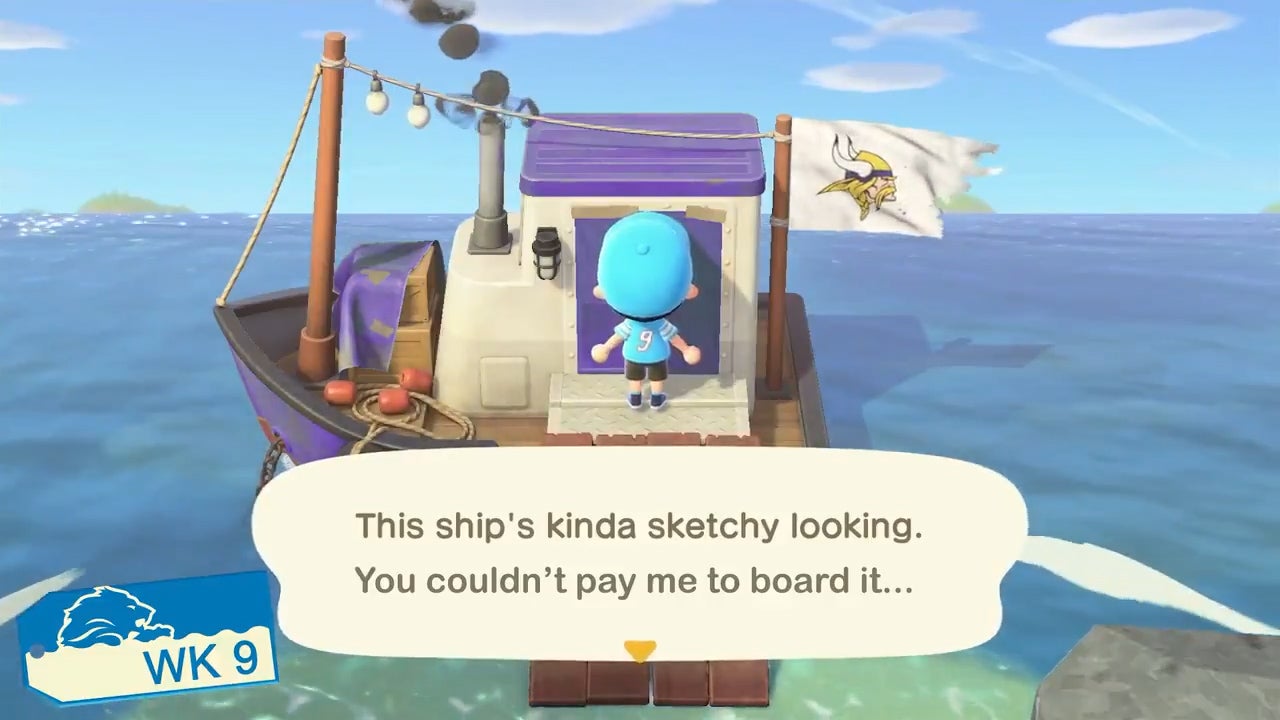 Check out the full video below. It’s good stuff.

The Lions followed up their video with custom clothing codes, so fans can show their pride in Animal Crossing.

Note that the Lions also did a schedule reveal on YouTube based on the Planet Earth documentary series, but this one is so much better.