Disney is going after unauthorised Club Penguin private servers, as a BBC investigation found one of the most popular fan-run versions of the kid-friendly social game was filled with racist, homophobic, anti-semetic, and sexual messages.

From its launch in October of 2005 to its closure in March of 2017, Disney’s Club Penguin was an online haven for kids and teens. Its notoriously strict filters kept fans from being exposed to foul language, made sure they could not share personal information, and moderated conversations to keep them hate-speech free.

Those filters and moderation were not present in Club Penguin Online, one of the many fan-run private servers that sprung up after Disney shut the official game down. Investigating claims of hate-speech and sexual content running rampant in the unauthorised game, which had more than eight million users, the BBC created multiple accounts and explored Club Penguin Online in several languages. It discovered that many servers had content filters disabled, allowing swear words and slurs in the game’s chat. In-game, the BBC found unmoderated racists content, including a player-created igloo decorated to spell out the n-word. 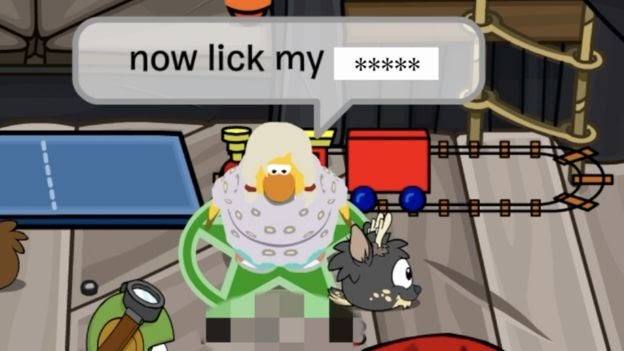 The BBC also found multiple players engaged in “penguin e-sex”, sending sexual messages back and forth. While Disney’s official version of the game kept players from sharing personal information, players in Club Penguin Online were able to share Snapchat, Instagram, and Discord info.

According to the BBC report, Disney has issued copyright claims to all private server games, giving them a deadline to close or face legal action. Disney also issued the following statement to the BBC:

“Child safety is a top priority for the Walt Disney Company and we are appalled by the allegations of criminal activity and abhorrent behaviour on this unauthorised website that is illegally using the Club Penguin brand and characters for its own purposes.

“We continue to enforce our rights against this, and other, unauthorised uses of the Club Penguin game.”