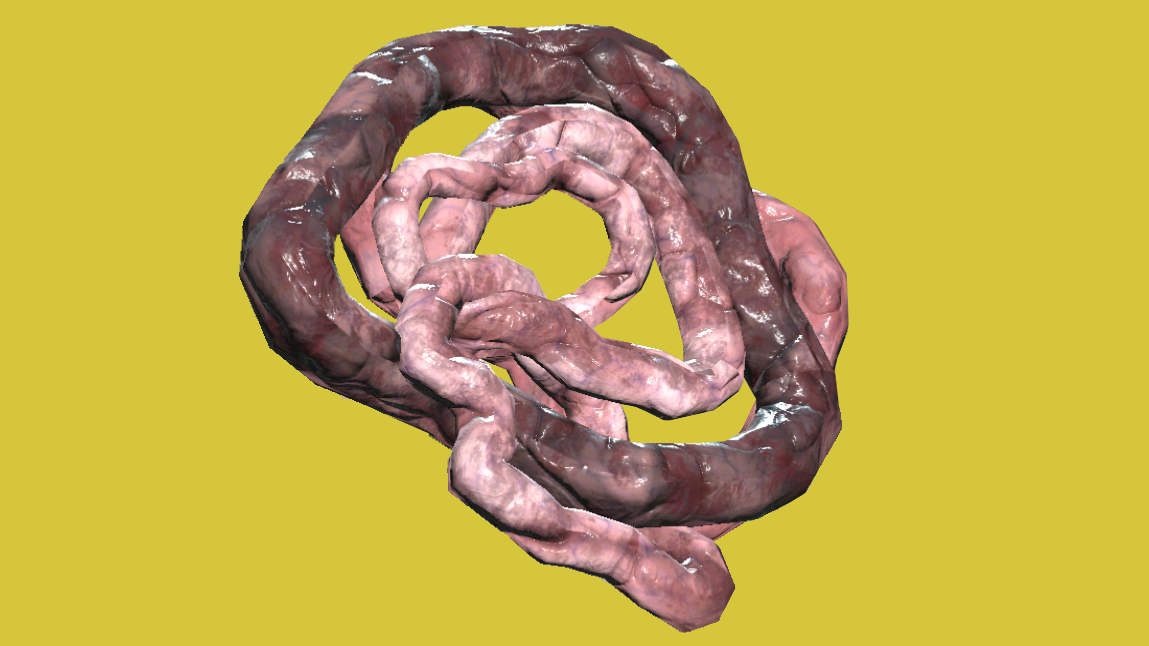 Image: Bethesda, <a href="https://fallout.gamepedia.com/File:F76_Intestine.png">Fallout 75 Wiki </a>

Fallout 76’s much anticipated Fasnacht Parade went live yesterday, but not for long. It was quickly taken offline after players discovered a bug that made it too hard to complete the event’s requirements. It’s the latest piece of Fallout 76 content to be derailed by a slew of recent technical problems.

The Fasnacht Parade, based on West Virginia’s version of the Swiss Carnival of Basel, has players protect a bunch of robots wearing elaborate masks as they parade down main street in Fallout 76’s town of Helvetia. If they complete the activity’s requirements within the given time limit and help enough of the robots survive, they get rewarded with loot, including the chance to get one of the rare Fasnacht masks worn by the robots. It was one of the game’s most popular events last year, in part because of how it brought all the players on a server together. This year’s version immediately hit a snag, when players were unable to complete one of the objectives in time. 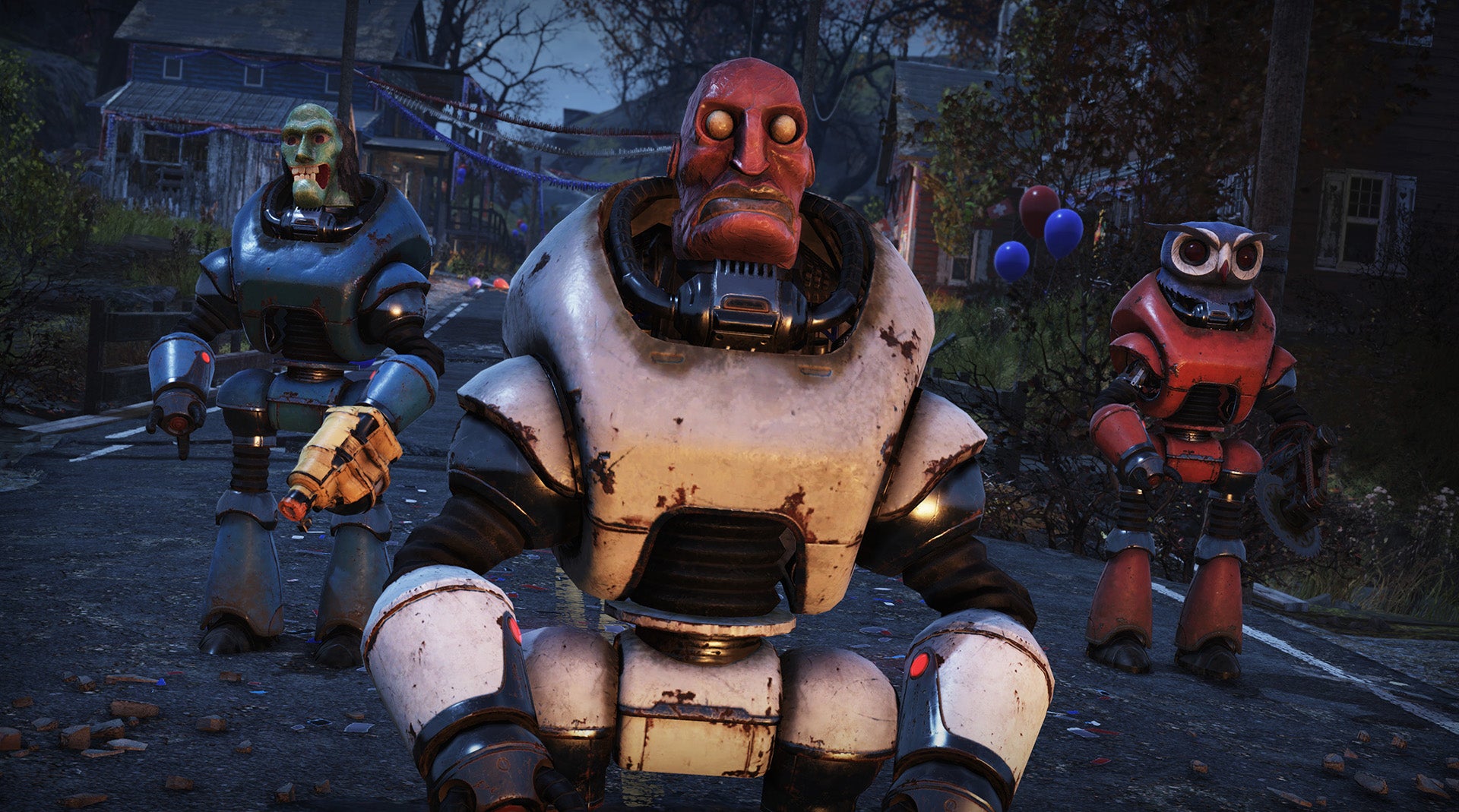 Before the parade can begin, players need to help the robots complete a number of preparations. Those include things like collecting wood for the burning of the Old Man Winter effigy and finding enough eggs to bake some delicious treats. There’s also a requirement to find a bunch of animal intestines to fill the butcher’s ice box. These are traditionally harvested from the game’s smaller critters like rabbits, frogs, and fireflies. Ever since the game’s major Wastelanders expansion hit last month, however, these local wildlife specimens haven’t seemed to spawn as much, leading players to struggle with what’s supposed to be the easy part of the activity.

“Unfortunately, due to the issue being reported here that is preventing critter spawns during certain objectives, we are going to disable Fasnacht Parade until we can implement a fix,” Bethesda wrote on Reddit yesterday. “We will reschedule the event once we have the fix ready to go.” 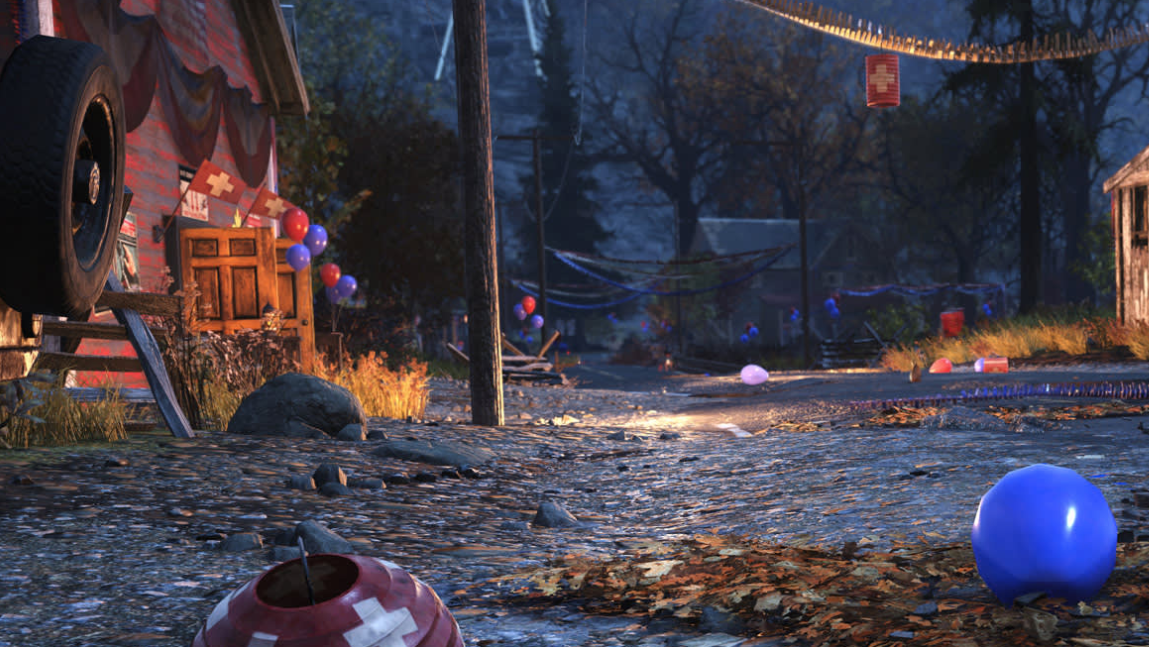 While frustrating on its own, this bug is one of a number of issues that have plagued the game recently. This month’s Mole Miner event was a bit of a flop, with poor drop rates for rare loot and little of value to be earned for high level players. Bethesda also took the game’s Display Cases and Vending Machines offline earlier this month to investigate some issues with them. Vending Machines especially are one of the game’s key tools for social interaction, allowing players to sell stuff more easily and providing an extra reason for them to visit one another’s campsites. Bethesda announced last week that the bugged equipment still isn’t ready to be re-introduced to the game. “That is taking more time than we had originally expected, but it is still a top priority for us,” a community manager wrote on the game’s forum.

This has become a somewhat standard occurrence in big games lately. New equipment and modes are constantly being added to and then temporarily removed from the big battle royales like Fortnite and Call of Duty: Warzone due to newly discovered bugs. Given the sheer number of bugs Fallout 76 continues to have, this puts it in a category of all its own, especially when these bugs cause new content to be delayed.