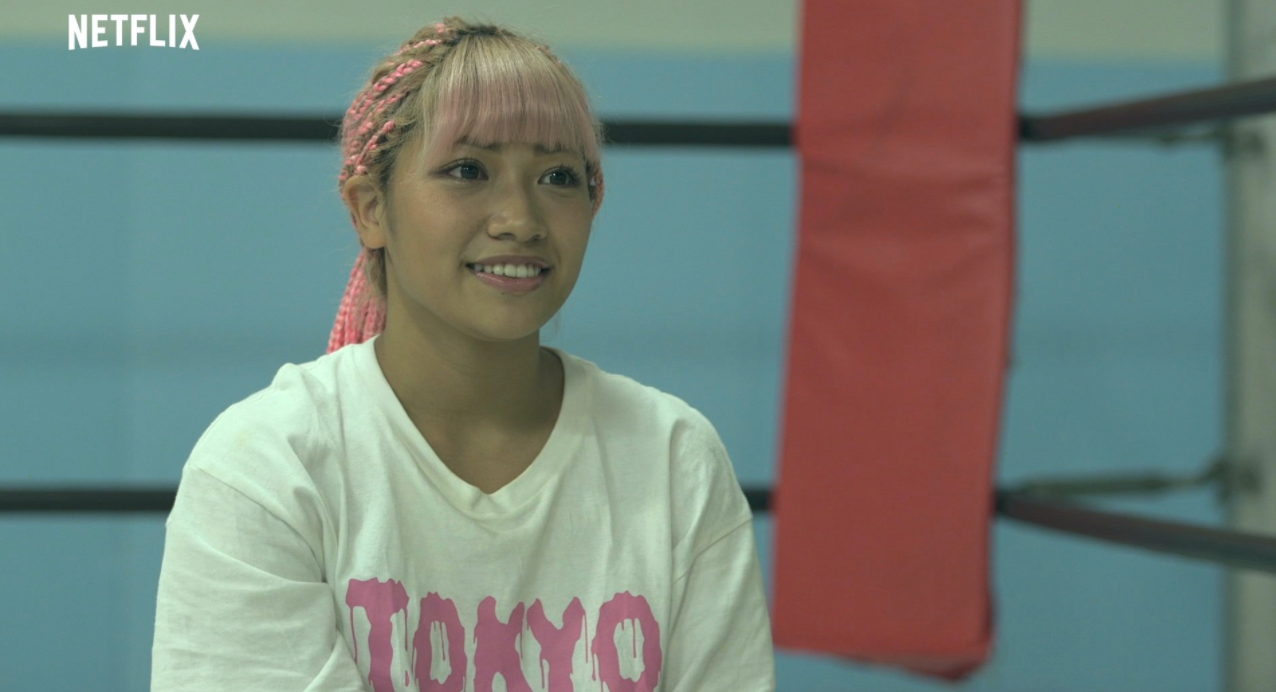 This weekend, Terrace House star and professional wrestler Hana Kimura died at the age of 22 years old. Fans around the world were saddened to hear of her sudden passing.

Note: If you are ever considering taking your own life, please know that there are people who will listen and can help.

Hailing from a wrestling family, Hana made her debut in 2016, and one of the reasons why she wanted to join the popular Terrace House series was to get people interested in wrestling. Stardom, the wrestling organisation to which Kimura belonged, issued a statement about her passing and while the cause of death hasn’t yet been officially announced, as of writing, it’s believed she died by suicide.

I think we all owe it to Hana to get Stardom as mainstream in the west as we did New Japan.#HanaKimura pic.twitter.com/C1BzDsvDci

As the current Terrace House season aired, Kimura experienced online harassment, which is thought to have contributed to her death. As Deadspin points out, this has brought new attention to cyberbullying. According to Asahi News, former Japanese Prime Minister Yukio Hatoyama tweeted that Japan should consider punishment for targeted, severe online bullying.

Even top govt. spokesman Suga comments on the death of #HanaKimura, stressing the need for boosting education on internet literacy as a measure against vitriolic language onlinehttps://t.co/lalJrhALgS

Kimura appeared on the latest season of Terrace House, which is set in Tokyo. Production was halted in April due to the novel coronavirus virus and has once again been suspended after Kimura’s death. According to the show’s official Japanese Twitter, episodes 43 and 44 were slated for Japanese TV on May 25 and 26 but won’t be aired. These episodes were also scheduled for Netflix, but according to the Netflix Japan account, the streaming of future episodes will be suspended. The US-based Netflix Twitter has yet to make a statement on the status of Terrace House: Tokyo 2019-2020.

Sponichi Annex quotes one Japanese TV insider as saying that considering the circumstances it will be “difficult” for the show to continue airing even on Japanese TV, something another TV insider also pointed out.

Terrace House cast members have written lengthy, emotional messages to Kimura on their social network accounts. Reina Triendl, one of the show’s hosts, wrote the following message in both Japanese and English:

花ちゃんの訃報に関して、﻿ 何らかの方法で花ちゃんを守ってあげることができたのではないかと、心を痛めております。﻿ ﻿ そして、人が人を不用意に傷つけることなく、もっと愛のある優しい世界をつくることはできないものだろうかと、考えています。﻿ ﻿ 心よりご冥福をお祈り申し上げます。﻿ ﻿ ﻿ The death of Hana Kimura is a real tragedy and, as a member of the Terrace House team I sincerely wonder whether I could have done more to better protected Hana in some way.﻿ ﻿ Also, I wonder whether it is possible for us all, off-line and especially also on-line, to create a kinder, more loving world in which we do not hurt and damage others, even inadvertently.﻿ ﻿ My thoughts and prayers today are with you, Hana, and with your family and friends.

The wrestling world has reacted to Kimura’s sudden passing:

Please let that sink in…22. She had her whole life in front of her.

I didn’t personally know Hana Kimura, but it’s still very painful to learn about what happened.

When it comes to cyber bullying – don’t do it, don’t partake in it, and do not respond to it…Stand for something better.

My heart is with all of her fans, friends, and family. ❤️

I hope I never hear someone describe..

“negative online comments”
as
“part of the job”

Because it shouldn’t have to be.

Please no more victim blaming “don’t let it get to you” advice.

I hope people can use resources and their support system before harming themselves.

But the people who need to change their behavior are the bullies.

I am completely sick to my stomach about the news of @hanadayo0903 This cyber bullying needs to stop! She had a bright future. I am so sorry Hana. #RipHanaKimura #HanaKimura

I tried to hold my laughter but once she said “I’m so muscle”, I couldn’t hold in the giggle.

Fans have been remembering Kimura with tributes and illustrations.

Be better. Be kind.

Although Hana Kimura was absurdly tough in the ring, in reality it seems she was a super sweet and sensitive girly-girl. She was a prodigious athlete who wanted to find love. pic.twitter.com/bJYqM6WCeY

People really need to be kinder to one another. Please stop the bullying. It doesn't cost a thing to treat people with kindness. This is very sad. ????#RIPHanaKimura #HanaKimura pic.twitter.com/Fg3llepCto

May she rest in peace.