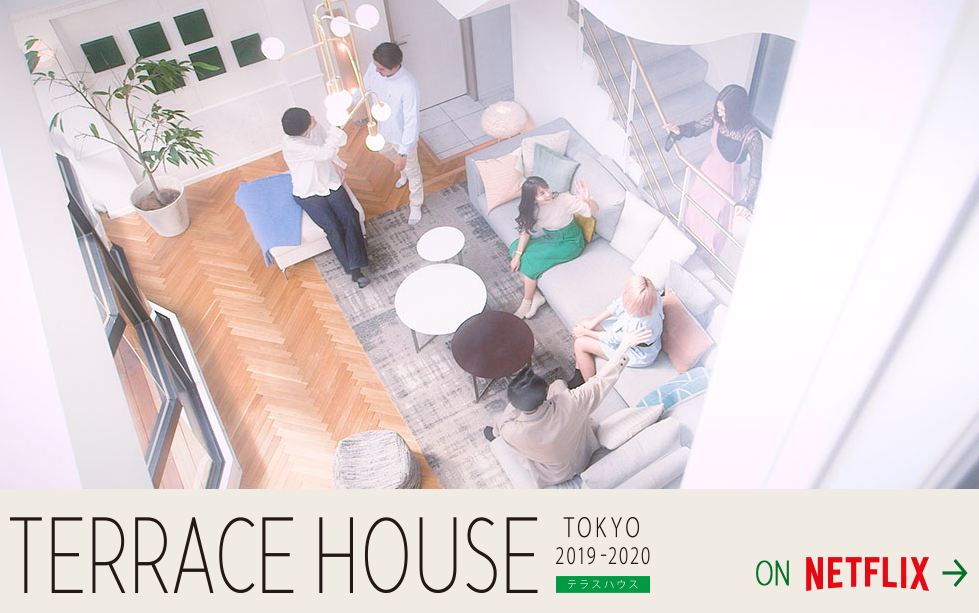 Today, the official website for Terrace House Tokyo 2019-2020, the latest season of the popular reality show, announced that production was ending.

“In addition,” the announcement continued, “regarding Terrace House Tokyo 2019-2020, we have decided to suspend production.” The announcement added that the show was taking what had happened very seriously.

In related news, there is an unconfirmed report on Yahoo! News Japan that the show’s creators apparently had a “storyline” for the show. The article also claims that the housemates did not really live together.

"#TERRACEHOUSE Gone Horribly Wrong":one of the production staff says in an intrvw w/a tabloid that yes, there was no script in the show, but the basic "storyline" existed. In fact, cast members didn't even live together; they just showed up for the house a few times a wk to shoot https://t.co/HqndryXxyw

Not sure how much of what's being described in the article is credible, and as a recent fan of the show, part of me always suspected there was something stagey about the way housemates interact. BUT, I'd be quite shocked if it's true they weren't really living together