Get Equipped With: A New Mega Man Comic Series

It’s been a while since Capcom’s beloved sidescrolling robo-hero Mega Man lit up the comics world, especially after his run at Archie Comics concluded. But now the boy in blue is ready to rock(man) and roll again, as part of a new limited series at Boom Studios…but he’s looking a little different from what you might expect.

We can reveal the first look at A.J. Marchisello, Marcus Rinehart,and Stefano Simeone’s Mega Man: Fully Charged, a six-part series based on the animated series of the same name, developed in collaboration with Dentsu Entertainment USA. Although inspired by the world of the show more so than it is the classic Mega Man video games, the series wants to go beyond the original series—which wrapped up this time last year—to explore a unique take on the video gaming icon. 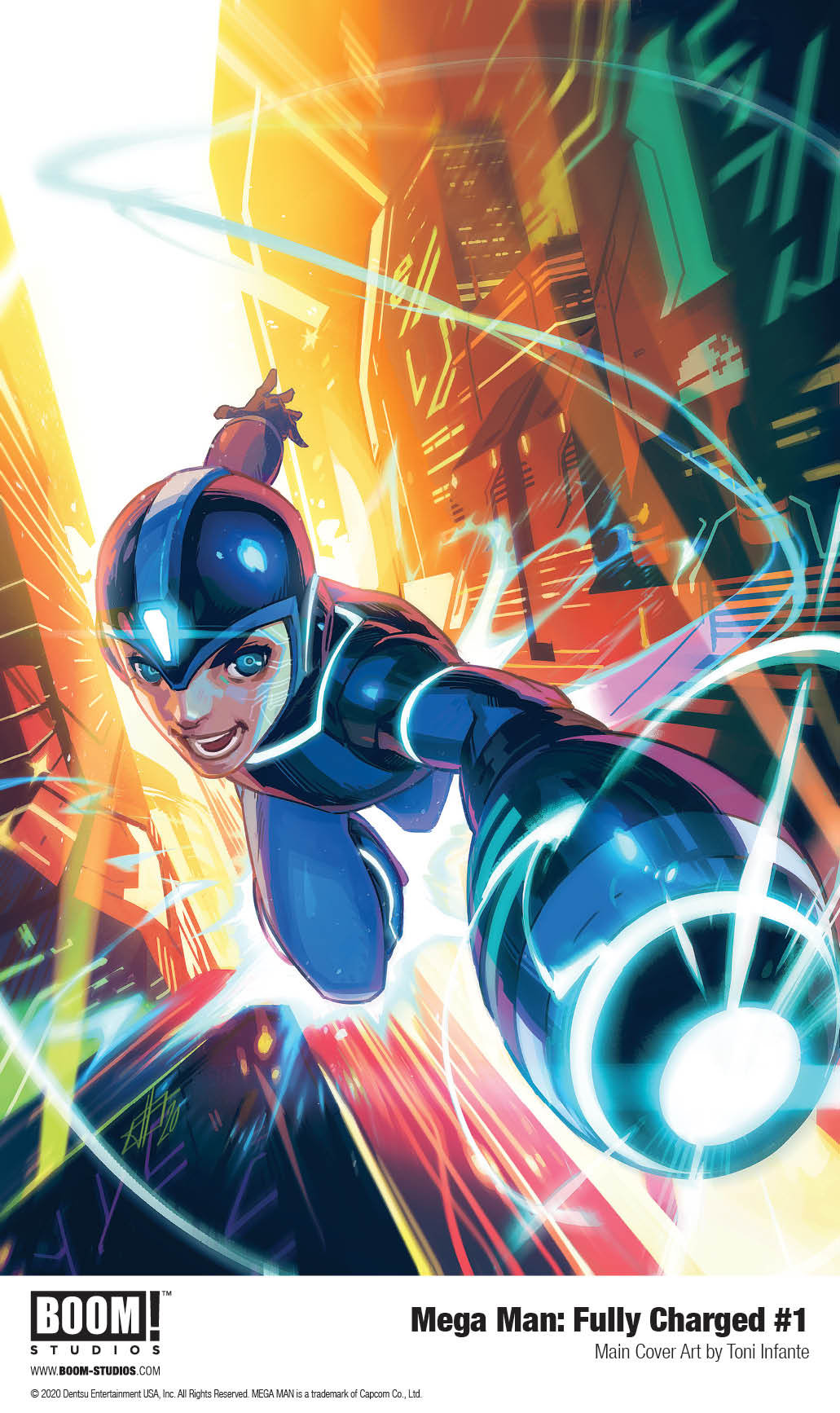 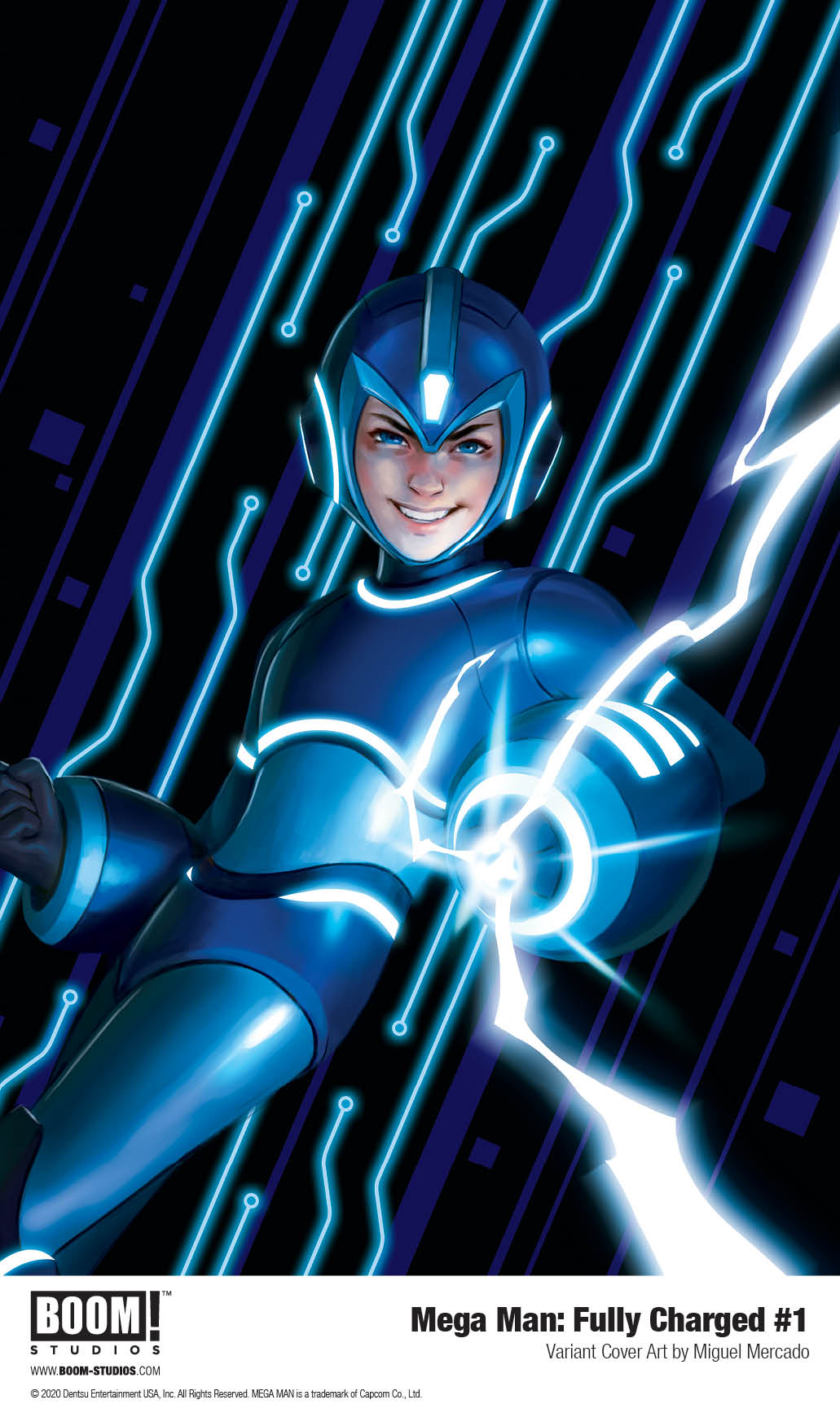 And what better way to do that than some existential trauma? The Fully Charged comic will see Mega Man (known as Aki outside of his suited-up form in the show) creator Dr. Light captured by the forces of his arch rival, Dr. Wily, leading to uncovered revelations about both Mega Man’s real past and the human/robot war he was built for.

But those revelations leave Aki full of questions—not just if he’ll be able to rescue his father figure from the clutches of Dr. Wily, but if he’ll ever be able to trust him about the truths of his past ever again. Check out a few pieces of Stefano Simeone’s concept arts for both Aki’s casual design and his armoured Mega Man look below! 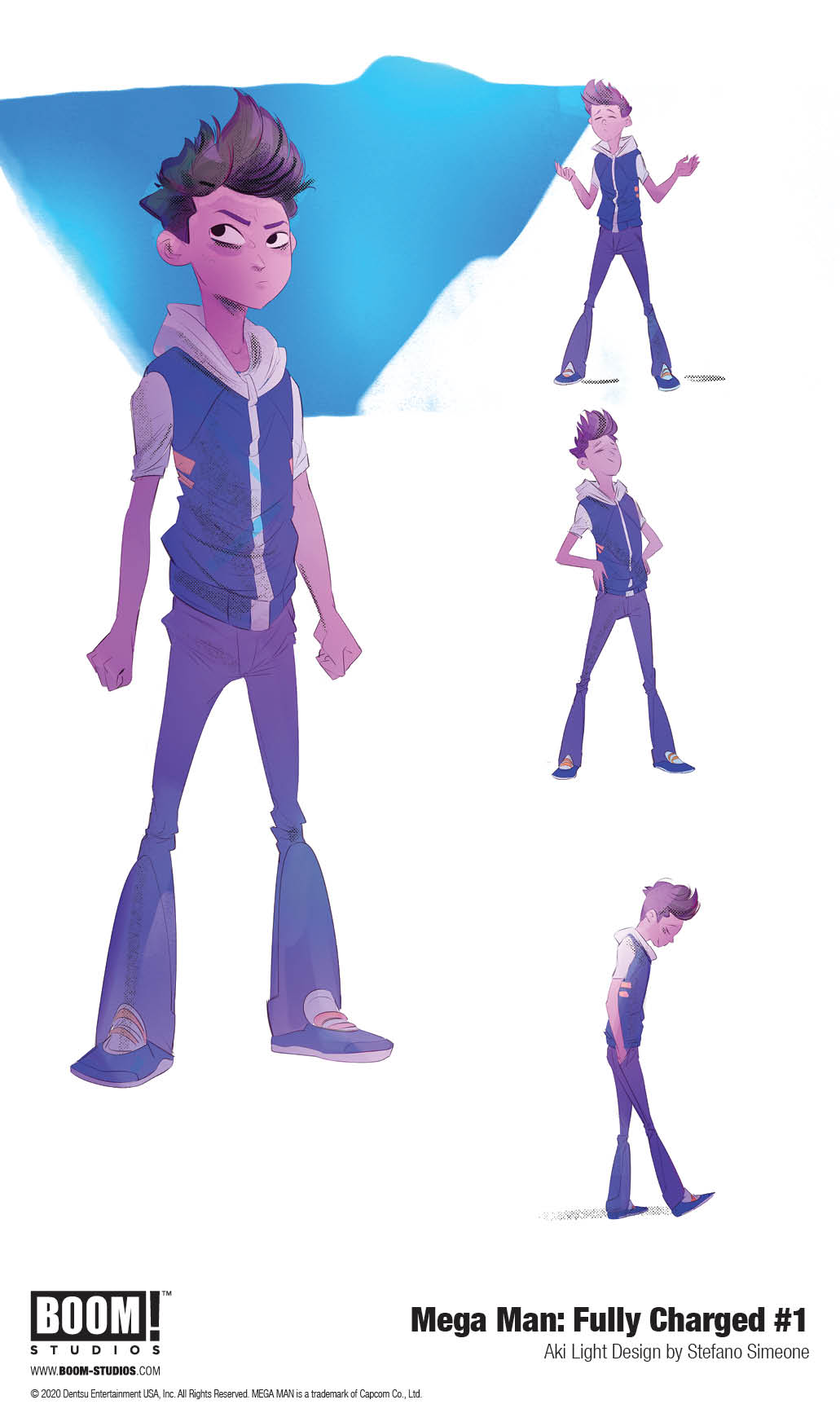 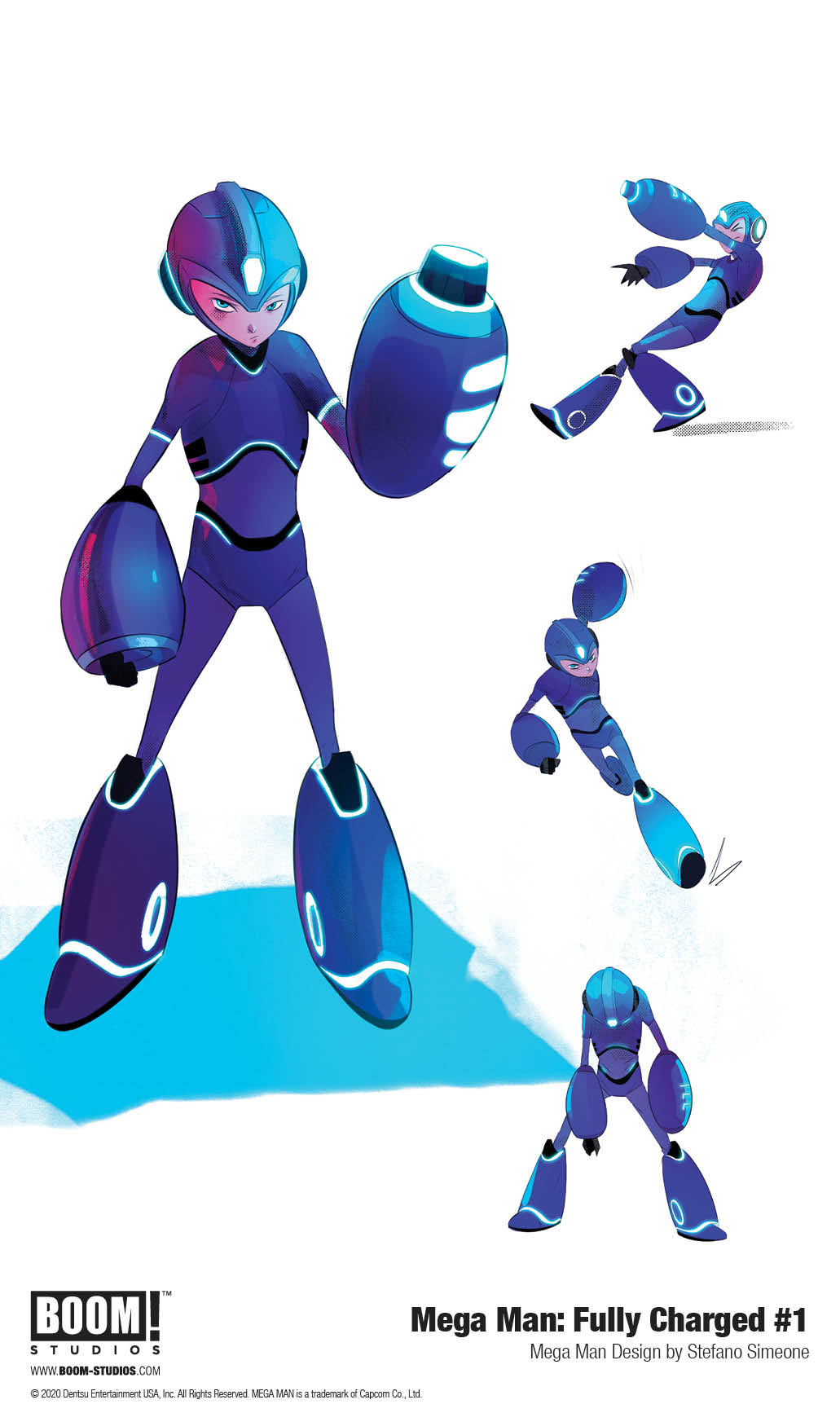 Mega Man: Fully Charged #1 is currently scheduled to be available both physically and digitally in August 2020—but due to the ongoing novel coronavirus pandemic, final release plans are subject to change.