Hasbro is giving its classic G.I. Joe toys from the ‘80s a modern makeover with a line of six-inch action figures called G.I. Joe Classified, featuring more detail and articulation than ever before. Today the toymaker revealed the Classified version of silent-but-deadly ninja Snake Eyes, and suddenly I feel like a little kid again.

Back in the mid-80s, before I grew into a much larger kid, Snake Eyes was the man. In a toy line where almost all of the cooler-looking characters were members of Cobra, a ruthless terrorist organisation determined to rule the world, G.I.Joe’s Snake Eyes was the Fonz. For one, he was a ninja, but also a hero, using his training as a deadly assassin for the power of good. Unlike other G.I. Joe members, with their military fatigues and dumb faces, Snake Eyes wore a mask like Cobra Commander and Destro. Cobra had its own ninja in Storm Shadow, but he wore white and you could see his eyes.

The Classified version of Snake Eyes is modelled after the 1985 version of the character, with his pouches and bandolier and that weird ridged eye-mask, replacing the 1982 mask, which was pretty much just sunglasses. The new figure, available for preorder for $US20 ($31) at Hasbro Pulse, is taller, and comes with many more weapons than the original. He’s got a backpack, which looks like a backpack and not a lump of black plastic. It does not, however, have Snake Eyes’ canine companion, Timber. That’s fine, emotional attachments make us weak.

Editor’s Note: You may need a U.S. postal address (or ShopMate) to pre-order the figure in Australia. 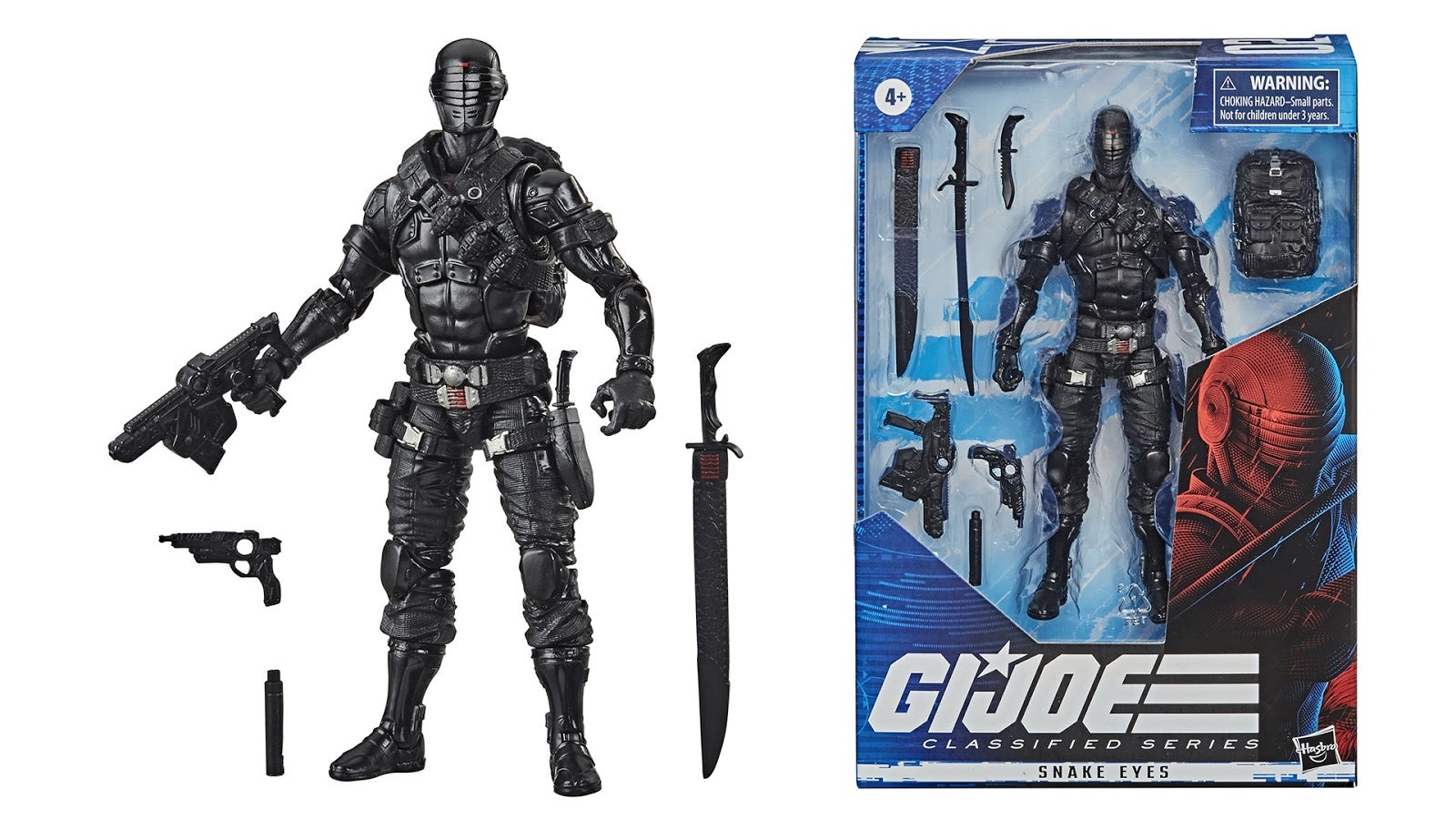 That is an angry-looking katana. (Photo: Hasbro)

There’s also a $US40 ($62) version of the figure that comes with many more weapons, a gear storage rack, and a collectible print, but it’s already sold out so put it out of your mind. 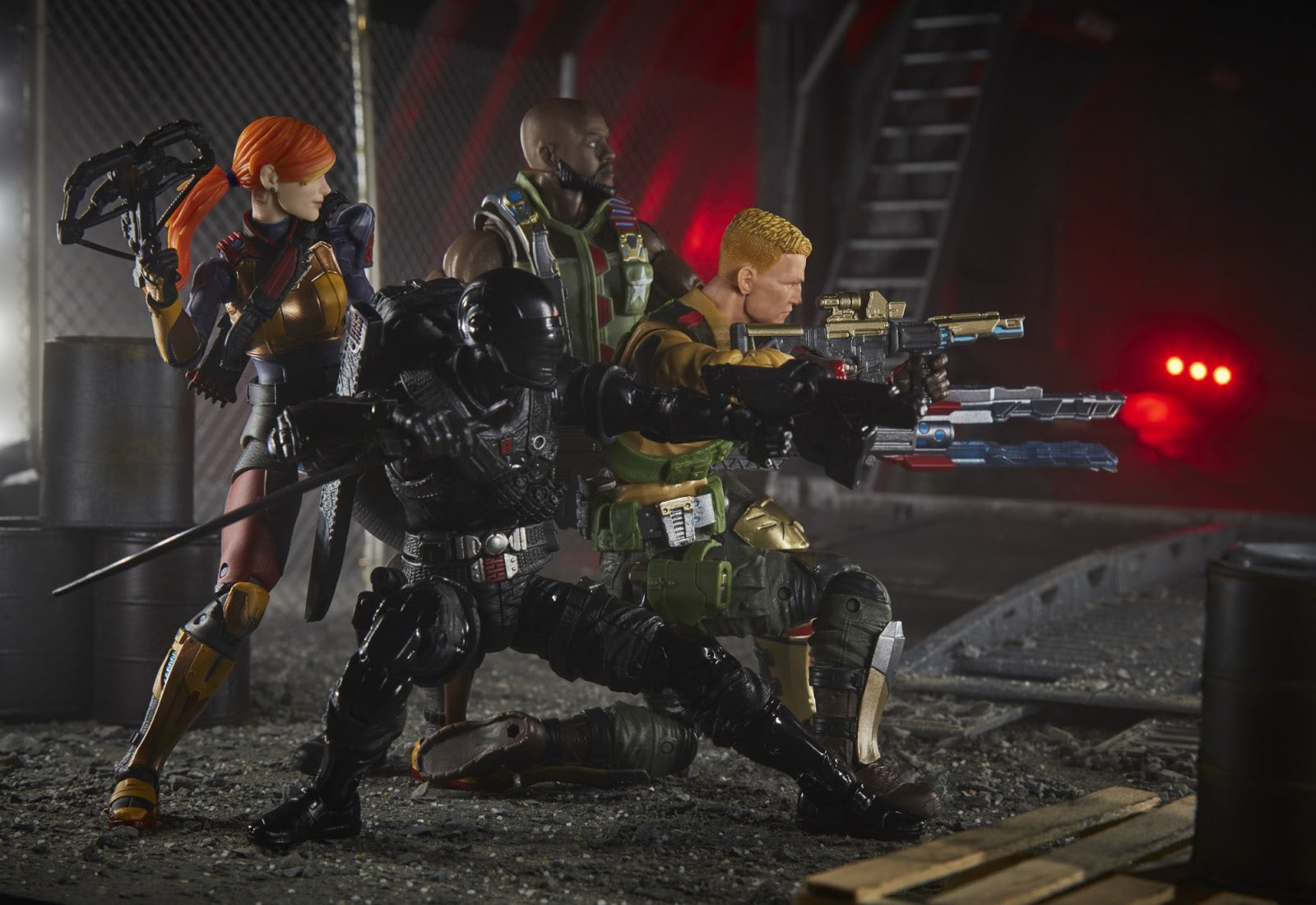 I love how the G.I. Joe Classified line is shaping up. Snakes Eyes joins Roadblock, Duke, and an wonderfully befreckled Scarlet on the good guy team when the toys launch in early July. Destro, the only Cobra character thus far, is already pre-sold out.

To celebrate the launch of Classified Snake Eyes, Hasbro is hosting a 24-hour livestream of classic G.I. Joe cartoon episodes on YouTube. They’ve got chat disabled, which is no fun, but Snake Eyes doesn’t talk, so at least it’s thematically accurate.