Hayao Miyazaki Is Taking His Time With His Next Movie 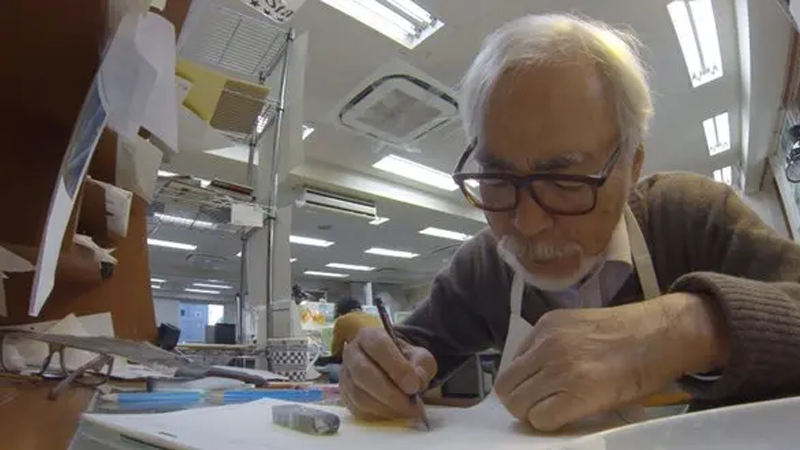 Entirely fair, frankly. Hand-drawn 2D animation? And like, with the state of the world right now? Hayao Miyazaki can do whatever he wants, including spend three years turning in 30-odd minutes of (presumably very gorgeous) animation with his team.

But speaking to Entertainment Weekly recently about the studio’s catalogue of beloved animated films disseminating across the likes of HBO Max and Netflix for the first time this year, Ghibli producer Toshio Suzuki offered a brief update on where Miyazaki and his team were at.

“The film that Hayao Miyazaki’s working on at the moment is a big, fantastical story,” Suzuki told EW via translator, before noting that both Ghibli and Miyazaki’s commitment to traditional hand-drawn animation and the current production delays the anime and film industries in Japan currently face thanks to the novel coronavirus pandemic, work on Kimi-tachi wa Dou Ikiru ka? is slow, but steady.

“We are still hand-drawing everything, but it takes us more time to complete a film because we’re drawing more frames,” Suzuki added. “So, there are more drawings to draw than before. Back when we were making My Neighbour Totoro, we only had eight animators. Totoro we made in eight months. [For] the current film that Hayao Miyazaki is working on, we have 60 animators, but we are only able to come up with one minute of animation in a month. That means 12 months a year, you get 12 minutes worth of movie. Actually, we’ve been working on this film for three years, so that means we have 36 minutes completed so far. We’re hoping it will finish in the next three years.”

That’s not entirely out of line with the five-year estimate Miyazaki had laid out when Kimi-tachi wa Dou Ikiru ka? was first revealed, y’know, not accounting for the foresight required to have predicted a late-breaking unprecedented viral pandemic in the back end of such a schedule. In an industry where crunch culture and overwork is commonplace to the point of casual acceptance, the fact that Suzuki went out of the way to explain that even with a much larger team Miyazaki’s movie is taking a much more gradual approach to production is welcome to hear.

When it comes to what really likely will be the last Miyazaki movie”dude’s gotta actually for-real retire at some point!”I think we’re willing to let him take the time he wants. Plus, it’s not like he’s gonna be spending his free time binging the streaming services his back catalogue’s now a part of, apparently.